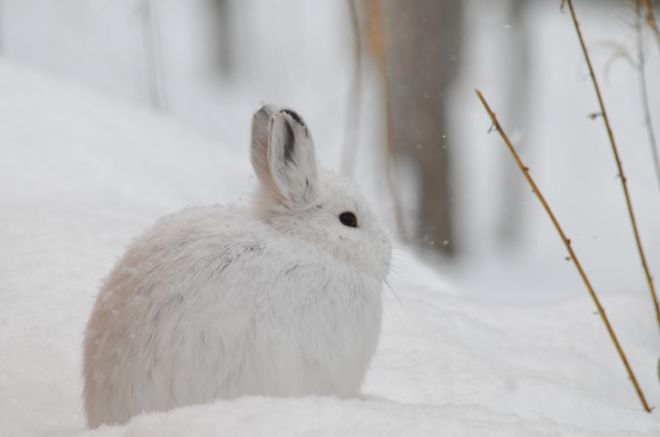 Named because of its large specialized hind feet which prevent it from sinking into the snow, snowshoe hares are an important part of the ecology of subarctic America, and dwindling populations have been closely associated with decline in predator populations, especially that of the Canada lynx. Snowshoe hares have a coat which is pure white in the winter, and rusty brown in the summer. 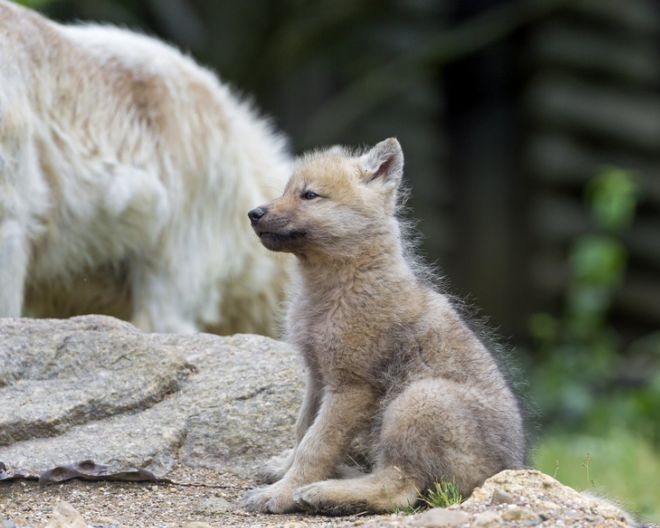 Like the dingo and the domestic dog, arctic wolves are a subspecies of the gray wolf, living exclusively on the Queen Elizabeth Islands between mainland Canada and Greenland, they feed primarily on muskoxen and hares. As gorgeous as they may appear, they are unafraid of humans and have been known to assault travelers at times. 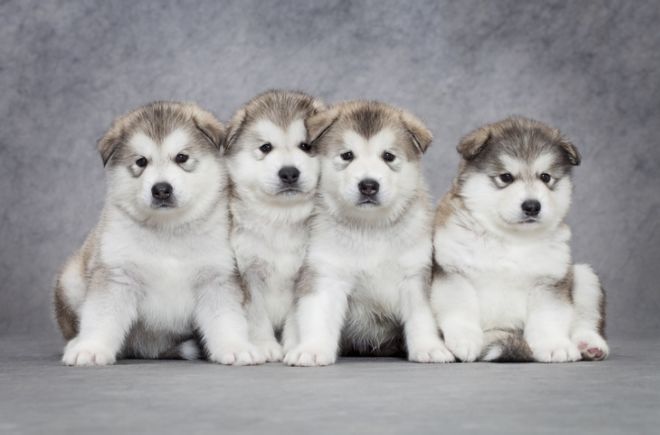 Not all of the animals of the arctic are feral. Malamutes were brought to America by the Inuit peoples when they crossed the Bering Strait. Malamutes are stockier and more powerful than huskies, having been bred for sledding and carrying freight. They are avid hunters, rarely bark and are extremely popular pets.

The gorgeous arctic fox resides in large, sprawling tunnels which provide cover and a quick escape from predators. Arctic foxes are typically more social than other fox species and may form packs to increase survivability. Their coat changes from snow-white in the winter to gray-brown in the summer.

Looking at how cute polar bear cubs are, it’s sometimes hard to imagine they grow up to be some of the most efficient killing machines in nature. Polar bears are among the largest bear species, about the same size as the Kodiak bear, with a longer, leaner build that is more suitable for swimming and navigating through the glaciers and the snow. Polar bears are the only bear species that is purely carnivorous, feeding primarily on seals. They hunt by sniffing out seal breathing holes and waiting for seals to emerge, upon which they drag the seals out to land where they cannot swim away.