The heart-warming first encounter shows six-month-old cubs Kamali, Zalika and Angalia as they attempt to play with their father, Zawadi Mungu ‘At first he was surprised but as time passed he grew more patient,’ said senior zoo keeper Laura Weiner.

Lions may be one of the world’s deadliest predators – but this male quickly assumed the role of caring father when meeting his cubs for the first time.
The heart-warming first encounter shows six-month-old cubs Kamali, Zalika and Angalia full of youthful intrigue as they bound towards their dad hoping he wanted to play.
Despite appearing withdrawn at first, 500lb Zawadi Mungu quickly got used to his young triplets bouncing around him with their mother Neka nearby in their Predators of the Serengeti habitat in Oregon Zoo, USA.

And aware of his new role he was quick to ensure they knew who was boss – giving them a gentle roar if they overstepped the mark or a light pat with his paw to calm them down.
Senior keeper for the zoo’s Africa section Laura Weiner said: ‘We were confident that Zawadi would be tolerant of his cubs right away and we’re glad we were right because the cubs rushed him as soon as they saw him.
‘At first he was surprised but as time passed he grew more patient.’
‘Within minutes he had female lions swarming him. I think all the attention must have been overwhelming because he quickly jumped onto a boulder to escape for a bit.’ 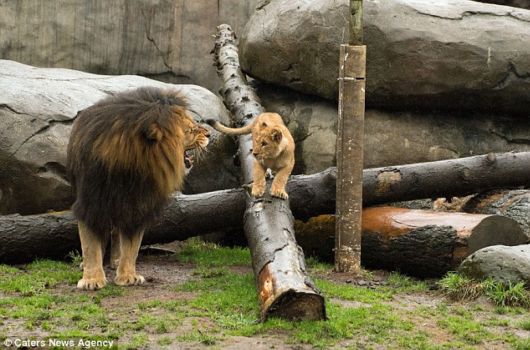 When the papa lion first encounters one of his cubs, he roars to show her who’s boss 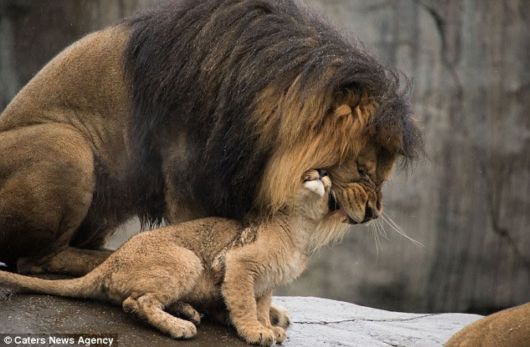 Hey Dad do you think I could fit my whole head in your mouth? 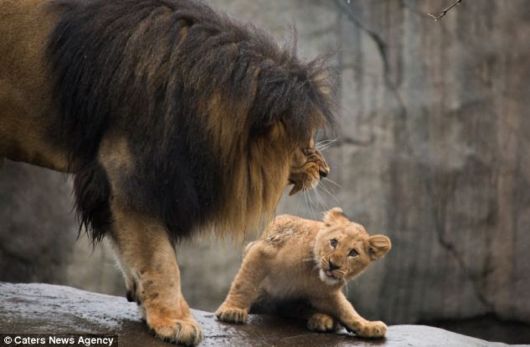 One day, little cub, you will be able to roar like me 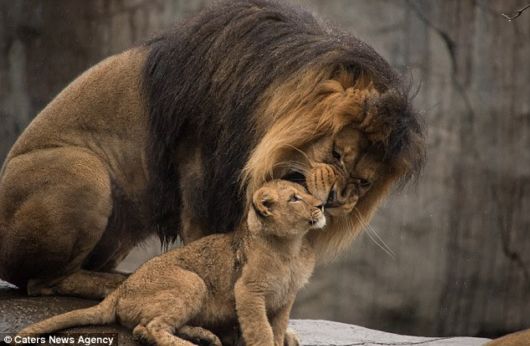 It’s OK dad. I heard you roar the first time 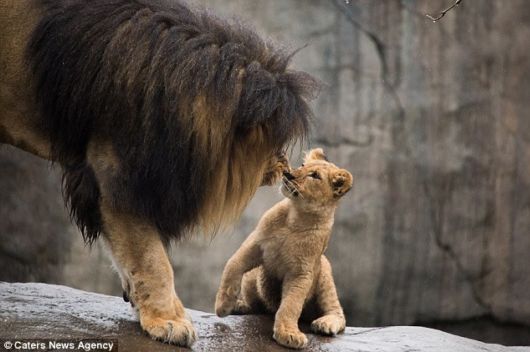 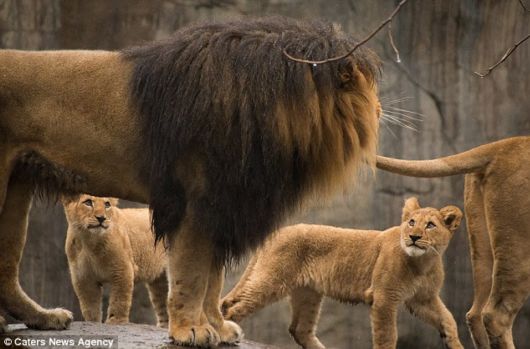 My father always said that family that preys together stays together 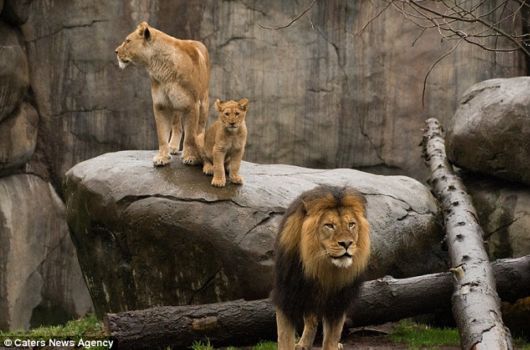 Do you feel as though we are being watched? 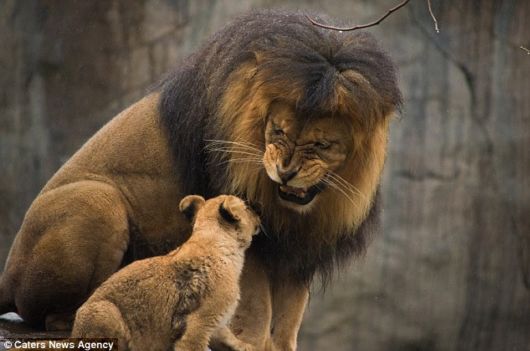 Don’t mind me Dad, I’m just snuggling in your mane