Come on in… the water’s freezing! Adorable penguins leap into icy ocean in Antarctica 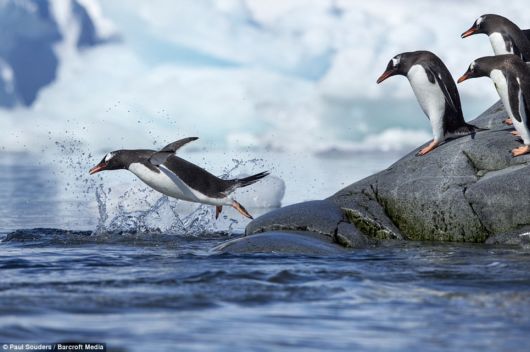 After you: The penguins were captured flinging themselves into the ocean from the rocky shoreline of Cuverville Island in Antarctica by wildlife photographer Paul Souders 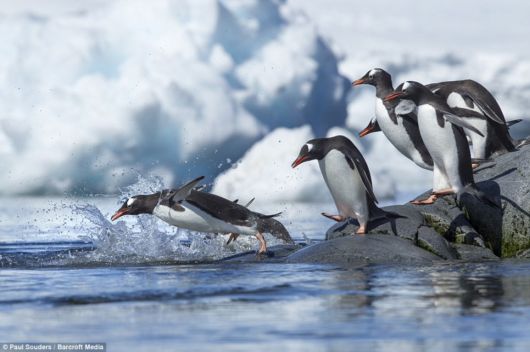 Taking the lead: The penguin’s companions gather around on the rocks as the creature skims over the icy water in Antarctica

One photograph captures a gentoo in mid-air above the ocean, leaving a trail of droplets in its wake.

Gentoo penguins reach a height of 30 inches and weigh around 12lbs when fully grown.

Like other breeds of penguin, gentoos can appear awkward waddling around on land, but the creatures are quite at home in the water.

Their streamlined bodies and paddle-shaped flippers can propel them to speeds of up to 22 miles an hour under water – faster than any other diving bird. 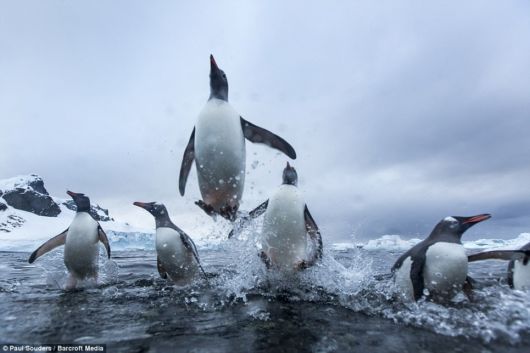 Happy feet: The penguins were spotted splashing around and leaping out of the water along the shore 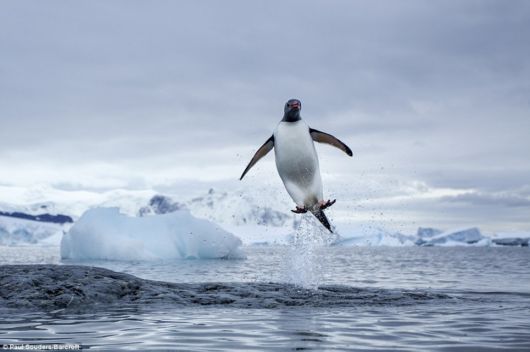 Walking on air: This incredible shot captures a leaping gentoo penguin in mid-air over the water off Cuverville Island in Antarctica 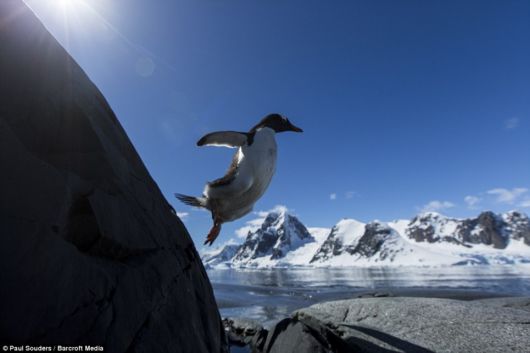 Graceful: Gentoo penguins can often appear awkward waddling about on land, but the creatures are right at home in the water 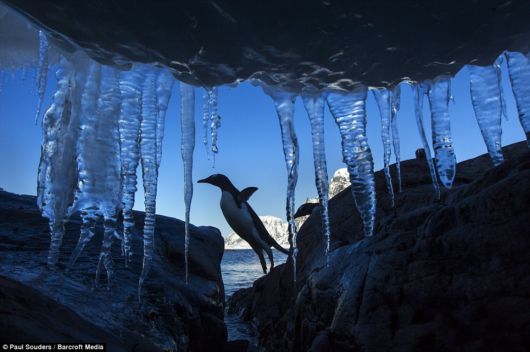 Silhouette: A Gentoo penguin is seen leaping from rock to rock as the sun sets over Cuverville Island 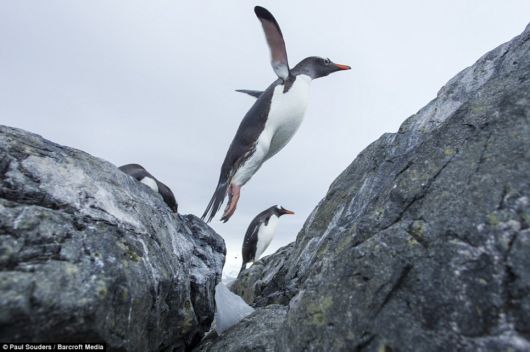 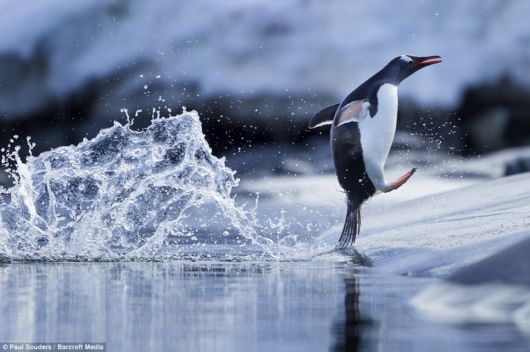 Jumping for joy: This cute creature was spotted making a splash along the shoreline of Wiencke Island 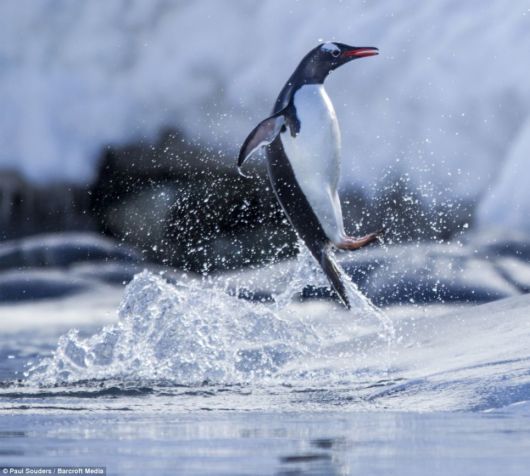 Ocean spray: The gentoo penguin kicked up a shower of droplets as it jumped around in the water near Port Lockroy on Wiencke Island in Antarctica 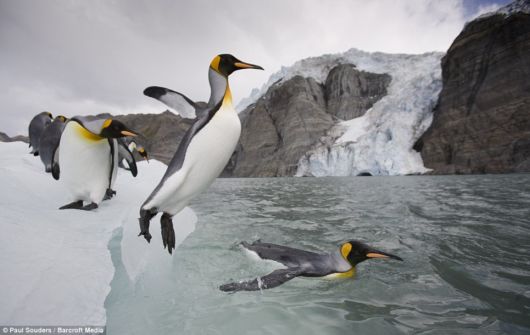 Time for a dip: In this shot a King penguin paddles in the waters of Golden Harbour, South Georgia Island, while its companions prepare to take the plunge