Ouch! What did you do that for? The playful white lions relieved to be out of quarantine after ten weeks

He’s the colour of snow… and just as nippy.

But the bite this male giving his fellow white lion a bite, causing her to yelp, is only playful. 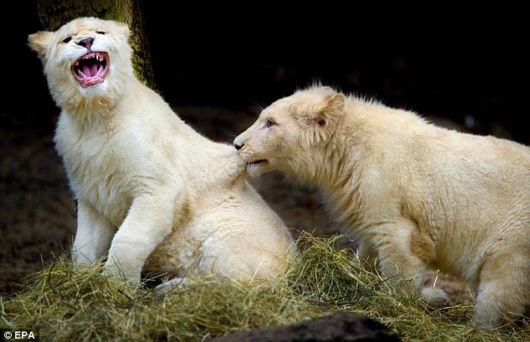 Nippy: A female lwhite ion yelps as mischievous male, Credo, bites her at Ouwehands Zoo in The Netherlands 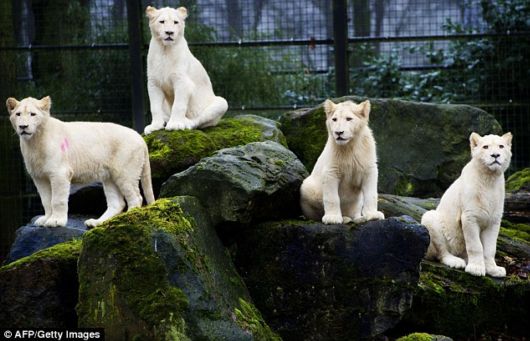 Mane event: The four lions, which cannot survive in the wild, are on public view for the first time

They are among four big cats who have just been released from quarantine after travelling to Ouwehands Zoo in Rhenen, Holland, from the Timbavati Game Reserve in South Africa.

The male, Credo, is seven months old and the females, Ilanga, Bhandura and Luna, are aged ten months.

Yesterday was their first appearance in public at the zoo, which is specialised in the care of endangered species. 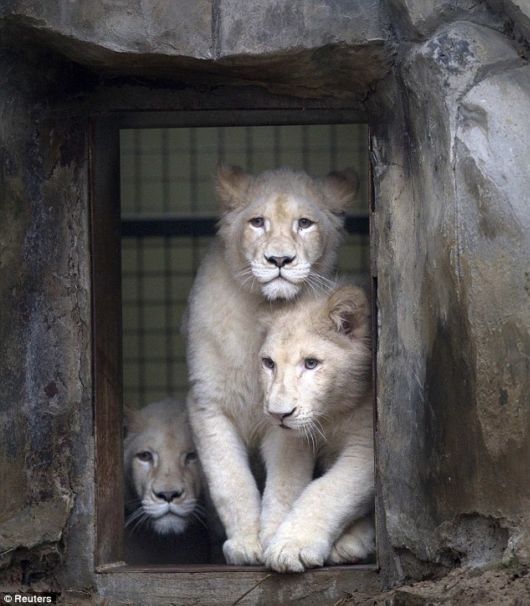 Hiding: The three young females hide as Credo stalks his enclosure looking to pounce with aim of playing 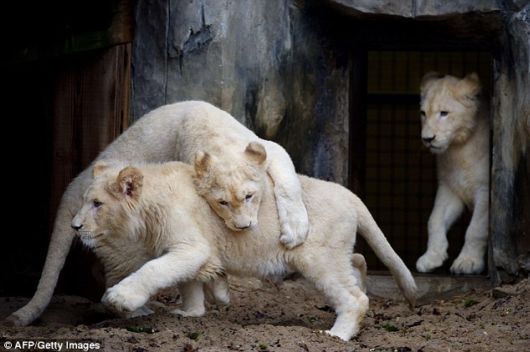 Gotcha! But Credo is pounced on before he has a chance to move 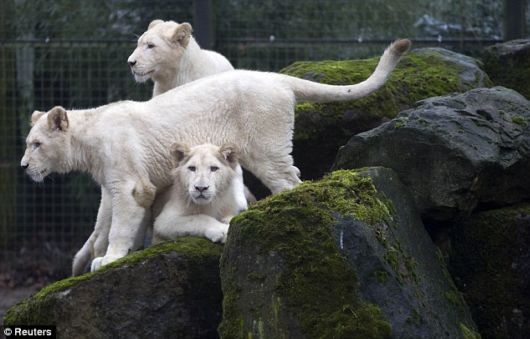 Trio: The women of the pride like to hang around together and a wary of male Credo 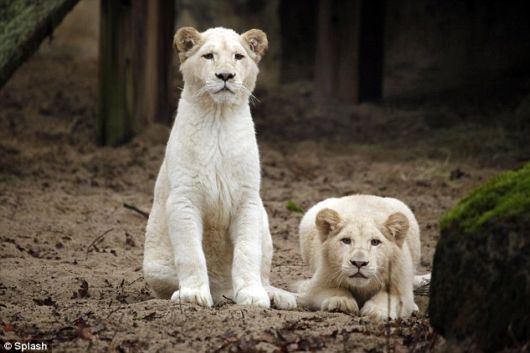 What’s that? The lions look bemused by the viewing public

White lions cannot survive in the wild because their colour stands out, not making for very good camouflage. 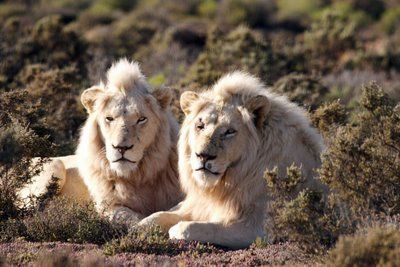 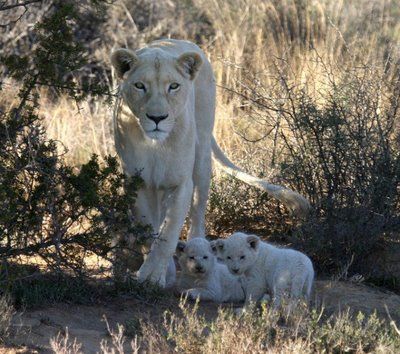 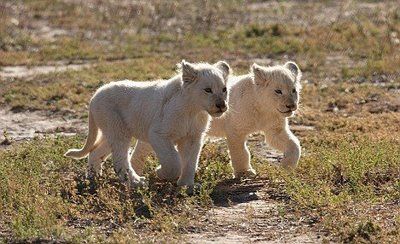 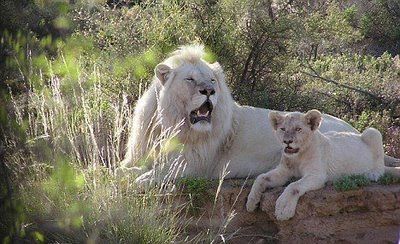