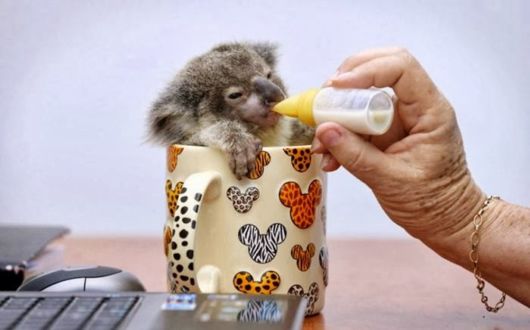 This is Raymond, an orphaned koala that was found abandoned beside a road in Brisbane, Australia. He was rescued by his human namesake and nursed back to health. Caretakers feared that Raymond wouldn?t survive because he weighed so little and wouldn?t feed properly. Julie Zyzniewski, who is looking after him, says: ?He had to be coaxed to feed. He was frail and his future was uncertain. Suddenly, one day he decided life wasn?t so bad and he has been absolutely powering along ever since?? 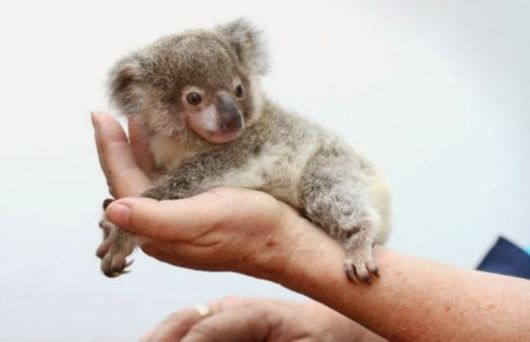 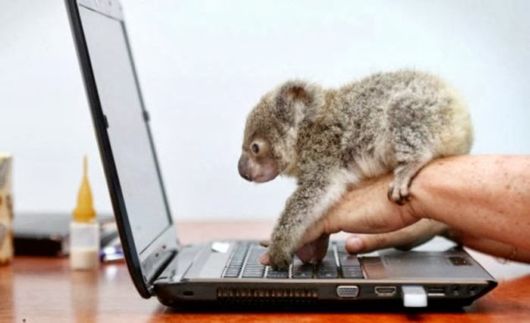 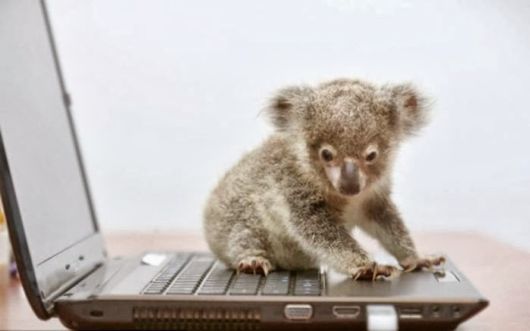 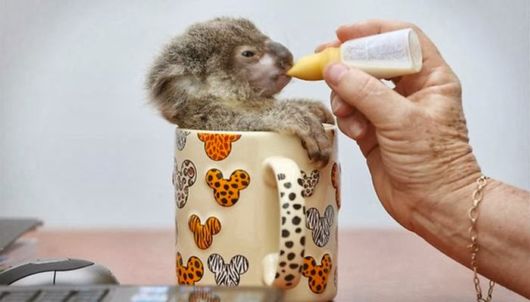