There are plenty of strange and scary looking animals in the world and some are still yet to be discovered. The majority of these animals are relatively harmless, but that doesn?t mean they don?t look absolutely terrifying. Here 18 terrifying and strange animals that you probably didn?t even known existed.

A sea pig, otherwise known as Scotoplanes usually lurks 1000 meters below the oceans surface and can be found around the Atlantic, Pacific and Indian Ocean. They feed off of organic particles from deep-sea mud. 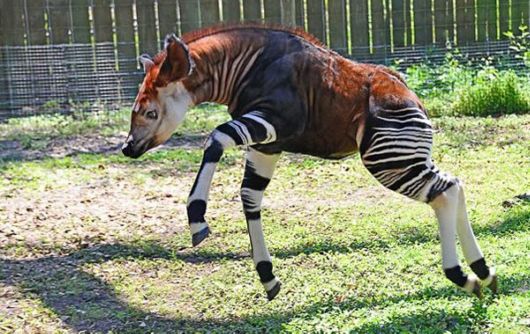 It might look like a Zebra but it?s actually more closely related to a giraffe. This mammal is native to the Democratic Republic of Congo, central Africa. 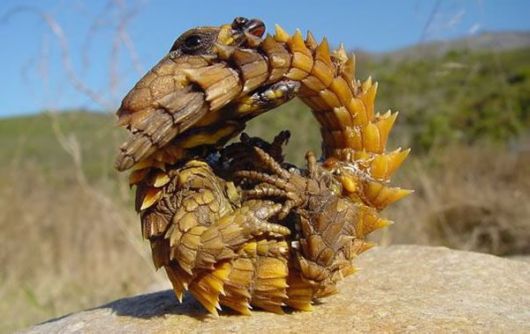 This awesome lizard is brilliantly camouflaged in desert like colours and has a ?false? head that it presents to predators by dipping the real one. 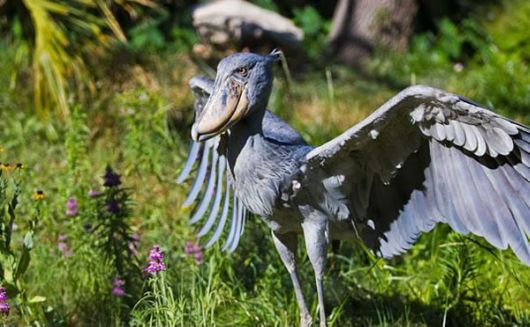 This large bird get its name from the shape of its beak and looks like something out of a fairytale. 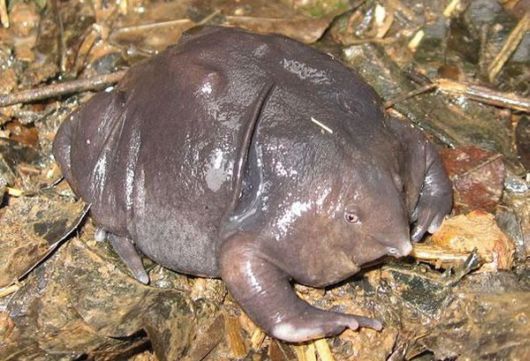 Found in India, this species of frog has a strange snorted snout and a bloated body. It only spends 2 weeks of the year on the earths surfaces for mating, it then returns underground. 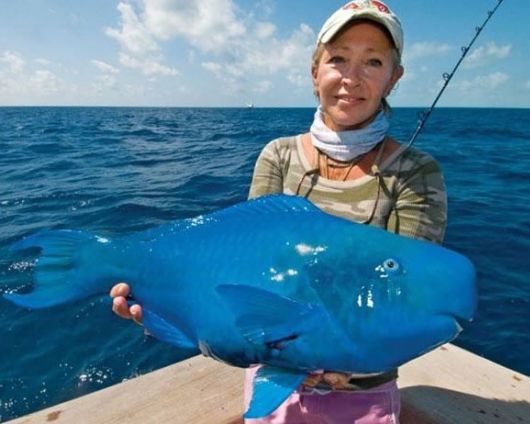 Not quite as scary, this amazing blue fish can be found in the Atlantic Ocean. 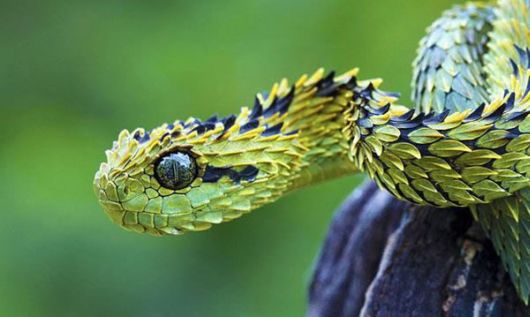 Living in the tree?s of tropical forests in Africa, the Bush Viper does most of its hunting at night. 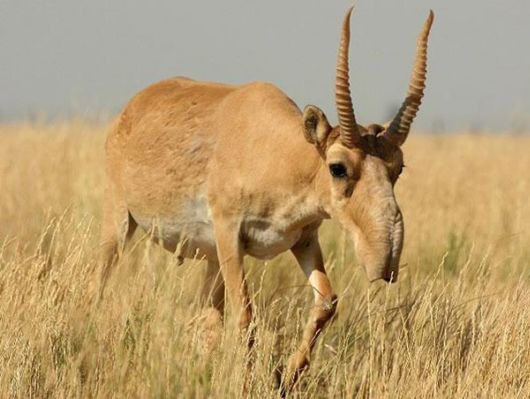 Well known for its oversized and strangely shaped nose. 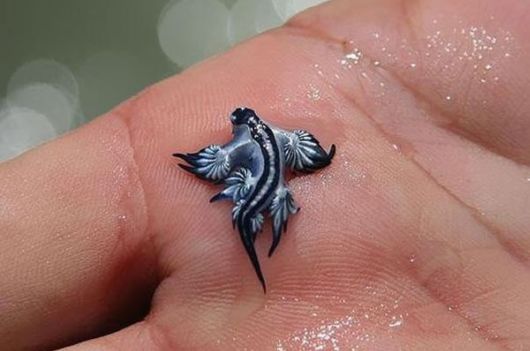 Also known as the blue dragon, it is a blue sea slug that can be found floating on the surface of warm waters due to its gas filled stomach. 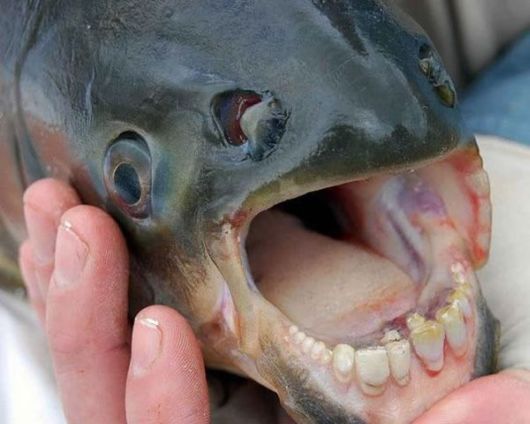 An explanation as to why this is known as the ?ball cutter? probably isn?t needed. Local fishermen would worry when they had to enter the water. 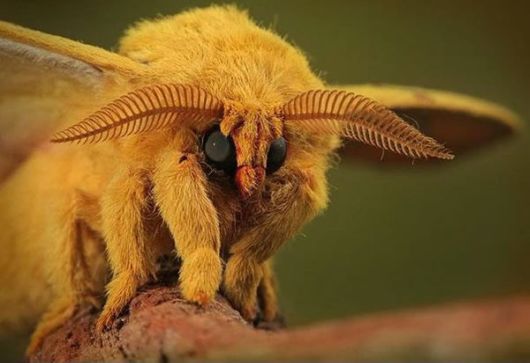 Discovered in Venezuela in 2009, we still don?t know that much about this strange looking moth. 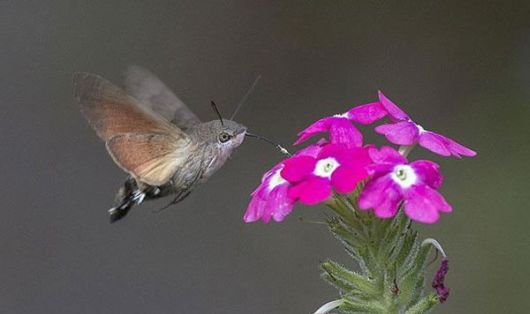 As this moth feeds on flowers it looks a lot like a hummingbird and makes a very similar sound. 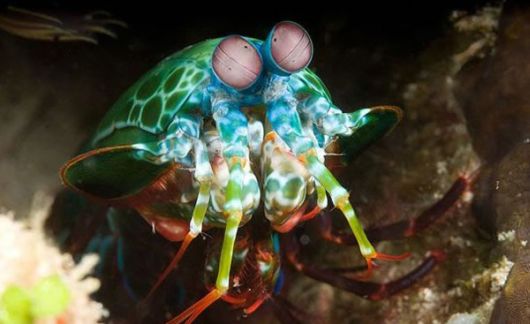 Also known as ?sea locusts?, ?prawn killers? and even ?thumb splitters. They can be found in tropical and sub-tropical waters. Little is known about them as they spend a lot of time hiding in their burrows. 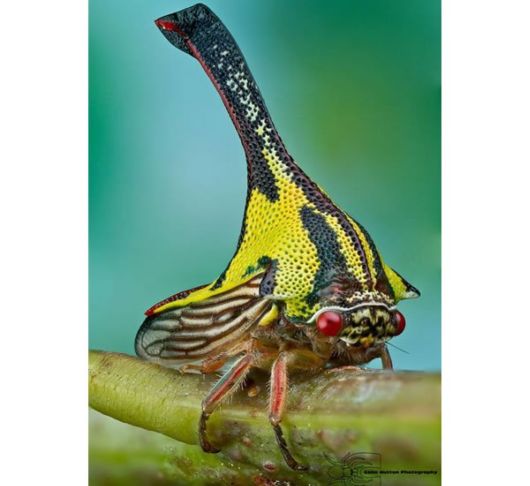 These strange looking bugs use their beaks to pierce flower stems to feed. Scientists still don?t know much about their unusual appearance. 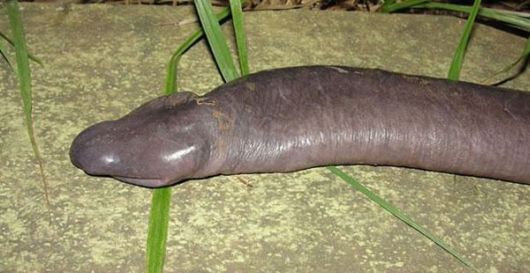 Well? this animals is actually called Atretochoana eiselti. It is a large caecilian amphibian with a broad, flat head and a fleshy dorsal fin on the body.
The Panda Ant 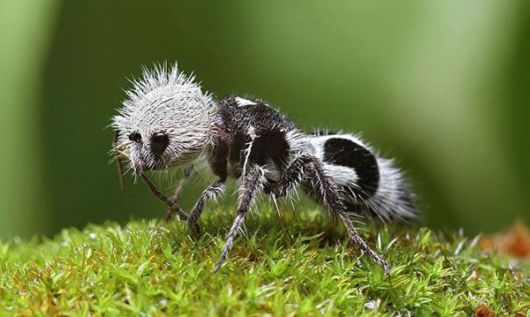 Found in Chile, they are well known for their extremely painful sting. The name panda ant comes from the black and white hairs found on some specimens. 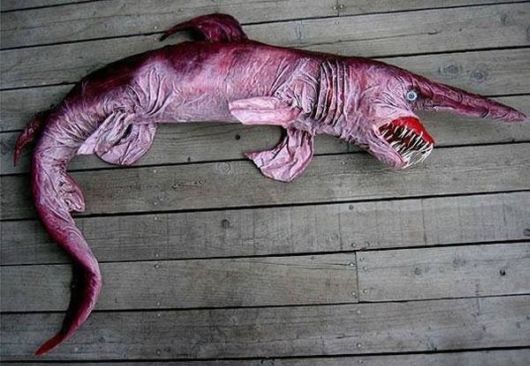 Worry not! Goblin sharks are found around the world, but only at depths of 100m (330ft). That means you are very unlikely to come across one and they pose no threat to humans. 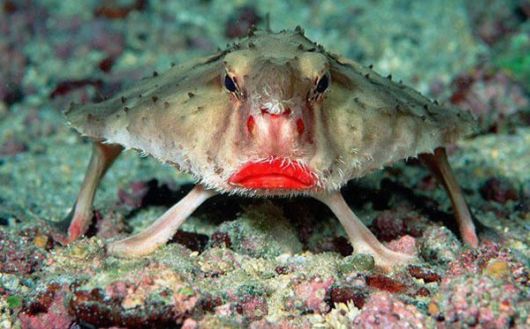 Found on the incredibly diverse Galapagos Islands, this fish is fairly useless at swimming so walks the seabed instead.