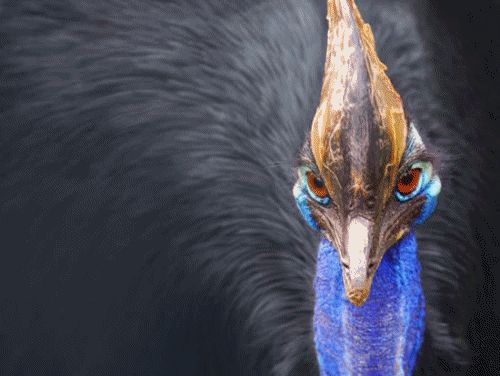 According to the Guinness Book of Records, the Cassowaries are the
world’s most dangerous birds, capable of dealing fatal blows.
They are very unpredictable, aggressive creatures,
especially if wounded or cornered. 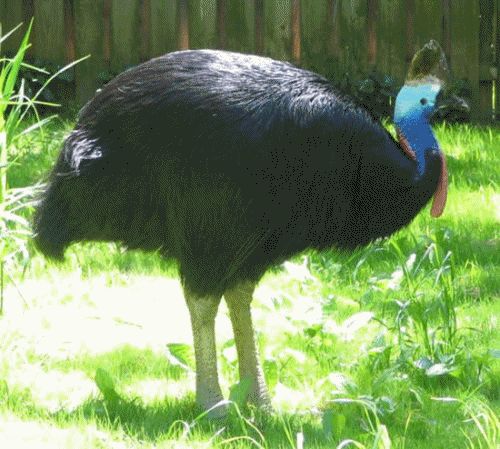 The Cassowary lives in the rain forests of Australia and New Guinea
and are actually pretty shy animals if undisturbed,
but if you get to close and it thinks you’re a threat you could receive
a bone-breaking kick or get sliced by its dagger-like sharp claws. 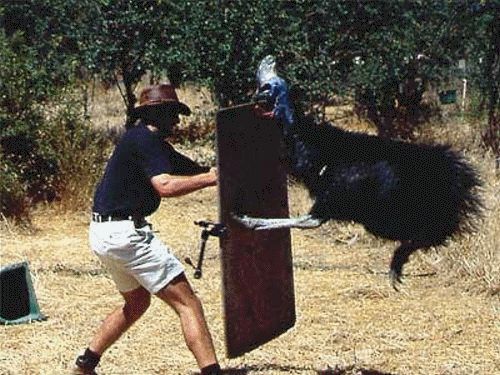 During WWII, soldiers stationed in New Guinea were warned to
stay away from these birds, but some of them still became victims. 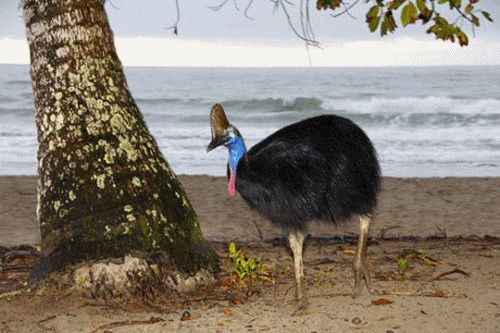 The Cassowary is also one of the most difficult animals to keep
in the Zoo because of the frequent injuries suffered by
Zoo keepers that look after them. 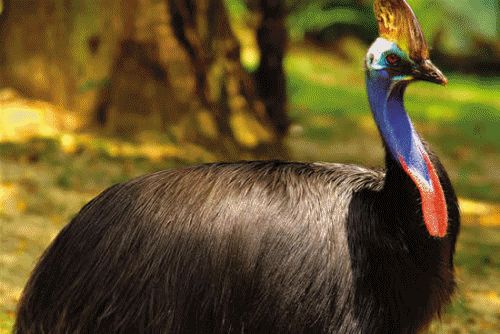 This bird can take care of itself, but, unfortunately, this doesn’t seem
to help it very much against human cruelty and it is on
the endangered species list, along with so many others? 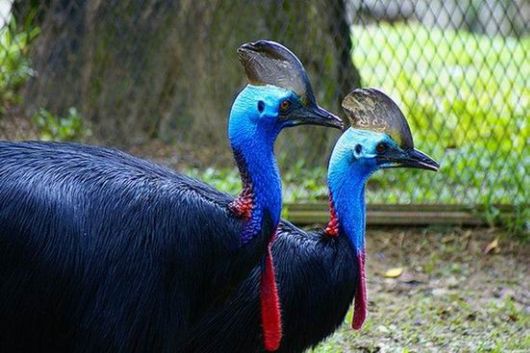 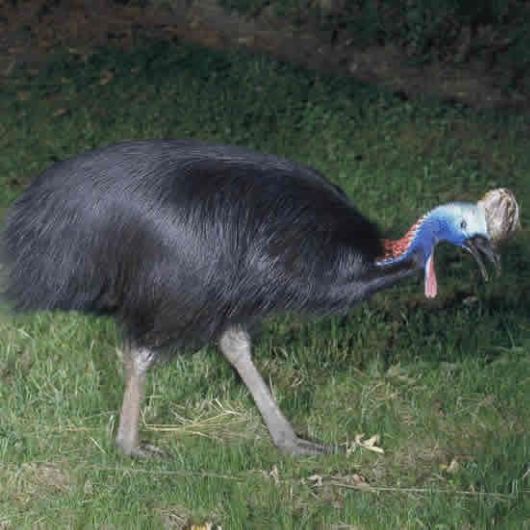 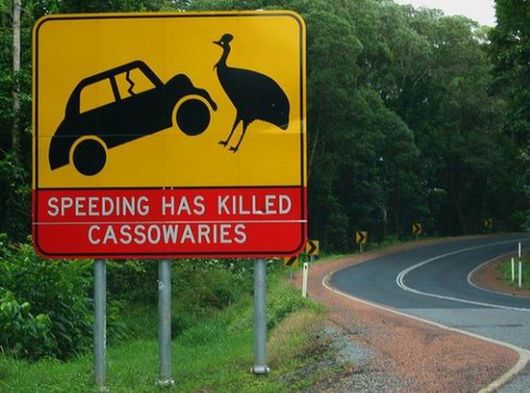 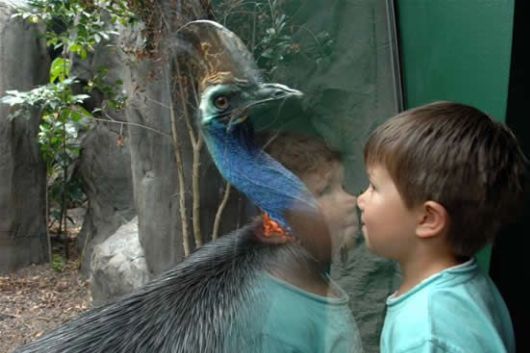 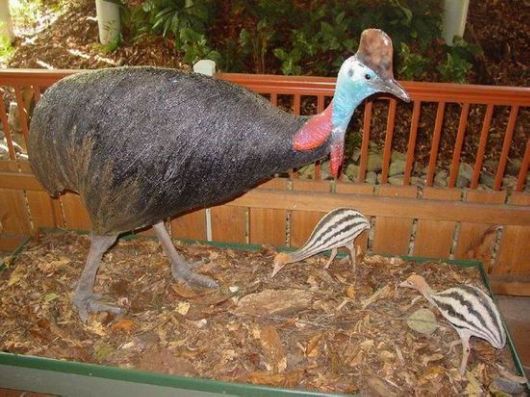 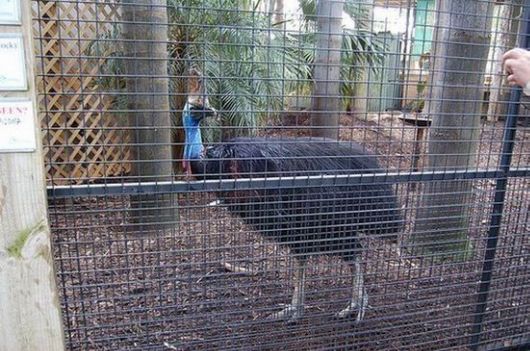 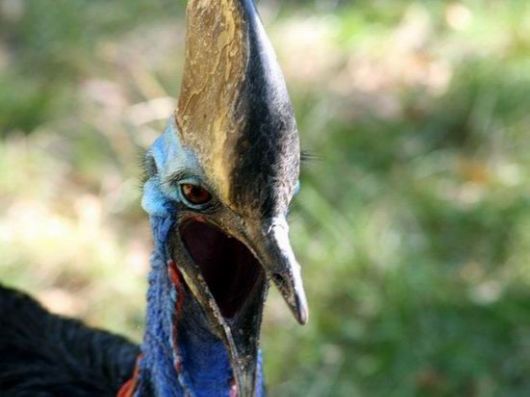 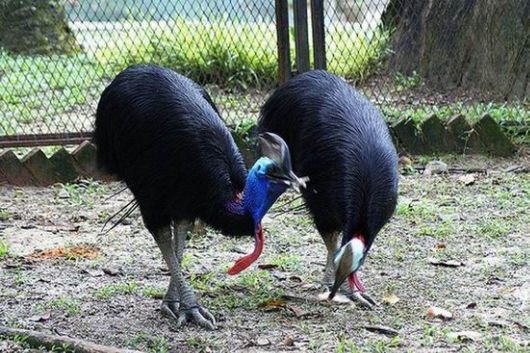 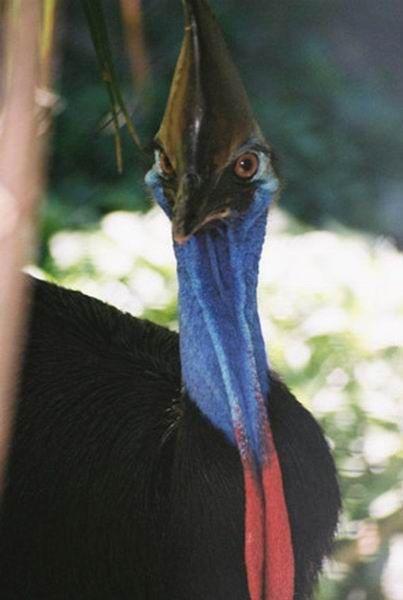 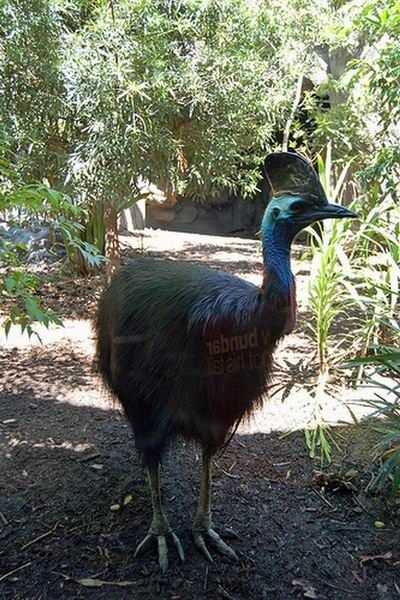