If you thought the legend of the horse whisperer was impressive, here’s

An animal tale with even more bite. 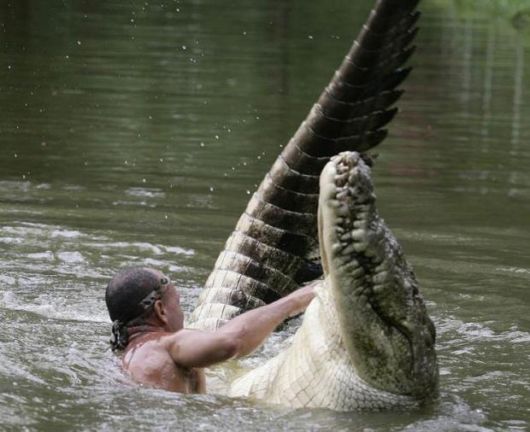 Rather than trying to tame wild stallions, fearless Costa Rican fisherman Chito prefers a playful wrestle in the water with his best pal Pocho – a deadly 17-foot crocodile.

The 52-year-old daredevil draws gasps of amazement from onlookers by wading chest-deep into the water, then whistling for his 980-pound buddy – and giving him an affectionate hug. 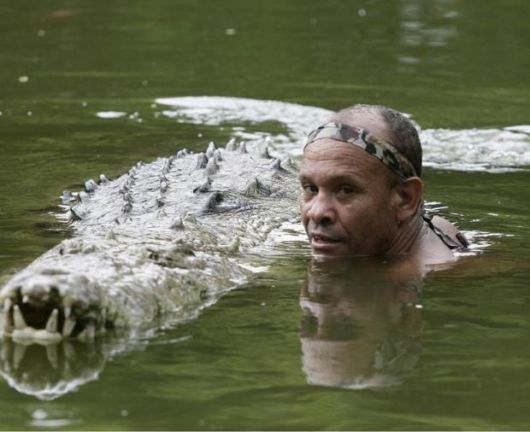 Chito made friends with the croc after finding him with a gunshot wound on the banks of the Central American state’s Parismina river 20 years ago. He had been shot in the left eye by a cattle farmer and was close to death.

Chito asked several friends to help load the massive reptile into his boat. He says, "When I found Pocho in the river he was dying, so I brought him into my house. He was very skinny weighing only around 150 pounds. I gave him chicken, fish and medicine for six months to help him recover.

I stayed by Pocho’s side while he was ill, sleeping next to him at night. I just wanted him to feel that somebody loved him, and that not all humans are bad. It meant a lot of sacrifice. I had to be there every day. I love all animals – especially ones that have suffered."

It took years before Chito felt that Pocho had bonded with him enough to get closer to the animal. 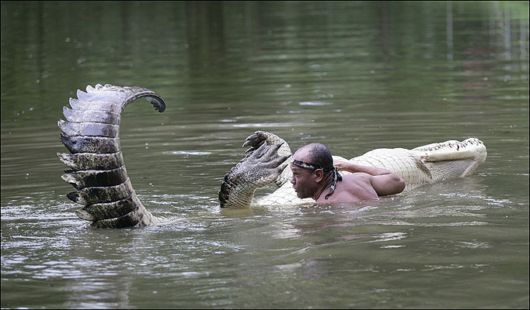 He says, "After a decade I started to work with him. At first it was slow. I played with him a bit, slowly doing more. Then I found out that when I called his name he would come over to me."

At one point during his recovery, Chito left the croc in a lake near his house but as he turned to walk away, to his amazement Pocho got out of the water and began to follow him home.

Chito recalls, "That convinced me the crocodile could be tame."

But when he first fearlessly waded into the water with the giant reptile his family was so horrified they couldn’t bear to watch. So instead, he would splash around with Pocho when his family was asleep.

Four years ago Chito showed some of his tricks to friends, including getting the animal to close his eyes on command, and they convinced him to go public with a show. 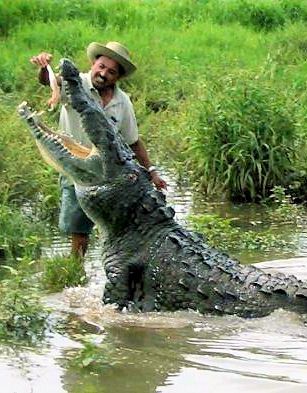 Now he swims and plays with Pocho as well as feeding him at the lake near his home in the lowland tropical town of Sarapiqui. 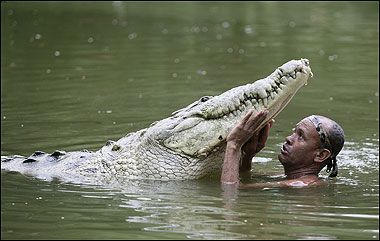 The odd couple have now become a major tourist attraction, with several tour operators. Visitors are tTaken on touring cruises to see the pair. 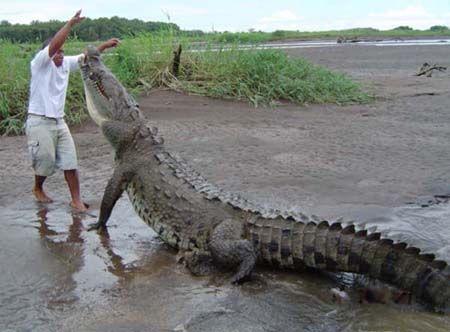 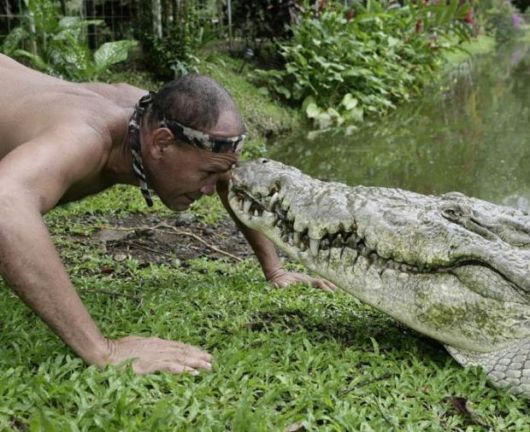