‘Don’t be so rough with the kids!’ Lioness gives male a real earful after playfight with cubs

He’s supposed to be the king of the jungle, but these pictures clearly show who’s in charge.

The male lion cowers his head as he is given an earful by a lioness after a playfight went too far.

The father had pinned his daughter Lusaka to the ground in mock anger after the playful cub had repeatedly nipped his tail. 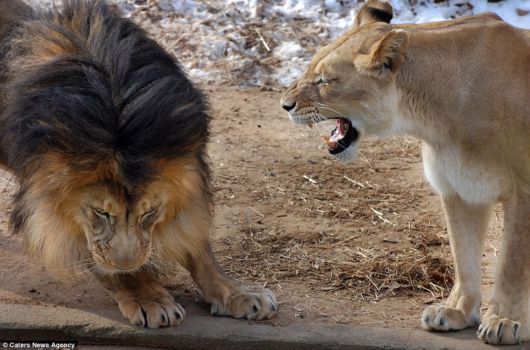 Yes dear: The male lion cowers as the lioness lets him know exactly how she feels about his playfighting at the National Zoo in Washington DC 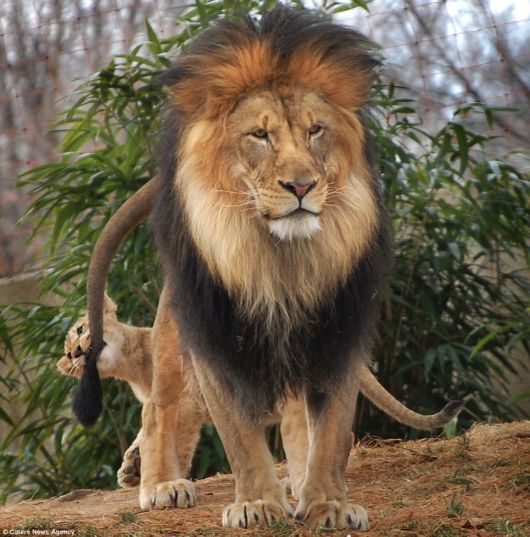 Courting controversy: The playful cub grabs hold of her dad’s tail as he pretends not to notice

But the pair’s fun came to a dramatic halt after the mother arrived and bared her teeth in fury at the male.

The remarkable images were recorded by amateur photographer Jennifer Lockridge, who took them at the National Zoo in Washington DC.

Luke, the male lion, had been pretending not to notice his offspring’s attentions, before joining in a playfight.

Ms Lockridge, 42, said the spotted the drama during a visit to the zoo last month.

She said: ‘I thoroughly enjoyed watching this interaction and Luke has just recently been allowed to interact with his cubs. The zoo has a lion pride consisting of seven cubs from two mothers and Luke is the father of all the cubs. 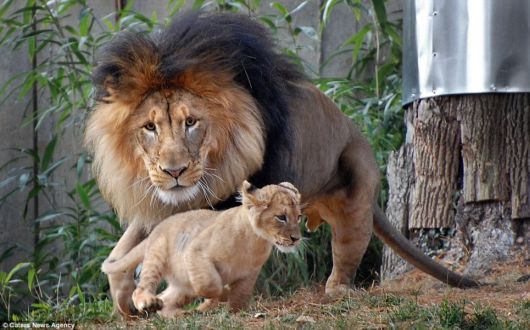 Cat and mouse: The male has a look that would stop a wildebeest at 50 meters as the female cub makes good her escape 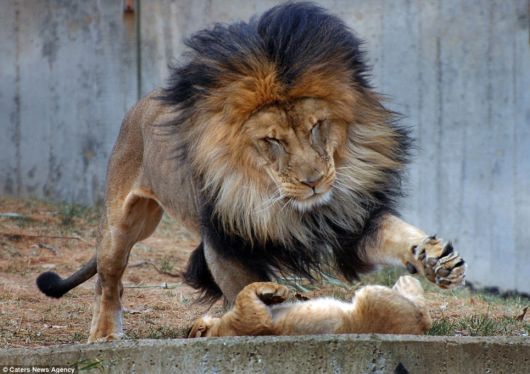 Daddy’s girl: The cub rolls playfully over on to her back as the male catches up to her

‘The particular cub, Lusaka, is particularly feisty and is always one of the last ones to go inside when called. Lusaka is definitely a "daddy’s girl" and seems to be the most enamored with her father.’

She said the way five-month-old Lusaka and her father played together reminded her of human parents and their children.

‘As the cubs have gotten braver, they approach Luke easily wanting to engage him in play.

‘I don’t believe he realized she was biting his tail and he didn’t seem to be very upset. Lusaka has a habit of biting the tails of her siblings as well as the adults.’ 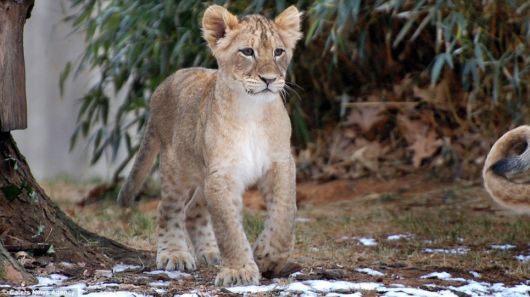 Catfight: Lusaka, a five-month-old cub, is devoted to her father, who has just been allowed near his seven children in the zoo.