Have you heard of the manul cat? Also called Pallas’s cat, they are, unfortunately, a nearly threatened species of wild cat. Their habitats are in the grasslands and montane steppes of Central Asia. Their distinguishing marks are round pupils, stubby legs and a flat face with wide set ears.

These features give them the ability to make a great variety of facial expressions that most cats can’t. Unfortunately these cats need very special care and cannot survive just anywhere or at any zoo, so don’t expect to see one at a zoo near you, but only in specially professional habitats or in the wild. 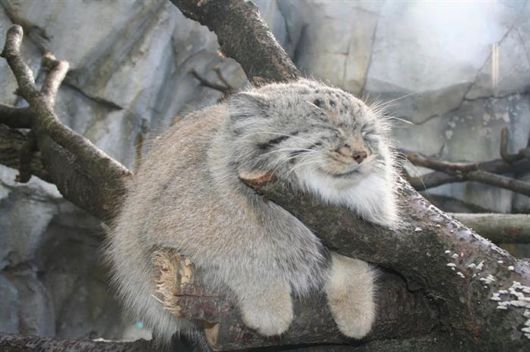 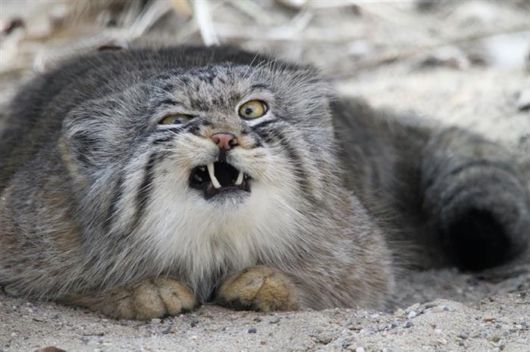 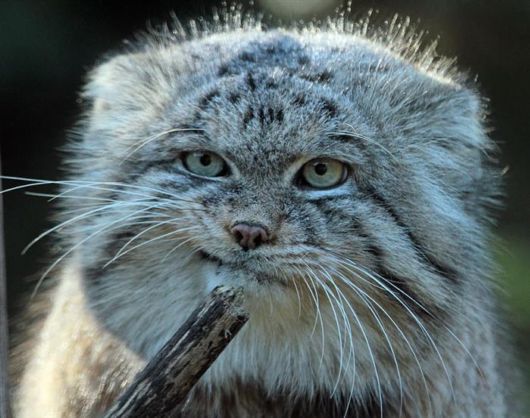 Pallas’s cats are solitary. Both males and females scent mark their territory. They spend the day in caves, rock crevices, or marmot burrows, and emerge in the late afternoon to hunt. They are not fast runners, and hunt primarily by ambushing or stalking their prey, using low vegetation and rocky terrain for cover. They feed largely on diurnally active prey species such as gerbils, pikas, voles and chukar partridges, and sometimes catch young marmots. 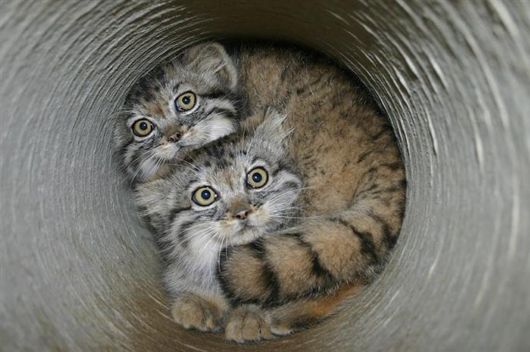 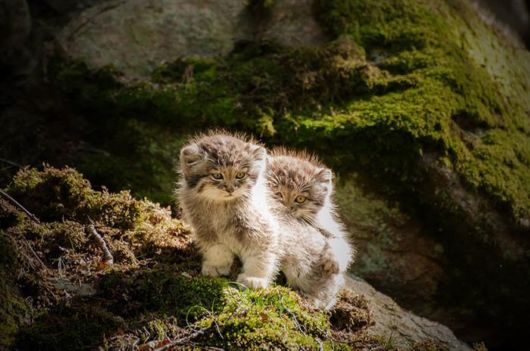 The manul has long been hunted for its fur in relatively large numbers in China, Mongolia, and Russia, although international trade in manul pelts has largely ceased since the late 1980s. About 1,000 hunters of Pallas’s cats are in Mongolia, with a mean estimated harvest of two cats per year. 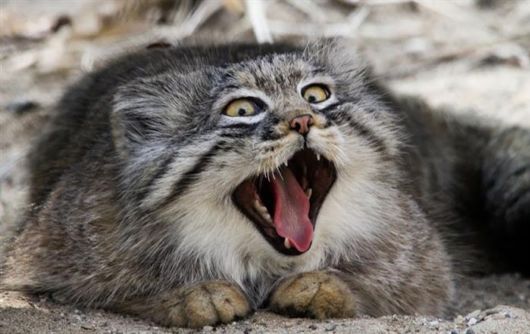 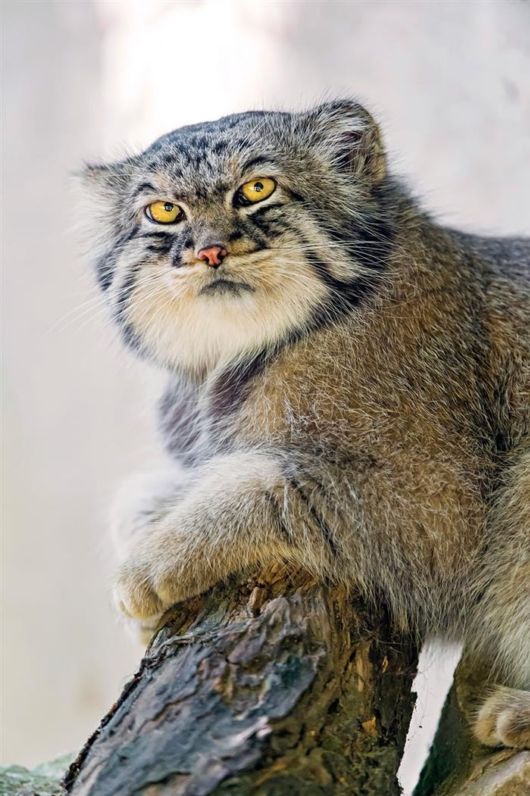 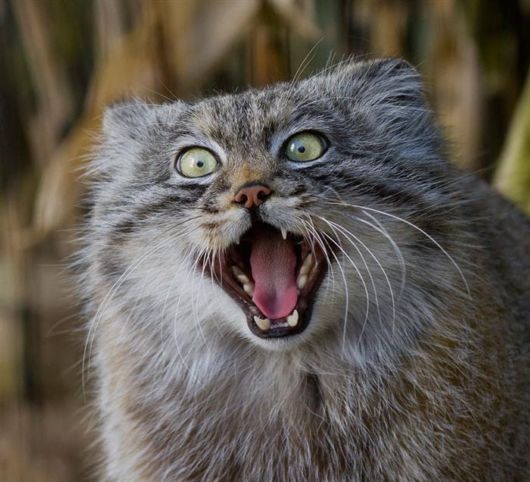 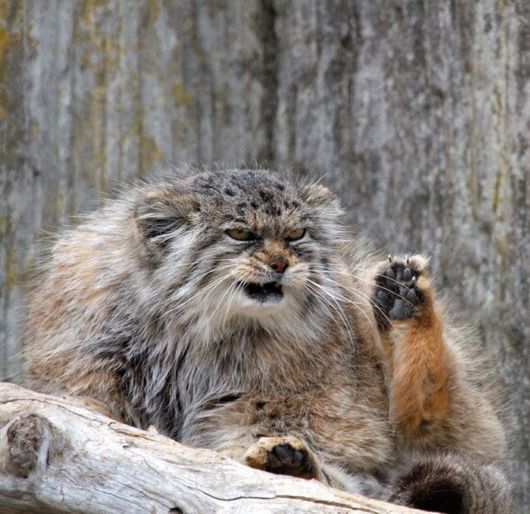 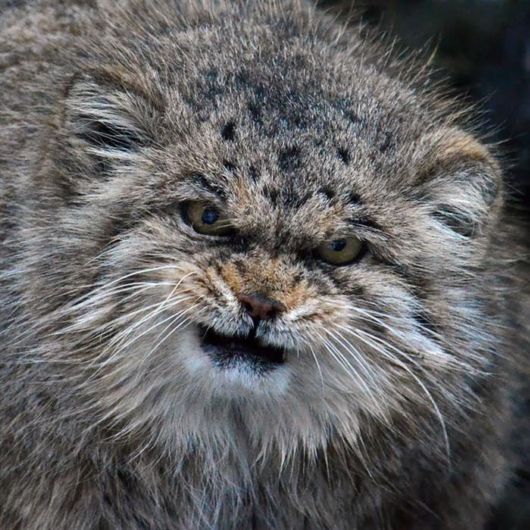 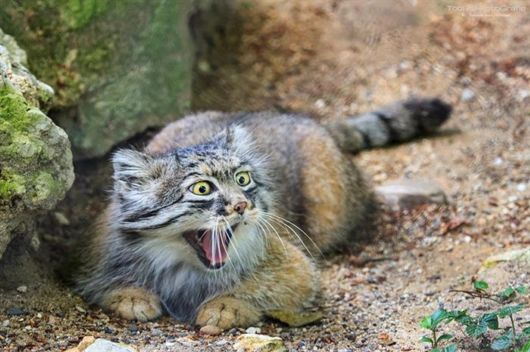 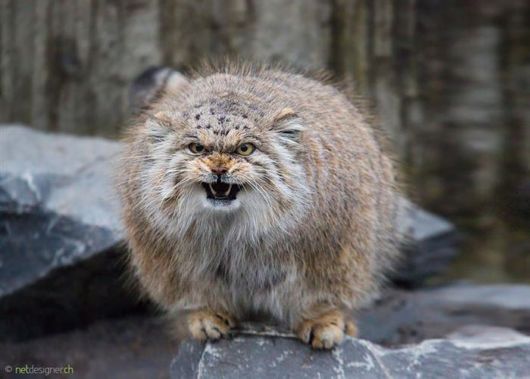 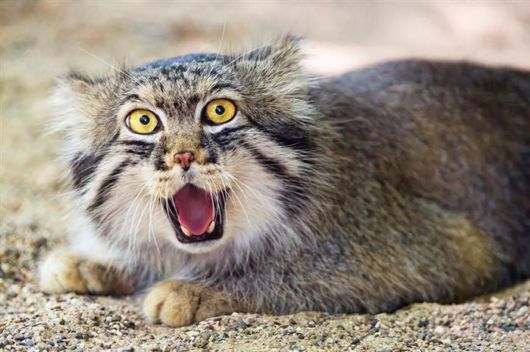 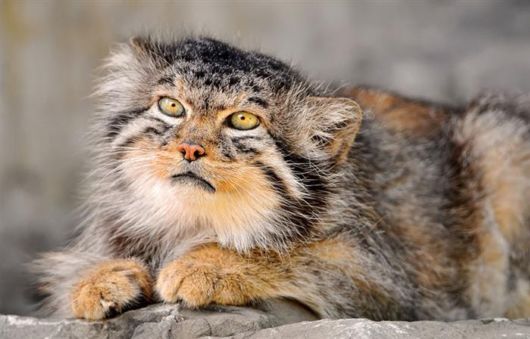 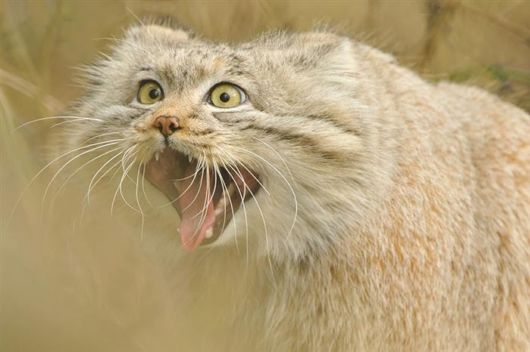 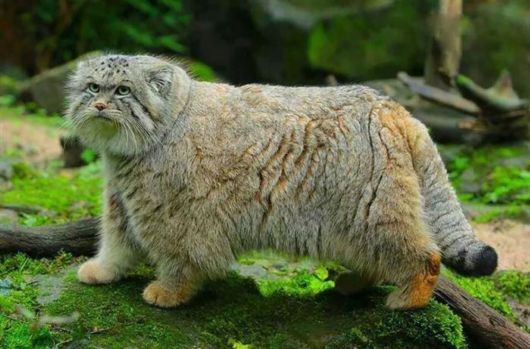 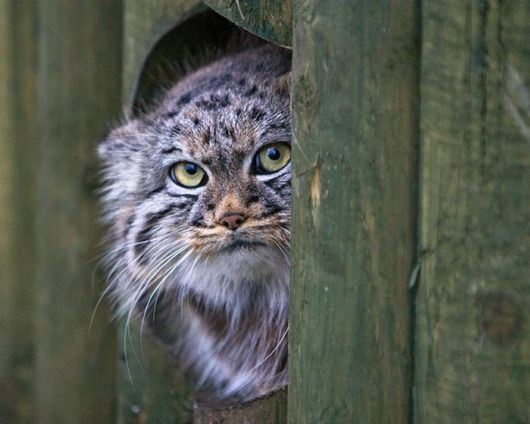