India is gifted with the most varied geographical divisions, climatic variations and diverse landscapes, which serve best as natural habitats for a large variety of flora and fauna. Numerous National Parks and Wildlife Sanctuaries have been established all over India with the objective of securing the future of imperiled species of flora and fauna. This is one reason that people from around the world come here to experience the unique enchantment and enjoy being within a close proximity. 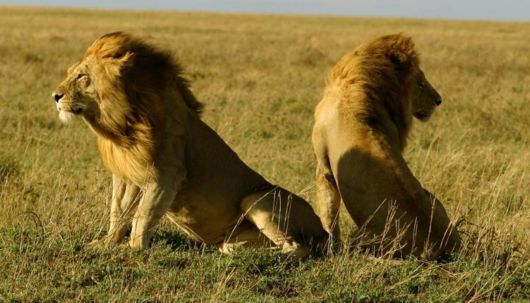 Gir National Park & Sanctuary in Sasangir Gujarat is the last remaining home of Asiatic lion and is spread over an area of 11,412 sq km, which is a hilly tract of mixed dry deciduous and teak forests. In addition to Asiatic lions, it is one of the parks to spot leopards, chital, sambar, nilgai, chausingha, grey langur, hyena, painted sand grouse, peacocks and paradise flycatcherson an early morning drive. Kamleshwar dam reservoir is the habitat to heaviest mugger crocodile population in India. This park is considered to be the best area to drive through and see maximum wildlife including blackbucks, chinkara, wild boars, jackals and magnificent lions. 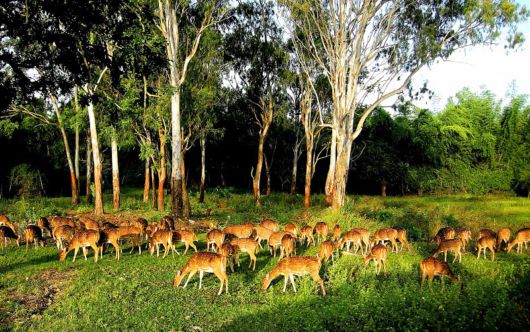 Bandipur Wildlife Sanctuary is one of India�s best known wildlife reserves that is located amidst the picturesque landscape of the meeting point of Deccan Plateau and Western Ghats. Situated in Chamarajanagar district in Karnataka, this sanctuary is gifted with a comfortable climate and varied geographical features. Wildlife in this National Park can be separated into various categories like mammals that include Asian elephant, Jungle Cat, Bonner Macaque, Wild Boar, Smooth-coated Otter, Indian Palm Squirrel, Common Palm Civet, Indian Palm Squirrel, Jungle Cat, Golden Jackal, Rusty-spotted Cat, Chital and Dhole- Asiatic Wild Dog to name a few. Then there are more than two hundred species of birds that people can enjoy watching. 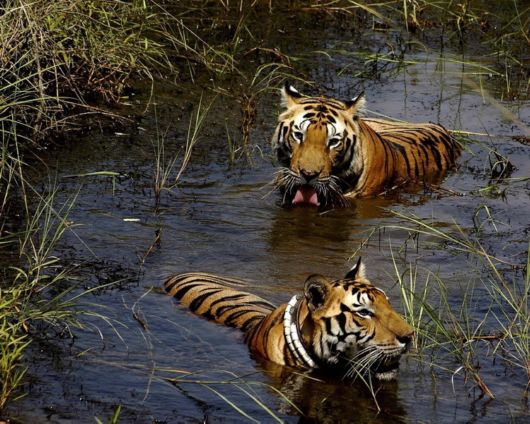 Corbett Park situated in the foothills of Himalayas is a heaven for wildlife lovers. The park covers an area of 1318.54 square kilometres and includes 520 sq. km. of core area and 797.72 sq. km. of buffer area. And this core area of Corbett tiger reserve forms Corbett Park and buffer is reserved for the forests as well as the Sonanadi Wildlife Sanctuary. This is one of the most enchanting wildlife areas with tiger population reaching up to 160, making it the most important and the last mainstay of this endangered species in India. Moreover, the rich biodiversity in this park is a perfect place for bird enthusiasts, as well. 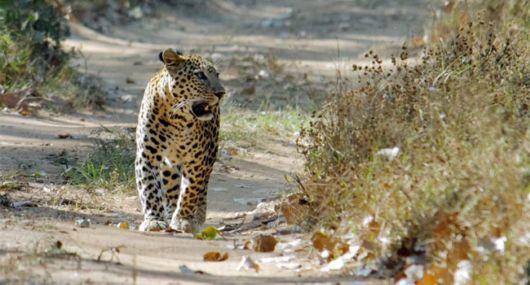 Kanha National Park came into being in 1955 and its lush sal, bamboo forests, grassy meadows and ravines provided an inspiration to Rudyard Kipling for writing his famous novel �Jungle Book�. Park�s landmark achievement is the preservation of the rare hard ground Swamp Deer (Barasingha), saving it from near extinction. A popular attraction within this park is Bamni Dadar, commonly known as Sunset Point and then frequent sightings of Tigers roaming in the wild remain the most prevalent draw. Apart from all this, strict conservation programs for overall protection of Park�s flora and fauna makes it one of the most well maintained National Parks in Asia.

Keoladeo National Park, formerly known as Bharatpur Bird Sanctuary in Bharatpur, Rajasthan is a famous avi fauna sanctuary that hosts thousands of birds, especially during winters. There are over 230 species of birds nesting in this sanctuary and it is also a major tourist centre, as numerous ornithologists arrive here in hibernal season. The Park was declared a protected sanctuary and a World Heritage Site in 1971. It is not just a man-made and man-managed wetland, but it also protects Bharatpur from frequent floods along with providing grazing grounds for village cattle. 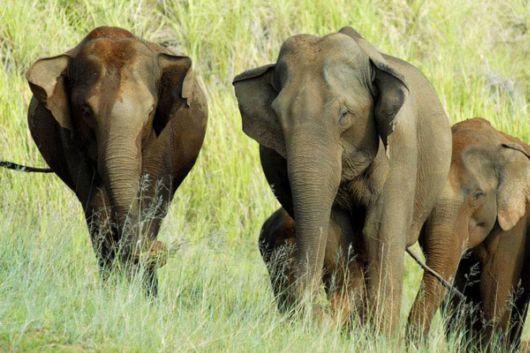 Periyar Tiger Reserve is a perfect example of nature�s bounty with enough of scenic charm, gorgeous bio diversity and most importantly, it provides veritable visitor satisfaction. Spread over an area of 777 sq .km, Periyar is one of the 27th tiger reserves in India that attract visitors all around the globe. The efficiently managed and ardently guarded reserve is a repository of rare, endemic and endangered species of flora and fauna. Additionally, it also forms the major watershed of two important rivers of Kerala, Pamba and Periyar. 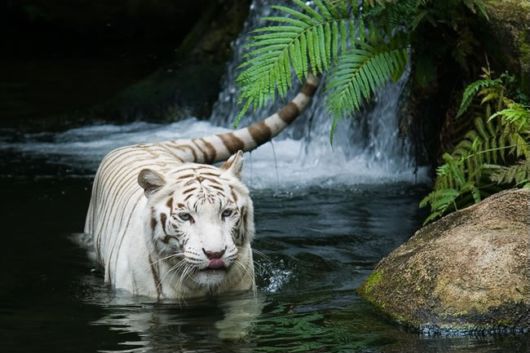 Bandhavgarh National Park is one of most enchanting wild life sanctuaries in Indiasituated 197 km away north-east of Jabalpur. This park derived its name from an ancient fort and belongs to Vindhyan mountain ranges of central India. Not just this, it boasts to have good density of tiger population ranging to about 46 to 52 tigers. Forests of Bandhavgarh are actually the white tiger jungles of yesteryears. However, no white tigers have been reported since last 50 years and it is believed that less than a dozen have been seen in India in about a hundred years. Yet some of the white tigers were spotted here. 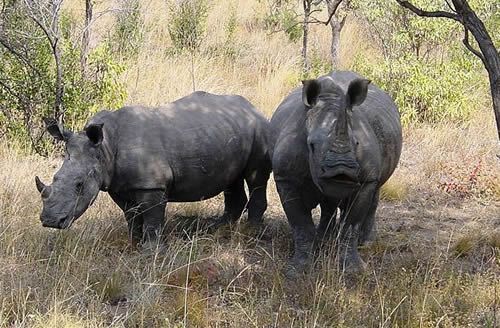 Kaziranga is one of the best National Parks to conserve One Horned Indian Rhinoceros and other wild lives in North East India. It is a significant natural habitat for in situ conservation of biological biodiversity of universal value. Criteria and values facilitated Kaziranga National Park to get inscribed in World Heritage Site List. The park area is spread over 429.93 Sq.Km. with an additional area of 429.40 Sq.Km. Moreover, it is situated in two districts of Assam, Nagaon and Golaghat, out of which 175 Sq.Km. of the total area falls within Nagaon. And, 135 Sq.Km. falls under Bagori Forest Range office and 40 Sq.Km. falls within Ghorakati Forest Range office. 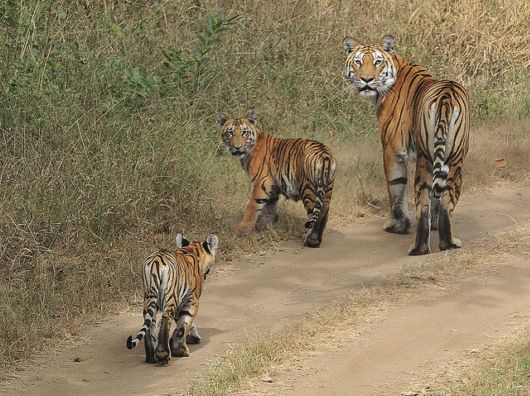 Pench National Park and Tiger Reserve is spread over an area of 257 sq. km. in the lower southern reaches of Satpura hill ranges. The park was declared National by the Government of Maharashtra in 1975 and it also received the official status of �Tiger Reserve of India� in February 1999. It got its name from Pench River that meanders through the park, dividing it down the center. Apart from, beautiful hills, valleys and occasional precipitous slope, there is an important ecosystem supporting an abundance of flora and fauna, including a rich variety of aquatic life, as well. 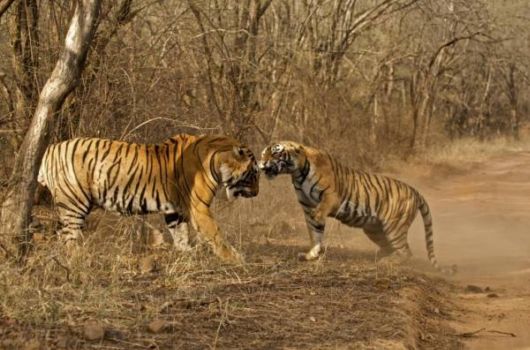 Ranthambore National Park is one of the most renowned parks in India that is located in Sawai Madhopur district of south-eastern Rajasthan. Located 130 kilometres from Jaipur, it is famous as the hunting grounds of Maharajas of Jaipur. These days, it is considered as major wildlife tourist attraction spot and best destination for wildlife photographers.