There are very few people on Earth who wouldn’t recognize the colorful bill of the Toucan. Their extra long bills display a virtual rainbow of colors. Therefore, it’s no surprise these particular birds have become one of the world’s most popular. However, long before they were sold as household pets or were launched into fame from cereal or stout commercials, they were a bright part of the Central and South American rainforests. 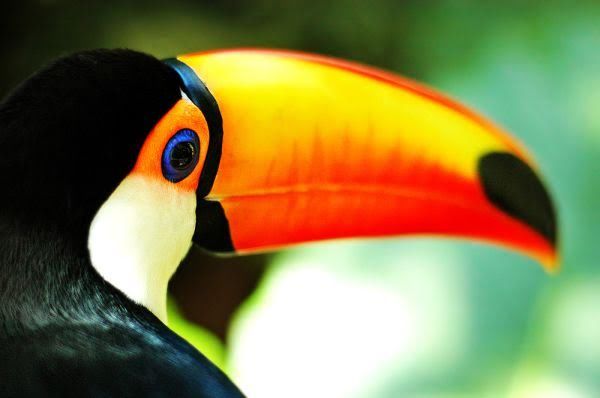 There are about 40 different species of toucan. They are most commonly found in South America, Central America, the Caribbean and parts of Southern Mexico. The toucan ranges in size from about 14 inches to 25 inches. Although their large, colorful bills may give the toucan an appearance of being ‘top-heavy’, their bills are much lighter than they look.

One of the most recognizable toucans is the Toco Toucan which is mainly black with white feathers around the throat area and a blue or orange ring around the eyes. There are different species of toucan though who have yellow, green and even red sections of feathers on their bodies. Their colorful bills vary and cover a full rainbow of colors including reds, oranges, yellows, greens, blues, etc.

One thing you may not know is, unlike many species of animals where only one sex has a particular feature, both the female and male toucans have brightly colored bills. Additionally, both male and female toucans have been observed using their bills in what appears to be a mating ritual of tossing fruit back and forth.

A subtle difference between the male and female is that the female’s bills tend to be a bit shorter and straighter than the male’s. While it is the color of the bills which tend to attract people to these particular birds, they have many endearing qualities as well. Toucans are known to be cute, noisy, friendly and very playful birds. 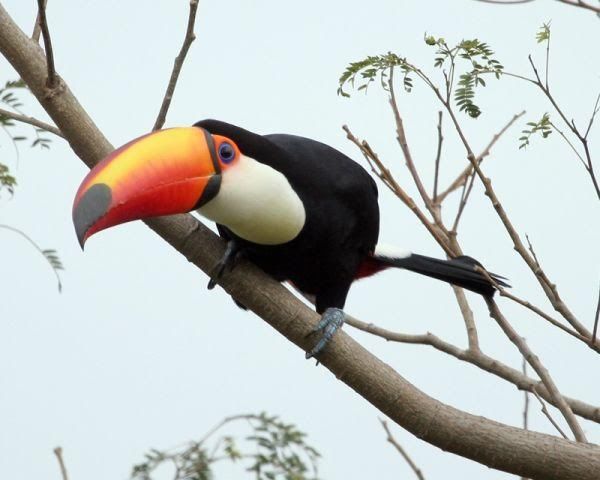 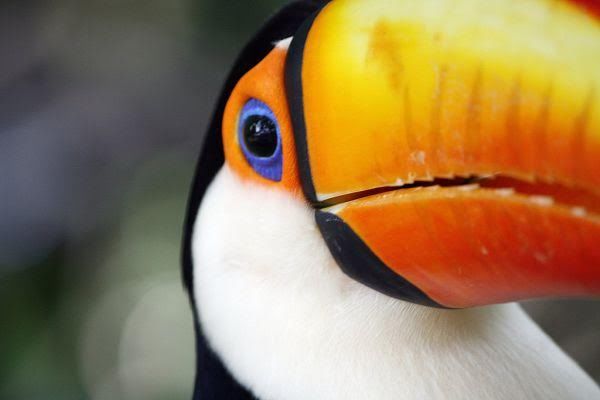 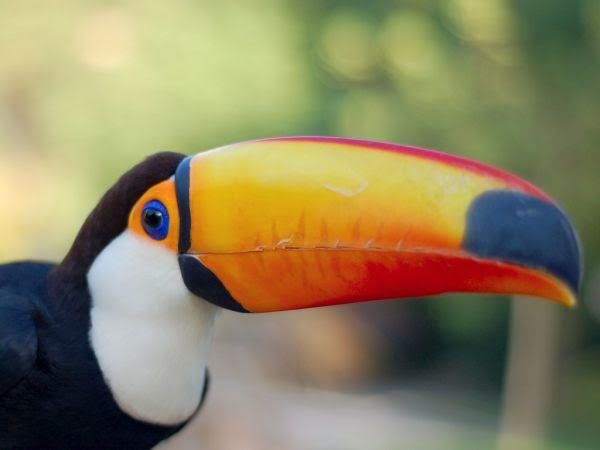 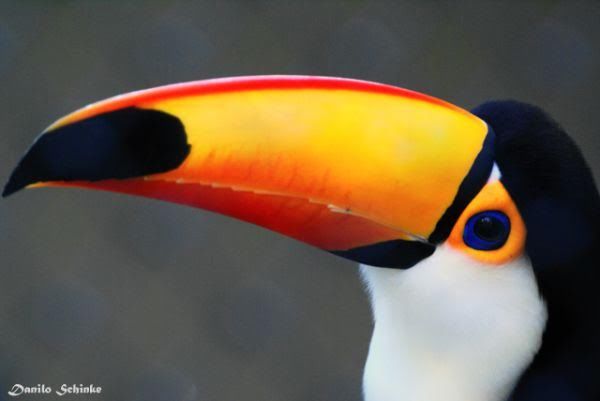 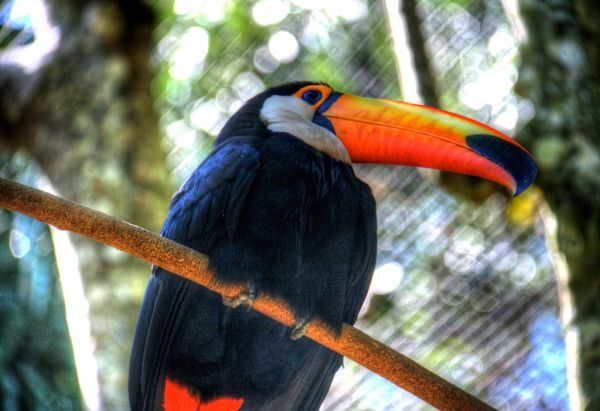 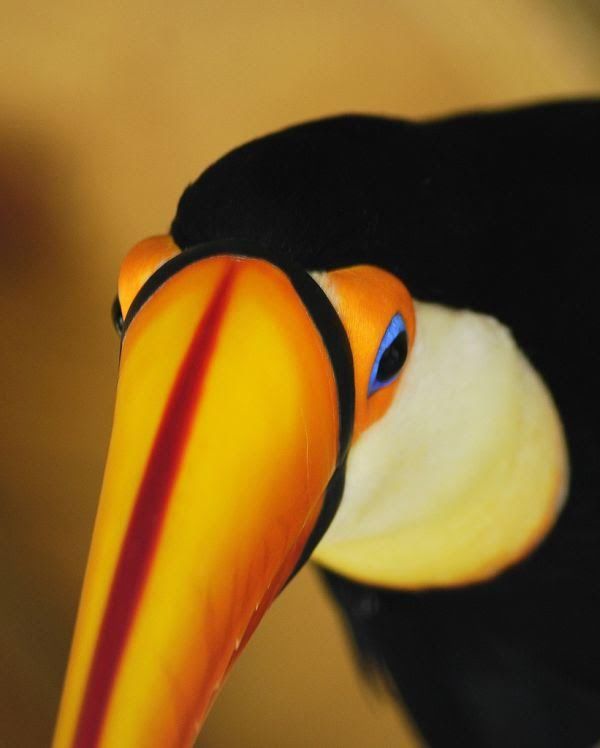 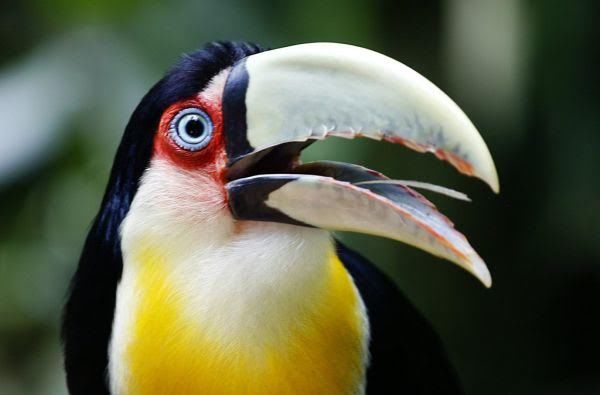