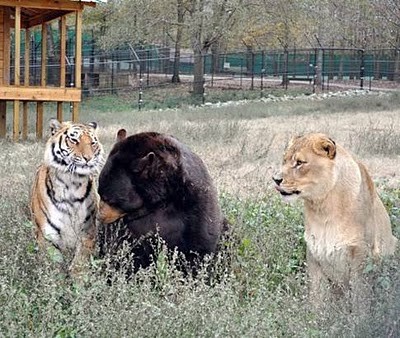 Living with the zoo’s founders for the past eight years, Shere Khan, Baloo and Leo have now moved to a purpose built habitat Photo: BARCROFT .
More images after the break… 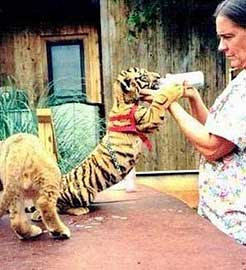 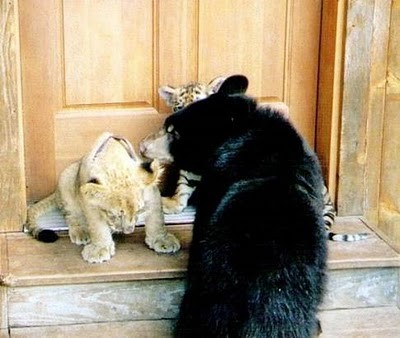 Rescued eight years ago during a police drugs raid in Atlanta, Georgia, the three friends were only cubs at the time and barely two months old. They had been kept as status symbol pets by the drug barons. Delivered to the Noah’s Ark animal rescue centre in Locust Grove, Georgia, the decision was made to keep the youngsters together. 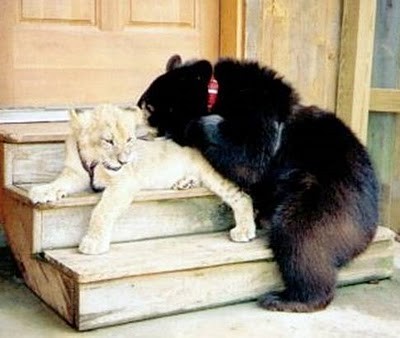 "We could have separated them, but since they came as a kind of family, the zoo decided to keep them together," said Diane Smith, assistant director of the Noah’s Ark zoo.
"To our knowledge, this is the only place where you’ll find this combination of animals together, they are our BLT, (bear, lion and tiger). 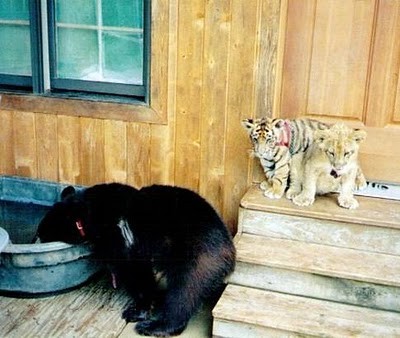 Living with the zoo’s founders for the past eight years, Shere Khan, Baloo and Leo have now moved to a purpose built habitat were the US public can now witness first hand their touching relationship. 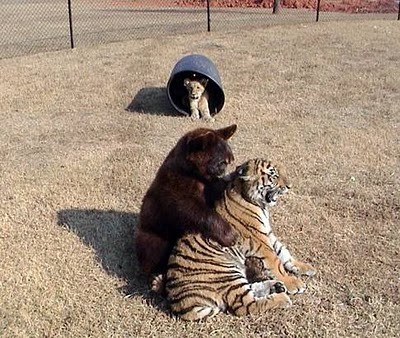 "We didn’t have the money to move them at first," said DIane.

"Now their habitat is sorted and they have been moved away from the children’s zoo areas where the public couldn’t really get a good look.

"They are totally oblivious to the fact that in any other circumstance they would not be friends." 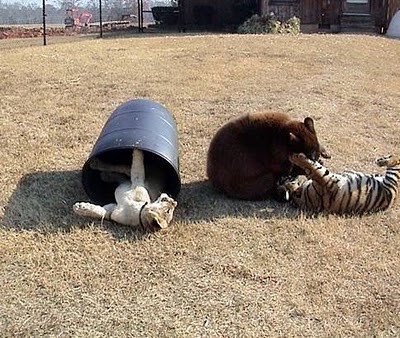 Handled by Charles and Jama Hedgecoth, the zoo’s owners and founders, the three friendly giants appear to have have no comprehension of their animal differences. 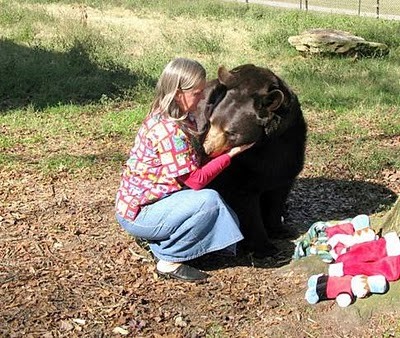 "That is because they rise early, as Leo being a lion likes to spend most the day sleeping.

"It is wonderful and magical to see a giant American Black Bear put his arm around a Bengal tiger and then to see the tiger nuzzle up to the bear like a domestic cat.

"When Leo wakes up the three of them mess around for most of the day before they settle down to some food." 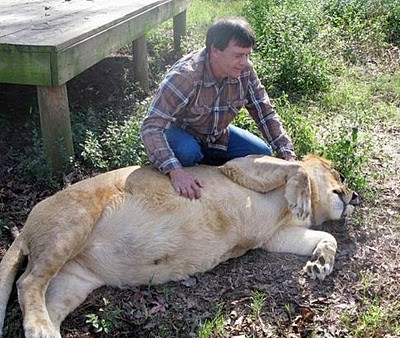 Surprisingly for three apex predators with the power to kill with a single bite or swipe of their paw, they are very relaxed around each other. 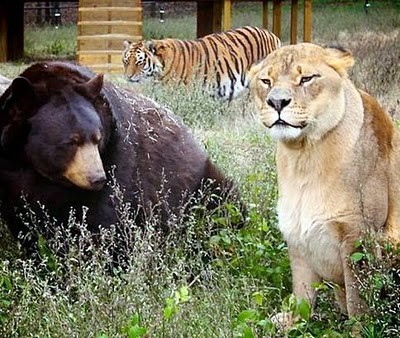 "As they treat each other as siblings they will lie on top of each other for heat and simply for affection.

"At the moment they are getting used to their new habitat.

"Shere Khan is being quite reticent about the move, but Baloo, the bear is very good at leading him on and making him feel comfortable and safe." 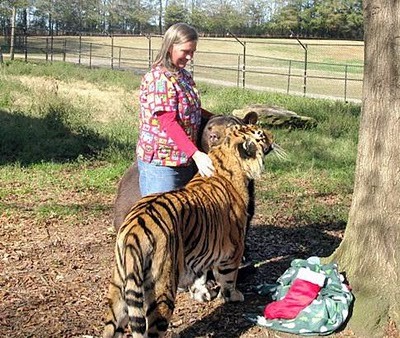 Explaining that the three ‘brothers’ have always seemed to share a unique bond, Charles Hedgecoth, Jama’s husband and fellow founder talks about his role in their upbringing.

"They are obviously not wild animals any more," said Charles.

"Noah’s Ark is their home and they could not possibly be separated from each other.

"You just have to remember who you’re dealing with when you are with them though.
"It’s when you forget that these fellows are wild animals that you get yourself in trouble."

According to DIane Smith, the trio’s new habitat cost an estimated £15,000 and had to be constructed carefully, in order to accommodate its occupants.

"The clubhouse had to be very sturdy for the guys, because they all sleep in it together,"

We had to include a creek, because the tiger and the bear both like to be in water." Via 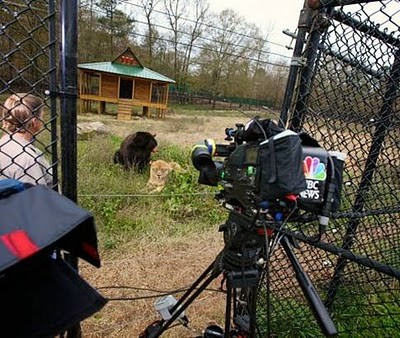 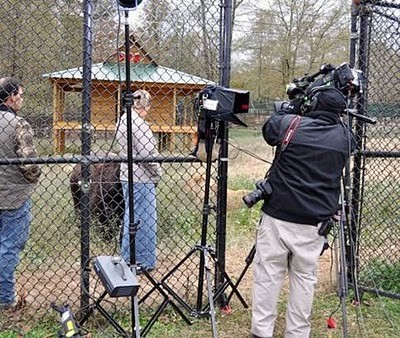 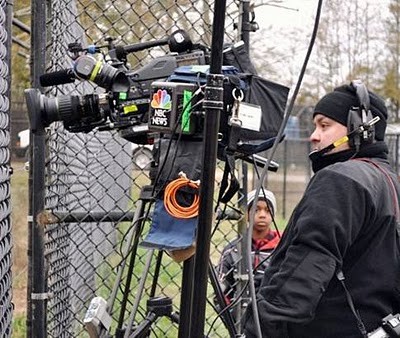 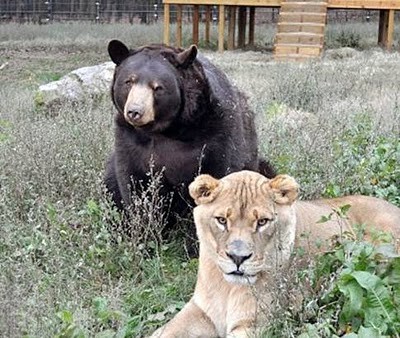 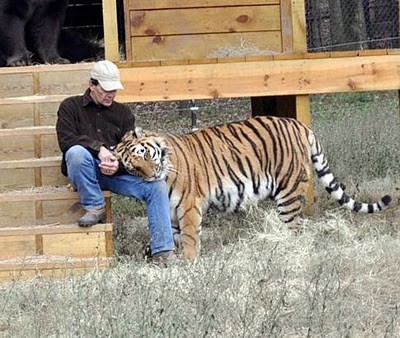 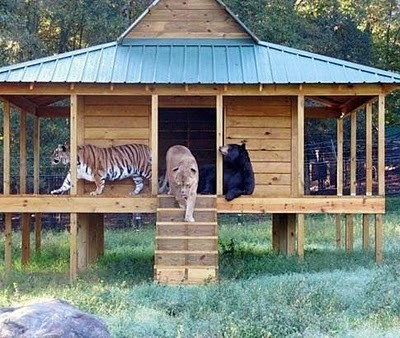 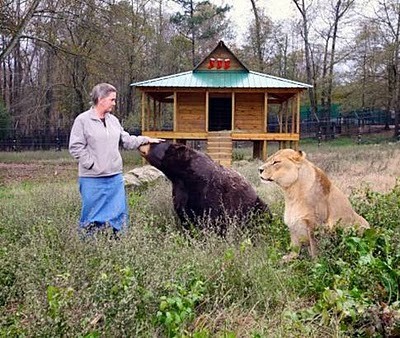 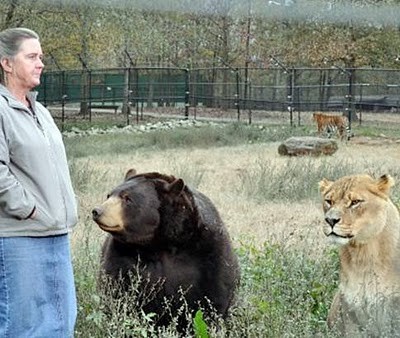 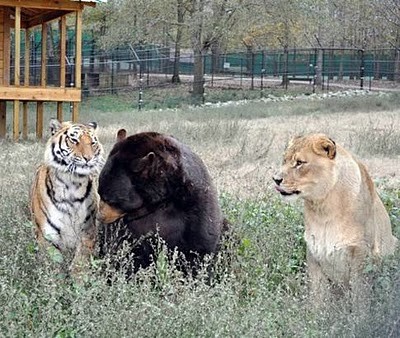 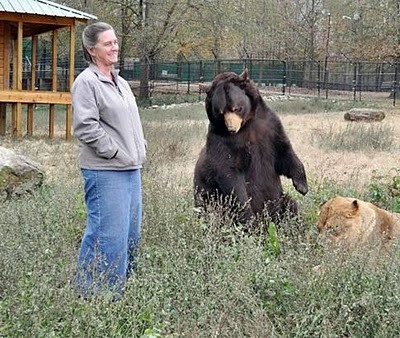 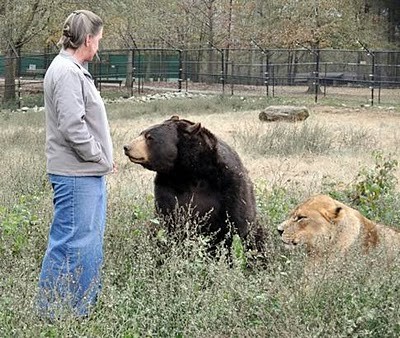 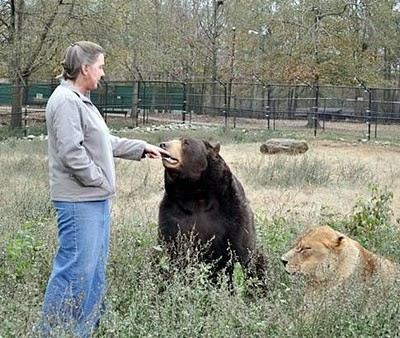