A friendship encompasses trust, care, and harmony. Whether it be humans, animals, mammals, friendships of all kinds do exist. You have heard cows have best friends, and when they are separated from each other, develop negative feelings of loneliness and isolation. In humans, we confide feelings to one another, in hopes burdens can be relieved, as friends give us support.

In the next few lines, you will see some amazing/unusual friendships between humans and animals. They are real, beautiful, and show us no boundaries exist between friends. 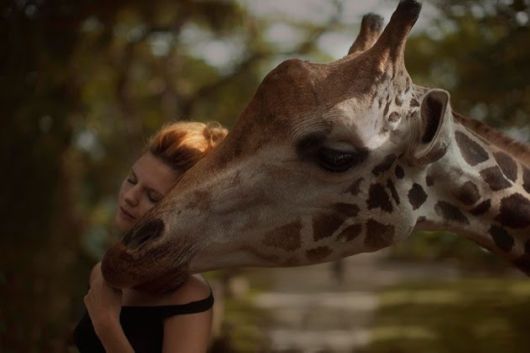 The tallest living terrestrial animal seems engulfed in the woman?s presence. A genuine unbreakable bond between an enchanting lady and a majestic giraffe. Isn?t it inspirational?
I would say so, yes.

It is rare that you see a giraffe and a woman become such close friends, making the bond so unusual. 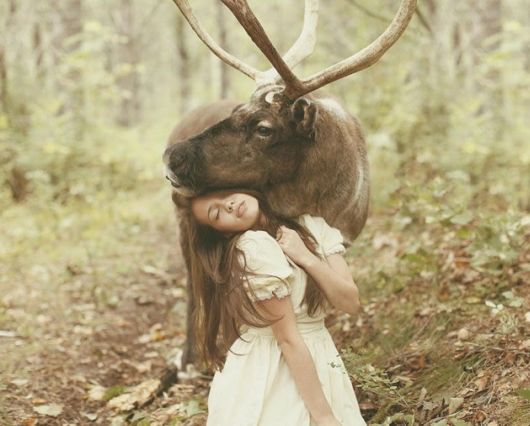 The largest extant species in the deer family, the moose is seen comforting a girl. The only word that comes to mind is surely, ?Aww.?

A moose and a girl comfort each other, building a friendship on comfort, care, and understanding. So lovely to capture in a photograph, as you can see. 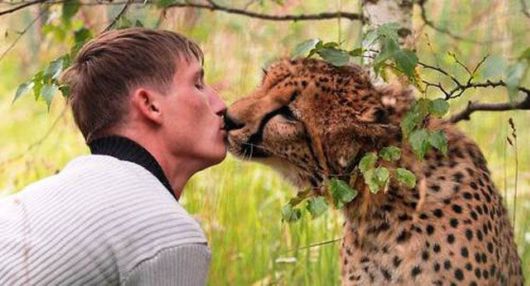 Who says cheetahs can?t be our friends? Clearly, this claim is simply a myth. Here, we have the world?s fastest land animal kissing a man.

What sets this relationship apart is the fact we have a very dangerous animal so close in contact with a fellow man. If that is not unusual, you would be hard pressed to find what is. 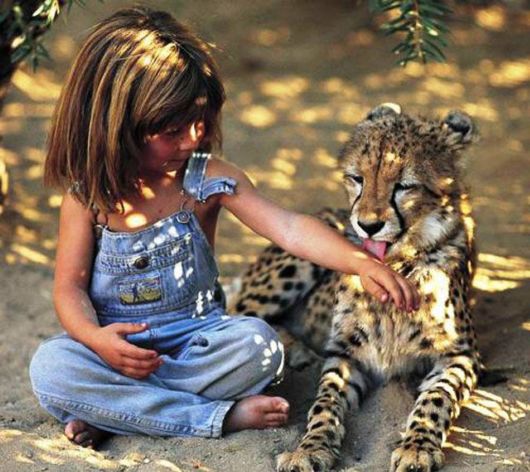 ?Licktastrophe? is the word that fits this scenario. Who knew that getting your hand licked by a cheetah could be this fun?

How often do you see a baby cheetah licking a little toddler, so gently? It seriously is one of the cutest things I have ever seen. 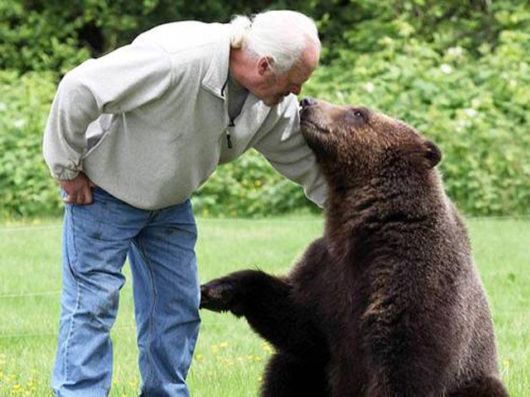 It appears that bears aren?t that dangerous after all. This grizzly bear actually seems calm while looking into the eyes of the old guy.

We hear about bears attacking humans, but when do we see them loving them? Right here, friends! 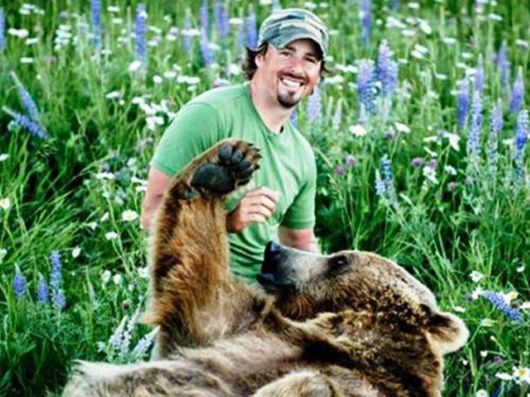 The bear strikes yet again. The bear seems enamored by just looking at his paw. What must be he be thinking? And looking totally calm, sitting with the smiling man.

Almost like a boyfriend and a girlfriend underneath an apple tree, here the bear has taken the girlfriend?s place, and the guy is very much already there! 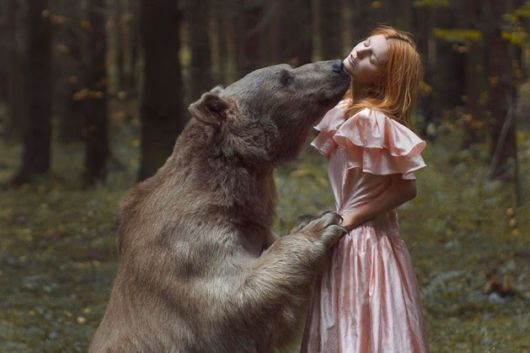 The bear is giving this lady a big smooch on the chin, a rare sight for sure.

We have all heard the animated version of beauty and the beast, but this is the real one! The bear is the beast, and of course, the woman being the beauty or goddess. This friendship seems to be more than a friendship, it is love. 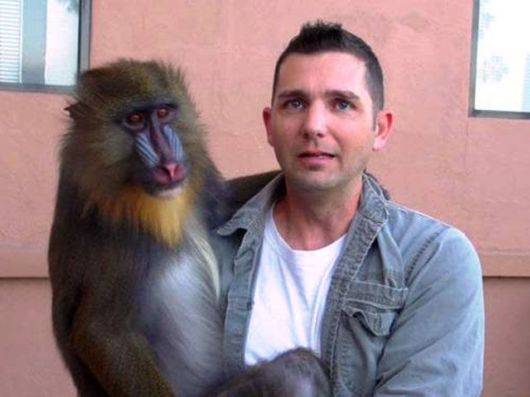 This guy looks almost confused as to why the monkey is in his arms. But, it is certainly very cute isn?t it? Any sort of a friendship ? especially one between different species ? is a cute one.

We are descendants of the monkeys and it looks like the monkey knows this, as he doesn?t seem to want to get out of the guy?s arms. Forget dogs, monkeys appear to be the real man?s best friend. 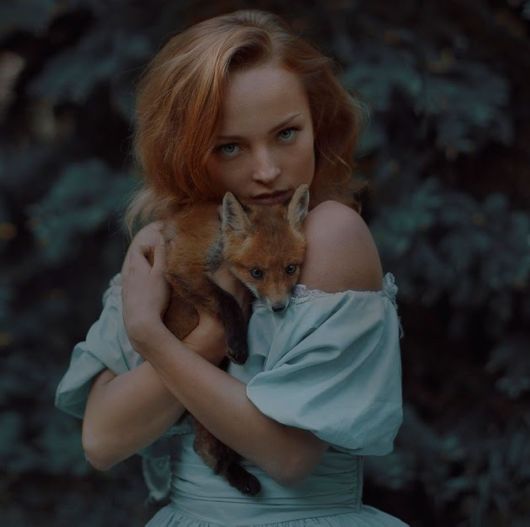 This is a special one. The eyes of the lady and the fox penetrate the viewer, positioned in the exact same spot in a sort of hypnotizing way.

She seems to be protecting the fox, holding it, cradling it in her arms. Friendship is about protection, being there for each other, through thick and thin. This is it! 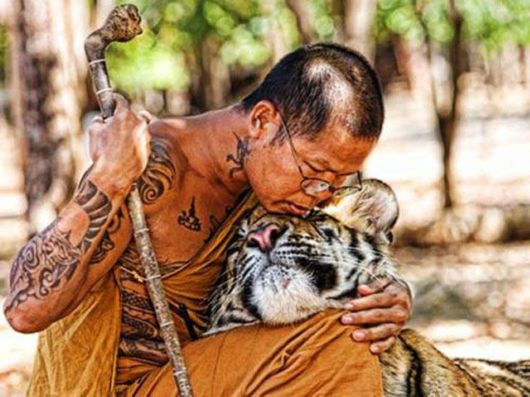 This is so sweet. The tiger is actually cuddling with the monk. They seem to be sharing each other?s company quite well. So lovely, it makes you wish that you could give the tiger a gigantic hug of your own. Alas.

Comforting the tiger, the monk is offering his friendship. It is a mutual respect and understanding; love, affection, and care are primary aspects that are between the two. This is what makes this friendship special and integral. 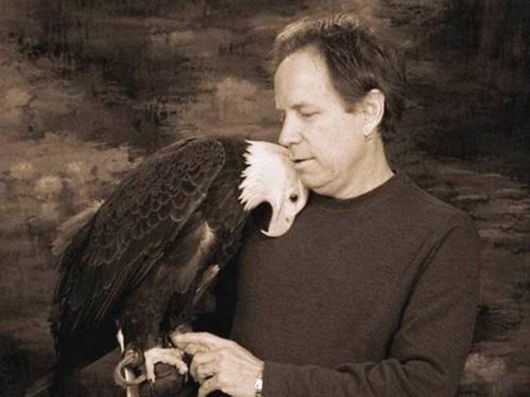 Eagles can be friends and companions also. Just be careful of the beak. Don?t want to let that poke you!

The eagle is resting his bald head against the man?s shoulder. It almost resembles a moment like when your friend is distraught, terrified, and depressed and you give them a shoulder to lean on.

They offer their love and support in those trying times, and prove that you are there for them. This is that kind of friendship. 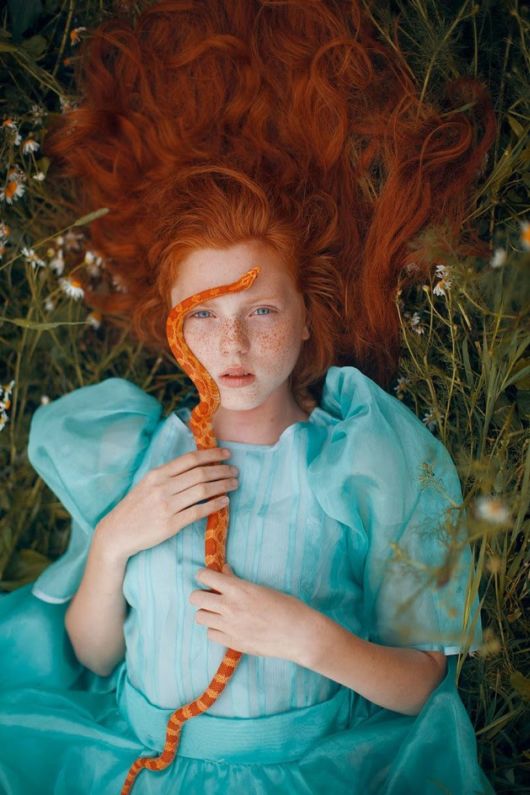 Just look at the color of that snake. Orange and yellow, with stripes, and circles, that snake is out of the ordinary. This friendship is scary but cool at the same time, and also out the ordinary.

We are always scared of slithering serpents but seems like this little girl is friends with one. The snake also seems quite amazed with this little girl, being a tiny one, if I may add. 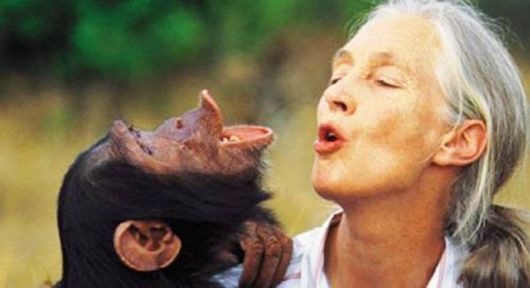 That monkey sure has a wide smile. I think it is trying to express his emotions, thoughts, and feelings to this old woman. The face is quite surprising!

How often do you see monkeys become friends with old ladies? Well, seems like this monkey really likes this particular lady and vice versa. This is so distinct and spectacular.

It seems like their friendship began in the wilderness and has since then taking a new meaning. 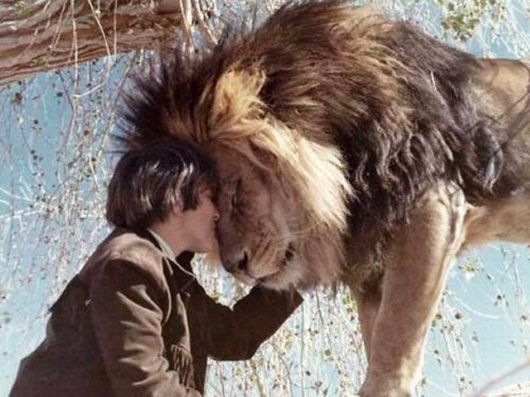 The lion is surrendering himself to this guy. Wow, when do you see this unless you are watching ?The Lion, Witch, and The Wardrobe??

This is no lion from a film, however, this is a real life lion who just happens to be friends with this young teenager. And from the looks of it, their friendship could last a very long time.

15. Elegant Woman And Fox Curled Up Together 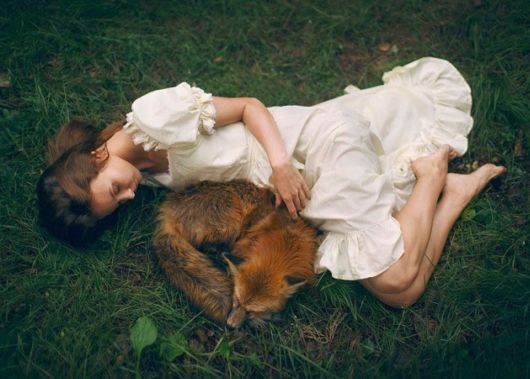 This picture is peaceful to look at. You may almost feel sleepy just staring at it.

Time has transformed their friendship into something more abundant, fulfilling, and special. Theirs is a truly loving and gentle relationship. 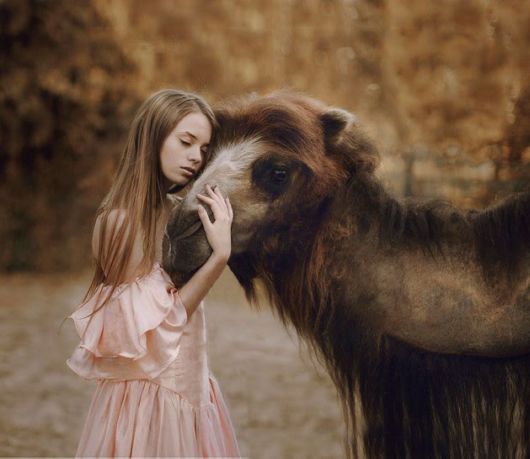 The time is long gone when humans could be friends with only humans. Camels are great friends as well and after seeing this picture, you can?t help but want a camel friend of your very own.

Lovely to behold their friendship?it is immaculate and endearing. Such an inspiration to those who believe in long lasting, true, friendships. 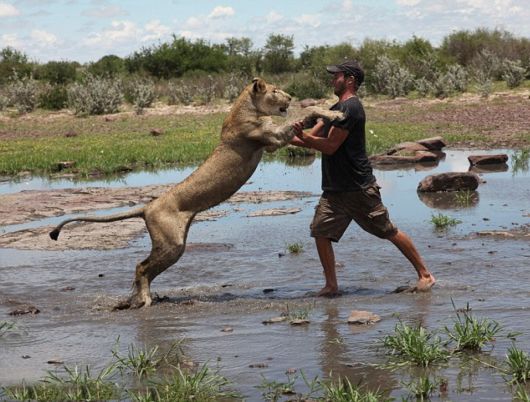 This tiger sure is a large one. Beautiful and majestic is the tiger, but even far more heartwarming is the friendship between him and the guy here. Wow, they are going to be dirty after this play session in the muddy water.

The guy here is actually a conservationist and has been protecting the tiger since she was three years old. She is learning to now hunt which just goes to show that taking care of another goes a long way. 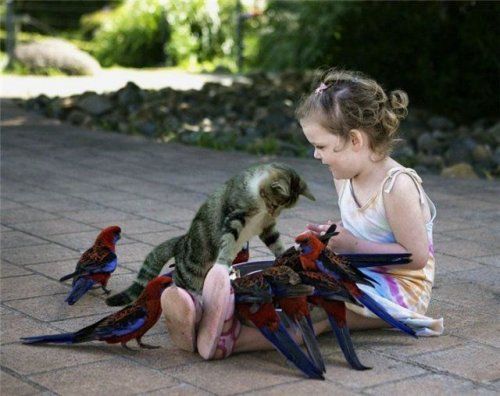 Yes, there is a kitten in this picture which doesn?t make it very unusual. The birds in this picture, however, so comfortable with the girl, are the aspect that is the unusual. 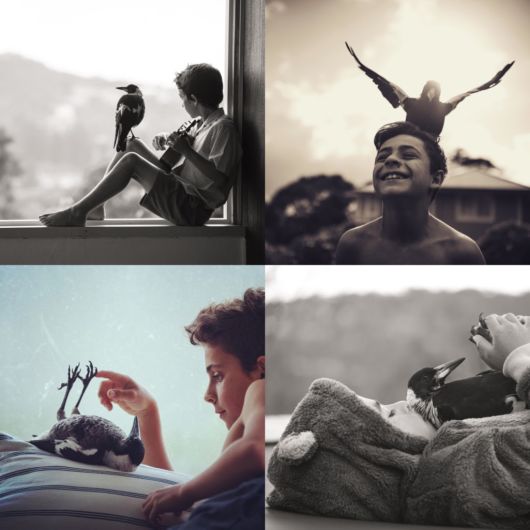 Your best friend can definitely be a crow. Keeping it close to your skin in order to keep warm in the cold winter, playing with him when bored, going outside in the wide and open air, or simply playing a guitar while it rests on your leg. A bird is the perfect friend.

It looks like this present, a best friend as a bird, turned out to be the perfect gift for this little fellow. He has a companion to play with, share feelings, and just do everything with. And it is so nice to see such a diverse friendship. 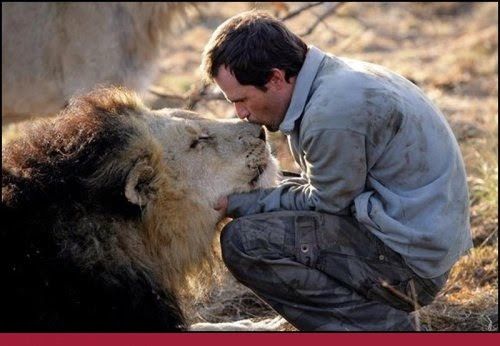 Lions seem to get along well with humans apparently, making the list of most unusual friendships with humans. 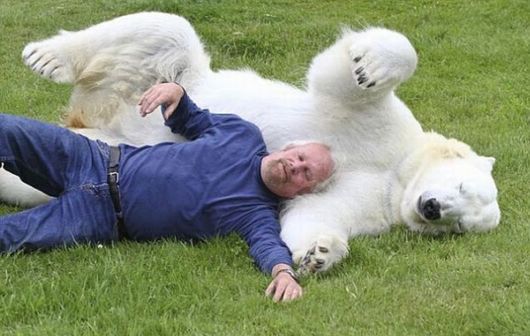 Sleeping with a big, furry, old friend is the best thing, which is clear as day as shown here. I wish I could also take a nap alongside a white bear that is as soft as plush.

Just like lions, bears are another favorite. This is adorable, but admittedly weird. 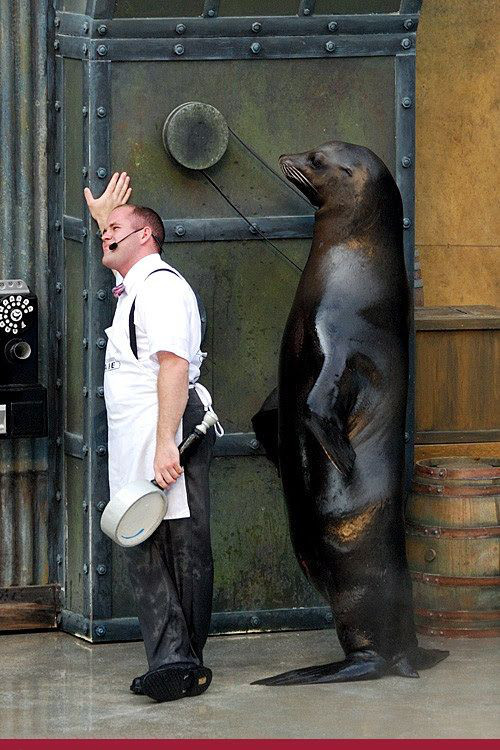 Just a moment. Is this a sea lion? Well, yes. They sure know how to have fun, whether it be outside or simply spending time in the house.

After going to Sea World, it seems like this man has made a friend with the Sea Lion. And such a cute one at that. 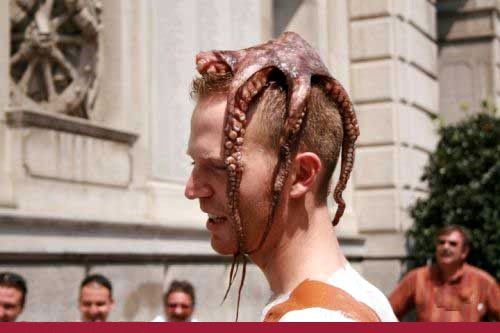 Looks like this sea creature is close friends with this guy, giving him something of a with a new funky hairdo. I do not know much, but this sure is an unusual and heartwarming friendship.

Sea creatures are not scary after all. They too can be good friends, just like us humans. So, don?t judge?they are just like us, in some ways. 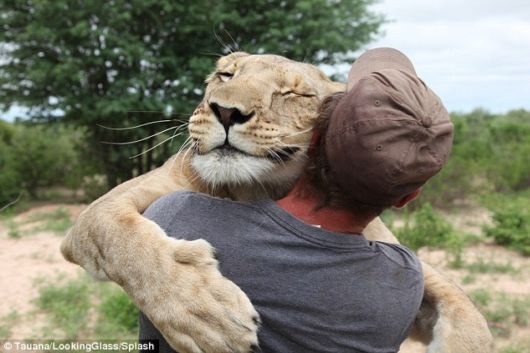 Like a baby gets picked up by their father or mother, this tiger is being cuddled by his human friend. Such an amazing sight, you wish you could be there to witness it yourself. 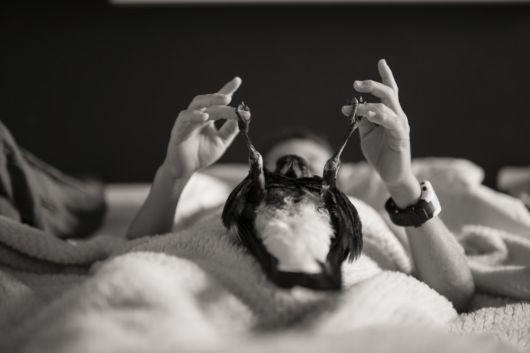 Little hands of the boy, and little feet of the bird. All snuggled in a nice blanket made of plush, these two friends are spending time in an unusual, but completely heartwarming way. 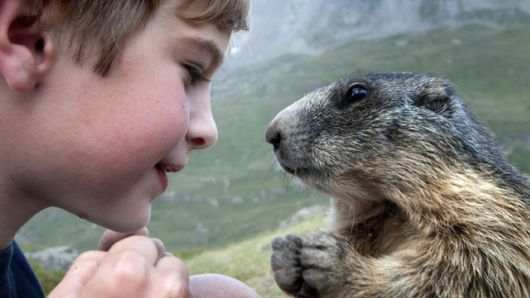 This mammot and boy are both so adorable I can cry out! Just look at the eyes! Having traveled across with his family, this boy came across the mammot and has since been friends with it. Wow, such an amazing story!

Cows and girls can also have friendships, especially when a girl cares this much for an animal. I can?t believe how sweet this is! To be friends with someone, there really are no boundaries, rules, or regulations.

All there needs to be is love, respect, care, and mutual understanding between one another. And that goes for every kind of relationship ? whether it be husband and wife, sister and brother or between two friends. 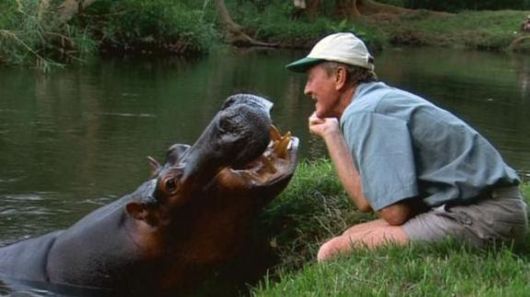 The hippo looks mighty fine with this man. He seems completely amazed with his new friend, and it looks like they are having a splendid time. I guess they are tailor-made for each other.

Although hippos don?t come to mind when you think of human-animal friendships, seeing this makes you want to be friends with this hippo too.

29. The Whale And The Little Girl 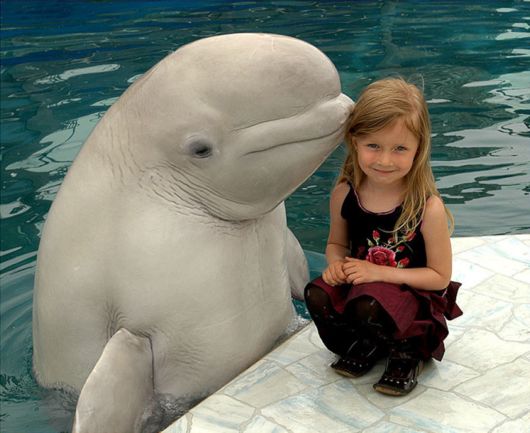 Whales are often just as nice and gentle as humans. That is why a human can be friends with this whale, as the little girl proves here. 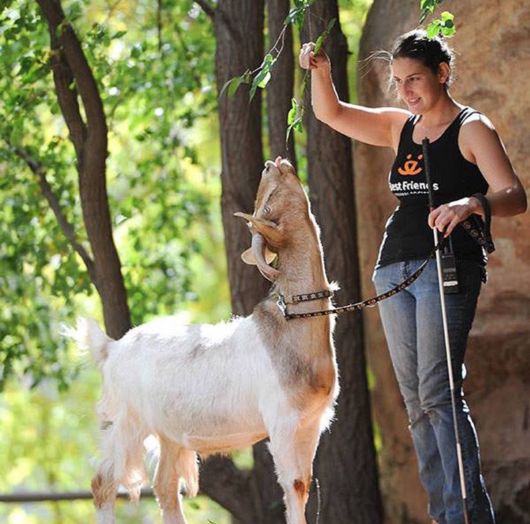 Goats may be annoying sometimes, but they can also be very good friends. Of course, this lady can trust this goat, as he in particular seems quite nice.

This is another odd pairing, but nevertheless amazing! 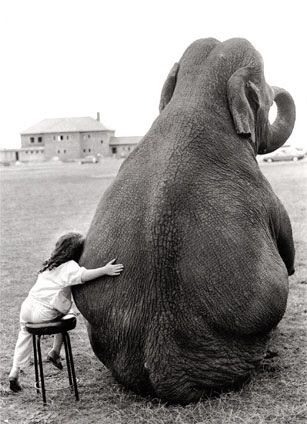 Elephants are quite cool and majestic in their own way. And this boy sure is having an amazing time, hitching a ride on this one.

Looks like I may need to start making some new animal friends, just like him. If only for a new mode of transportation!