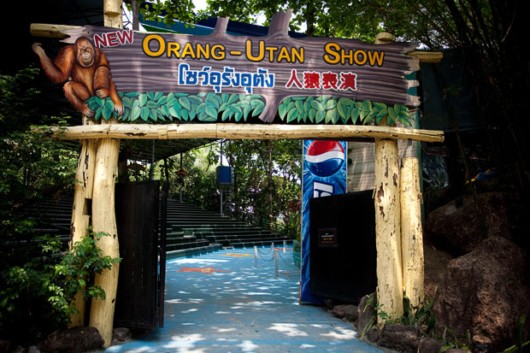 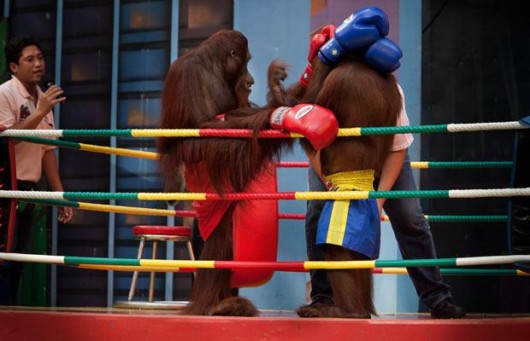 Dressed in garish shorts and boxing gloves, orangutans trade punches and spin-kick each other in a boxing ring. The sport takes place at a theme park called Safari World on the outskirts of Bangkok in Thailand. The same company was banned from doing exactly the same thing just six years ago 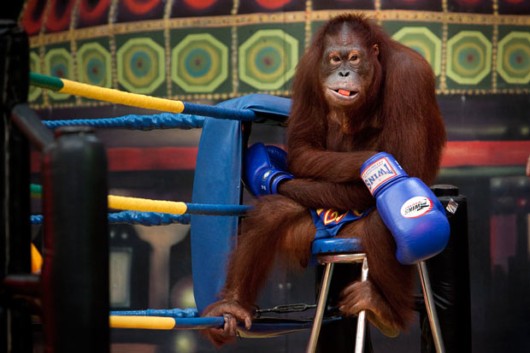 The apes kick-box each other as a spectacle for tourists in a show lasting more than 30 minutes, before being returned to their dark cages 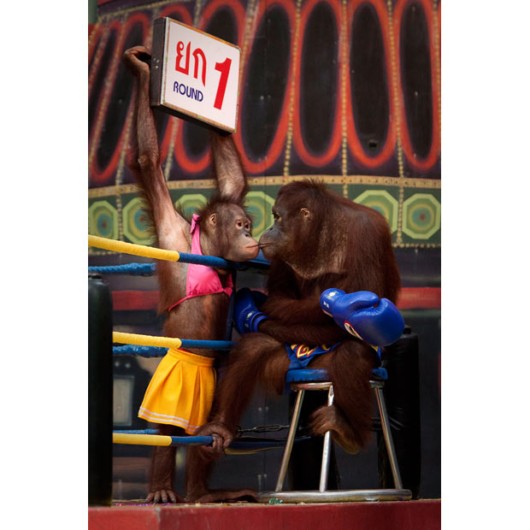 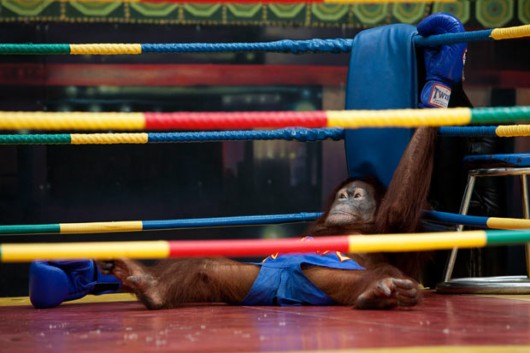 An orangutan lies in the corner of the ring, pretending to have been knocked out 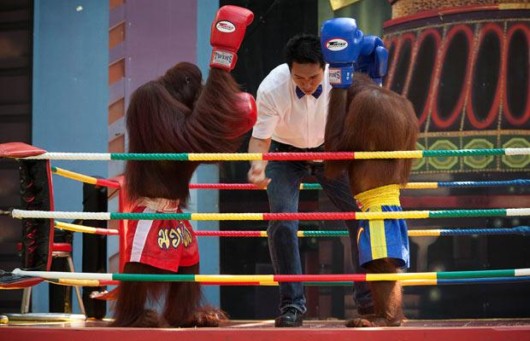 Animal campaigners say the apes – weighing up to 250lbs – could do themselves serious damage in the boxing ring. They warn it is hastening the end of the orangutan – which could be extinct in the wild in several years 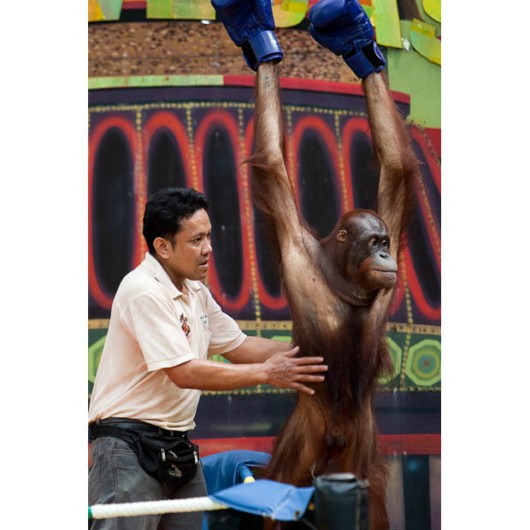 Dr Grainne McEntee, head of operations at Borneo Orangutan Survival (BOS), said: "It is heartbreaking that such practices still go on. Increasing awareness of the impact of deforestation in the Western world is crucial to helping bring this trade to an end" 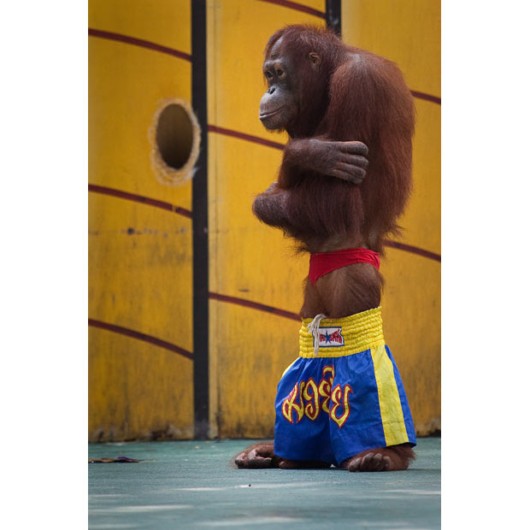 He said the continued devastation of the Bornean rainforest fuels this illegal trade in Orangutans, both as pets and for use in entertainment

In 2004, the Thailand government banned Safari World from conducting these controversial shows after the centre was found to be using illegally smuggled orangutans from Indonesia. The issue was exposed by Monkey World in Dorset and after Safari World was closed 48 orangutans were rescued and taken to a refuge in Nyaru Menteng, Indonesian Borneo 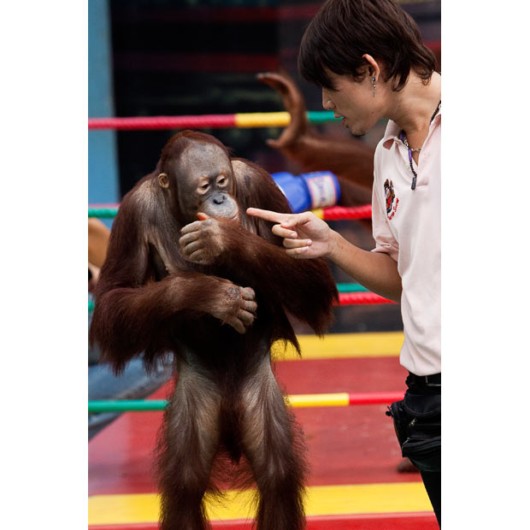 Borneo Orangutan Survival, which cares for 1,000 orangutans at the refuge was instrumental in the successful repatriation. ?When they arrived in Nyaru Menteng they always protected their face and head whenever people tried to get closer to them," said Hardi, the assistant project manager. "Maybe because their trainers often beat them. But no longer do they cover their faces and head as they have started trusting us? 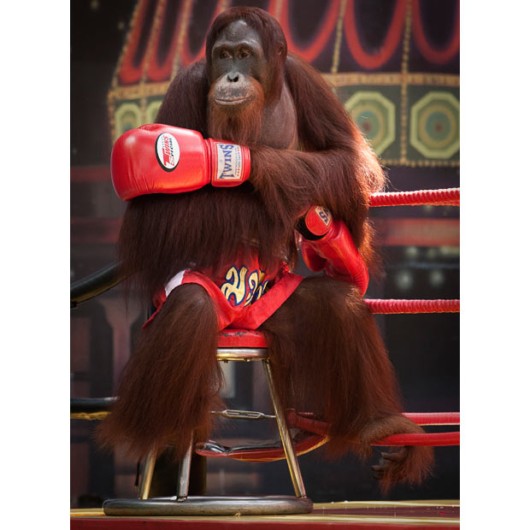 Dr. Grainne McEntee of Borneo Orangutan Survival said: ?The rescued orangutans now enjoy a semi-wild life on one of the islands close to the project. We will soon release some of these rehabilitated orangutans back to safe protected rainforest – a future we strive towards for all the orangutans" 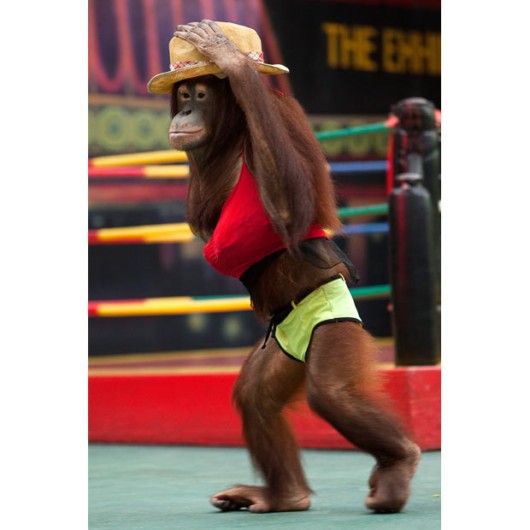 Safari World had claimed that the rescued orangutans were bred in captivity, but DNA testing proved that many of them had been smuggled from Sumatra and Borneo 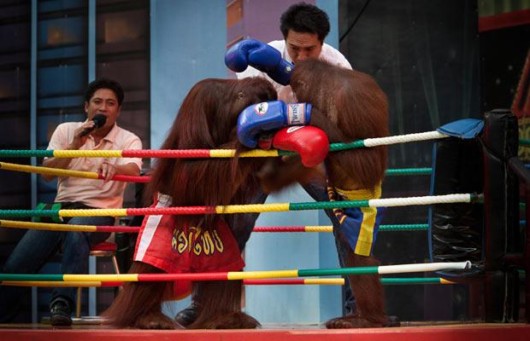 Wild orangutans are now only found in the jungles of Malaysia and Indonesia. The Sumatran species is critically endangered while the Bornean species is endangered, according to the International Union for Conservation of Nature (IUCN) red list 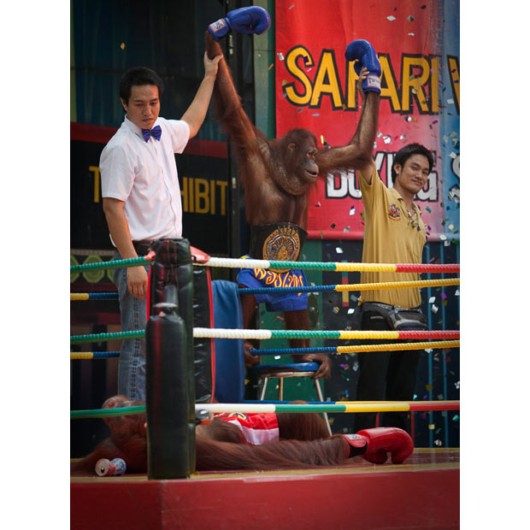 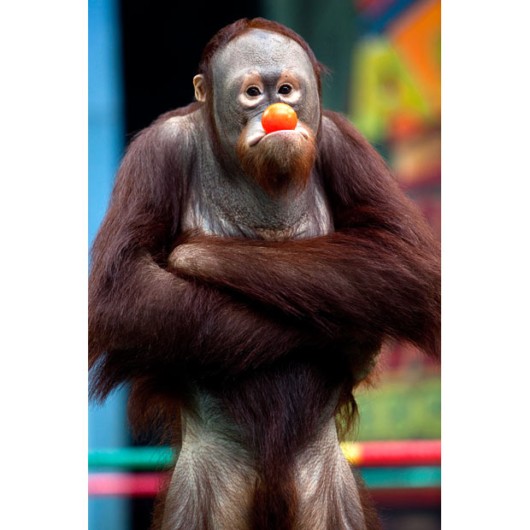