Spillways release floods so that water does not overtop and destroy the dam; water does not regularly flow over a spillway unless there is a flood. Typically spillways are round; this particular star-shaped one is located at the Kechut Reservoir near Jermuk in Armenia. We have already done a standalone feature on the round shaped bell-mouth spillways, but I have never seen a star-shaped spillway until now. 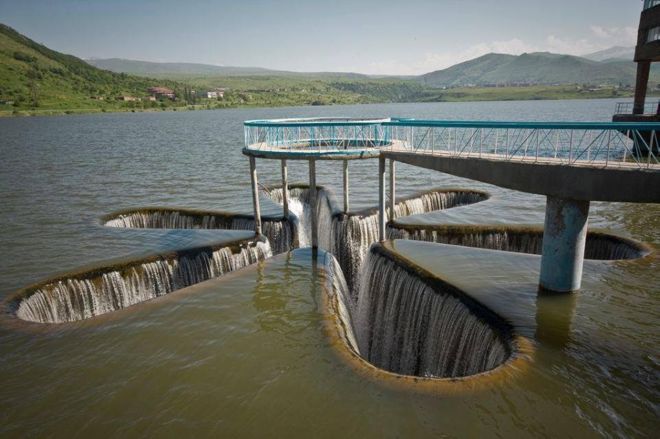 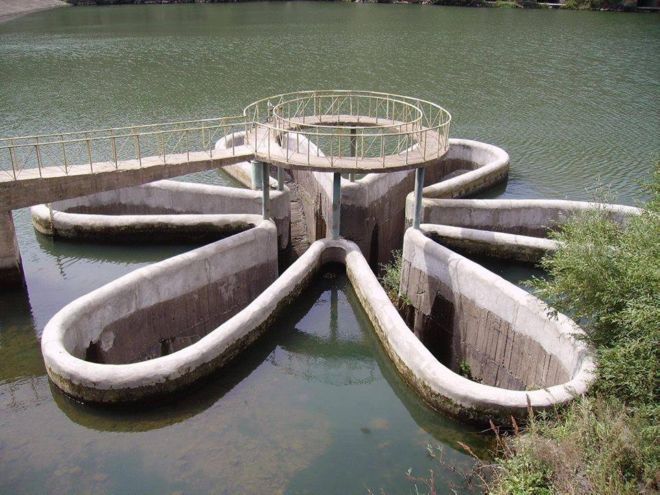 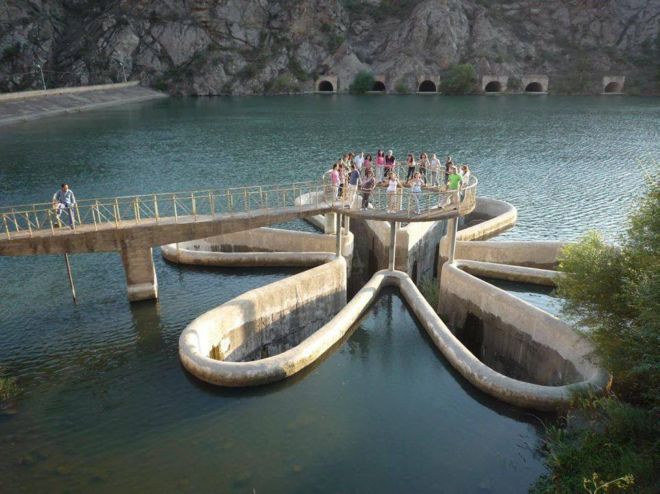 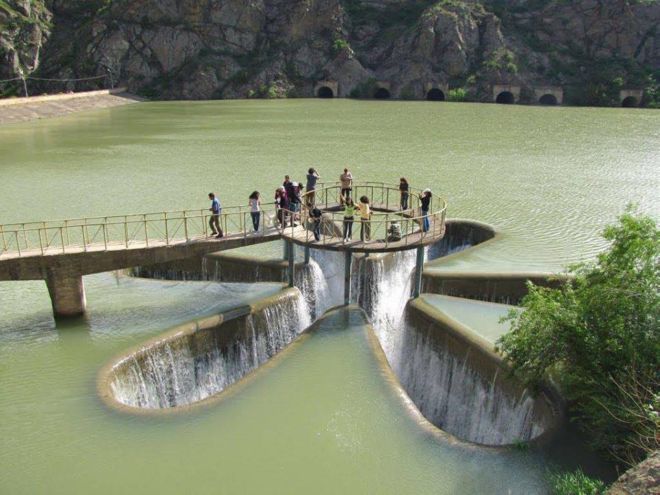 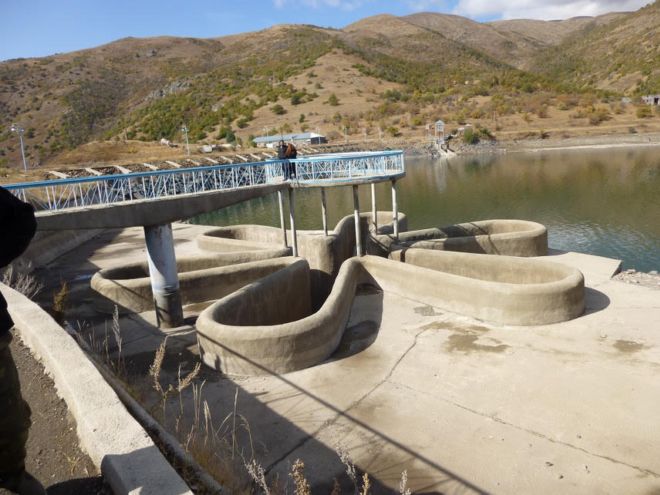