The Khajuraho temples are made of sandstone. The builders didn?t use mortar: the stones were put together with mortise and tenon joints and they were held in place by gravity. This form of construction requires very precise joints. The columns and architraves were built with megaliths that weighed up to 20 tons.

These temples of Khajuraho have sculptures that look very realistic and are studied even today.

The temples are grouped into three geographical divisions: western, eastern and southern. 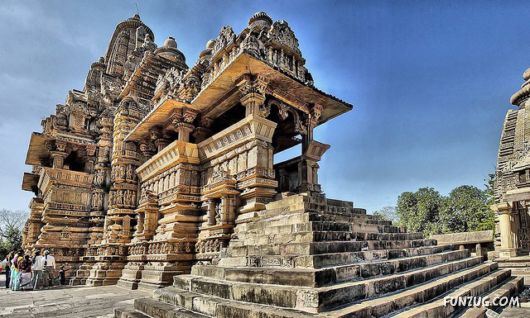 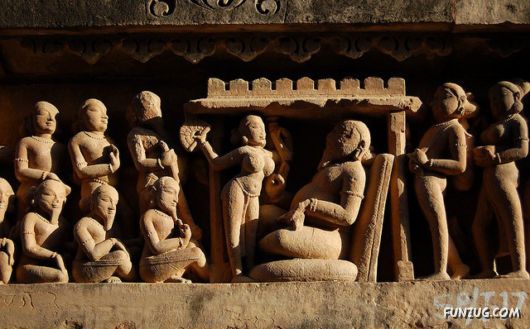 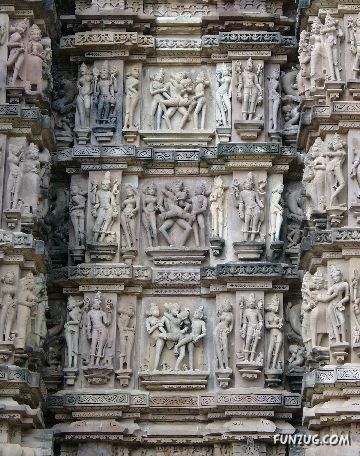 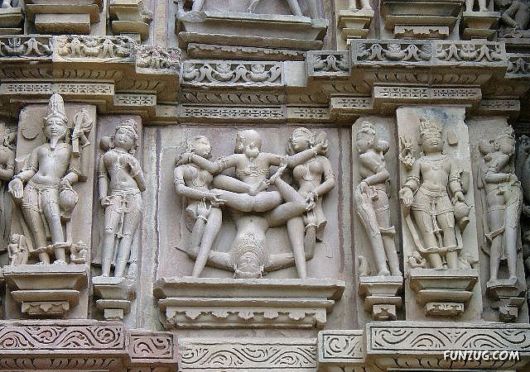 Some 10% of the carvings contain sexual themes; those reportedly do not show deities, they show sexual activities between people. The rest depict the everyday life of the common Indian of the time when the carvings were made, and of various activities of other beings. For example, those depictions show women putting on makeup, musicians, potters, farmers, and other folk. 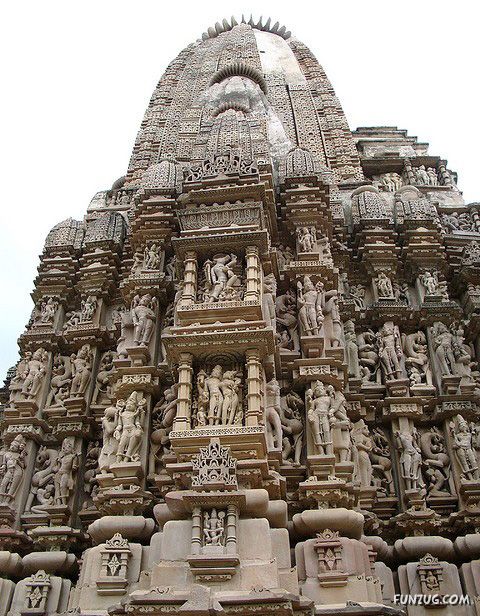 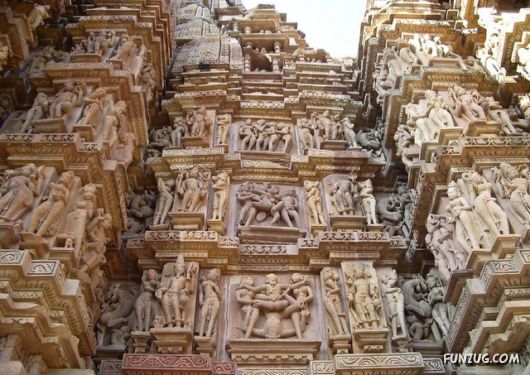 Khajuraho temple complex offers a well-made light and sound show every evening. The first show is in English language and the second one in Hindi. The show is about an hour long and covers the history, philosophy and the art of sculpting of these temples. It is held in the open lawns in the temple complex. 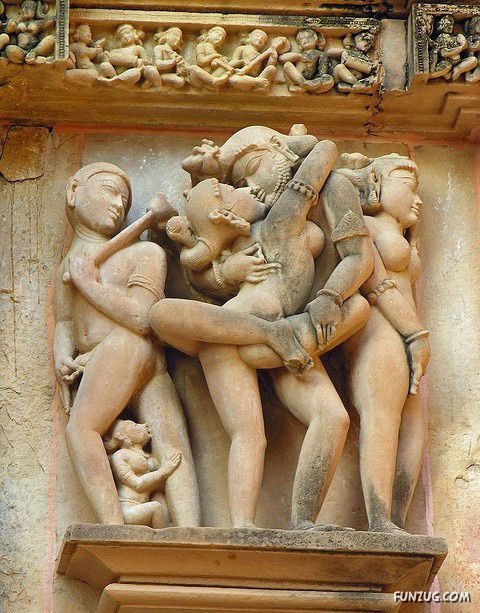 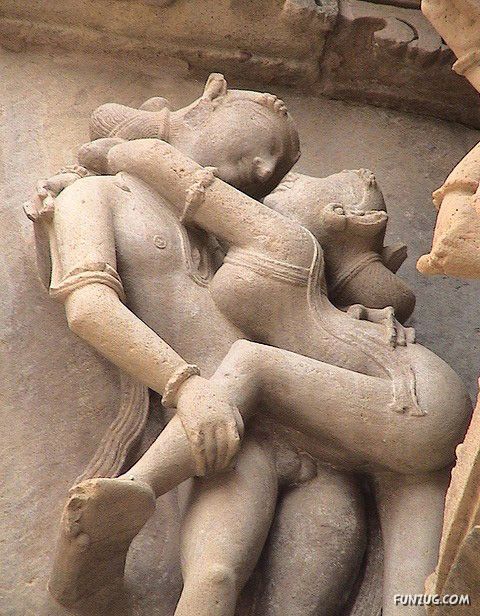 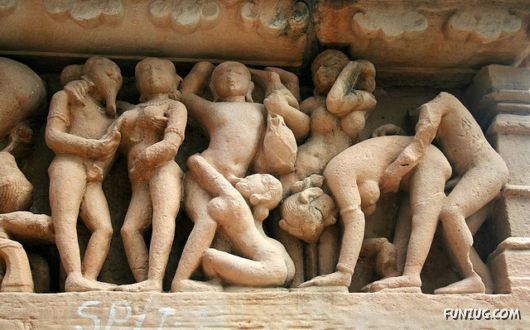 The Khajuraho Dance Festival, held every year in February/March, is an opportunity for visitors to experience various classical Indian dances set against the backdrop of the Chitragupta or Vishwanath Temples. 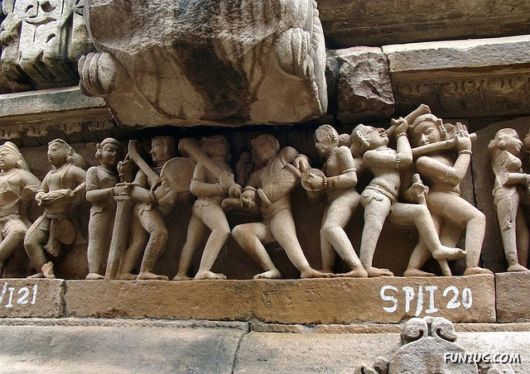 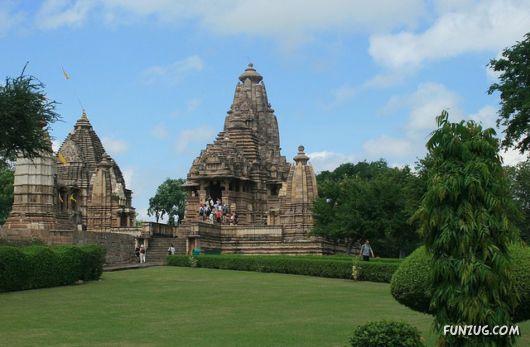