Engineering Marvels of China ! Pl don’t skip to read the write up at the end !
If China can do it, why not our nation? 65 yrs and very little progress on so many fronts except one-ie Corruption. How can a corrupt nation progress. Modi is the only hope. MYT

A MUST Read article

Aizhai Bridge in Hunan province is 336 m (1.102 ft.) high and has a 1,176 m (3,858 ft.) span. It connects two traffic tunnels in the mountains, cutting the time needed to traverse the canyon from 30 minutes to 1 minute. Construction took five years. Work finished at the end of the last year, making it the world’s longest and highest suspension bridge Note that the person below is 1102 feet above the ground and is sweeping the dirt off this twenty first century Engineering marvel with a broom that was designed centuries ago and has no safety line. 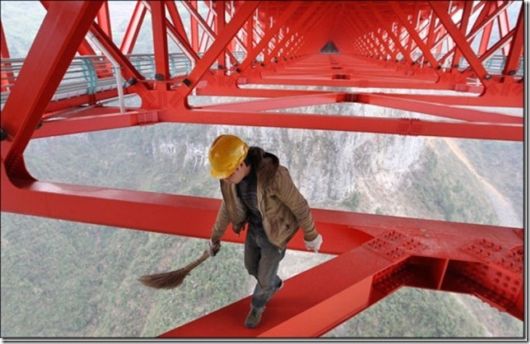 A brave worker put the final touches on the Anzhaite Bridge. 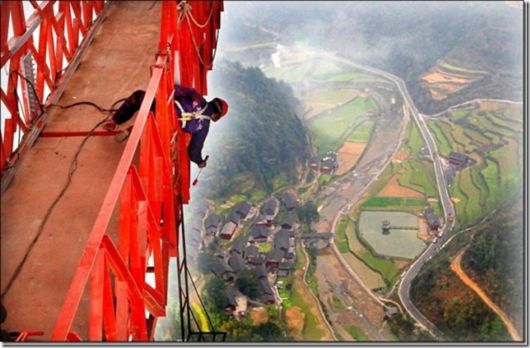 Blasting and coating this steel superstructure in a couple of decades will be an interesting project. 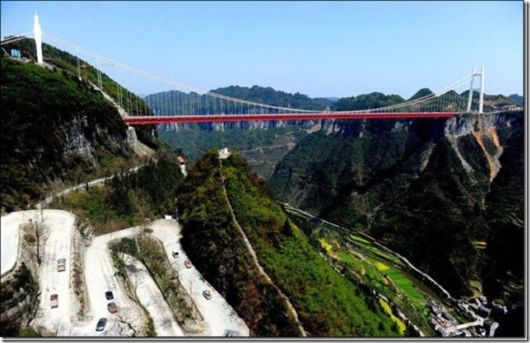 Pedestrians walk along it on a special walkway under the road. 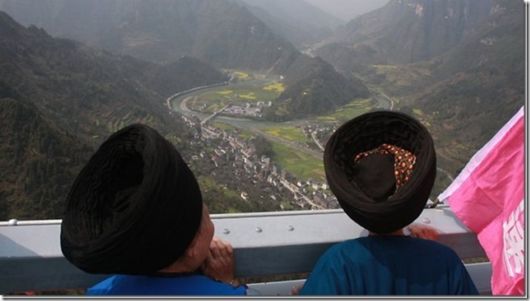 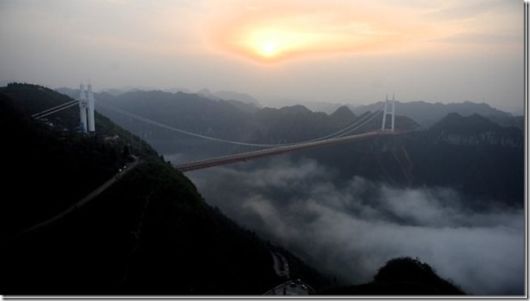 The bridge, which connects to two tunnels, was built to ease traffic. 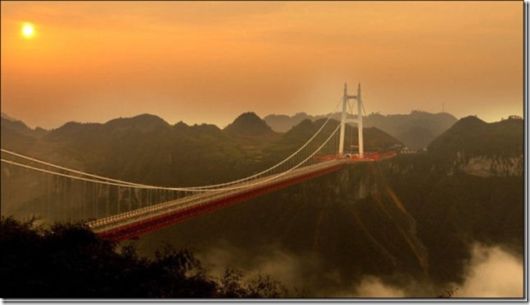 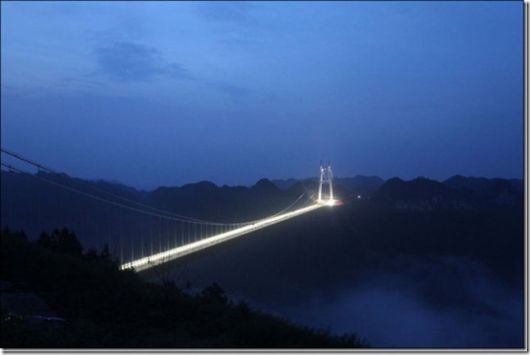 Drivers can take in the views of the Dehang Canyon 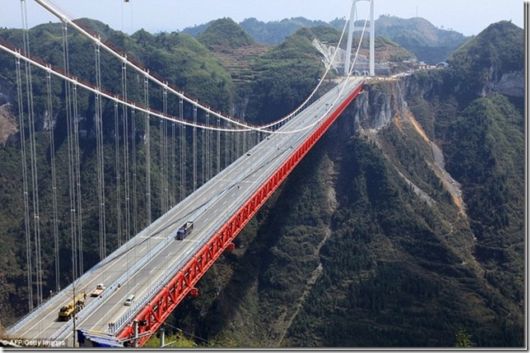 People and traffic during the Opening Ceremony. Vehicles motor along a two-way, four-lane motorway. 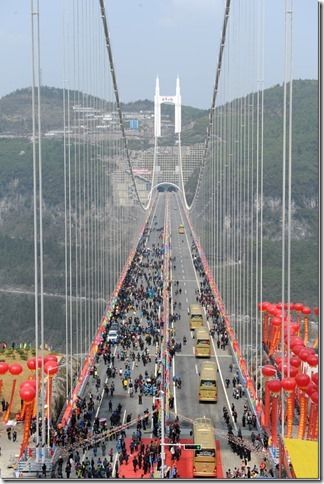 This article, though aimed at a US audience, gives a scary insight into China?s growing economic power.
A Little Known Reality:

In future China will employ millions of American workers and dominate thousands of small communities all over the United States. Chinese acquisition of U.S. Businesses set a new all-time record last year, and it is on pace to shatter that record this year.

The Smithfield Foods acquisition is an example. Smithfield Foods is the largest pork producer and processor in the world. It has facilities in 26 U.S. States and it employs tens of thousands of Americans. It directly owns 460 farms and has contracts with approximately 2,100 others. But now a Chinese company has bought it for $ 4.7 billion, and that means that the Chinese will now be the most important employer in dozens of rural communities all over America.

Thanks in part to our massively bloated trade deficit with China, the Chinese have trillions of dollars to spend.

They are only just starting to exercise their economic muscle.

Last year a Chinese company spent $2.6 billion to purchase AMC entertainment ? one of the largest movie theater chains in the United States. Now that Chinese company controls more movie ticket sales than anyone else in the world.

But China is not just relying on acquisitions to expand its economic power. ?Economic beachheads? are being established all over America. For example, Golden Dragon Precise Copper Tube Group, Inc. recently broke ground on a $100 million plant in Thomasville, Alabama. Many of the residents of Thomasville, Alabama will be glad to have jobs, but it will also become yet another community that will now be heavily dependent on communist China.

And guess where else Chinese companies are putting down roots? Detroit. Chinese-owned companies are investing in American businesses and new vehicle technology, selling everything from seat belts to shock absorbers in retail stores, and hiring experienced engineers and designers in an effort to soak up the talent and expertise of domestic automakers and their suppliers. If you recently purchased an ?American-made? vehicle, there is a really good chance that it has a number of Chinese parts in it. Industry analysts are hard-pressed to put a number on the Chinese suppliers operating in the United States.

China seems particularly interested in acquiring energy resources in the United States. For example, China is actually mining for coal in the mountains of Tennessee. Guizhou Gouchuang Energy Holdings Group spent $616 million dollars to acquire Triple H Coal Co. in Jacksboro, Tennessee. At the time, that acquisition really didn?t make much news, but now a group of conservatives in Tennessee is trying to stop the Chinese from blowing up their mountains and taking their coal.

And pretty soon China may want to build entire cities in the United States just like they have been doing in other countries.

Right now China is actually building a city larger than Manhattan just outside Minsk, the capital of Belarus.

Are you starting to get the picture? China is on the rise. If you doubt this, just read the following:

# When you total up all imports and exports, China is now the number one trading nation on the entire planet.

# Overall, the U.S. has run a trade deficit with China over the past decade that comes to more than 2.3 trillion dollars.

# China has more foreign currency reserves than anyone else on the planet.

# China now has the largest new car market in the entire world.

# China now produces more than twice as many automobiles as the United States does. After being bailed out by U.S. taxpayers, GM is involved in 11 joint ventures with Chinese companies.

# China is the number one gold producer in the world.

# The uniforms for the U.S. Olympic team were made in China.

# 85% of all artificial Christmas trees the world over are made in China.

# The new World Trade Center tower in New York is going to include glass imported from China.

# China now consumes more energy than the United States does.

# China is now in aggregate the leading manufacturer of goods in the entire world.

# China uses more cement than the rest of the world combined.

# China is now the number one producer of wind and solar power on the entire globe.

# China produces more than 90 percent of the global supply of rare earth elements.

# China is now the number one supplier of components that are critical to the operation of any national defense system.

# In published scientific research articles China is expected to become number one in the world very shortly.

And what we have seen so far may just be the tip of the iceberg.

For now, I will just leave you with one piece of advice ? learn to speak Chinese.

You are going to need it!