Search
Menu
Search
Nice pad, but I bet Kate changes the wallpaper! As Kensington Palace opens to the public after a £12m makeover we take an exclusive tour of Kate and Will’s new home

Not since the Windsor fire of 1992, has there been a royal makeover on this scale. Indeed, the last time a palace went through a
facelift of this magnitude, it was courtesy of a German bomb.

In the case of Kensington Palace, however, this £12million transformation has not been prompted by any misfortune but by years of careful planning. Admittedly, there has been one unexpected, 11th-hour alteration to the designs.

But no one is complaining about the decision of the Duke and Duchess of Cambridge to set up home here ? because their presence in the private wing of the palace is only going to draw even more visitors through the doors on the public side. 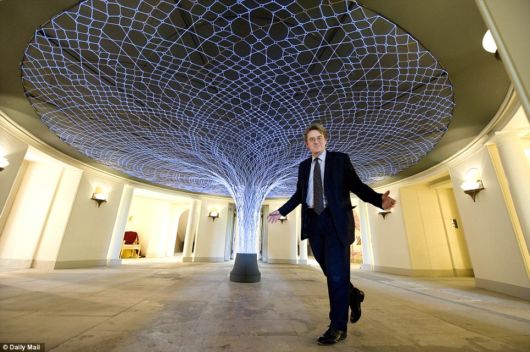 Palace of varieties: Mail writer Robert Hardman stands by the modern luminous lace piece – a light sculpture made of more than two miles of electroluminescent wire

A few days ago, the Queen came to Kensington to re-open what used to be the seat of royal power until the monarchy moved to Buckingham Palace. Before she cut the ribbon, she toured the rooms where Queen Victoria grew up and inspected the new displays which feature everything from Prince Albert?s tongue-scraper to a new range of Diana, Princess of Wales, wallpaper and a very creepy children?s birthday party (of which more later).

?We?ve set out to awaken a sleeping beauty,? announced Charles Mackay, the chairman of Historic Royal Palaces, the independent charity which runs the place. He might equally have called it a sleeping giant. Because, after years in the heritage doldrums, KP is finally exploiting its true potential as one of the capital?s major tourist attractions. 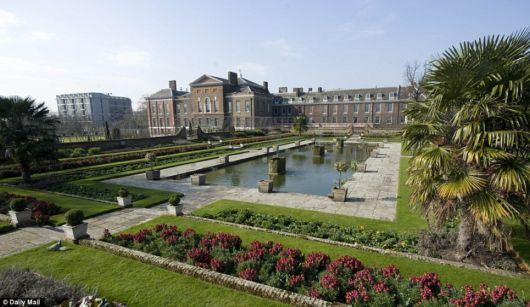 The restored formal gardens: After years in the heritage doldrums, KP is finally exploiting its true potential as one of the capital’s major tourist attractions 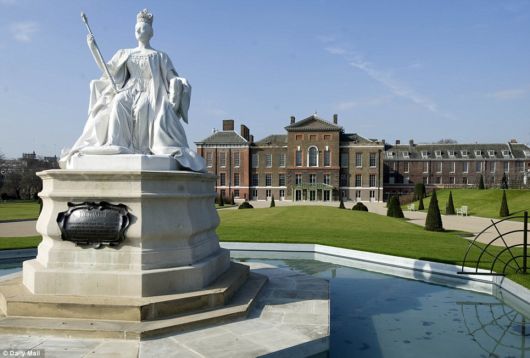 Centrepiece: The statue of Queen Victoria sculpted by her daughter Princess Louise has been spruced up and is looking as good as new 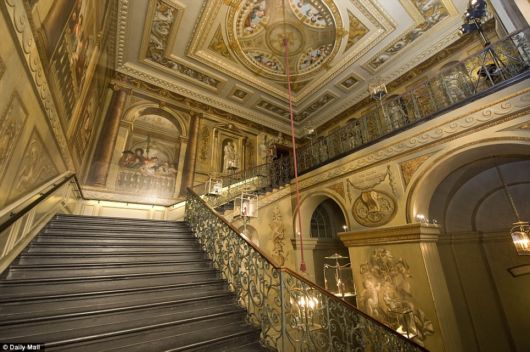 Splendour: The King’s Grand Staircase, The £12 million refurbishment has been paid for with cash reserves, Lottery funding and support from charitable trusts like the Clore Duffield, Gosling and Rothermere foundations 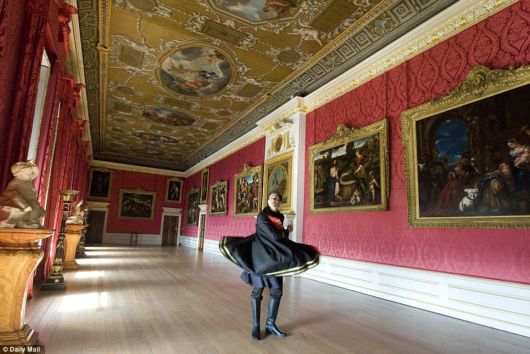 A staff member in period costume sweeps through the King’s State Rooms: First opened to tourists in Victorian times, Kensington Palace has long been a collection of flats for royal relatives – the Duke of Windsor used to call it ‘the Aunt Heap’ 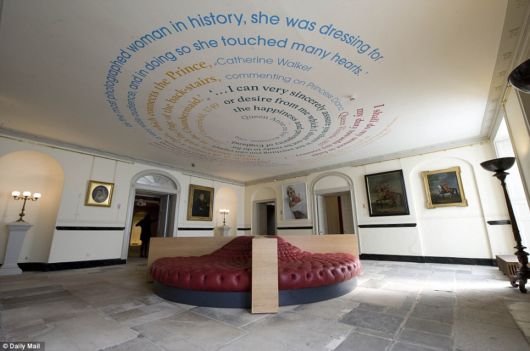 The Historic Royal Palaces team believe Kensington Palace has to appeal to all ages and tastes if it is to boost its annual visitor numbers from the usual 300,000 to upwards of 400,000 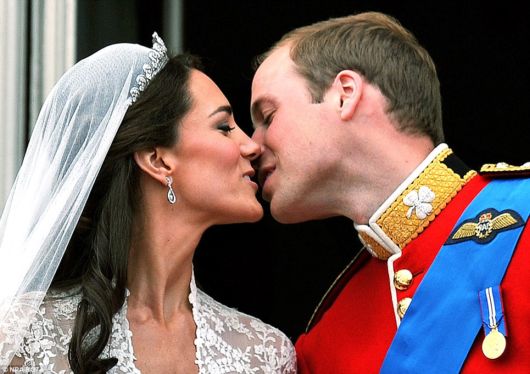 Moving in: Soon Kensington Palace will be home to the Duke and Duchess of Cambridge