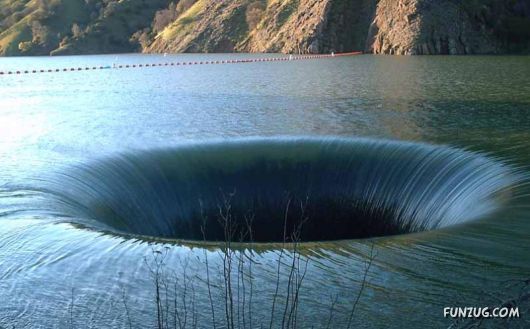 At first glance you might mistake a bell-mouth spillway for a watery vortex into another dimension. What can only be described as a giant hole in the water is actually a method for controlling the release of flows from a dam or levee into a downstream area. These spillways help prevent floods from â??damâ??-aging or destroying a dam. 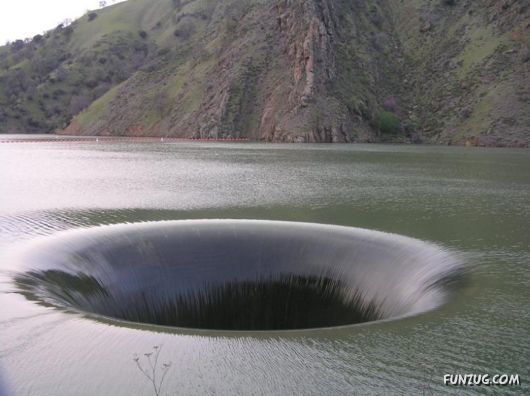 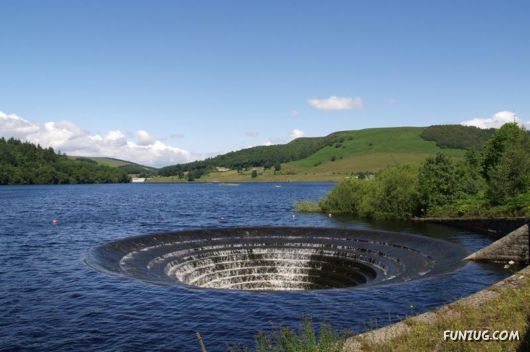 SPILLWAYS
– A spillway is a structure used to provide for the controlled release of flows from a dam or levee into a downstream area, typically being the river that was dammed
– Spillways release floods so that the water does not overtop and damage or even destroy the dam. Except during flood periods, water does not normally flow over a spillway
– In contrast, an intake is a structure used to release water on a regular basis for water supply, hydroelectricity generation, etc.
– Floodgates and fuse plugs may be designed into spillways to regulate water flow and dam height
– Other uses of the term â??spillwayâ?� include bypasses of dams or outlets of a channels used during highwater, and outlet channels carved through natural dams such as moraines 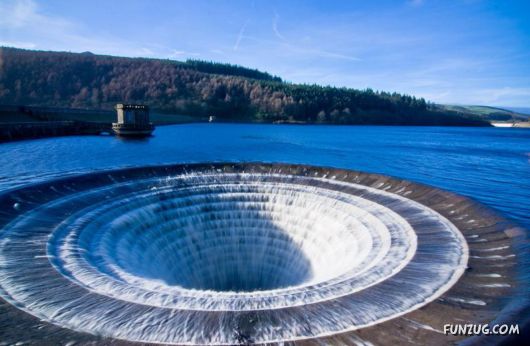 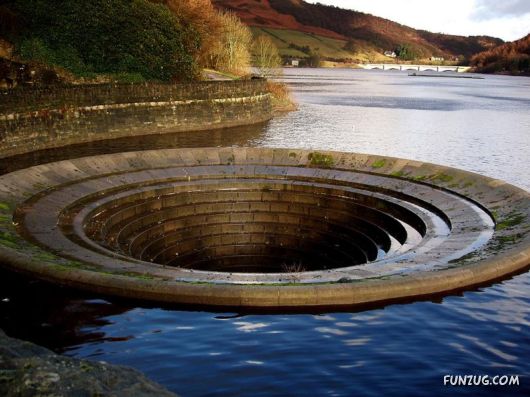 BELL-MOUTH SPILLWAYS
– Some spillways are designed like an inverted bell so that water can enter all around the perimeter. These uncontrolled spillway devices are also called: morning glory, plughole, glory hole, or bell-mouth spillways
– In areas where the surface of the reservoir may freeze, bell-mouth spillways are normally fitted with ice-breaking arrangements to prevent the spillway from becoming ice-bound 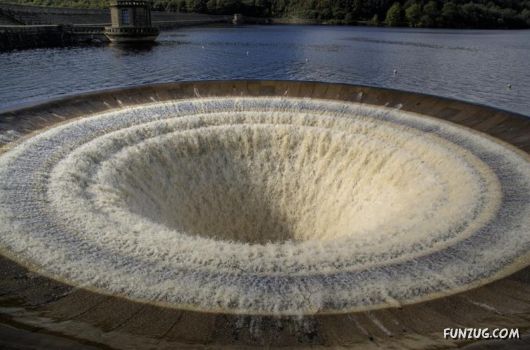 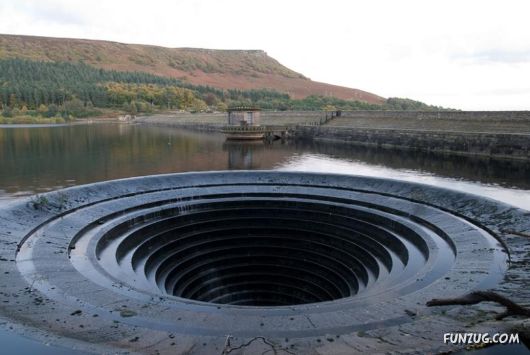 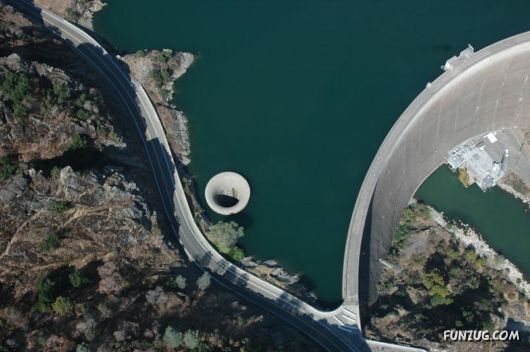 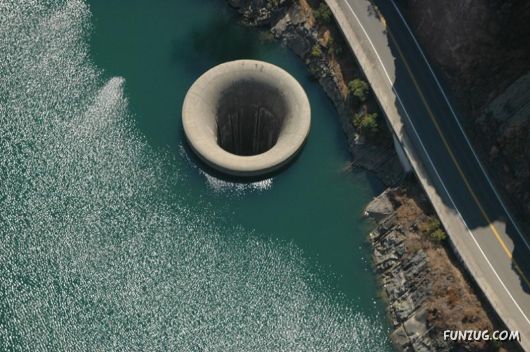 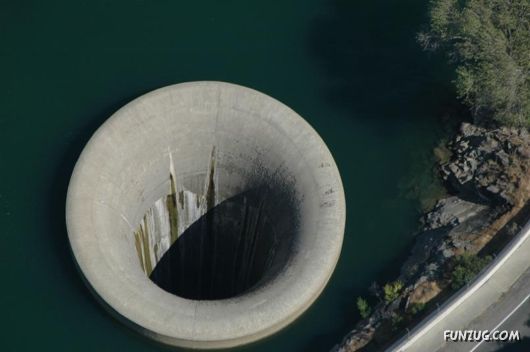 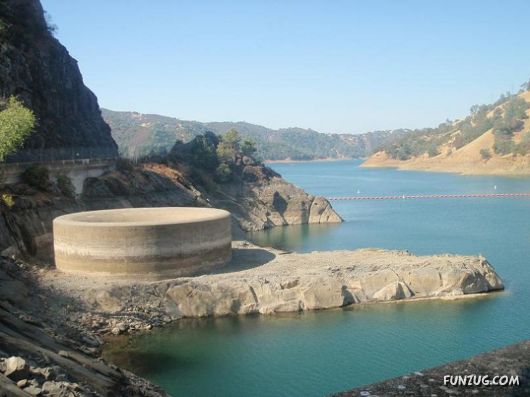 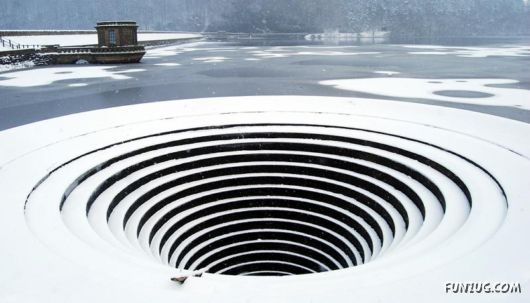 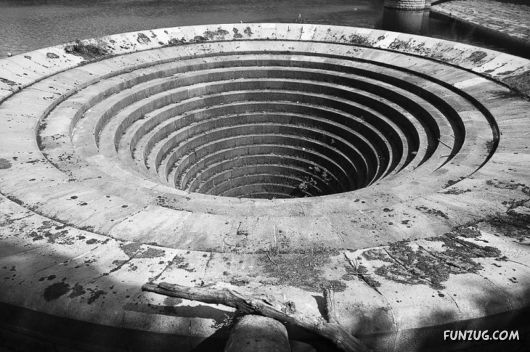 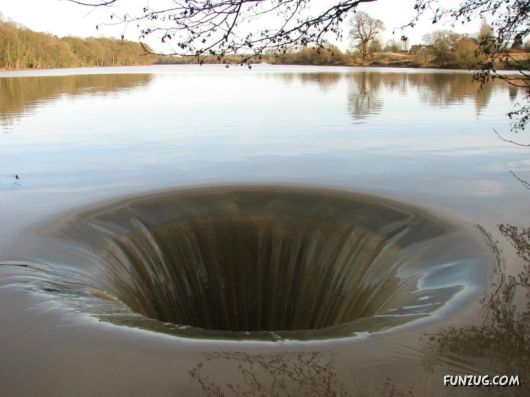 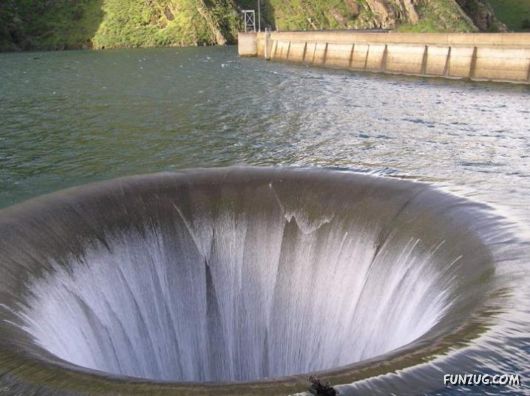 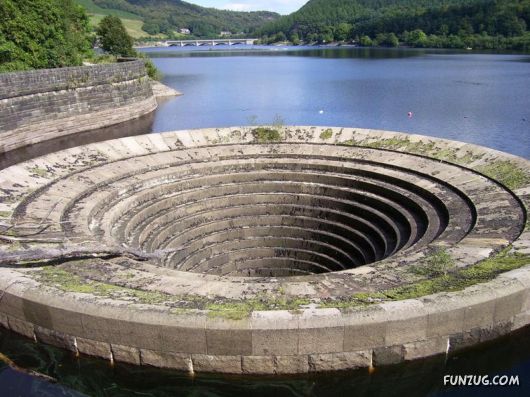 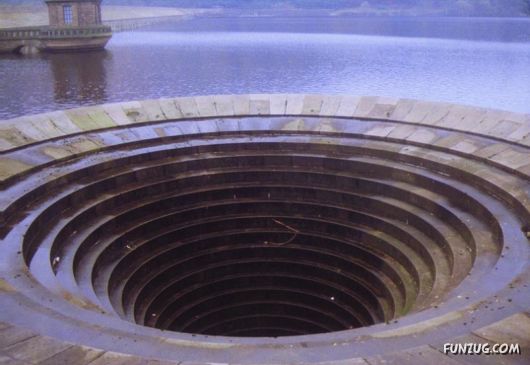 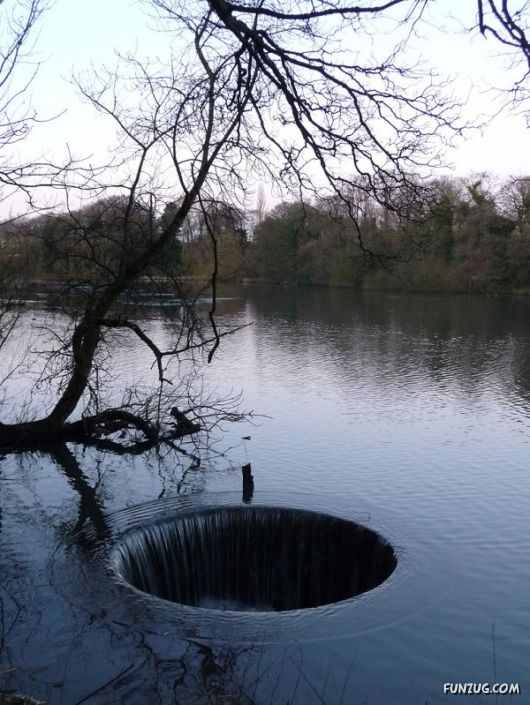 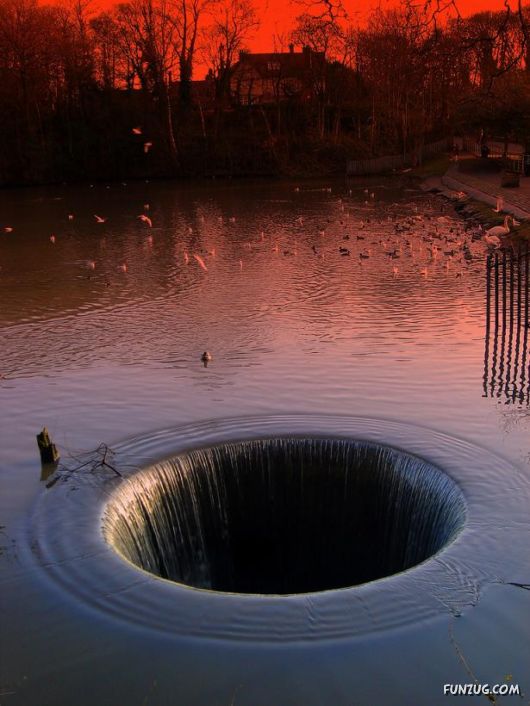