The Laxey Wheel (also known as Lady Isabella) is a large waterwheel built in the village of Laxey in the Isle of Man. Designed by Robert Casement, it has a 72-foot-6-inch (22.1 m) diameter, is 6 feet (1.83 m) wide and revolves at approximately three revolutions per minute. It was built in 1854 to pump water from the mineshafts and named “Lady Isabella” after the wife of Lieutenant Governor Charles Hope who was the island’s governor at that time. The Laxey Wheel is the largest working waterwheel in the world. The wheel was used to pump water from the Glen Mooar part of the ?Great Laxey Mines? industrial complex. 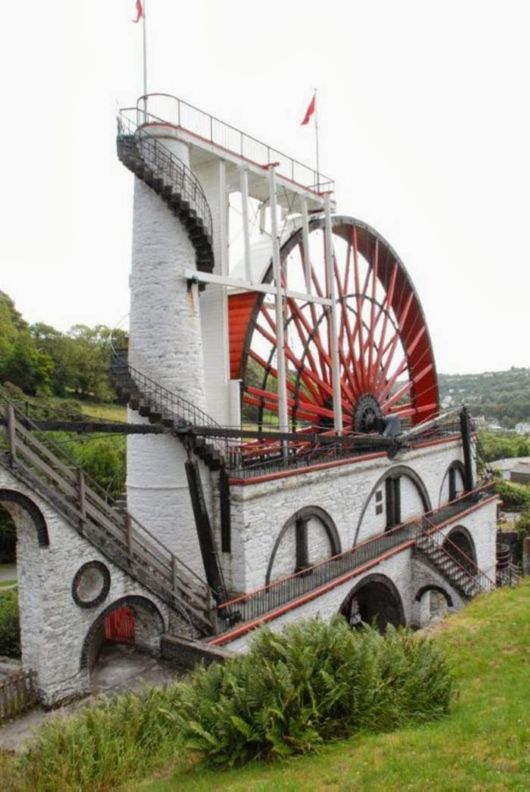 The 150th anniversary of the Lady Isabella was celebrated by the people of Laxey with a grand Fayre on Saturday 24 September 2004. It is currently maintained by Manx National Heritage as part of the Great Laxey Wheel & Mines Trail. The Wheel features today on the reverse side of the £20 notes issued by the Isle of Man Government. 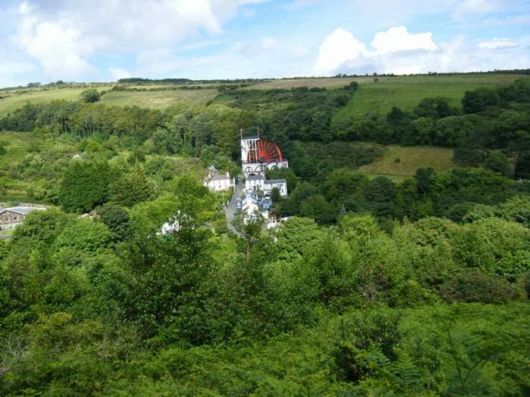 The wheel is water-powered since the Isle of Man does not have a supply of coal but does have an abundance of water.

Water from the surrounding area, including the local river, is collected in a cistern which is above the level of the top of the wheel. A closed pipe connects the cistern to the top of the wheel; thus the water flows up the tower without problem. The water falls from the pipe into the buckets (formed from wooden slats on the circumference) and makes the wheel rotate in what is described as the ‘reverse’ direction. The crank has a throw of 4 feet (1.22 m) and connects to a counterweight and to a very long rod. This rod runs along the rod viaduct to the pumping shaft where the 8 feet (2.44 m) stroke is converted by T-rockers into a pumping action.

Most of the wheel and rod is made of wood; however, key mechanical parts are metal to provide tension and bearing surfaces. The rod has attached wheels at intervals to permit the stroke’s motion with minimal friction. 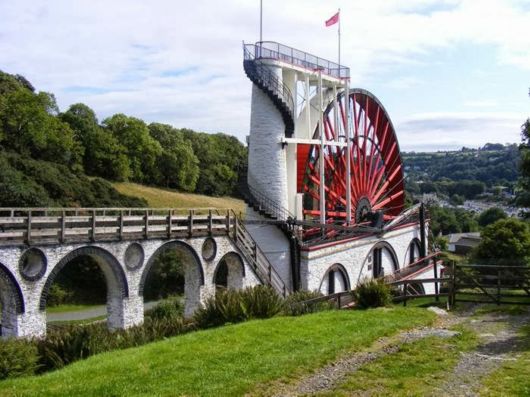 The wheel still operates but does not pump water. 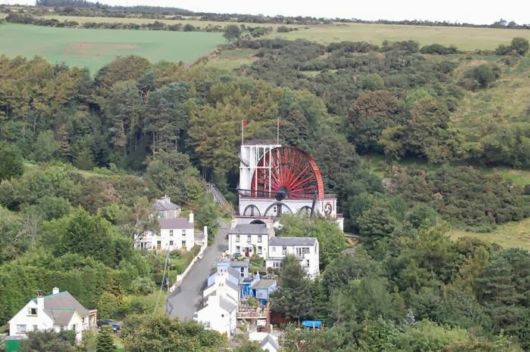 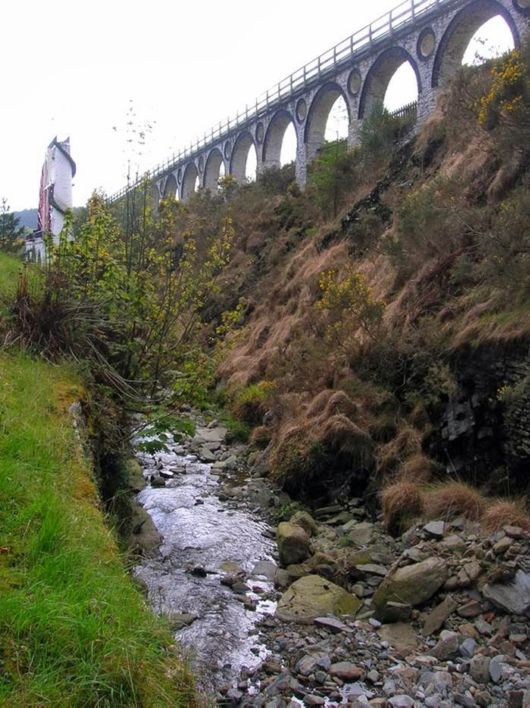 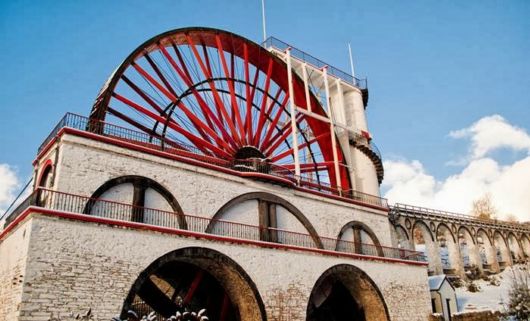 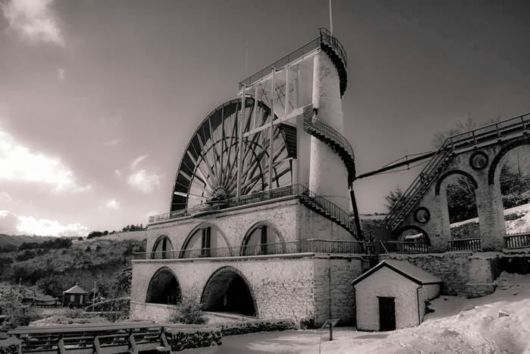 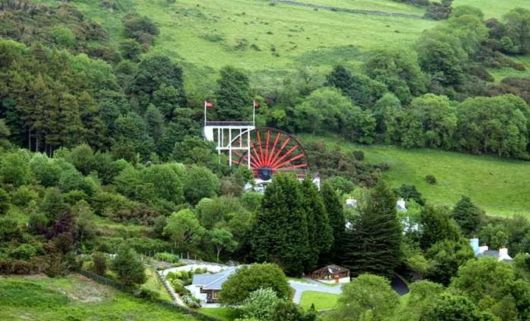 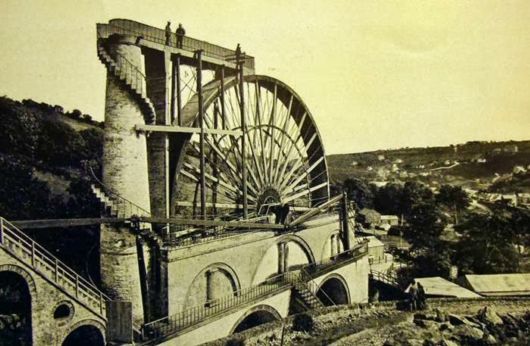 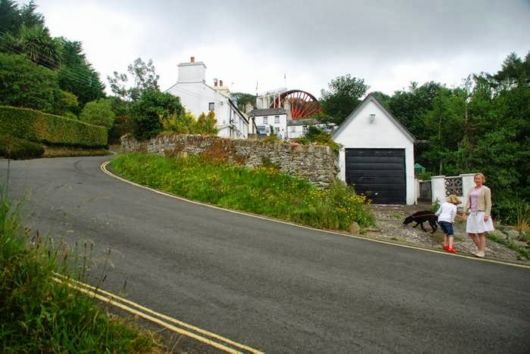 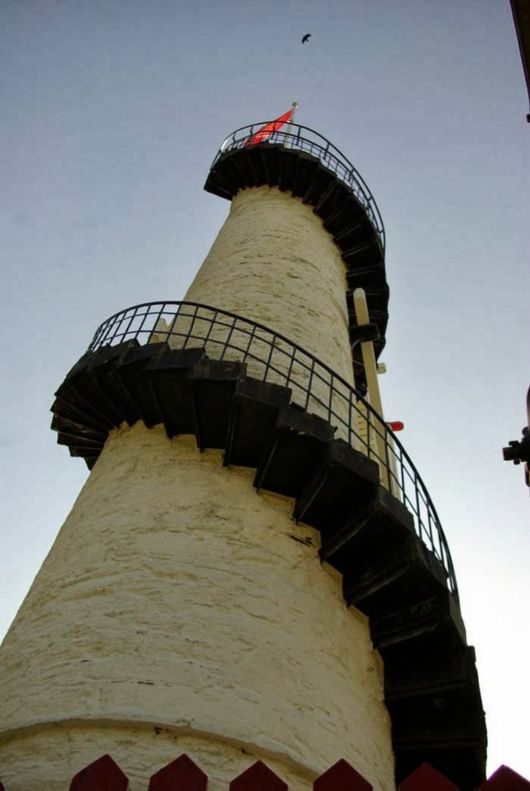 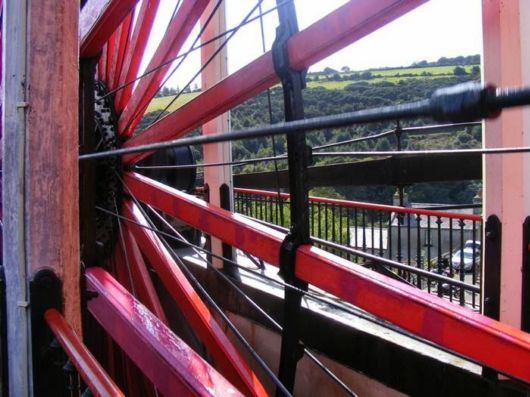 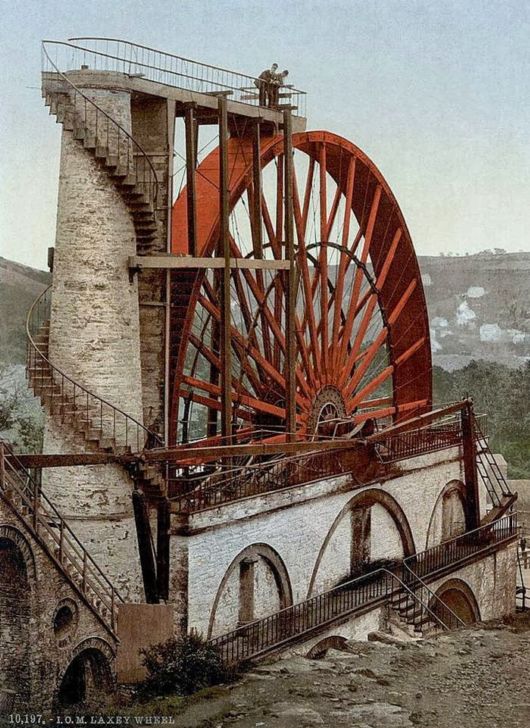 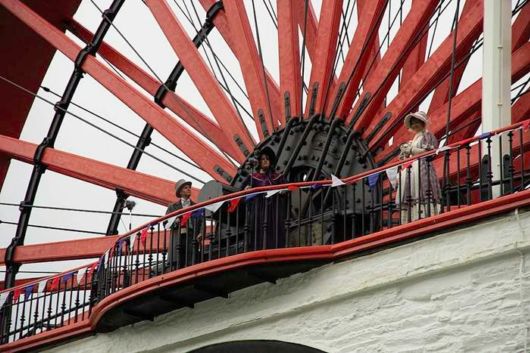 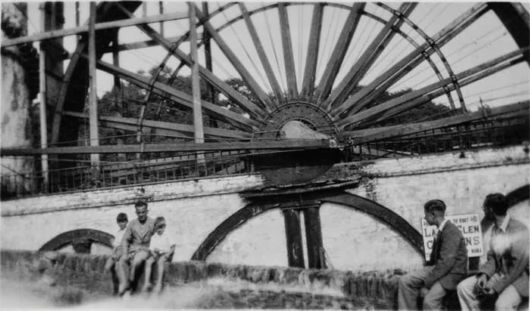 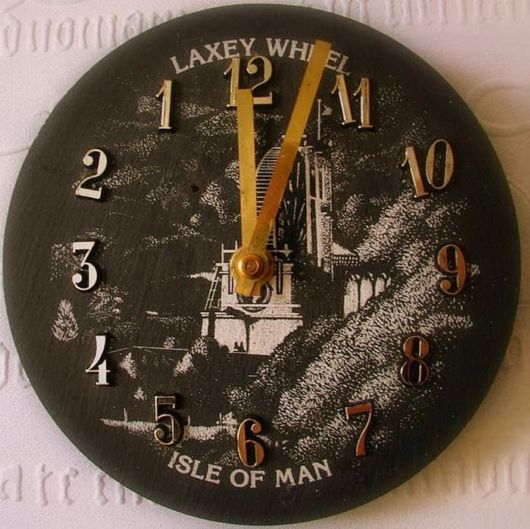 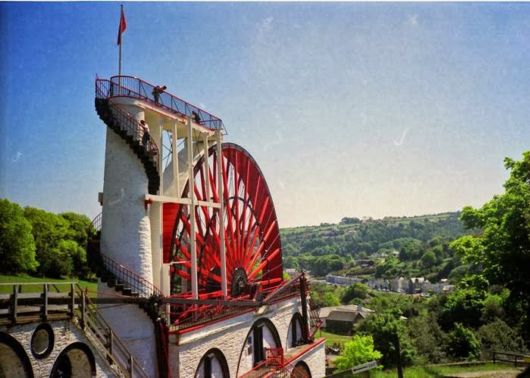 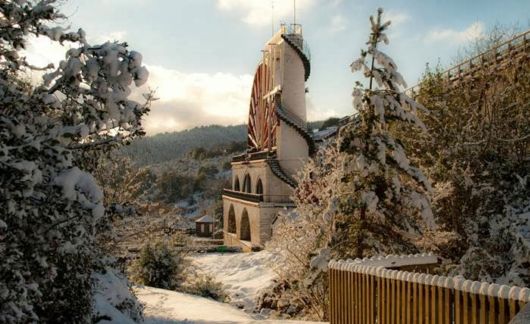 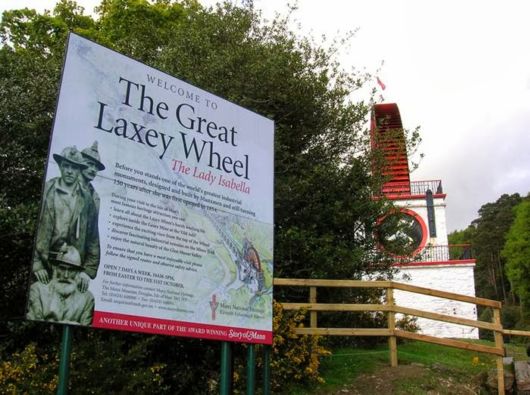