The Klementinum Library is one of the most beautiful examples of Baroque style architecture. It was first opened in 1722 as part of the Jesuit University. It houses over 20,000 volumes and has been voted as the most majestic and stunning library in the world.

The library is open most days from morning until the afternoon. For more information visit klementinum.com 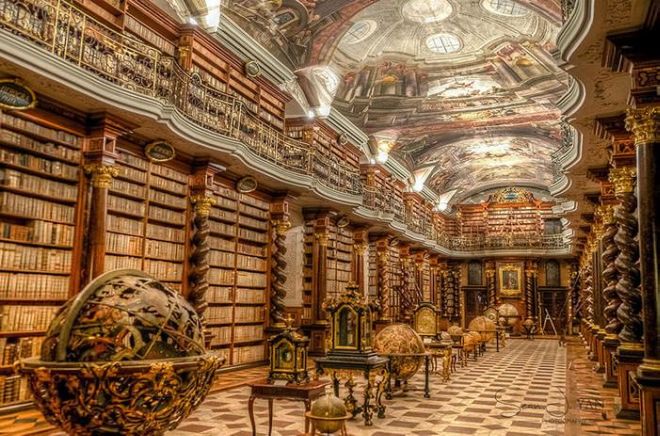 This library was built on an area of 2 hectares, and is without a doubt one of the biggest building complexes in Europe. 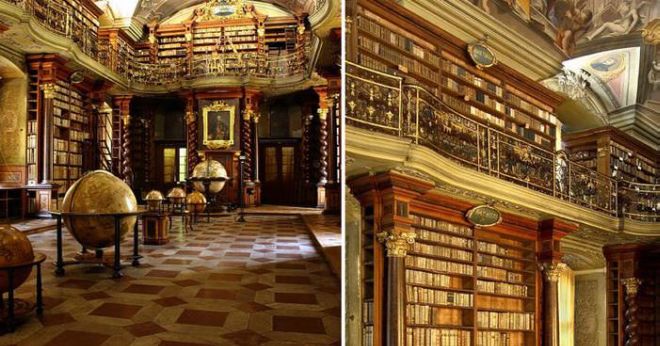 The frescos decorating the ceiling were the creation of Jan Hiebl. This library can be found in Prague, in the Czech Republic. They have allegorical motifs of education as well as portraits of Jesuit saints, past patrons of the library and other prominent people. 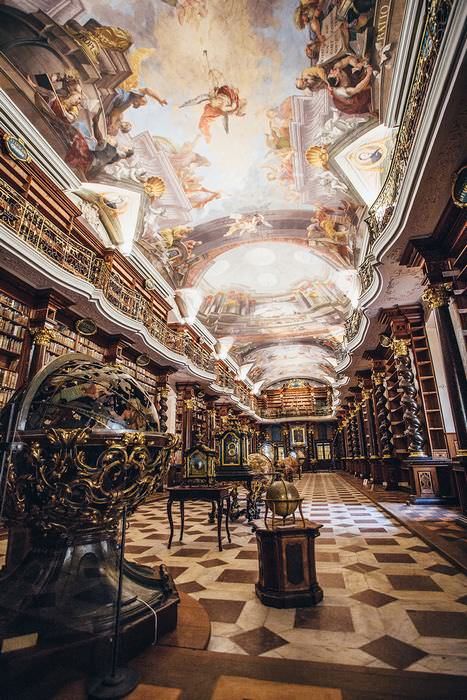 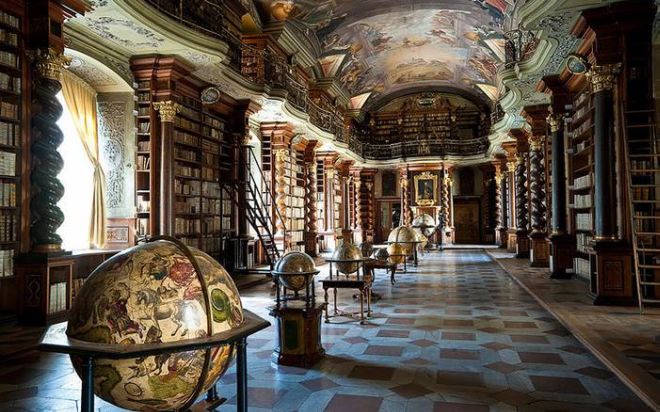 It also houses an amazing collection of geographical and astronomical globes at its center, mostly the works of the Jesuit order. They’ve also constructed astronomical clocks. 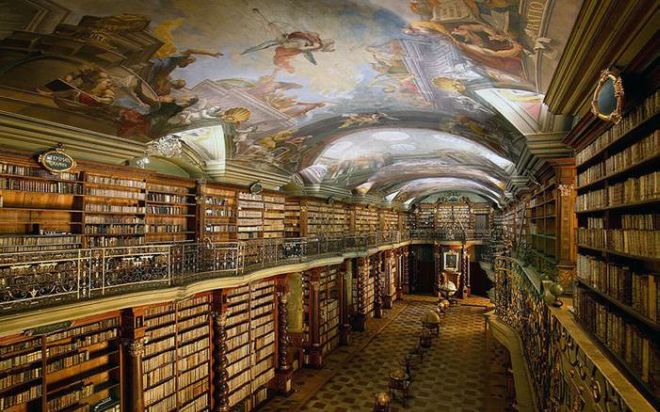 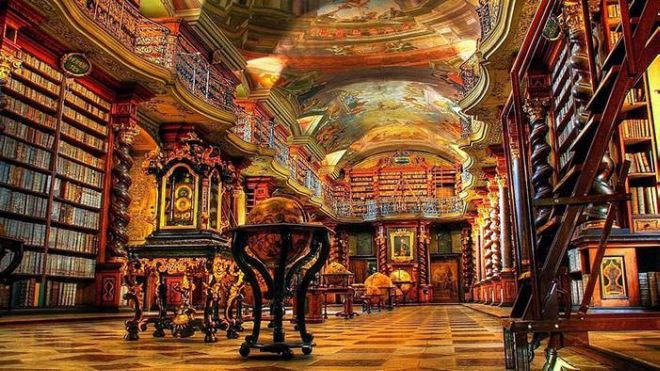 The interior of the library has remained unchanged and untouched since the 18th century. 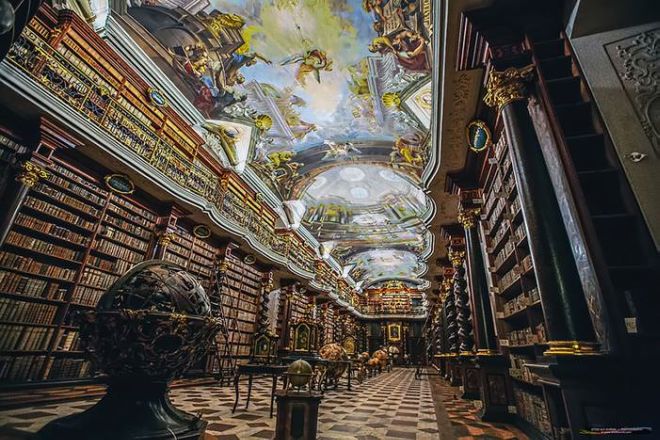 This historic library has recently consented to let Google scan some of its rare and historical books for posterity.