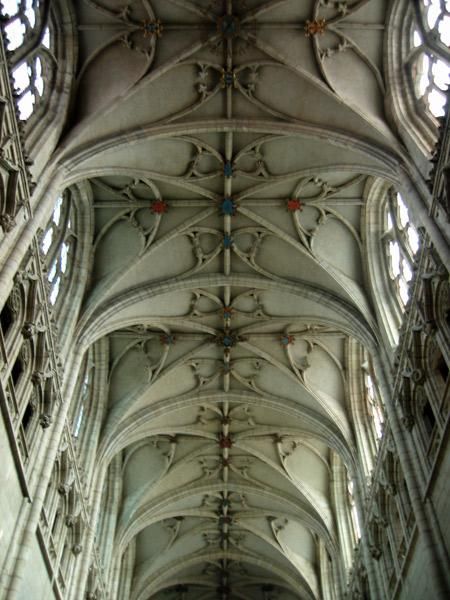 The Église Saint-Nizier (St. Nizier Church) is a Flamboyant Gothic church built during the 14th and 15th centuries. Located at the heart of the Presqu’île, this church was originally erected in memory of the early Christian martyrs of Lyon.

The building of St. Nizier began in 1303, but the church was not consecrated until 1407. The brick steeple was added during the 15th century and its portal was erected during the Renaissance era. 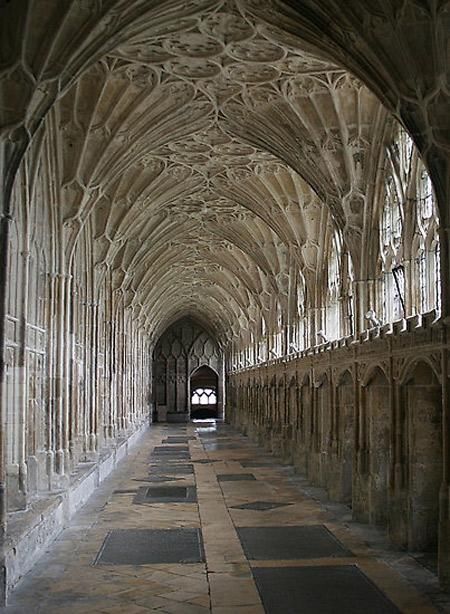 The beautiful fan vaulting in the Cloisters of Gloucester Cathedral, England.

The magnificent Perpendicular great cloister ( begun in 1360, completed in the early fifteenth century) with its stone fan vaulting, is considered by many to be the most beautiful in England. It was also used as the setting for one of the Harry Potter Movies ! 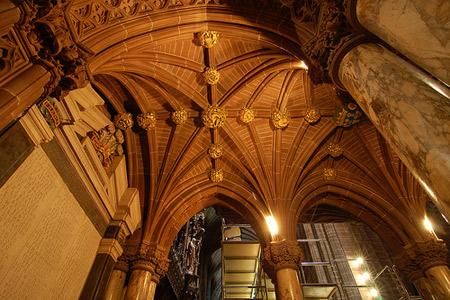 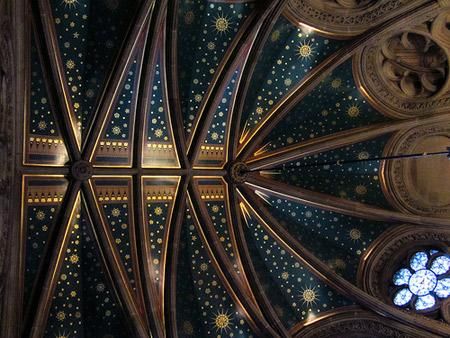 The beautiful painted ceiling of the staircase leading to the Great Hall in Manchester Town Hall. 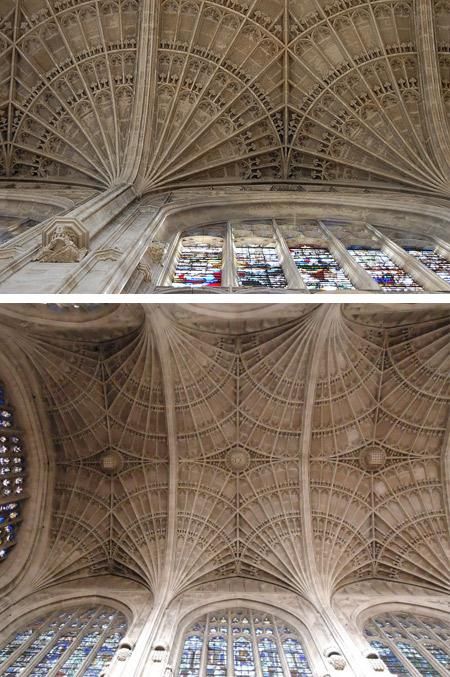 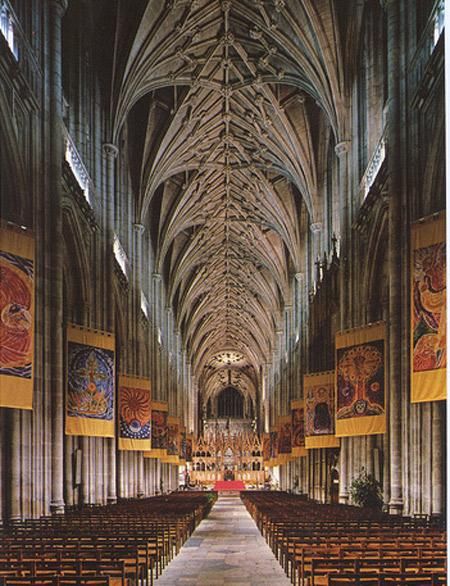 Vaulted ceiling of the Winchester Cathedral in Hampshire. 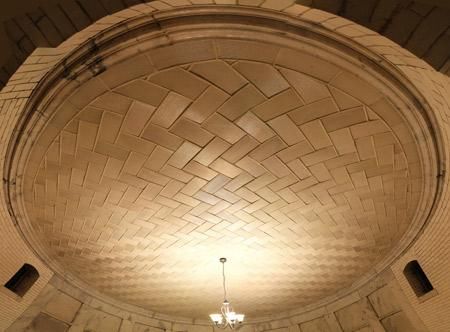 This ceiling is a thing of beauty. This is a ?timbrel vaulted? ceiling, a self supported arch made using thin ceramic tiles as a structural element. This particular example of a timbrel vault is called ?Gaustavino tile? after Rafael Guastavino, who developed and patented his process in the late 19th century. 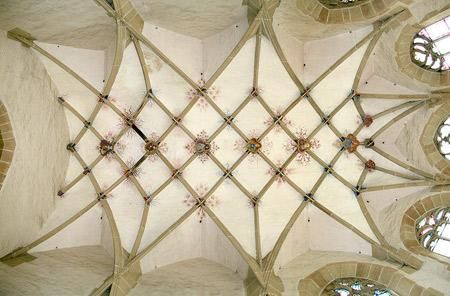 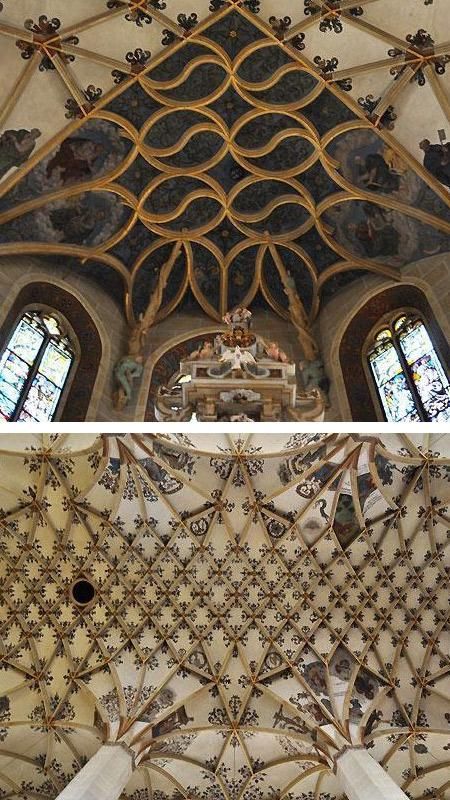 The vaulted ceiling of St. Mary in Pirna is one of the most outstanding works of its kind. It is, so to speak, one of the culmination points of the development of vaults in the Gothic style. These vaults were designed by Peter Ulrich; the other master builders contributed with their own ideas after Peter Ulrich had died. 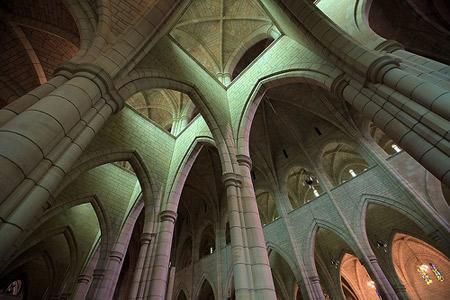