The desert of Yemen, Wadi Hadramout is an ancient walled city “Shibam”, listed as World Heritage by UNESCO in 1982. It is called the “Manhattan of the Desert” because of its “skyscrapers.” Land surrounded by a mud wall, the city of the XVI century is one of the oldest examples of urban planning based on the principle of vertical construction. The ancient city of Shibam, built 400 years ago, was a thriving commercial center. Shibam several times, became the capital of the kingdom of Hadramaut. City famous for its incomparable with anything comparable architecture – all the houses are built in Shibam of adobe bricks. About 500 homes are called high-rises, as they have 5-11 floors, each floor was a single family dwelling. This type of structure were designed to protect residents from Bedouin raids. While Shibam has existed for about 2,500 years, most urban homes were built in the XVI century. Many of them repeatedly rebuilt in later centuries. In Shibam are the highest buildings in the world of clay, some of which rise to 30 meters or more. 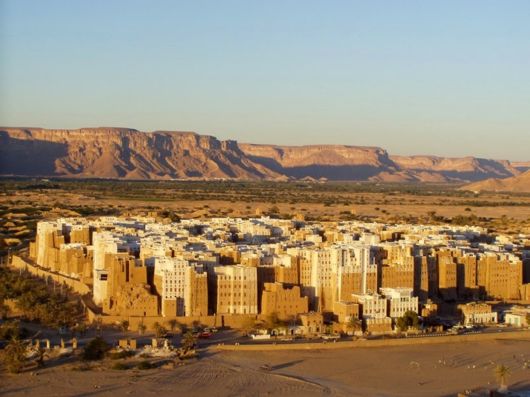 These high-rise buildings is a product of the “traditional family system.” According to local tradition, the family, as the po-hundred, as a rule, does not divide built premises, and expands the up your living space thanks to the original roof. So, from generation to generation, gradually formed a high dwelling. Each of the 500 such houses in Shibam has from 5 to 8 floors, which are home to 7,000 people, that is, on average, every building is designed for more than 100 people. Ground floor is given to animals; the second floor is keep-lischem; third – accommodations. Usually on the third floor room host, fourth and fifth floors are rooms for women and children, on the sixth floor is a common room. In each room is not much space, first and second floors, mostly devoid of windows. 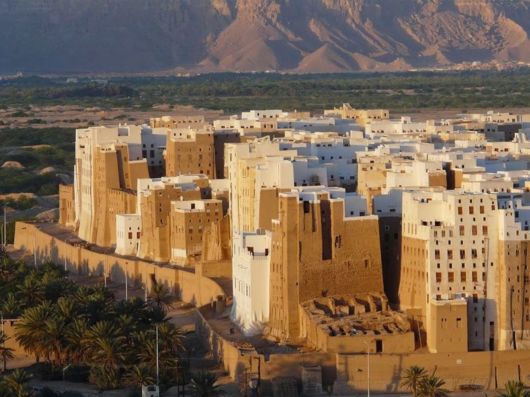 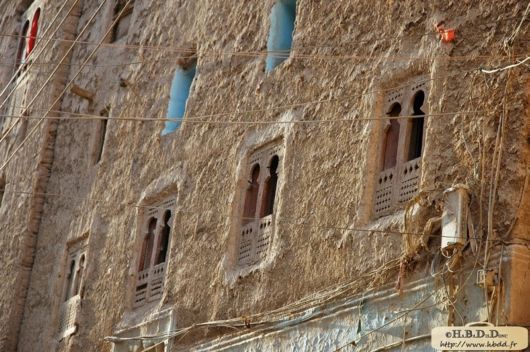 Building materials ? In the city of Shibam all objects, including fences, houses, mosques and even schools are built of adobe bricks (they are made of clay, straw and water, dried in the sun for three days and ready for use in construction). Such dwellings may persist for centuries and are a marvel of architecture. This is explained by negligible rainfall in this region, at best, can be a bit pomorosit. Every year the residents of Shibam and paint the exterior walls are whitewashed, and this is sufficient to prevent water erosion. Shibam is built from environmentally friendly materials and blending in perfectly with the environment. 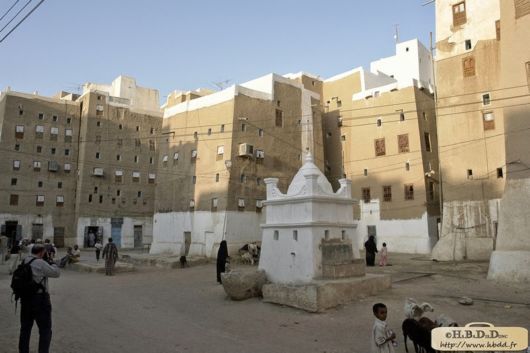 Shibam is 160 km long and 2 km wide, and is a dry valley. Here rainfall, torrential rains and floods are rare. However, in 1298 and in 1532 was twice destroyed Shibam floods. Today’s buildings are constructed of Shibam, mainly 400 years ago. 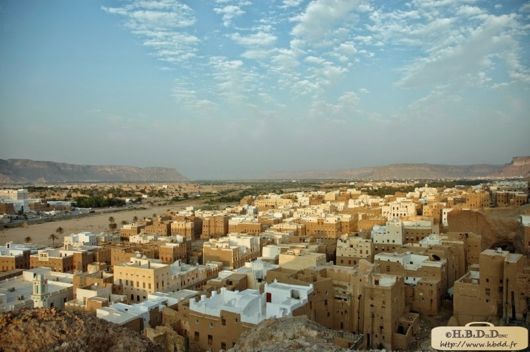 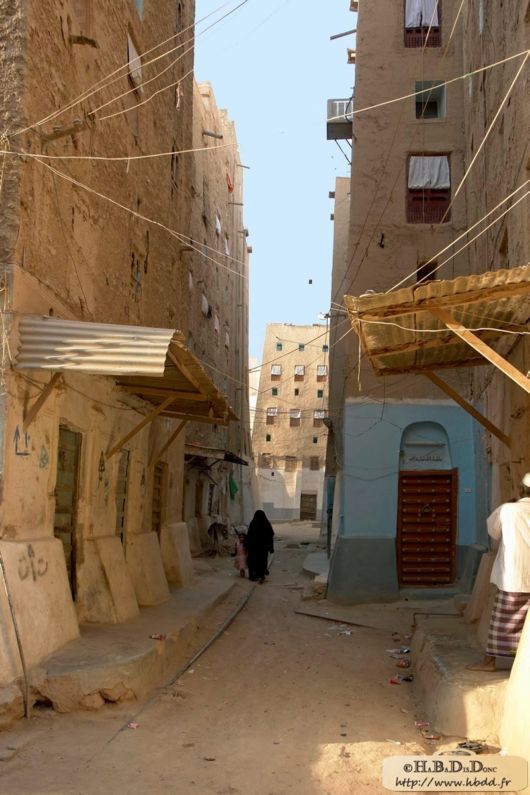 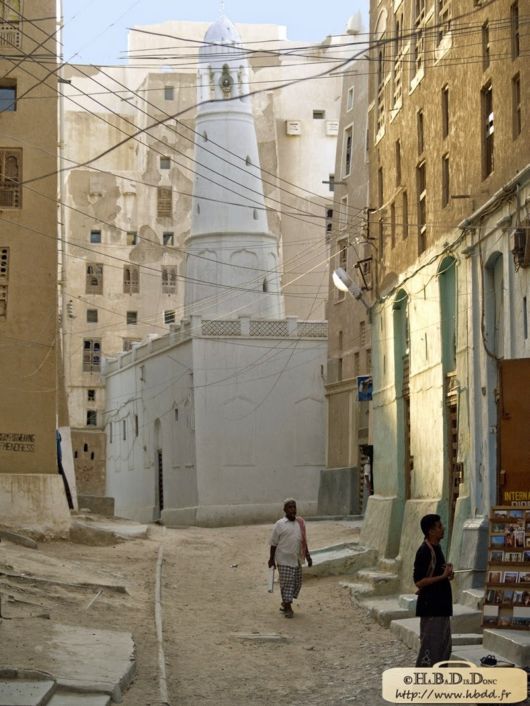 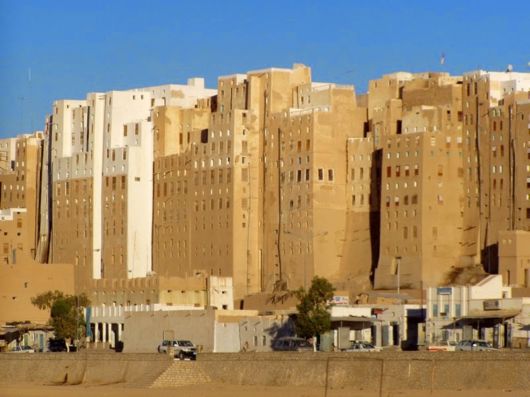 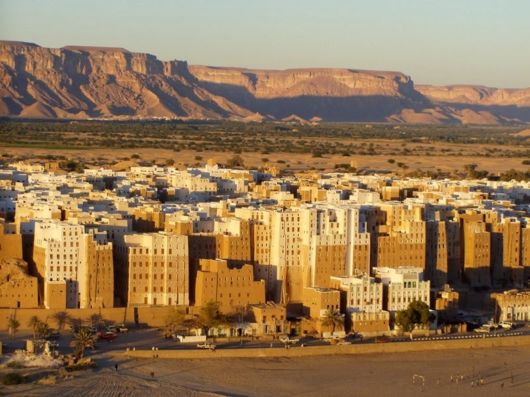 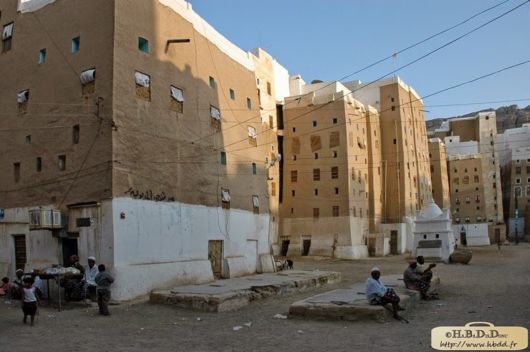 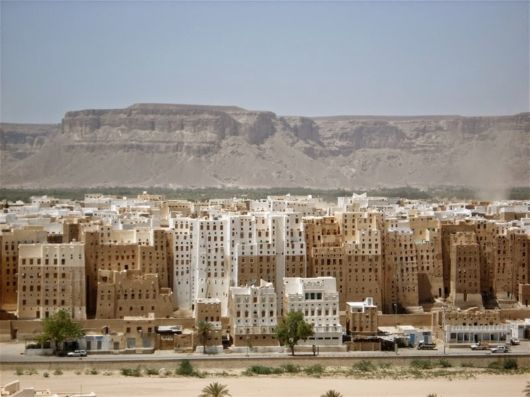 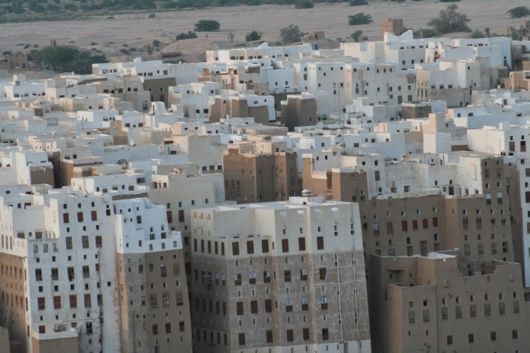 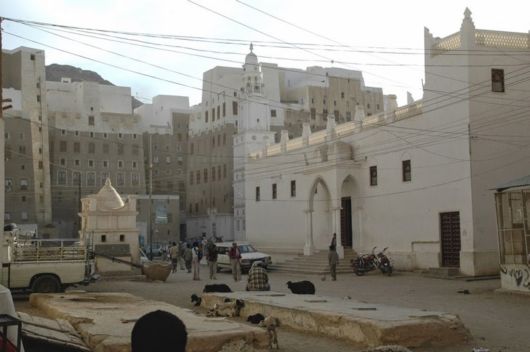 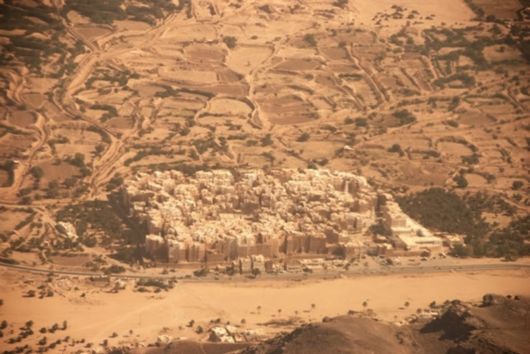