The silent halls of a forgotten era: Inside the magnificent empty spaces of Europe’s grandiose palaces

They were once filled with courtiers, kings, and other members of the aristocracy. But stunning images capture the silent galleries, corridors, and libraries of Europe in a whole new light.

Captured by Italian photographer Massimo Listri, the images span from Portugal to Sweden, France, and Italy, and show the intricate masterworks from ages past.

His images evoke a certain solemnity, both beautiful and isolating at once.

Included in his portfolio are pictures from the library of Wiblingen Abbey, which was once a Benedictine abbey and has since been transformed into housing medical facilities for the University of Ulm in Germany.

Another image shows the the Malatestiana Library, located in Cesena, Italy, which was the first European civil library that allowed everyone -including the common people – access to its books. 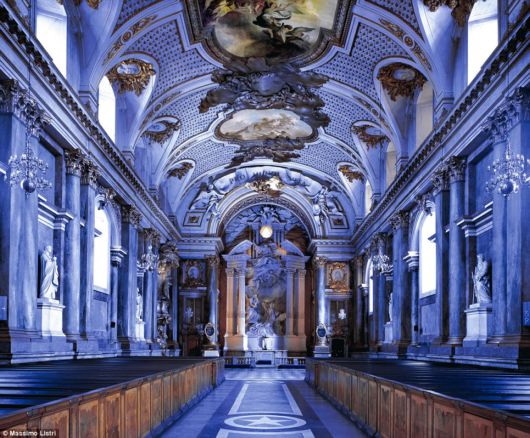 Sounds of silence: These images of grand halls have been captured by Italian photographer Massimo Listri; here, the Royal Palace of Stockholm in Sweden 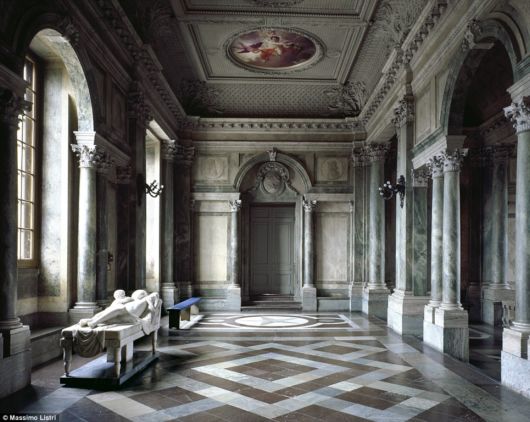 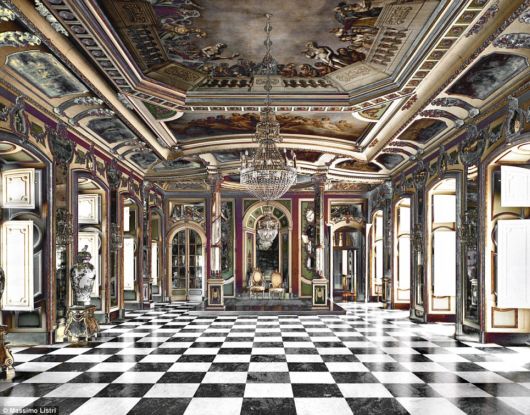 Rococo: The Queluz National Palace in Lisbon, Portugal was built in the 18th century; the grand checkered marble floors are juxtaposed against a chandelier and and painted murals on the ceiling 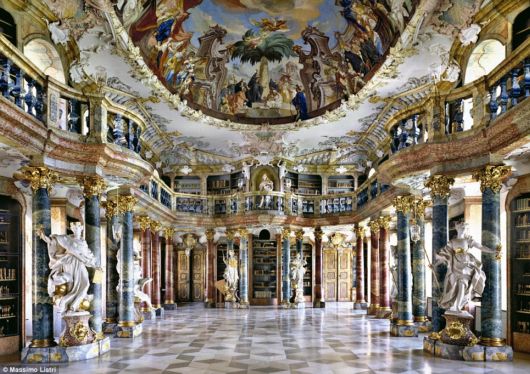 Room with a view: Wiblingen Abbey, once a Benedictine abbey, has since been transformed into housing medical facilities for the University of Ulm in Germany; this is a stunning shot of the abbey’s beautiful library 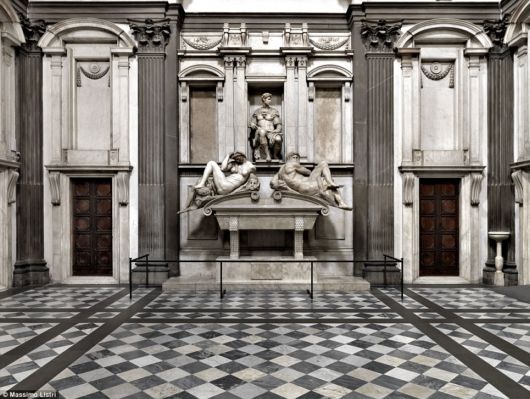 Monochrome: One of two Medici Chapels, located in the Basilica of San Lorenzo in Florence, Italy; the structure dates to around the 16th century 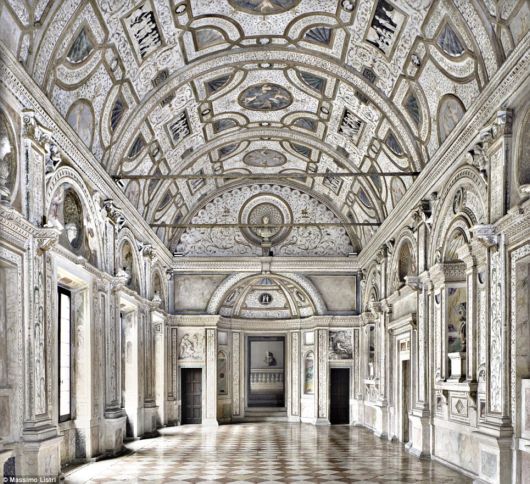 All made of marble: The Marble Gallery in the Ducal Palace in Northern Italy is a hauntingly beautiful reminder of times gone by 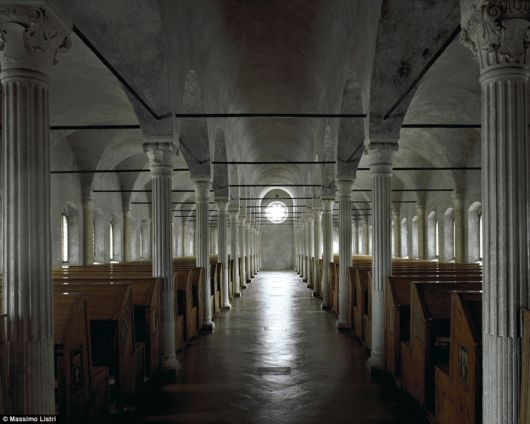 From antiquity: The Malatestiana Library, located in Cesena, Italy, was the first European civil library, allowing everyone access to its books, and is more than 500 years old

Less austere: This room in the Palazzo Martelli in Florence shows a painted mural on the wall, but a room void of furniture, save for one lone wooden table 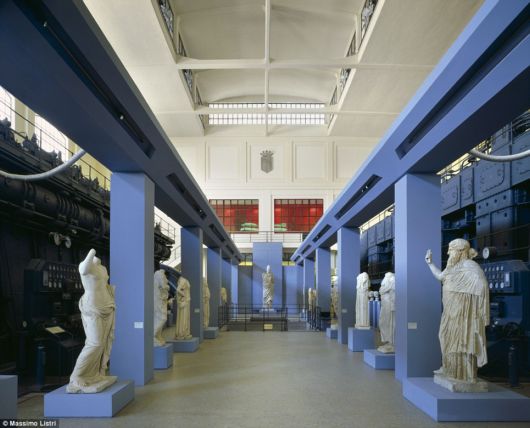 Roman holiday: This is a corridor from the Capitoline Museums, located in Capitoline Hill in Rome; part of the piazza was thought of by none other than famed Renaissance artist Michelangelo 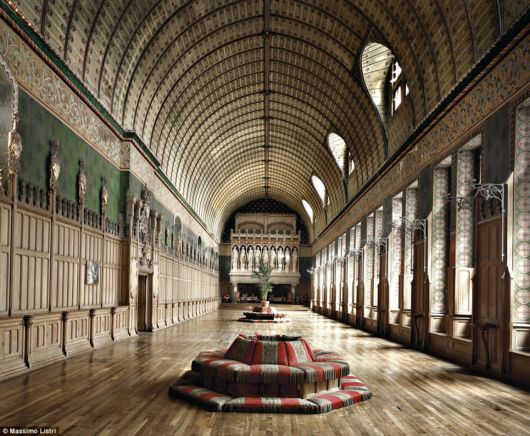 Hollywood aspirations: A room from the Chateau de Pierrefonds in Oise, France, north of Paris; it later became a filming location for the 1998 film Man In The Iron Mask 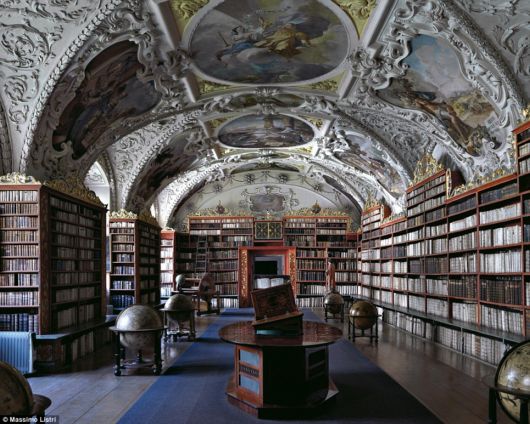 Wealth of knowledge: The stunning library from Kresmunster Abbey in Austria was built in the late 1600s, though the abbey’s history predates the 9th century 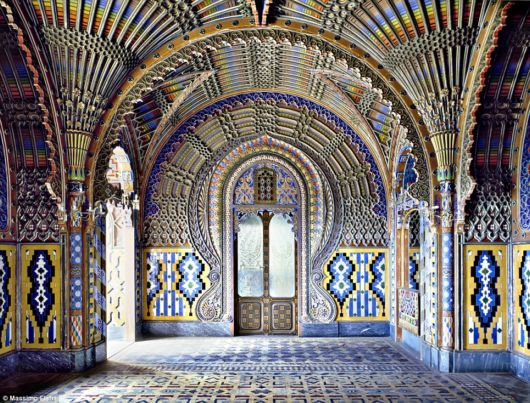 Intricate: Sammezzano Castle, built in 1605, is in the scenic Tuscany region of Italy and features Moorish designs throughout

Wide halls: The Palace of Caserta, located in southern Italy, was built for the kings of Naples, and has the honour of being one of the largest built in Europe during the 18th century 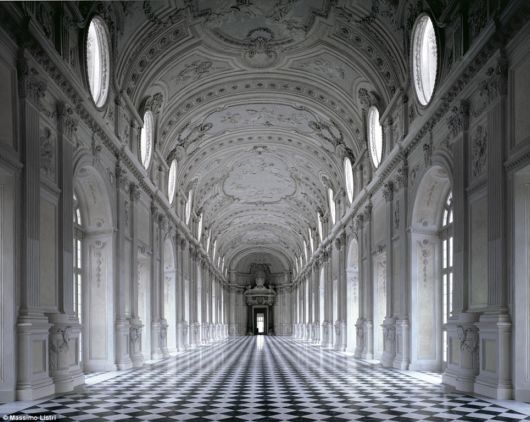 Other-worldly: The Gallery Grande is part of the Palace of Venaria, located in Turin, Italy, built in the later part of the 17th century; the stark contrast and diffused light gives it a ghostly glow 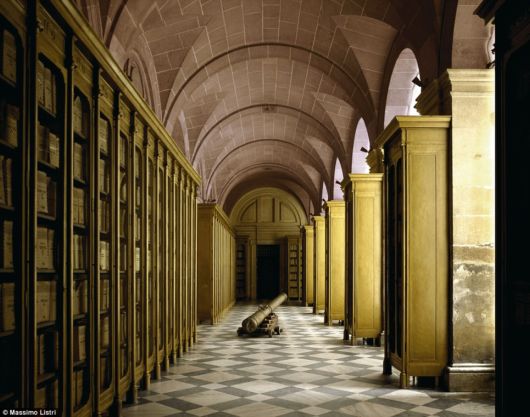 Trade paths: The General Archive of the Indies, in Seville, Spain, was built in the 1570s; a lone cannon lays on the floor of the arched library