When you think of ?green? buildings, you probably imagine recycled materials, walls made of bamboo, and other science project-likes. If this is the case, you?ll be surprised to learn that the label ?green? means that the building is eco-friendly, and has a significantly reduced carbon footprint. Below, you will find the 10 most beautiful green buildings in the world that prove that you can combine beauty with efficiency, and make the world a better place. 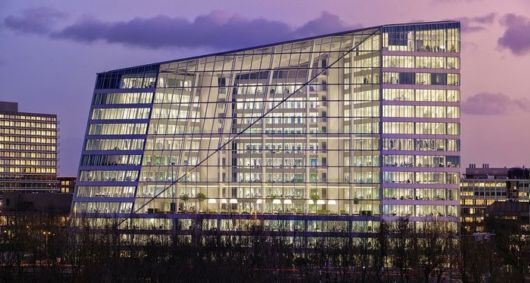 The greenest of buildings in the world, is the 40,000 square meter (430,560 square foot) headquarters of the Deloitte consulting firm ? one of the four largest of such firms in the world. According to Building Research Establishment Environmental Assessment Method (BREEAM), The Edge has a score of 98.36%, and has a -3 power consumption rating, meaning that it sometimes produces more power than it consumes. 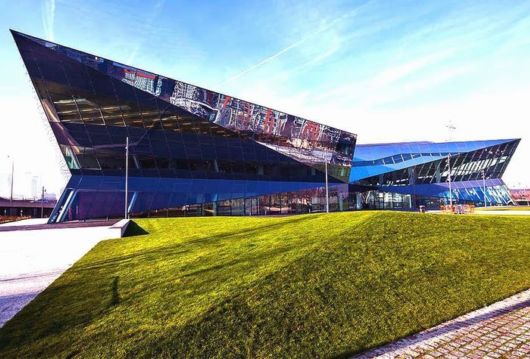 Reminiscent of Sydney?s Opera House, The Crystal is one of the most visually stunning buildings on this list. It is the only building to receive an ?Outstanding? rating from BREEAM, and holds the title of Leader in Energy Conservation and Environmental Design. The Crystal relies on renewable energy, not using any fossil fuel based sources. 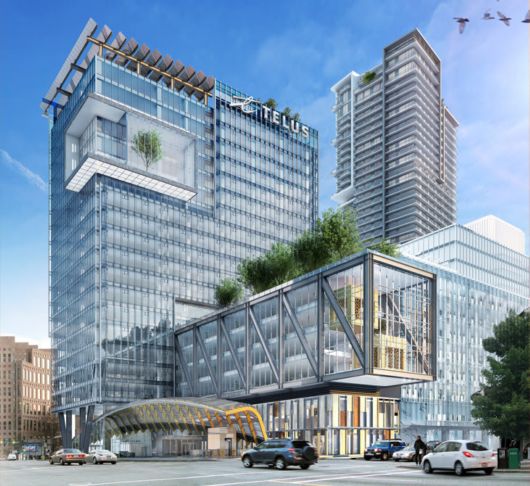 Located in Vancouver, The Telus Garden is probably the most beautiful and more ambitious building in the city. It is so green that it won the title of "Leader in Energy Conservation and Environmental Design" a whole month before it was even opened. The building?s 1,000,000 square feet (92,900 sqm) is divided to 528,000 square feet of offices and retail space, and 450,000 square feet of residential space. The building will feature a communal fruit and vegetable garden, a rainwater collection system, and an energy system that will draw heat from the TELUS (telecom company) center, as well as a plethora of solar panels. The building will also feature an electric-car charging station, and three square kilometers (2 square miles) of gardens, with over 1,000 different species of plants.
4. Pixel – Australia 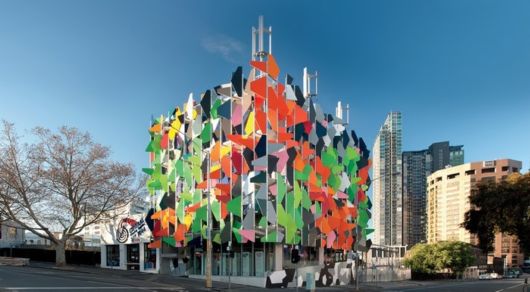 Pixel got a score of 105 in the LEED (Leadership in Energy and Environmental Design) rating ? the highest score at the time. Despite being one of the greenest buildings in the world, its design is controversial and many people are not fans of the artistic design. Even so, it is a unique building, thanks to both its design, as well as its ability to conserve and utilize natural, renewable resources. It uses solar panels, vacuum-flushed toilets, and an anaerobic digestive system, which converts human waste into heat energy. 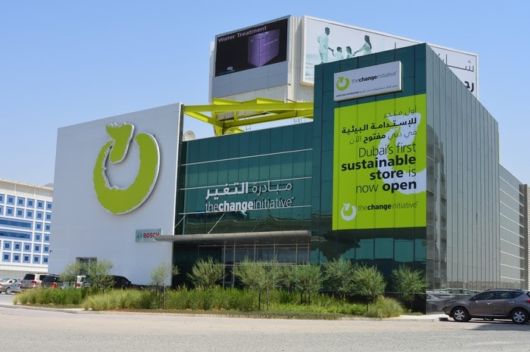 Don?t let the fact that this is a giant store confuse you: It is a building that scored 107 out of 110 in the LEED ranking. The store is not green by any random reason ? it is a store for organic foods and environmentally-friendly products, and serves as a model for any store that wishes to declare itself ?green?. 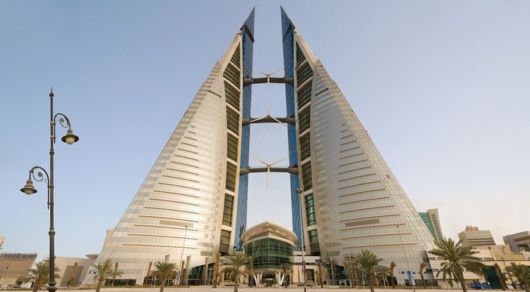 The most sophisticated building on this list ? the triangular shape is meant to direct wind to the three large wind-turbines in the center. The wind-turbines produce 15% of the building?s power needs, with the help of solar paneling. The building?s design seems like it was taken from a science fiction movie and serves to prove that beauty and sustainability can go hand in hand. 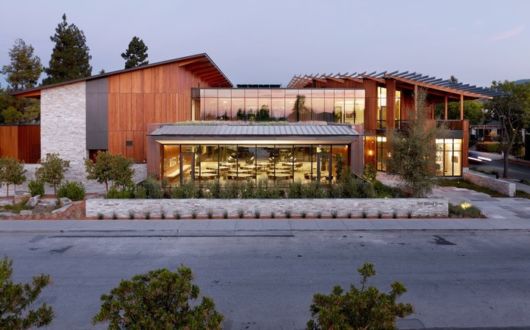 The goal of the David & Lucile Packard Foundation is to improve the lives of children everywhere, to encourage creative and scientific thinking, to search for solutions for infertility, and to help replenish the Earth?s natural resources. It not surprising, then, that the headquarters of such an organization would be a building that embodies such principals. This modern-looking building is located in Los Altos, California, and is the largest building in the state to produce as much electricity as it uses. 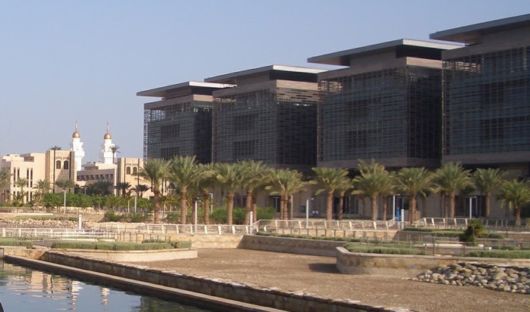 The first building in Saudi Arabia to win a LEED certification. The university?s campus spans over 14 square miles (36 sqkm), and includes 27 buildings and an aquatic reserve. The building reuses 100% of its wastewater and produces about 30% of the electricity it needs. Students enjoy the beautiful surroundings, which look more like a holiday resort rather than a university campus.
9. Green Lighthouse – Denmark 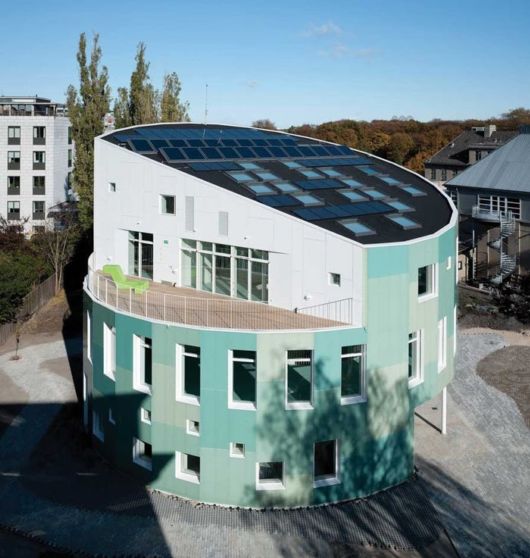 Copenhagen University?s Science Department is home for the world?s first carbon-neutral building in the world. The building can transfer heat by using heat pumps, as well as by using solar energy, which it can also turn into electricity. The inspiration for the circular shape comes from the ancient sundials, which is built at an angle to receive the most sunlight possible throughout the day. The interiors are painted white to reflect sunlight and illuminate the building without the need for electricity during the day. 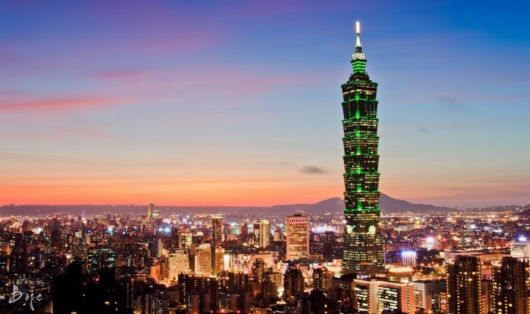 Another holder of the LEED title, this building was the world?s tallest building until recently. Another unique aspect of this tower is that it was only converted into a green building some seven years after it was completed. The tower?s windows reflect 50% of the external heat, and it reuses 20-30% of its wastewater. Even the elevators are aerodynamically designed to reduce air resistance, and thus ? power consumption. It is currently the world?s greenest skyscraper.