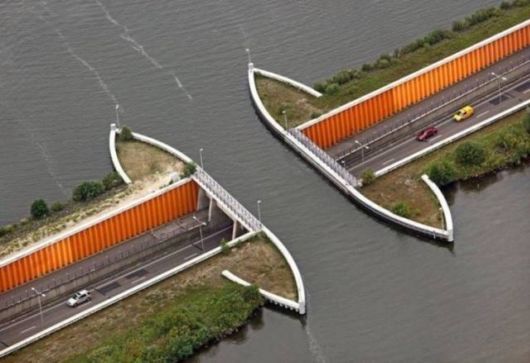 Near Roelofarendsveen, the Ringvaart crosses the A4 Highway by means of an aqueduct. It was built in 1961, making it the oldest aqueduct in the Netherlands. In 2006, construction was completed of two new portions: on the east side for crossing new north-bound lanes for the expanded highway; and on the west side for the new HSL-Zuid high-speed railway. The new aqueduct is 1.8 kilometres (1.1 mi) long. Link

The Ringvaart is used for commercial and recreational boat traffic. A portion of it forms part of the sailroute from Hollands Diep to the IJsselmeer, passable for ships with masts over 6 meters (20 ft) tall. 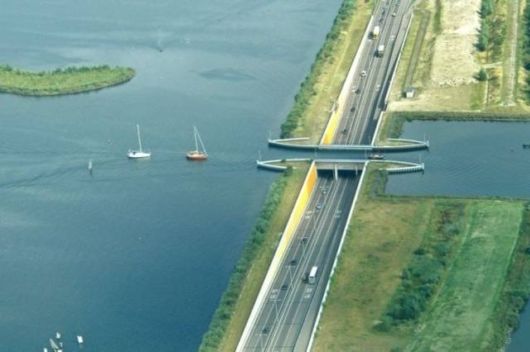 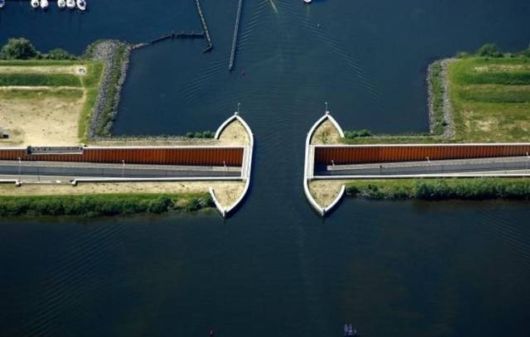 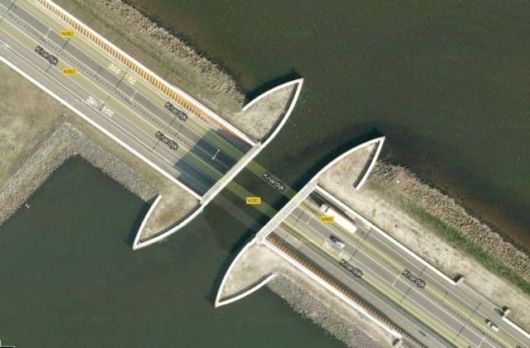 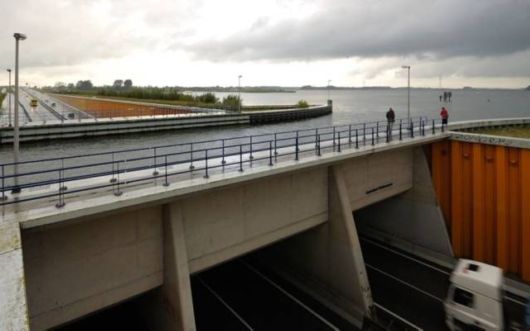 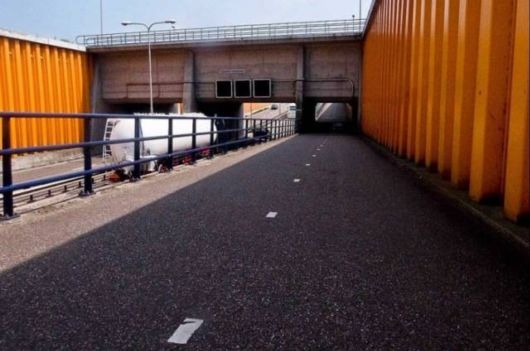 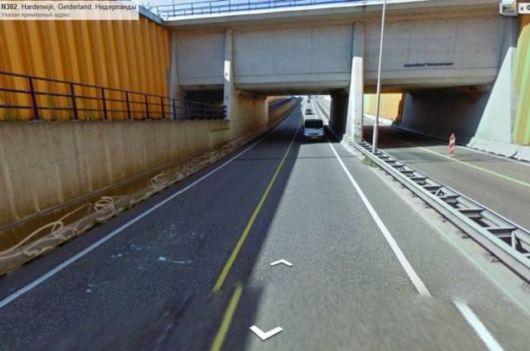