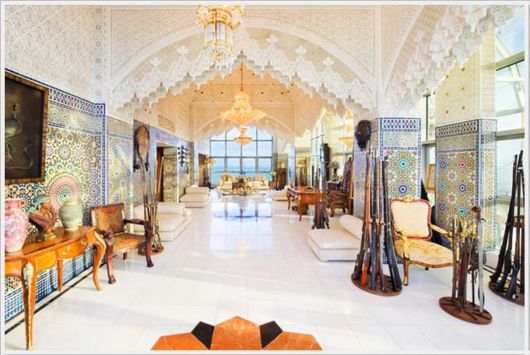 Arabic Palace Inside The Apartment Complex
This three story, single family glass home, perched upon the roof of the Palace Condominium on Brickell Avenue was originally built by Leona & Harry Helmsley as their Miami Residence. Prior to moving in, however, it was purchased by Saudi Shiek Saoud Al- Shaalan, who transformed it into an authentic Arabian Palace with architectural elements similar to the TAJ MAJAL, in Agra, India.Twenty seven skilled Moroccan artisans and craftsmen worked and lived at.
the property until its two year completion.
Price: $4,199,000
Size: 5,801 Sq. Ft.
Bedrooms: 5
Bathrooms: 5
Speciality Items: Built in 1981, Three Stories, Originally Built by Leona & Harry Helmsley, $3,928 Monthly Maintenance. 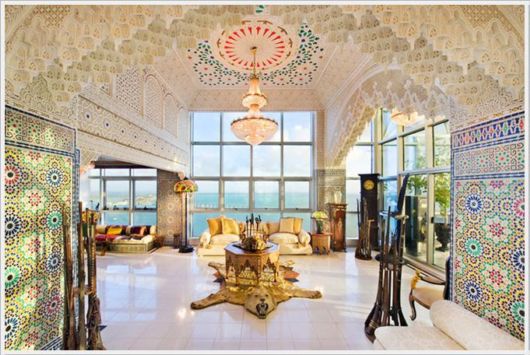 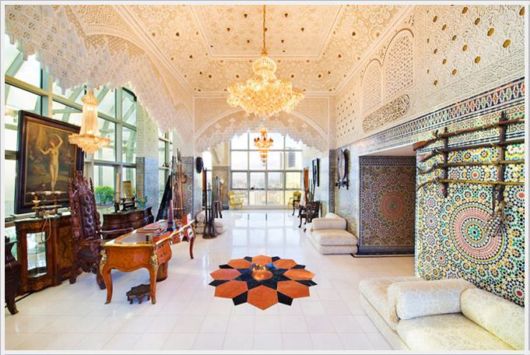 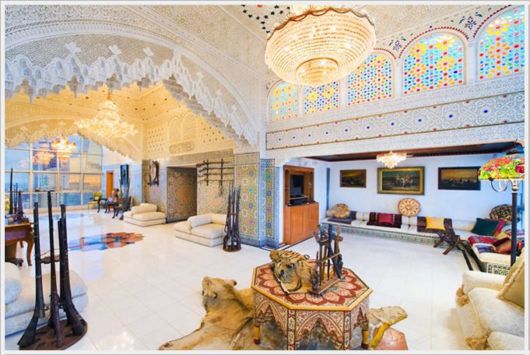 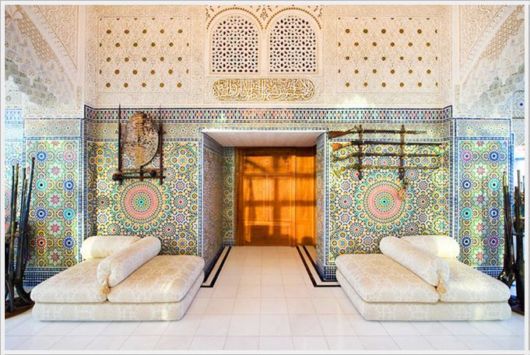 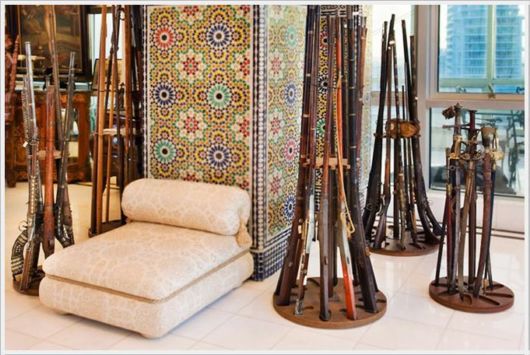 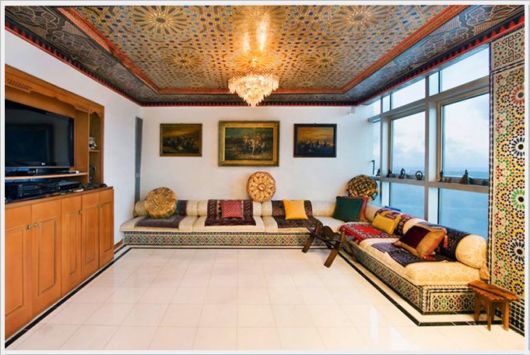 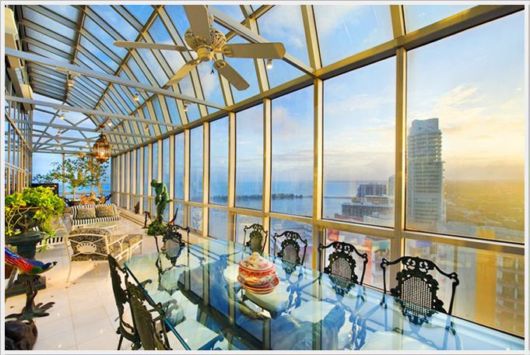 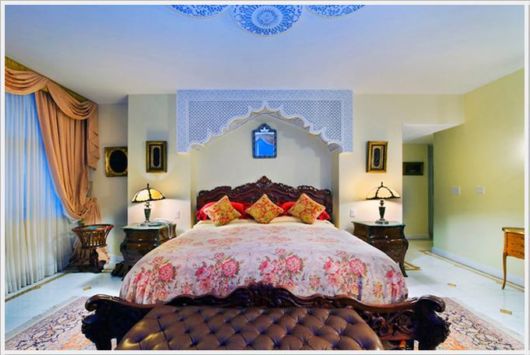 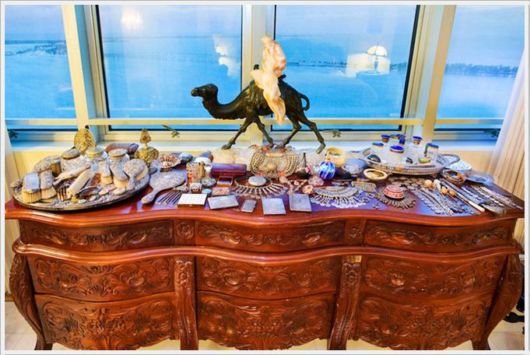 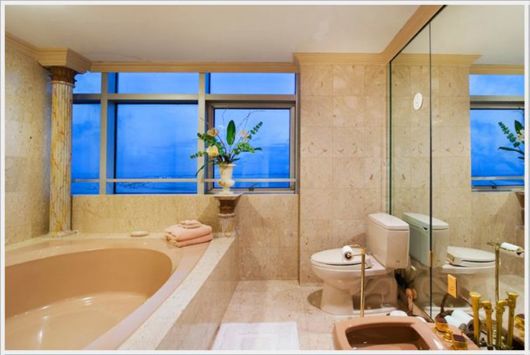 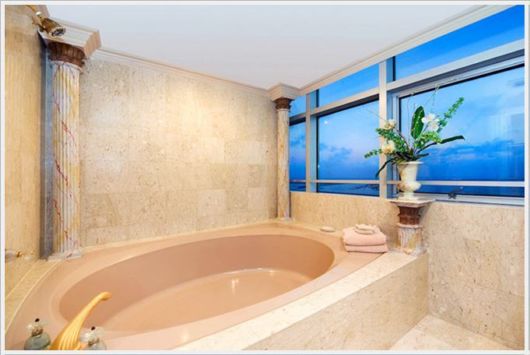 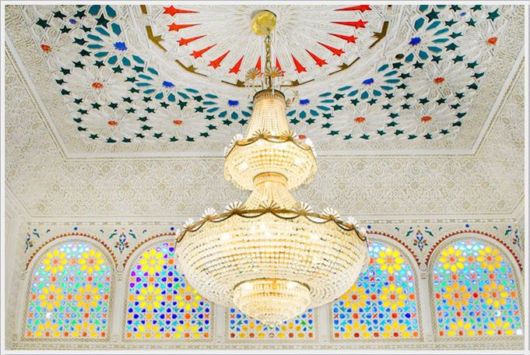 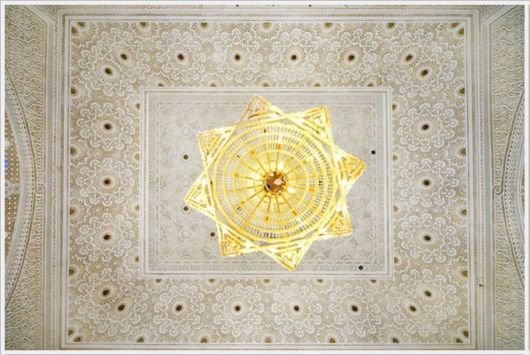 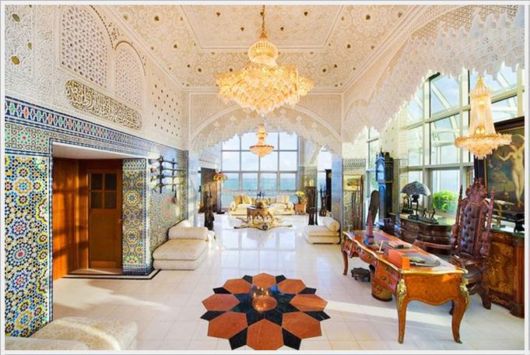