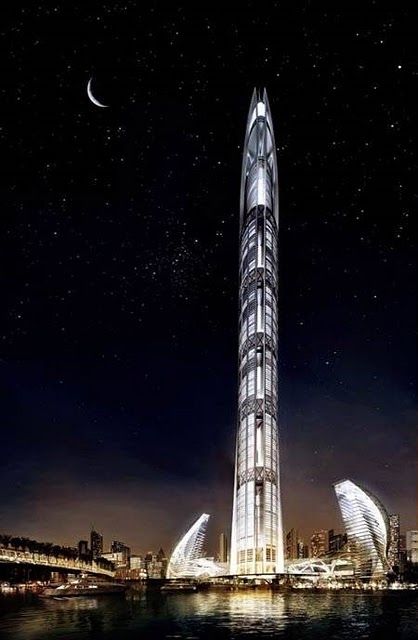 The latest design attempting to breach the dizzying heights of the Burj Dubai has been revealed as the multibillion dollar Nakheel Tower. Designed by the developments wing of major investment company Nakheel, the tower will be more than a kilometre high, covering a space of around 270 hectares, and will become home to around 55,000 people, a workplace for 45,000, and is hoped will attract millions of visitors each year.

Nakheel Tower will comprise of four individual towers within a single structure, a distinctive crescent-shaped podium encircling the base and complementing the structure?s remarkable height. The multibillion-dollar development, commissioned by Sultan Ahmed bin Sulayem, chairman of Dubai World, will also include 250,000 sq m of hotels and hospitality space, 100,000 sq m of retail space and huge expanses of green spaces, including canal walks, parks and landscaping. The Tower itself, cited geographically central to Dubai at the intersection of Sheikh Zayed Road and the Arabian canal, will aim to complement surrounding developments, such as Jumeirah Park and Discovery Gardens. 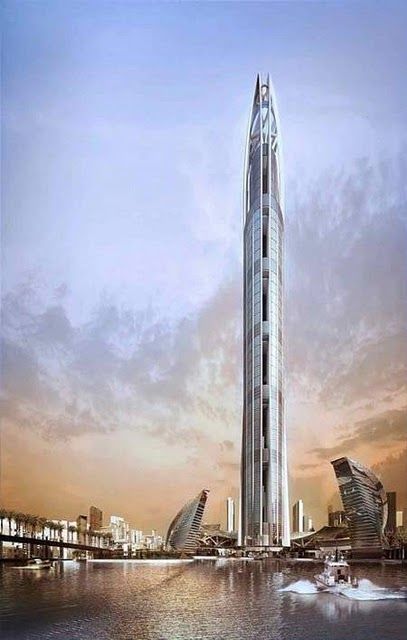 In terms of design the architects have sought inspiration not just from Islamic design but also from the Islamic principles of inclusion, innovation, diversity, excellence, growth and progress: ?These are the principles that have motivated and guided Islamic culture throughout history. Now they are shaping the cities of the future,? explained Sultan Bin Sulayem. To this end, the architects have sought inspiration and incorporated elements from the great Islamic cities of the past such as the gardens of Alhambra in Spain, the harbour of Alexandria in Egypt, and the bridges of Isfahan in Iran. 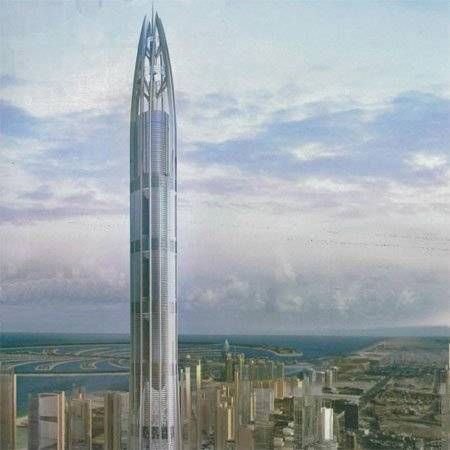 Sustainability and safety will be key to the development of the tower, with the latest standards and technology incorporated in its development, Sultan Bin Sulayem believes it will ?send another message to the world that Dubai has a vision like no other place on earth. 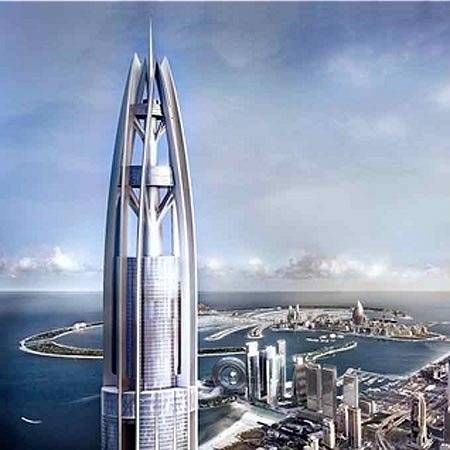 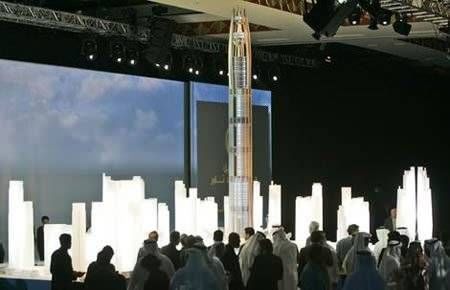 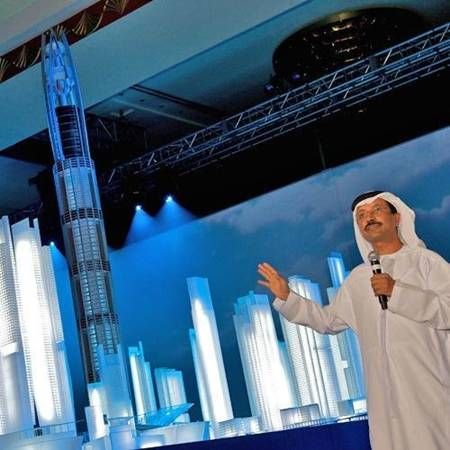 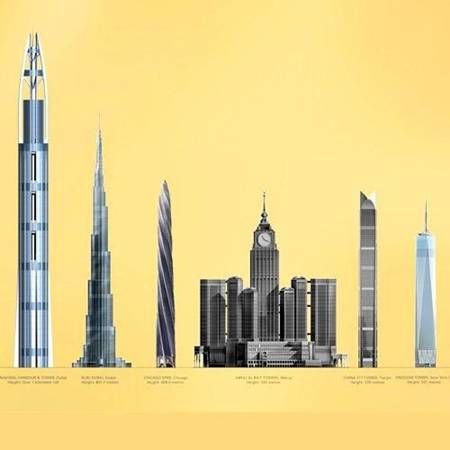 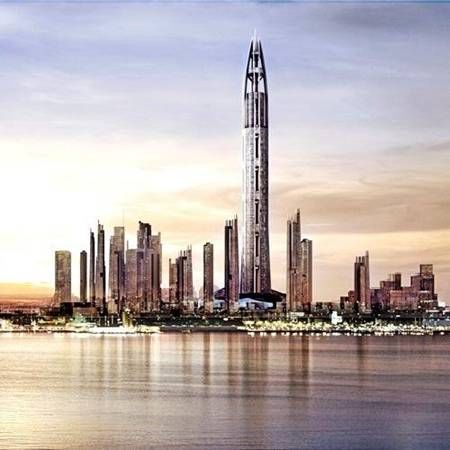 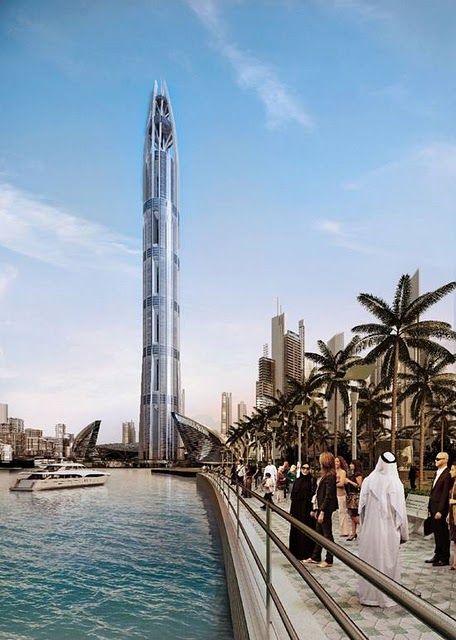 Forget the 3,280 feet-high 200-floor Nakheel Tower because it?s no longer going to be the highest skyscraper in the world. The new upcoming beast is this amazing 1.55-mile-high skyscraper planned for the Jumeirah City project in Dubai. The building is so tall that its main elevator is in fact a vertical 125mph bullet train. This city-in-a-skyscraper will consume 37,000 megawatts per hour per year, with a 15MWH peak usage, but as the plans show, it has been designed to generate most of it using wind, thermal, and solar power.