The giant and controversial Three Gorges Dam in China has launched the last of its generators, just as it hits its annual flood peak.

The final 32 generators went into operation this week, making it the world’s largest hydropower project, built on the Yangtze River in the Hubei Province.

It is designed to decrease the risk of flooding during the current peak rainfall season, as well as store and distribute water during the dry periods.

A series of incredible photos show the sheer force of the flood water released from seven spillways after heavy downpours in the upper reaches of the dam caused the highest flood peak of the year.

Water from the Yangtze River upper gushed at up 70,000 cubic metres per second into the dam’s reservoir yesterday. 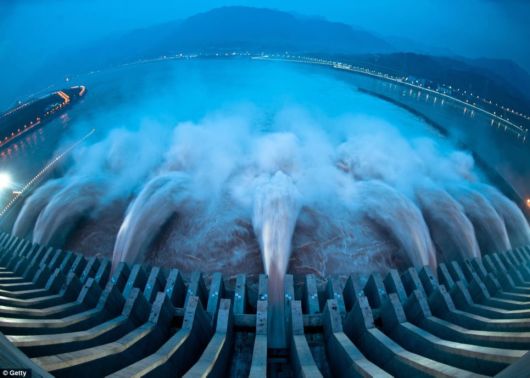 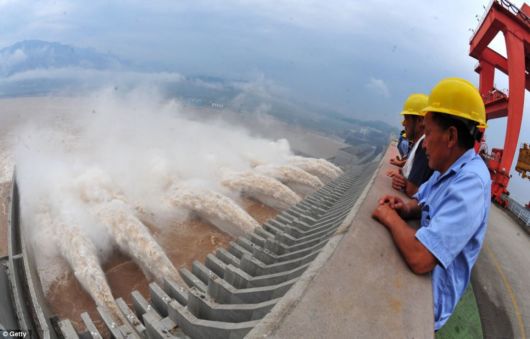 Workers watch as water is released from a gigantic hydropower project on the Yangtze river, in Yichang, central China’s Hubei province 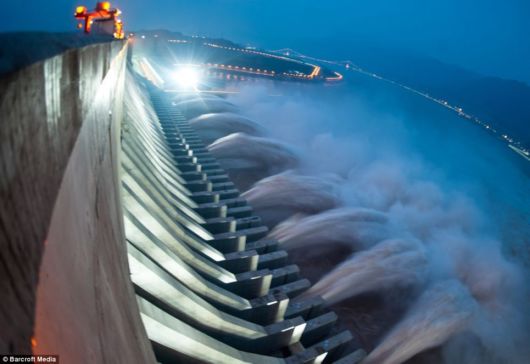 The Three Gorges Dam experienced its largest flood peak this year on Tuesday, with a peak flow of 70,000 cubic meters of water per second

The dam is working to take the edge off the fierce flood and reduce its impact on the river’s lower reaches by storing at least 26,000 cubic meters of flood water every second, the Yangtze River flood control and drought relief, according to the Global Times.

So far the forces of flood has been been the highest in recent memory, worse that the devastating 1998 Yangtze flood which cause a large amount of damage with a flow rate of 50,000 cubic meters per second. 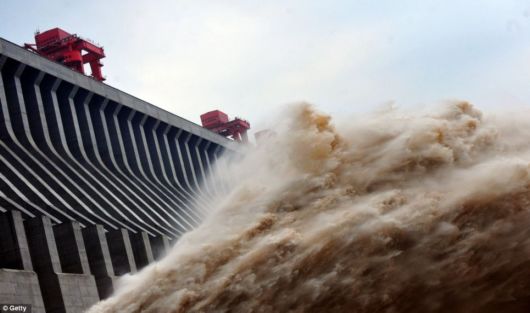 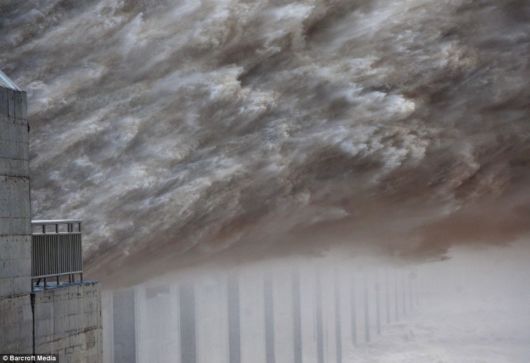 The final 32 generators went into operation this week, making it the world’s largest hydropower project

The construction of the dam, which forced the relocation of 1.4 million people, has been heavily criticised by experts worldwide, and residents of nearby areas