We have come a full circle when it comes to housing arrangements. We started off living in caves and seem to have come back to the same point. This is because we?ve finally realized that it?s actually a very eco-friendly way to live. However, building a house underground is not an easy task and things are bound to get complicated. These 10 underground homes are so fabulous that it?ll make you want to build your own underground abode!

Located in Bolton, UK this house belongs to British football star Gary Neville. It is hidden under the ground except for the petal-shaped openings designed to allow the light to enter and light up the entire house. It is sprawled across 8,000 sq ft and was designed by Make Architects to keep energy consumption to a minimum. 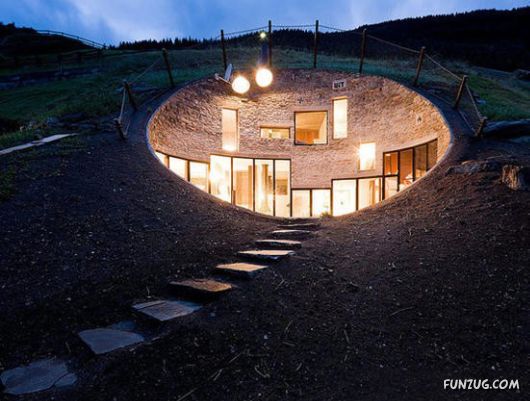 This unique house has been designed by the architects of SeArch, Netherlands and Christian Muller. It is located in the Swiss village of Vals and is hidden on all sides save for one. This magnificent structure has been planned in such a way that it completely eliminates the need of cooling in summers and heating in winters. 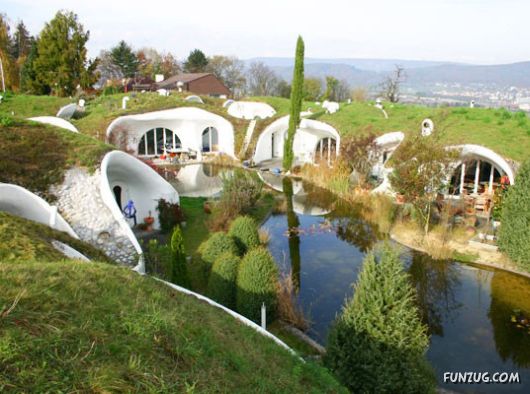 This house looks like its stepped straight out of a fairytale. The Swiss estate actually consists of 9 houses connected by stairs that lead down to a basement and even a parking lot. Designed by Vetsch Architektur, this house uses the ground as insulation and this is protected from rain, natural abrasion, wind and extreme temperatures.

Carved out of a mountain, this house is located in Festus, Missouri. It is the brainchild of Curt and Deborah Sleeper and has been used for many different purposes over time. This 15,000 square foot residence was originally used as a mine for decades. It was also used as concert venue and a roller skating rink. The cave house needs no air conditioning or a furnace for cooling and heating the house due to its intelligent design and geothermal heating. 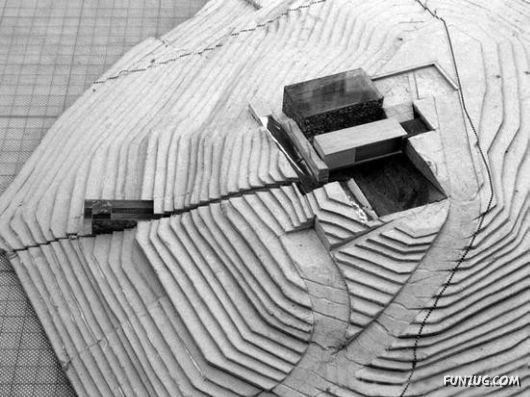 Designed by Deca Architecture, this underground house has been made only from natural materials. It has been carved in such a way that only the second story is visible above the ground. It has been specially designed to withstand that windy weather of the Aegean Sea. 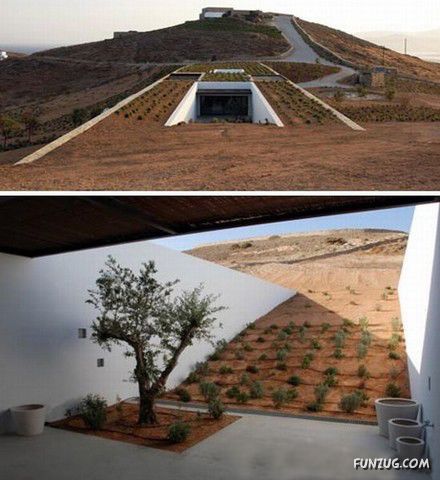 The Stone desert home is built in such a way that it looks more like a half-buried ruin that a modern home. Designed by Deca, this eco-friendly house is built between the slopes of two adjacent hillsides and barely rises above the dessert level surrounding it. As the house is half-hidden in the earth, it utilizes natural light and heat as well as cooling cross-winds. 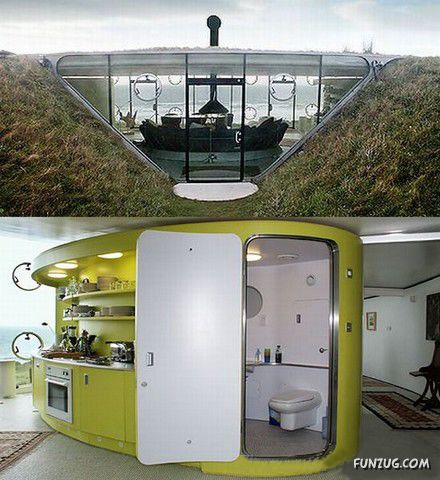 This house has been given the nickname of ?Teletubby house? because of its turf roof, steel chimney and peephole doorway. It has been phrased as the ?blueprint for the future of Welsh Housing? and is considered as one of Wales architectural masterpieces. The interior of the house is very simple, with only one room inside which is divided by prefabricated colored pods. 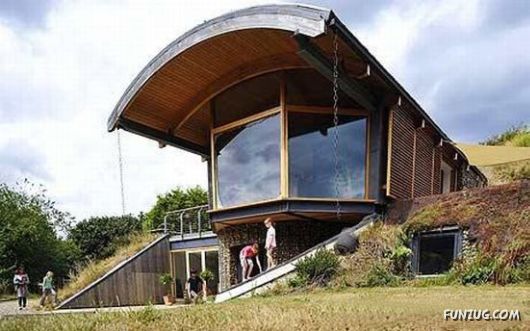 Sited in the steep sand hill in North Norfolk Coast, this house is a home of the future. It is eco-friendly, easy to heat and cool and also has a unique rain water harvesting system. The main focal point of the design is the ?sun? even though most of the house is underground. It was built to maximize exposure to sunlight and thus the house has plenty of sunlight during the winters too. 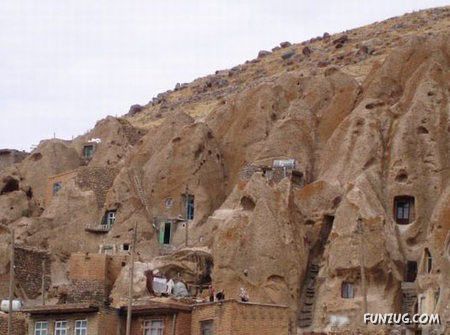 These cave dwellings are 700 years old and are carved out of natural volcanic rock formations. They?re situated at the base of Mt.Sahand, Iran. As these apartments are very old, they have all been renovated and have all the modern necessities of home. 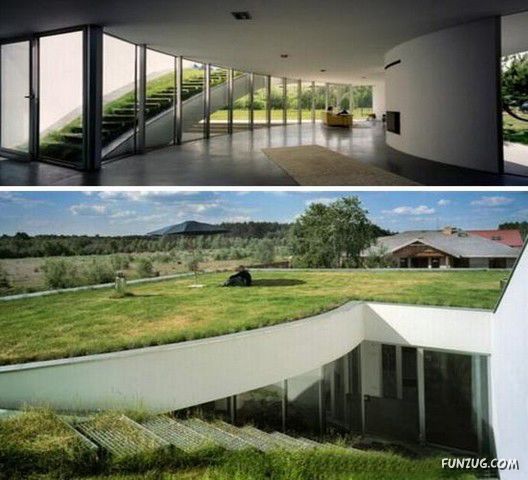 This underground house from KWK Promes has been designed in such a way that only the residents of the house can access its roofs, via a set of stairs inside the house. It has been built keeping modernistic elements in mind and is a perfect blend of indoor and outdoor features for its residents.