In the American state of New Mexico has a unique man-made caves. Sculptor Ra Paulette digs caves in New Mexico?s sandstone cliffs. Not plain, rocky, boring ones. Ra?s caves are smooth, artistic, and breathtakingly beautiful, and he creates them with his bare hands. His only tools ? a pickaxe and a wheelbarrow. 67-year-old Ra came into his unusual profession after years of being a drifter. He was a college dropout, was discharged from the U.S. Navy and hitchhiked his way across America. He worked on a series of odd jobs ? postal employee, security guard, janitor, and even farmer and one point. 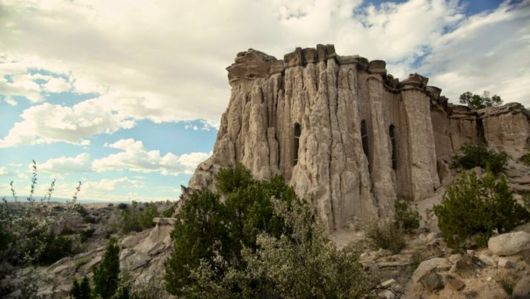 His first cave he dug in 1987 and named it “Heart Chamber”. It was located on public lands Arroyo Seco. Cave immediately became a major local landmark, and the flow of tourists was just endless. After some time, Ra Paulet even had to bury it because it was dug without precautions. Soon Ra was commissioned to create caves by art-lovers, but he ran into several creative differences because of his approach towards the work. He doesn?t like taking instructions or following a brief. Instead, he waits for inspiration to hit him. [First Image credit Sjonnie van der Kist]

Ra Paulette tried several times to hire workers to speed up the construction process, but he says they couldn?t ?get? his cave digging process. Sculptor sure that this work should be felt, this craft can not be learned. The only assistant Ra Paulet – his faithful dog. “Cave of Ra” – this is the common name for the 14 caves, created by one person in 25 years. On their director Jeffrey Caroff made the film “Cavedigger”, which is expected to nominate for an Oscar Award. Jeffrey long studied man-made caves, and came to the conclusion that these creations in the spirit of Gaudi architecture deserve to get international fame.

Incidentally, one of the caves Ra Paulet now offered for sale. “The Tree of human kindness” is located between the cities of Santa Fe and Taos, and is estimated at a whopping $ – $ 995 000. 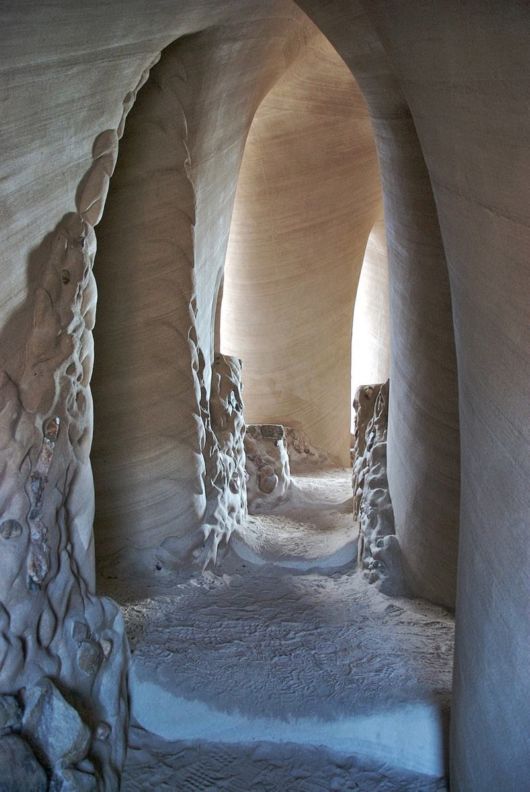 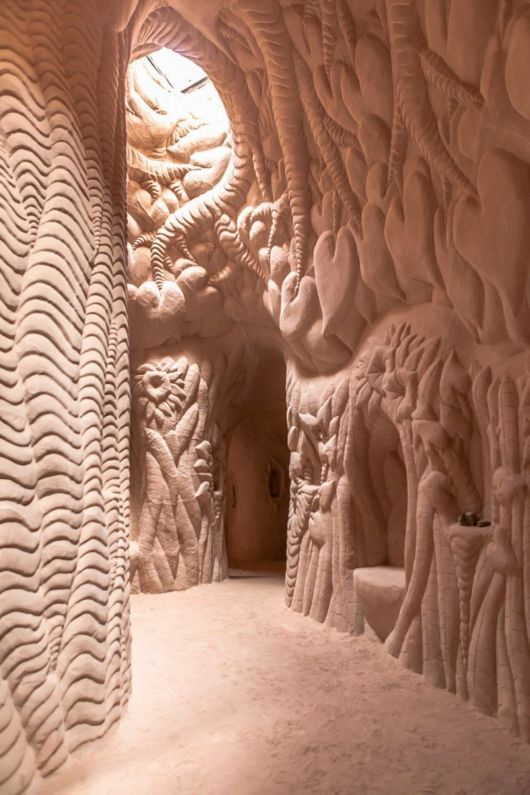 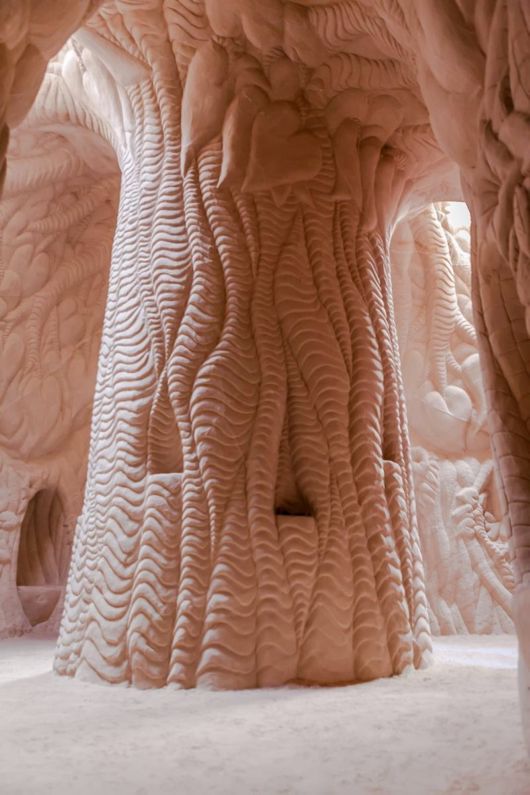 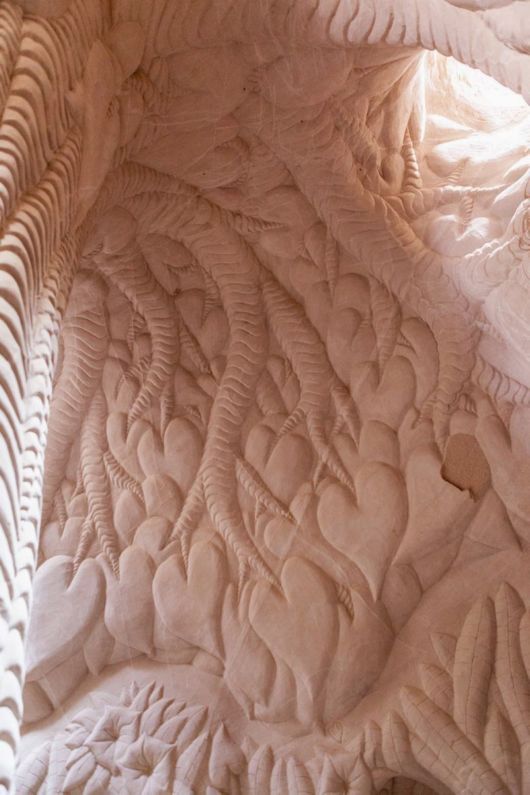 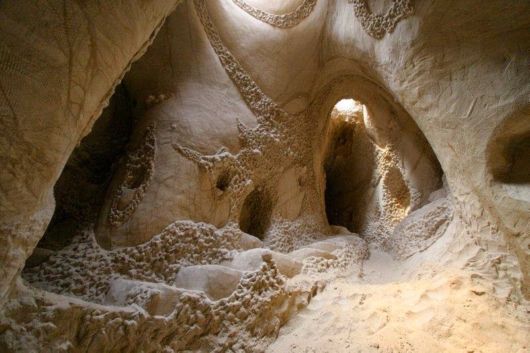 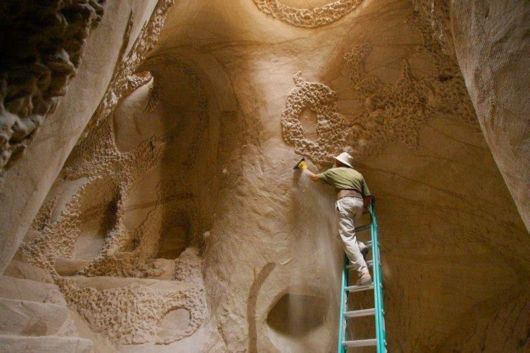 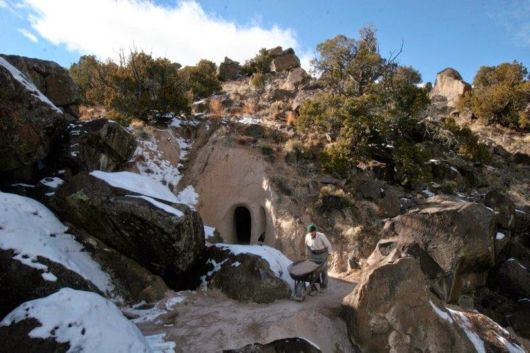 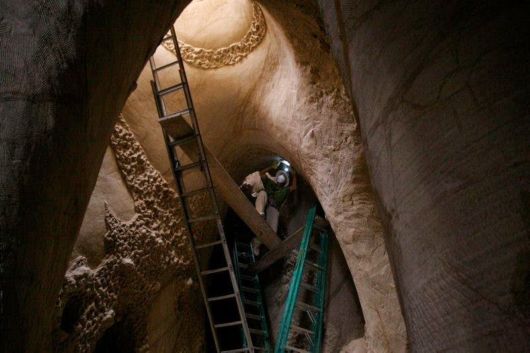 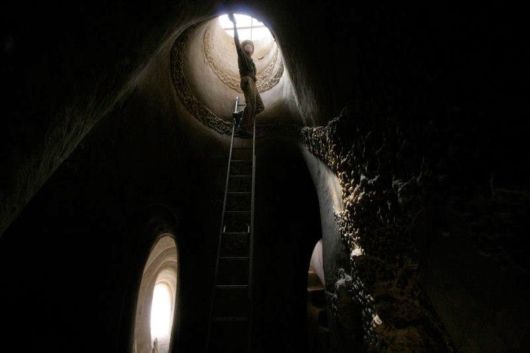 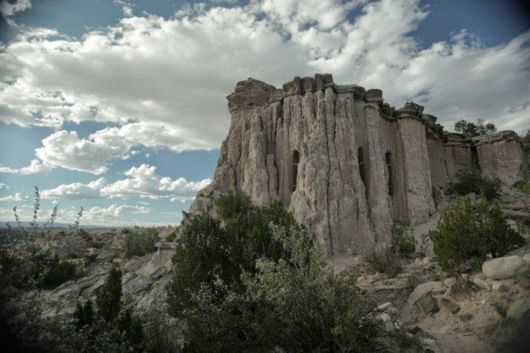 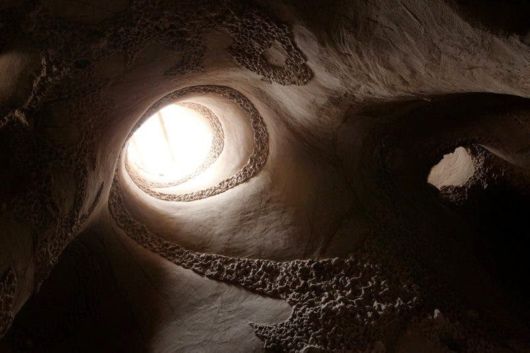 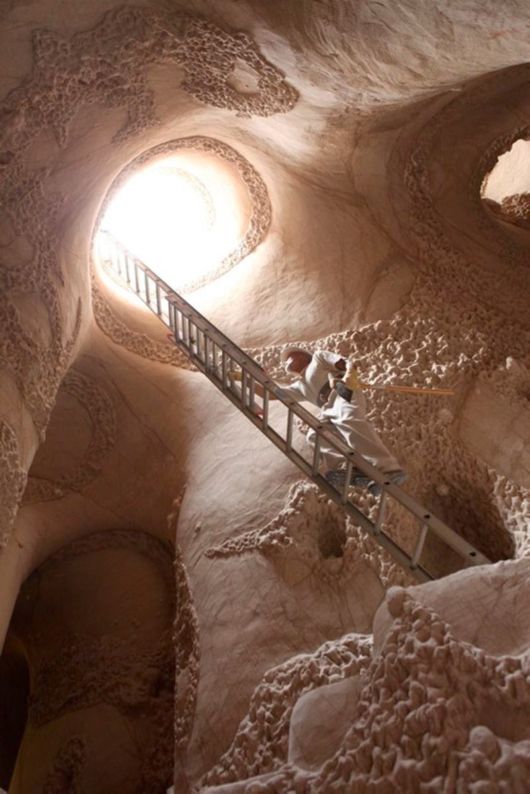 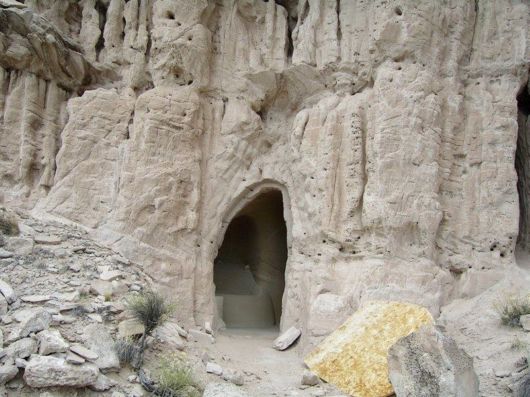