Derinkuyu Underground City is located in the homonymous Derinkuyu district in Nev?ehir Province, Turkey. It is on the road between Nev?ehir and Ni?de, at a distance of 29 km from Nev?ehir.

It was opened for visitors as of 1969 and to date, only ten percent of the underground city is accessible for tourists. Its eight floors extend at a depth of approximately 85 m.

The underground city at Derinkuyu has all the usual amenities found in other underground complexes across Cappadocia, such as wine and oil presses, stables, cellars, storage rooms, refectories, and chapels. Unique to the Derinkuyu complex and located on the second floor is a spacious room with a barrel vaulted ceiling. It has been reported that this room was used as a religious school and the rooms to the left were studies

Between the third and fourth levels is a vertical staircase. This passage way leads to a cruciform church on the lowest level.

The large 55 m ventilation shaft appears to have been used as a well. The shaft also provided water to both the villagers above and, if the outside world was not accessible, to those in hiding. 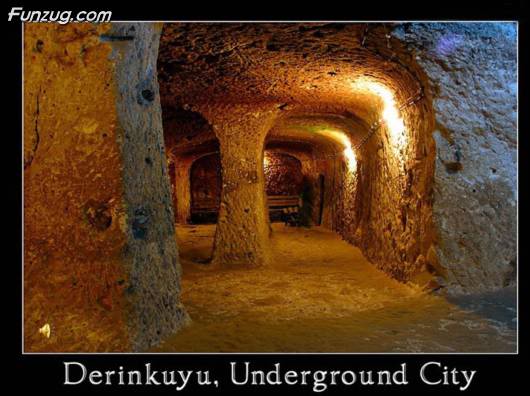 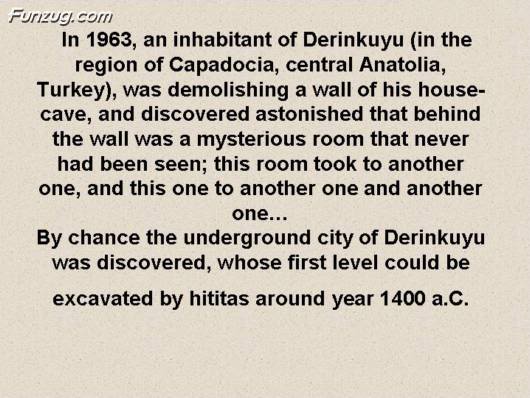 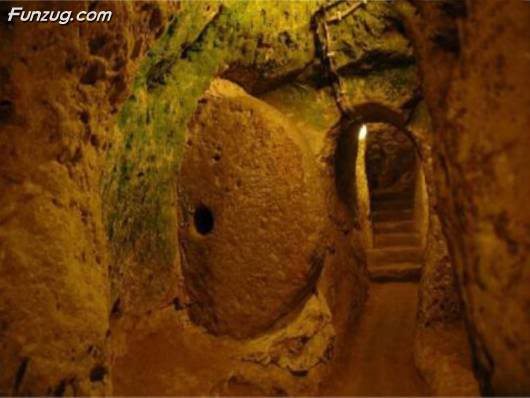 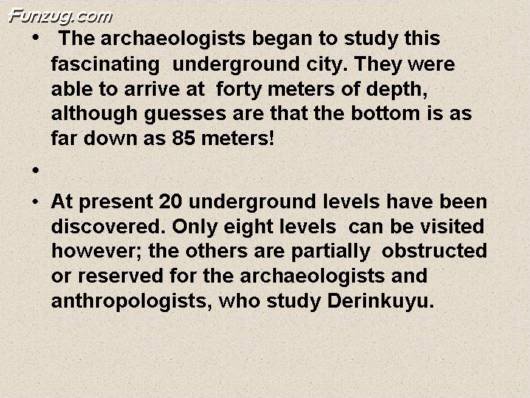 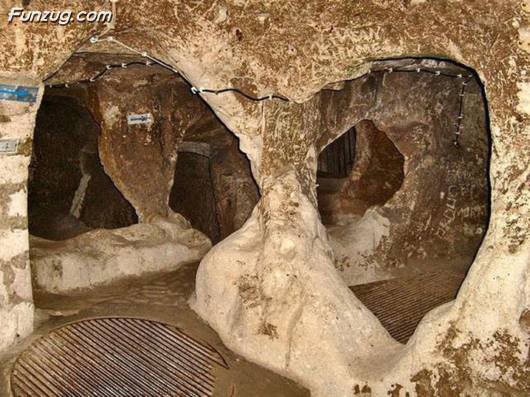 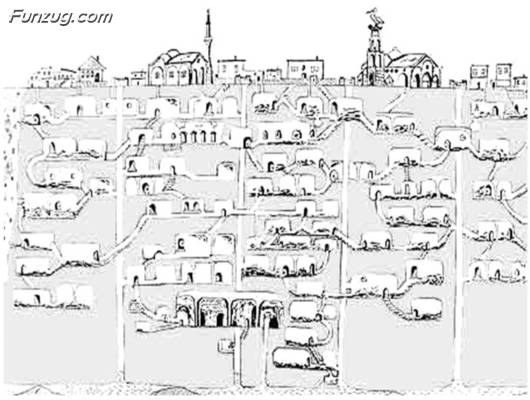 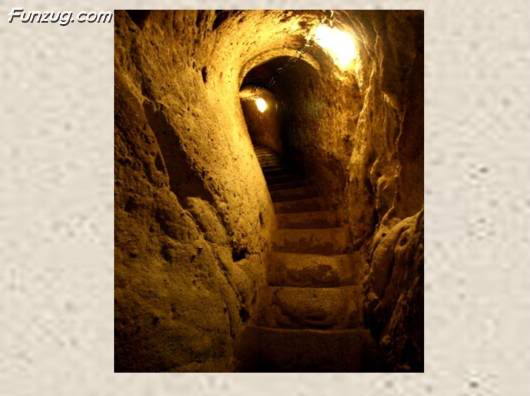 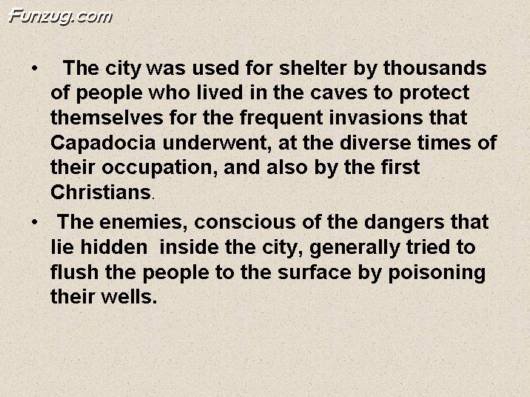 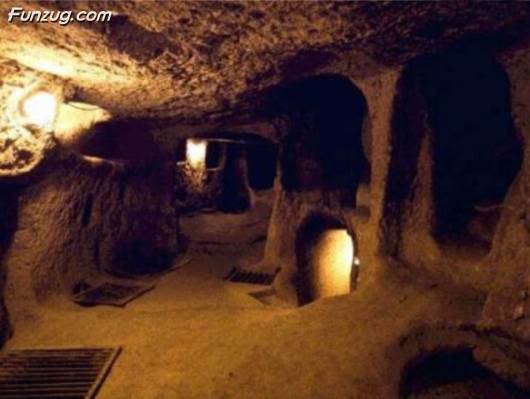 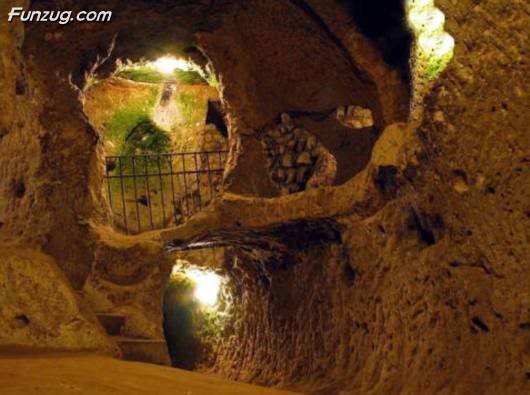 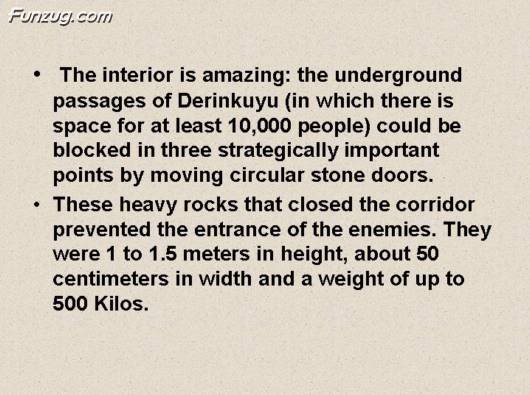 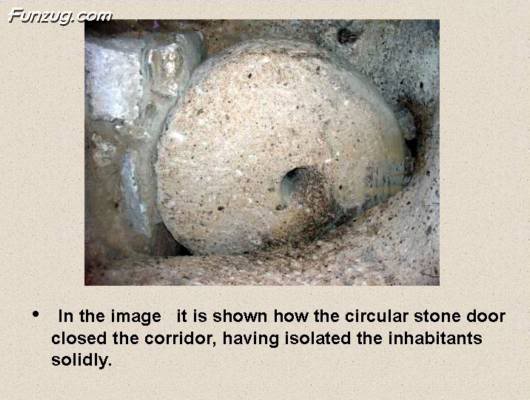 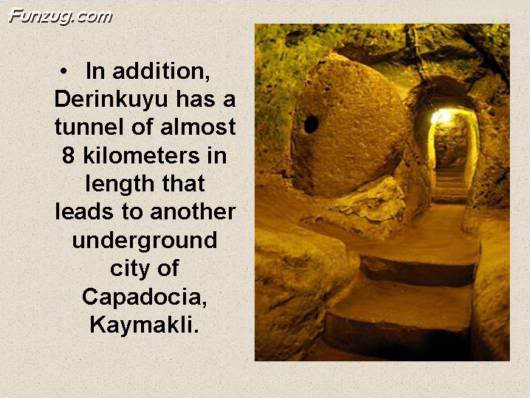 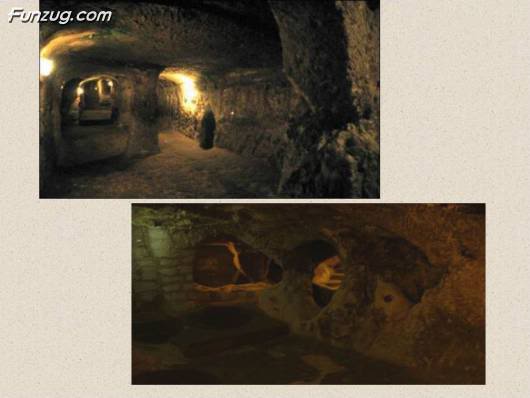 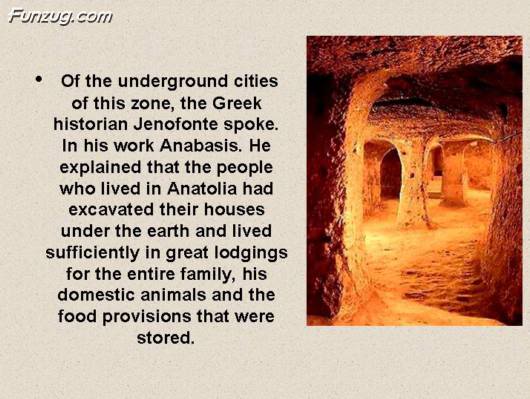 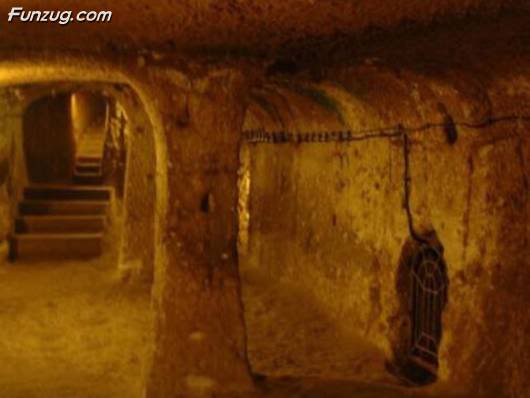 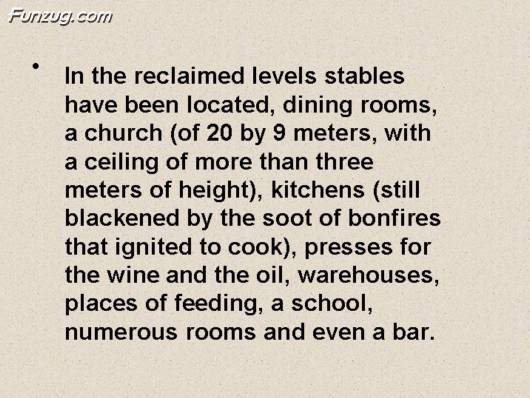 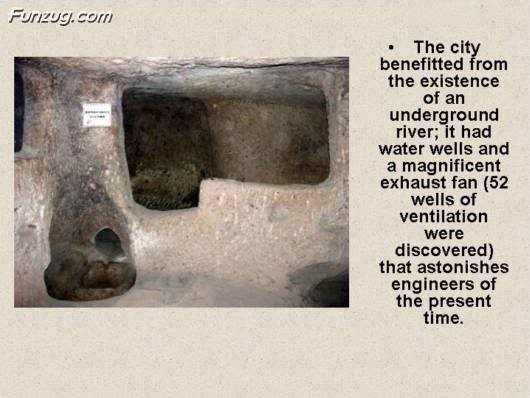 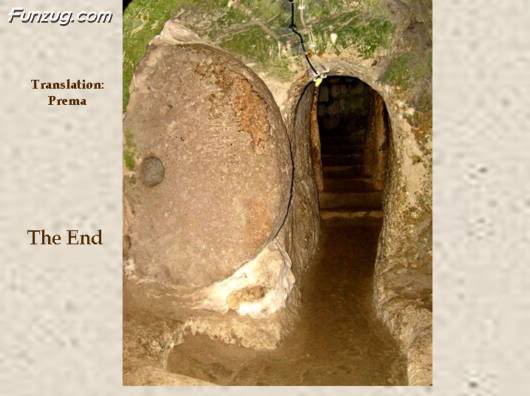