Views from INSIDE the world’s tallest buildings

Sitting at the heart of a building, the atrium can often be overlooked and left as a vast, soulless space populated by plastic plants and a few uncomfortable couches.

However as these fascinating pictures show, the spaces can be transformed into works of architectural splendour in their own right.

The photographs were taken by ‘atrium enthusiasts’ across the world, from the tallest buildings to the most distinguished. 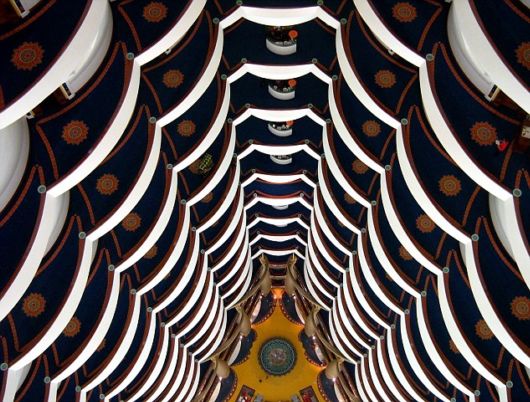 Optical illusion: The atrium at the Burj Al Arab in Dubai is one of the tallest atriums in the world. Looking up, the blue painted-undersides of the lower floors fade to green as they approach the ceiling, blurring the distinction between inside and out 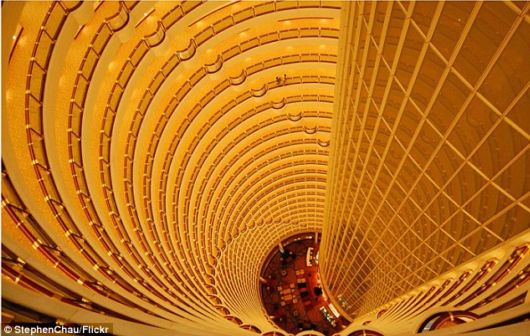 Going in circles: The atrium at the Jin Mao Tower in Shanghai is an 88-storey skyscraper where the proportions revolve around the number eight which is associated with prosperity in Chinese culture

From high up in one of the world’s tallest buildings, the Burj Al Arab in Dubai, staring down its 28 double-storey floors has a dizzying effect.

The atrium at the Jin Mao Tower in Shanghai shows off the perfect proportions of the 88-storey skyscraper where the architecture revolves around the number eight – associated with prosperity in Chinese culture.

Atriums were central to Ancient Roman architecture and referred to the open central court, from which rooms led off.

As the centre of the home, the atrium was the most expensively decorated and usually held a small chapel for ancestral spirits and a bust of the master of the house. 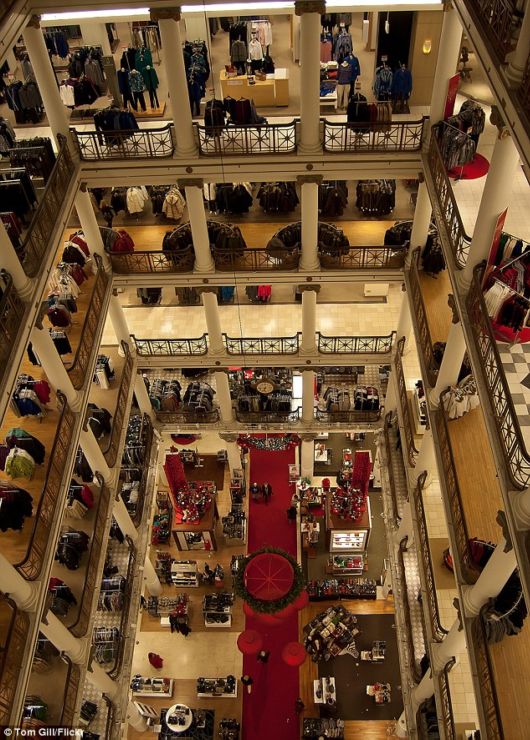 The height of tradition: Holiday decorations adorn the Marshall Field Building in Macy’s State Street, Chicago while the ant-like shoppers fill the floors below 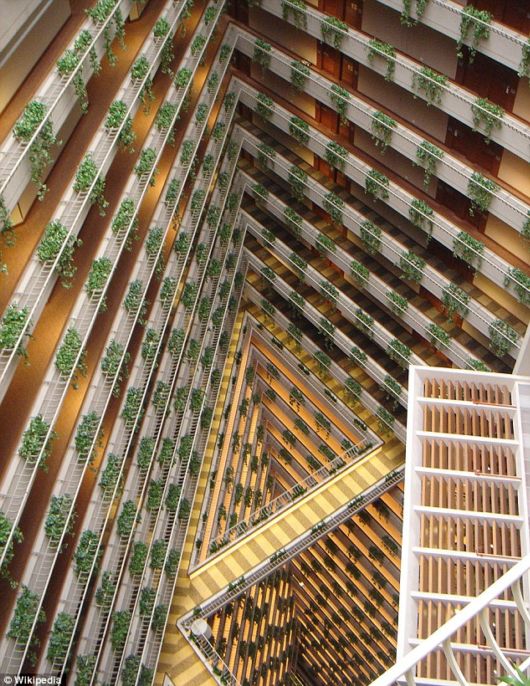 Geometry lesson: The view of the atrium from the 33rd floor of the Pan Pacific in downtown Singapore which claims to be the tallest hotel in Southeast Asia 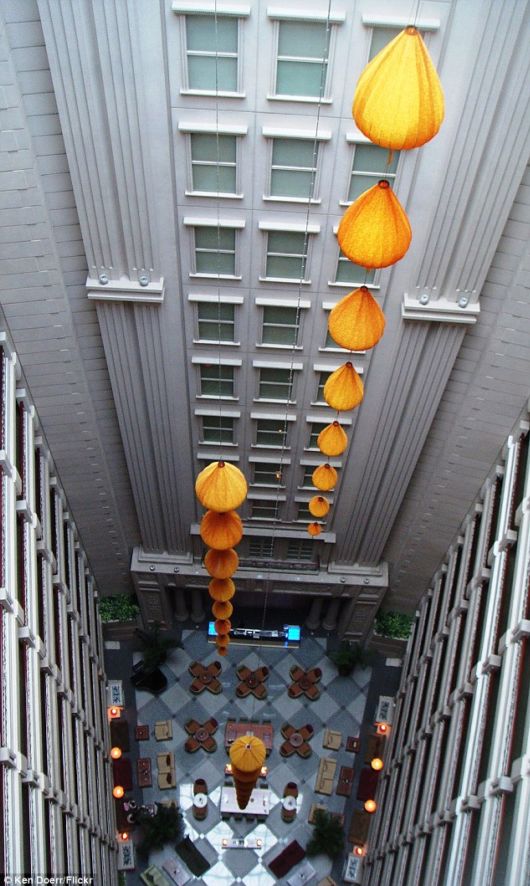 Suspense: The atrium of the Renaissance Hotel in Saigon, Vietnam uses traditional features to show the grand space to effect

Colossal climb: Escalator after escalator fills the central space at Lloyds of London 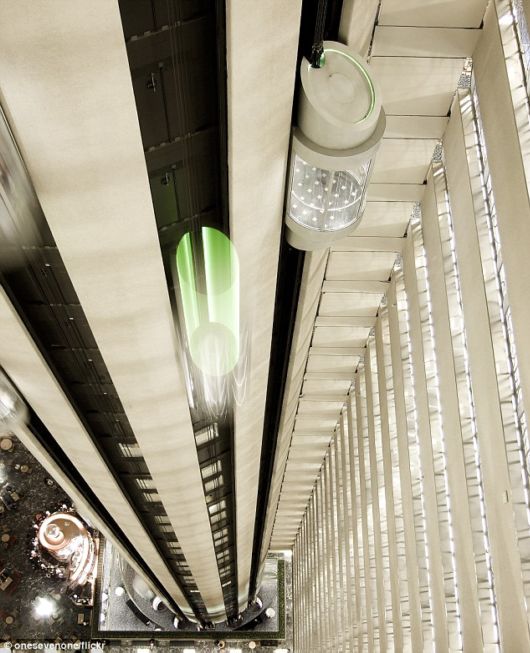 Space age: The other worldly lobby at the Marriott Marquis in Times Square, New York wows visitors with futuristic design