The new Gemasolar Power Plant near Seville in southern Spain is the world?s first solar plant to have the capacity to generate electricity even at night. More than 2600 concentrically arranged mirrors spread across 185 hectares of rural land concentrate solar energy towards a centrally located molten nitrate salt tank. As the rays converge, they super-heat the salt to over 900C, causing water around the tank to boil and drive steam turbines. In addition, any superfluous heat generated during the day is stored within the liquefied salt. It acts like a giant thermal battery for driving the turbines at night and during overcast days up to 15 hours at a time with no sunlight. But Seville, being one of the sunniest areas in Europe, this doesn?t happen very often. 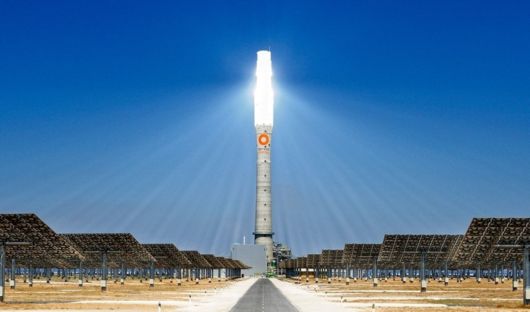 The $US410 million Gemasolar plant that just opened has a potential output of 20 megawatts, though it is currently operating below that capacity. Officials expect it could reach 70 per cent capacity by 2012. It?s the largest solar power station of its type in Europe, and it has an annual production total or roughly 110 GWh/year ? enough to power 25,000 homes and reduce atmospheric CO2 emissions by more than 30,000 tons a year. The project, a joint venture between Abu Dhabu energy company Masdar and Spanish engineering firm SENER called Torresol Energy, took two years to construct at a cost of £260million. 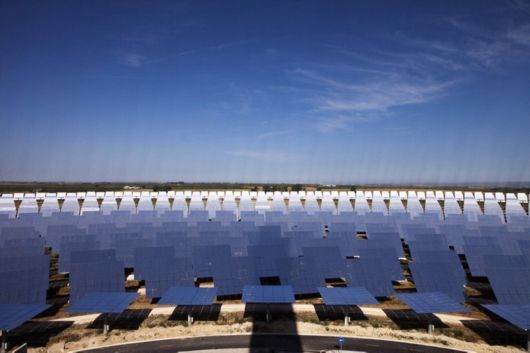 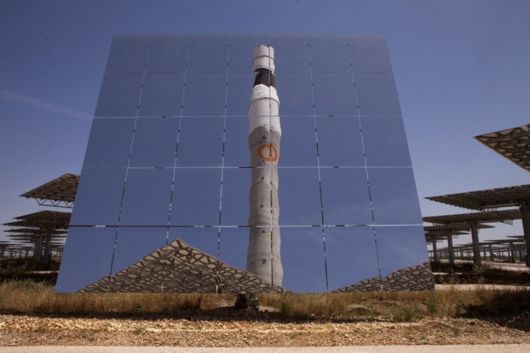 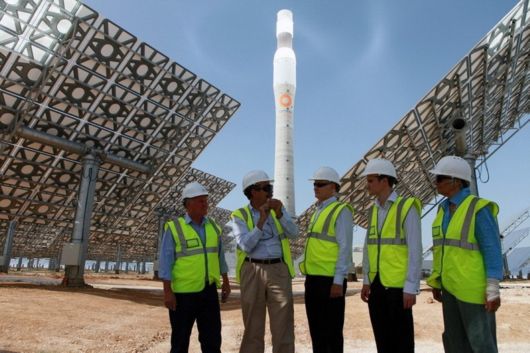 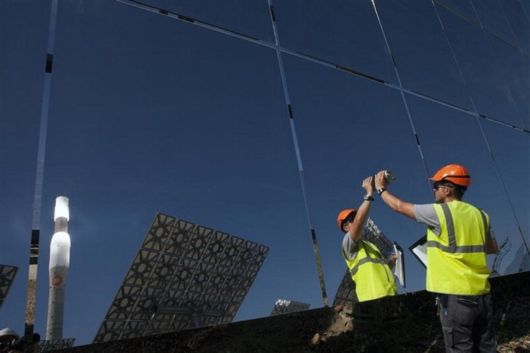 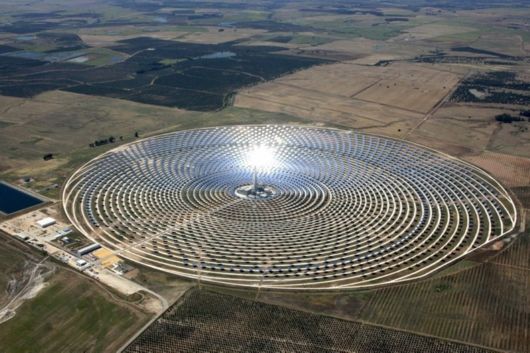 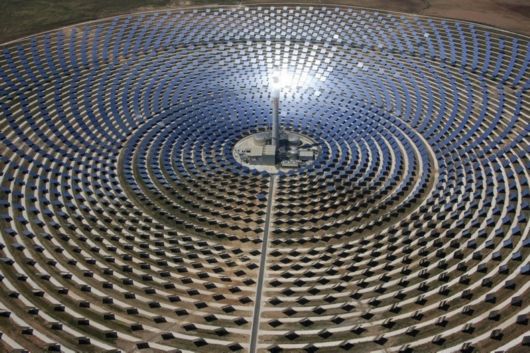 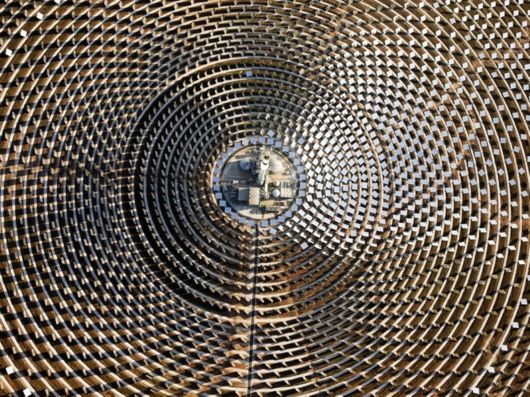 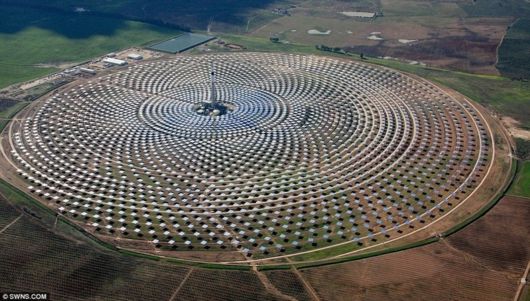