Throughout history, artists have attempted to subvert conventional beliefs and values and provoke people to see life differently through their work. After all, isn’t that the role of the artist? One fact that may seem surprising is that some artworks that are considered iconic and widely acclaimed today were not received so well when they were first created. These seven daring artworks shocked the world and are considered the most controversial in history. They were deemed too graphic or immodest at the time of their creation, but they are renowned today. 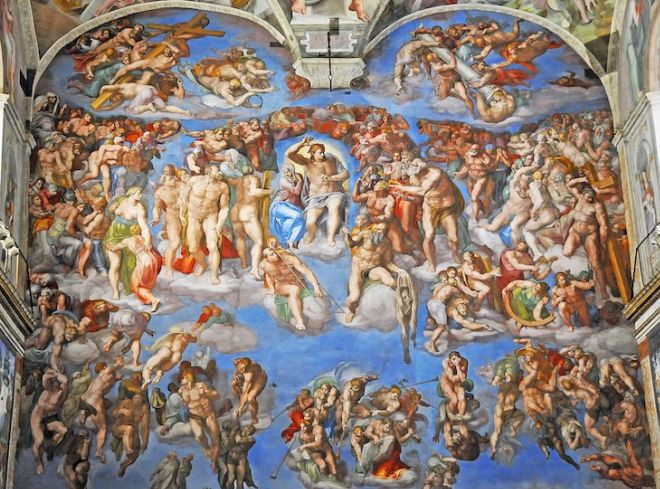 From the moment Michaelangelo’s The Last Judgement was unveiled in 1541, it was deemed controversial immediately. Audiences were equally amazed and horrified when they saw this chaotic depiction of the Second Coming of Christ. Nude bodies had appeared in art before Michelangelo, but what shocked viewers was the expansive display of nudity across the board, both of ordinary people and martyrs.

Religious officials spoke against the fresco for a number of reasons, including the fact that Michelangelo chose to paint Jesus in the Classic style of pagan mythology. In a move called a fig-leaf campaign, bits of fabric and flora were painted over the exposed body parts of the 300 figures, changing the nature of the original artwork. Some of them were later removed as part of a 20th-century restoration. By then, however, Michelangelo’s revolutionary artwork had already profoundly impacted art history. 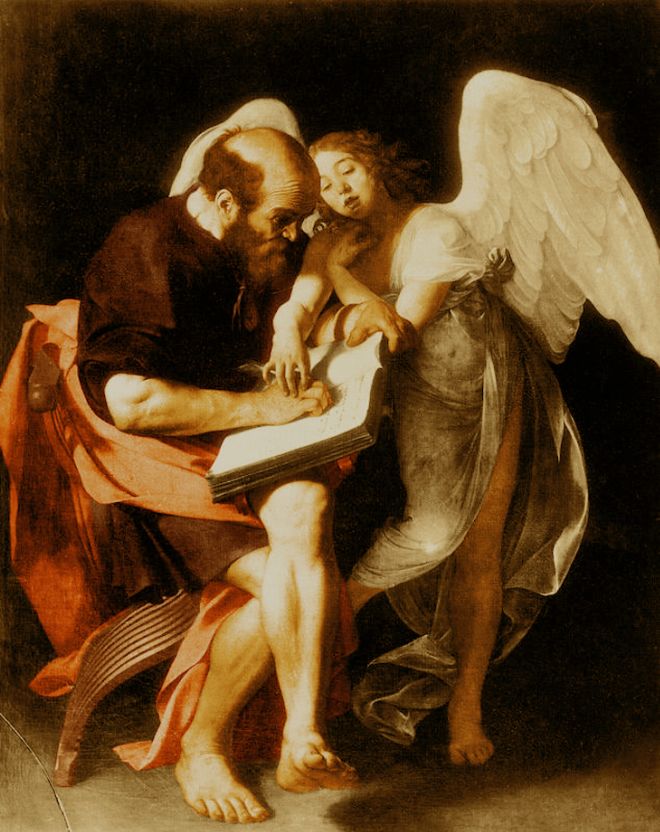 The life of the Baroque painter Caravaggio was probably more controversial than any of his works, considering the fact he died in exile after being sentenced to death for murder. But a few years prior to that incident, Caravaggio produced the now lost painting St. Matthew and the Angel, created for the Contarelli Chapel in Rome.

What upset critics the most was Caravaggio’s unconventional choice to use a poor peasant as a model for the saint. Other problematic features were St. Matthew’s dirty feet and the way the image implied him to be illiterate, as though he was being read to by the angel. Eventually, the commissioned work was rejected and replaced with Caravaggio’s The Inspiration of St. Matthew, which is a similar yet more standard depiction of the scene. 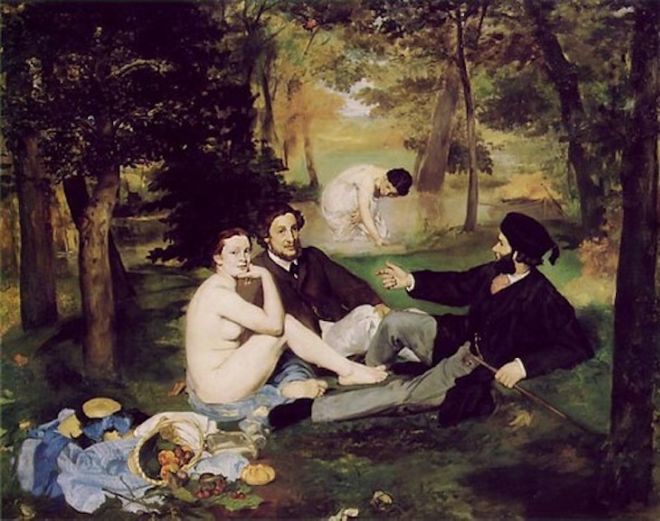 Edourad Manet’s famous Le Déjeuner sur l’Herbe (Luncheon On the Grass) was rejected by the Salon in Paris in 1863. Instead, it was exhibited at the ‘Salon des Refuses,’ where it generated quite the scandal.

Firstly, Luncheon On the Grass was painted on an 81.9×104.1 inch canvas, a scale that was usually reserved for important historical or mythological compositions. Manet’s decision to portray an ordinary scene of friends having breakfast at this scale was seen as a blatant rejection and even disdain of the convention of classical painting. Moreover, the unabashed presence of a nude woman surrounded by fully clothed men in modern dress scandalized both art critics and the public.

Even Manet’s painting style in this painting was considered shocking since the contrast between light and dark was far more pronounced than what was acceptable at the time. Manet’s clear refusal to conform to conventional methods in Le Dejeuner sur l’Herbe is often regarded as the departure point for Modern Art. 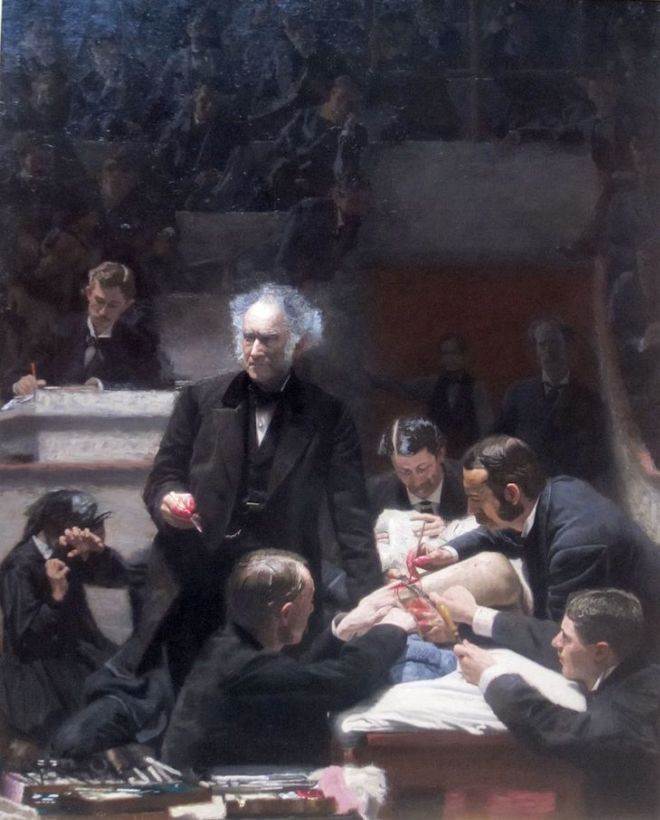 Thomas Eakins’s 1875 painting The Gross Clinic has long been considered one of the great works of the 19th century and an icon of American art. The depiction of a surgical demonstration by Dr. Samuel D. Gross and his colleagues was also controversial from the moment of its completion.

Eager to show off both his talent and the scientific advances of Philadelphia’s Jefferson Medical College, Eakins places the viewer right in the center of the surgical amphitheater. But the matter-of-fact depiction of surgery was deemed too graphic, and the painting was rejected by the Philadelphia Centenary Exhibition. It was only a century later that The Gross Clinic was recognized as a masterpiece, both in terms of its artistic and scientific merits. 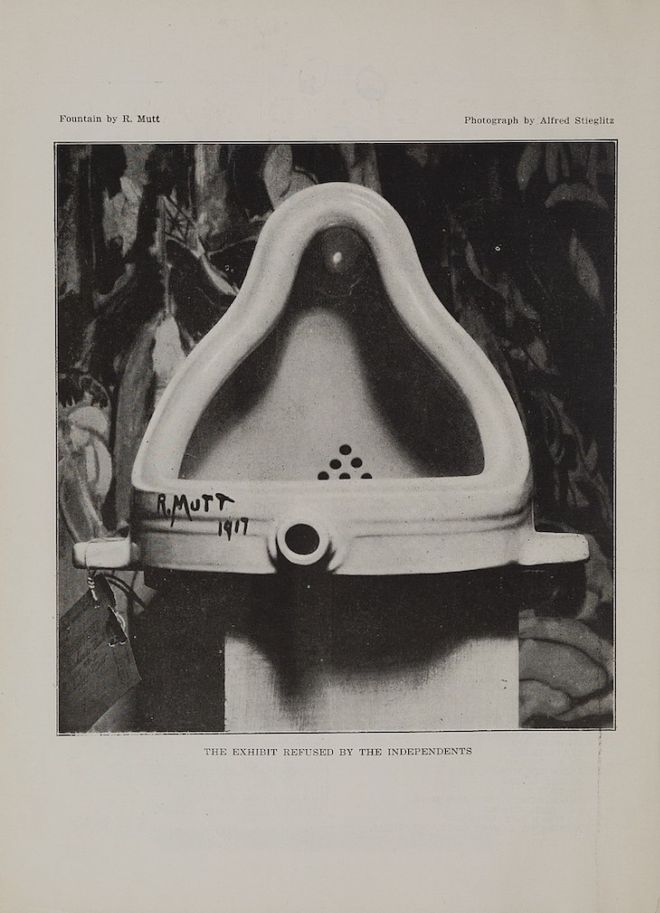 Despite being controversial in its time of conception, Fountain by the Dada experimentalist Marcel Duchamp made history. It pioneered the conceptual art movement that continues to this day. To create the work, Duchamp simply bought a urinal from a factory, signed it with the pseudonym R. Mutt, and submitted it to the Society of Independent Artists.

The piece was denied, which was almost comical, as Duchamp himself was the co-founder and a board member of the group. Some even wondered if Fountain was a hoax. The Dada journal The Blind Man defended the urinal as art because the artist saw it as such. Society, on the other hand, was deeply offended by the work, calling it indecent and immoral.

In defiance, Duchamp had it professionally photographed in a gallery setting by the renowned photographer Alfred Stieglitz. The argument that any object could become a work of art revolutionized artistic practices and continues to have an impact even today.

Pablo Picasso’s huge mural Guernica depicts the massacre of a Basque town in 1937 and has since become a symbol for every city ever bombed or destroyed by war. It is one of the most powerful artistic denunciations of fascism. The painting has been a point of contention throughout the years due to its strong critical message. The initial reaction to the painting was overwhelmingly critical. Even the Soviets, who sided with the Spanish government against Franco, criticized the piece. The critics believed that only realistic art could have political or social consequences.

At first, Picasso refused to exhibit Guernica in Spain until justice would be restored there. The painting was shown throughout Europe and the United States, until finally being returned to its country of origin in 1975 after the artist’s death. 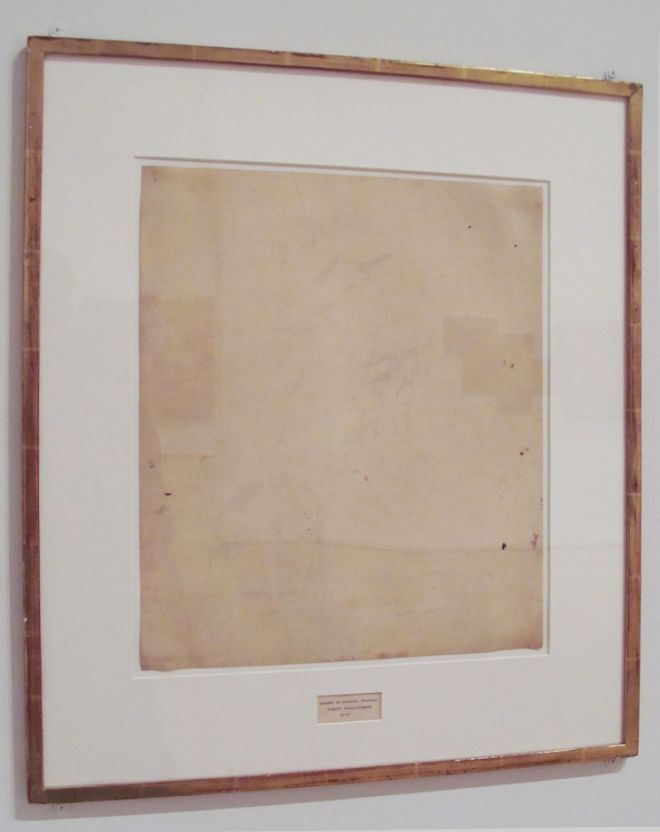 In the year 1953, the Dutch American artist Willem De Kooning was considered a legend. He was one of the greatest painters of the Abstract Expressionism movement of that time. His name generated awe and respect. When the young artist Robert Rauschenberg asked De Kooning for one of his paintings, the latter was reluctant at first. Eventually, he gave Rauschenberg a drawing that was a mix of grease pencil art and charcoal.

What Rauschenberg did next was completely unexpected. He erased the painting, turned it into a blank white square, and called it his own. It took about a decade for word of the piece to spread. The public response was a mixture of wonder and disgust. Was Rauschenberg a young genius surpassing the master? Is it vandalism? Can it even be called art?

One person who was not at all impressed was De Kooning, who called the idea “corny.” Today, the artwork is housed at the Museum of Modern Art in San Francisco.