Day of Peace – one of the major international festivals, which is held under the auspices of the UN and calls upon all States to give up weapons of warfare. Every year on September 21 held a variety of peacekeeping activities, creative people, of course, do not stay away from them. This year, one of the large-scale project was «The Fallen» by British artists Andy Moss and Jamie Wardley. Nine thousand silhouettes on the beach of Arromanches in France – a reminder of the tragic D Day that initiated the D-Day landings in Normandy during World War II. 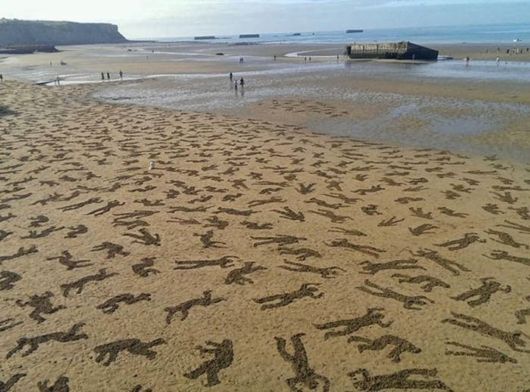 Sand Artists Create D-Day Commemorative Piece with 9000 “Shadow” Drawings
D-Day – American common designation for any military operation, the artists Andy Moss and Jamie Wardley [more commonly known as the art duo Sand In Your Eye] decided to remind people of the terrible events of June 6, 1944. Normandy operation is considered the largest amphibious operation in history, as it was attended by more than 3 million people who have crossed the English Channel from England to Normandy. 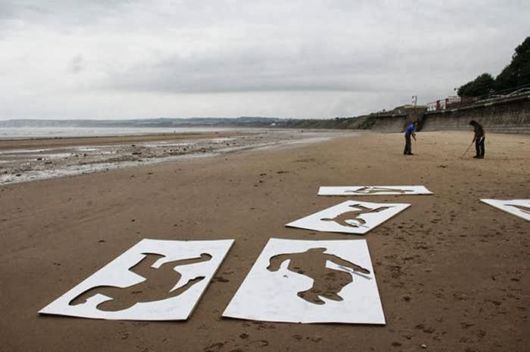 9000 fallen soldiers commemorate Peace Day on the beaches of Normandy
The project is a nine thousand silhouettes created in the sand by means of ordinary stencils. The task that faced the artists was so extensive that for the realization of the project to life required the assistance of volunteers. A way to “draw" is simple: just dug silhouette on a prepared form.

9,000 sand drawings commemorate the fallen on d-day
The artist said that his project, he is not trying to condemn or to show admiration for the fallen act, rather it is – a reminder of the events of the past years, a statement of fact, a tribute to their lives and regret their premature death. 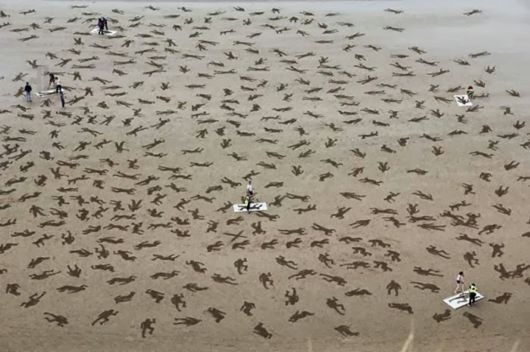 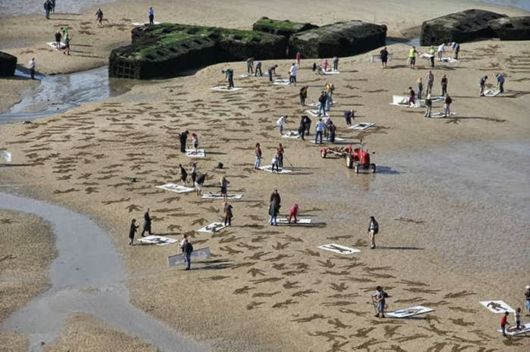 The Fallen ? 9,000 Sand Drawings Commemorate the Fallen on D-Day 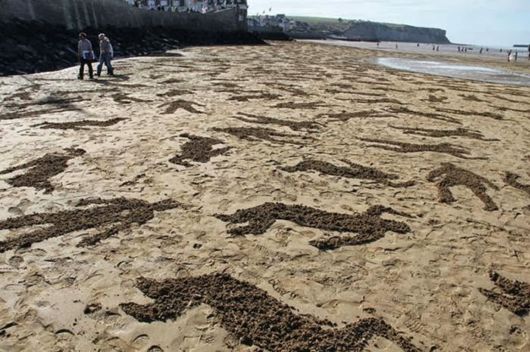 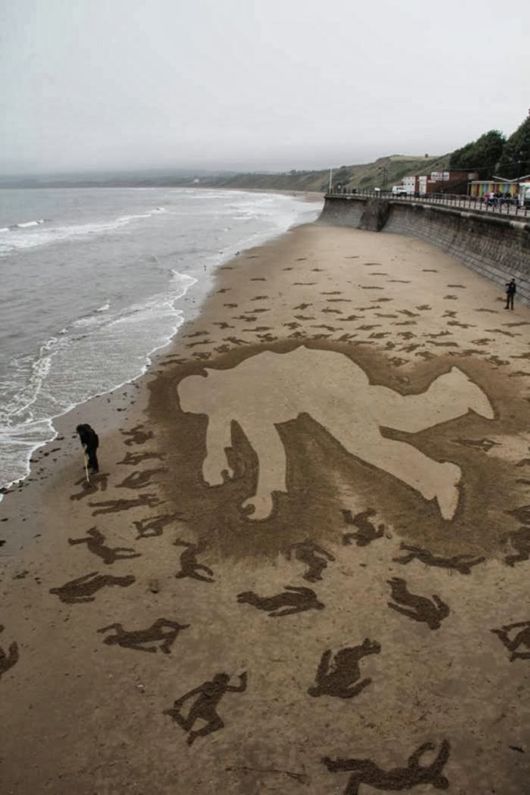 9000 fallen soldiers commemorate Peace Day on the beaches of Normandy