Don’t fall in! Amazingly realistic 3D images on pavements across America and Europe

From Piccadilly Circus to an incident at Waterloo this eye-opening 3D street art is probably the best on the planet.

Not only do these incredible pastel drawings on pavements across the world look realistic by themselves – but when passers-by jump into the scene they take on a life of their own.

As well as his London creations, U.S. street artist Kurt Wenner, 53, created a playboy’s bachelor pad in a Singapore Airport, a magic carpet for children to ride over an Arabian fantasy city and a grand prix car for local female drivers to try out during the Bahrain Grand Prix. 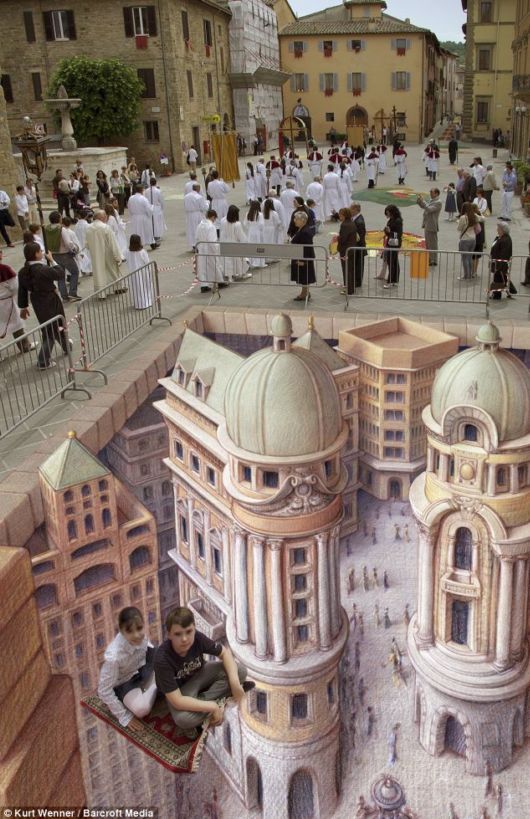 Under the carpet: Mr Wenner’s The Flying Carpet photographed in Bettona, Italy 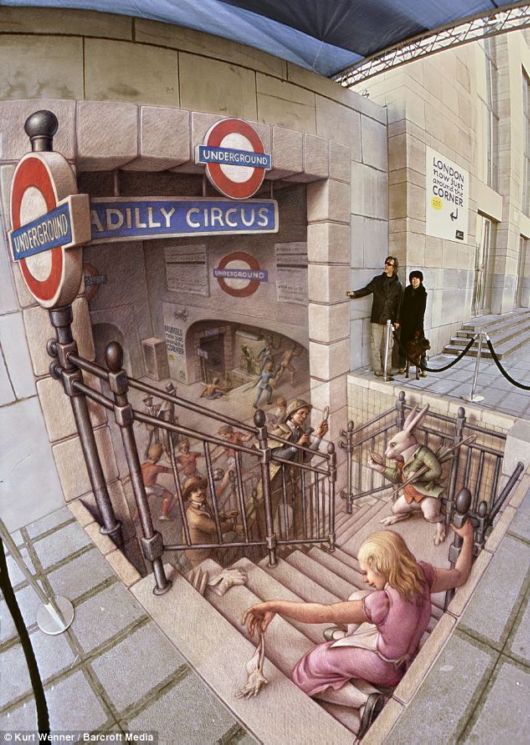 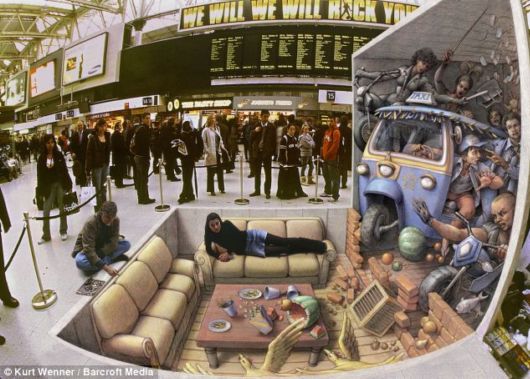 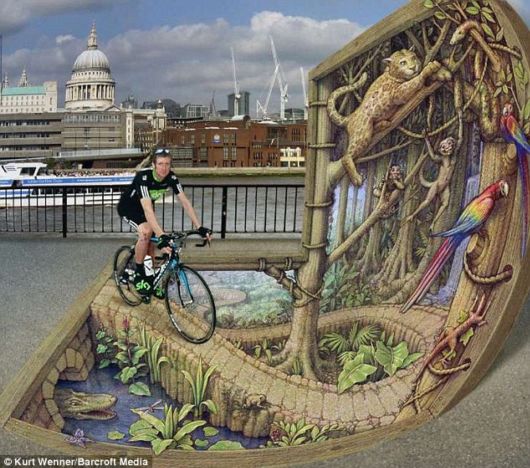 Mr Wenner invented a new geometry that creates compositions that appear to rise from or fall into the ground.

Using his homemade pastels, he can take up to seven days to complete his intricately detailed large-scale drawings, sometimes longer depending on the weather.

Mr Wenner began his career in Rome, inspired by the city’s centuries-old tradition of street art.

Mr Wenner explains: ‘The pieces look real because they are calculated to be perfectly and mathematically accurate.’ 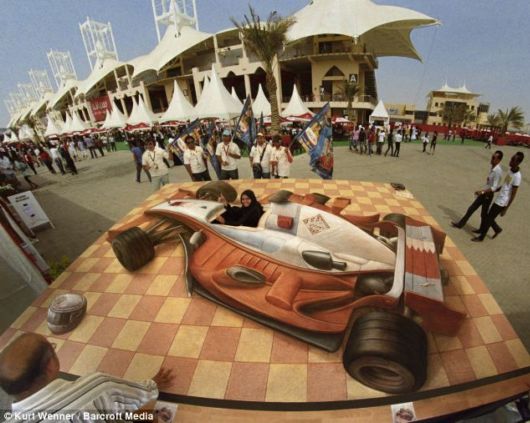 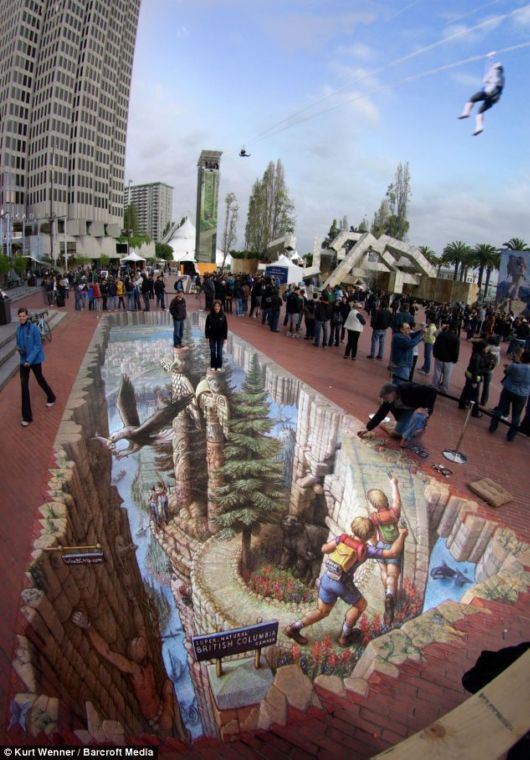 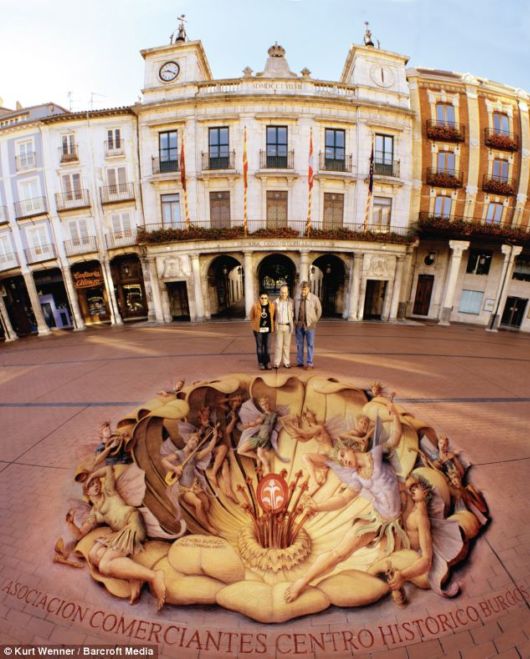 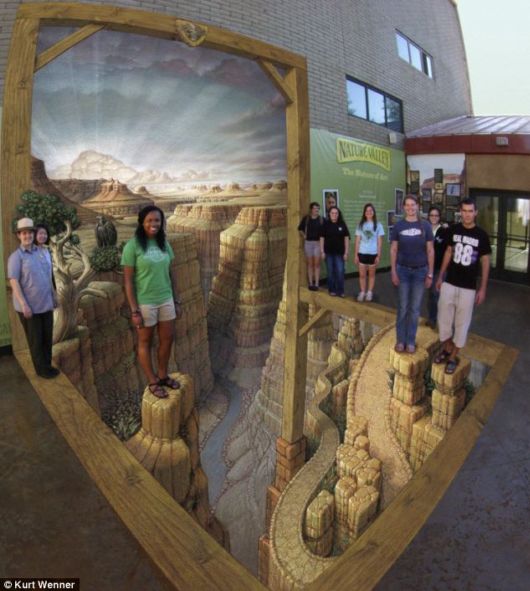 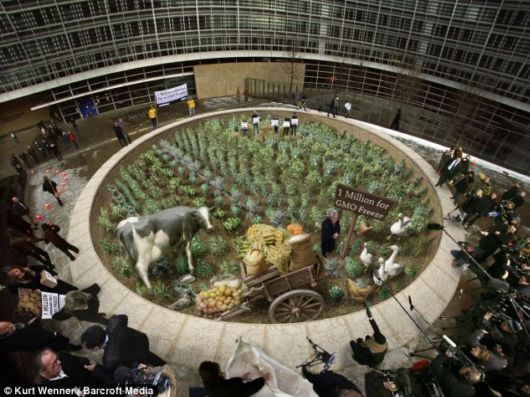 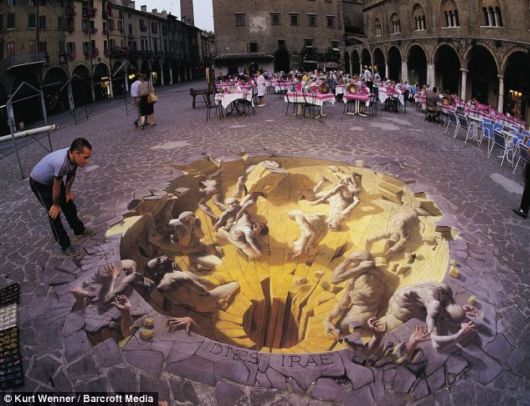 Hellish: Dies Irae, based on a 13th century Latin hymn thought to be written by Thomas of Celano 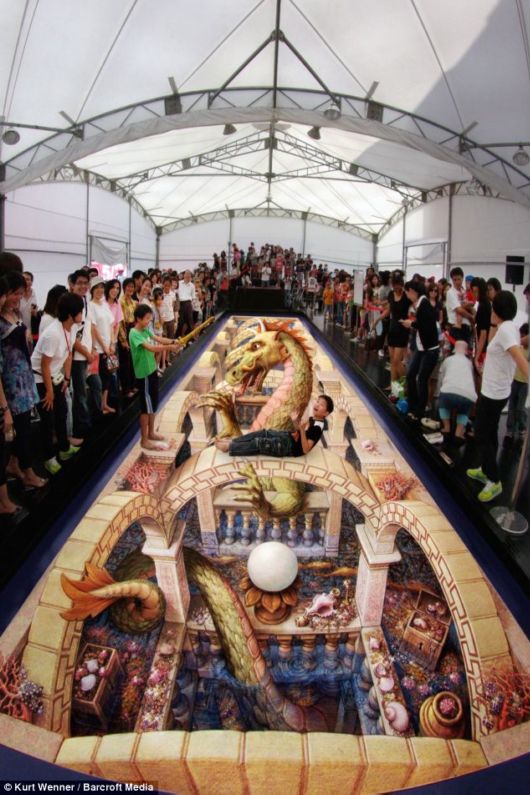