Patrick Acton is an artist from Iowa who uses wooden matchsticks to create his incredible works of art.

His works has been featured on ABC?s Extreme, Makeouver, Home Edition, Home and Garden TV as well as magazines such as Highlights for Children, Reminisce, AAA Travel Wood, The Iowan and others. 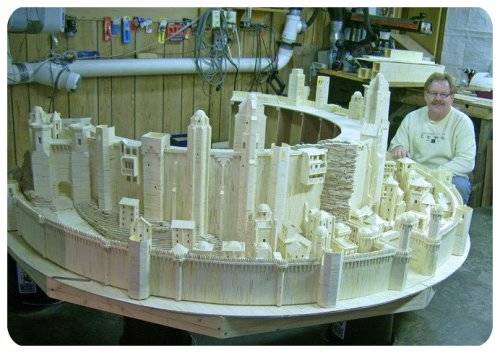 A couple of years ago, Iowa artist Patrick Acton built a model of Harry Potter?s Hogwarts School completely out of matchsticks. His latest matchstick project is even bigger.

He?s building a model of the fortress Minas Tirith from the Lord of the Rings trilogy! Acton expects the model to be completed in 2009. 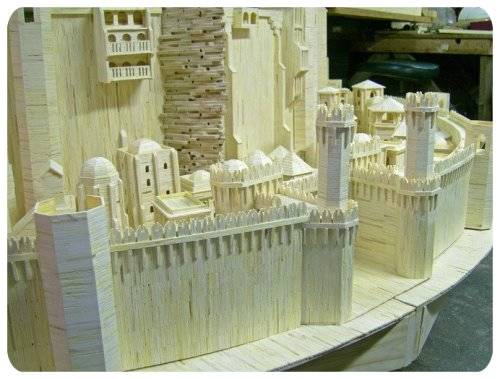 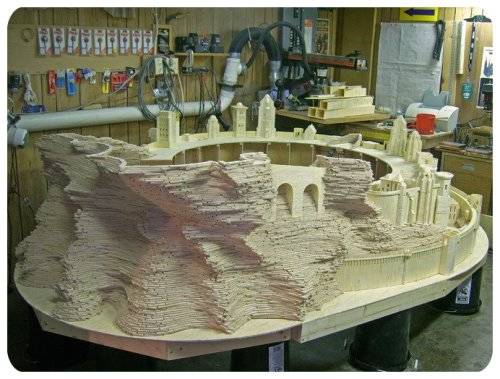 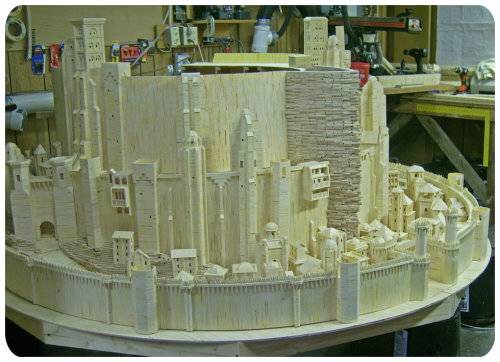 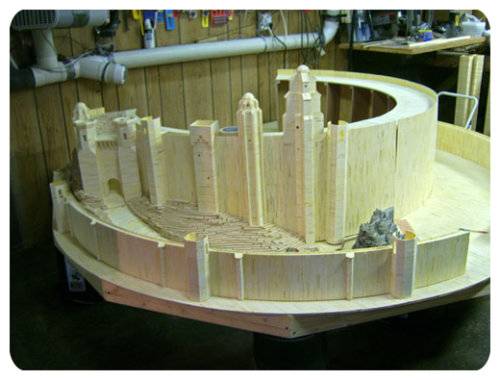 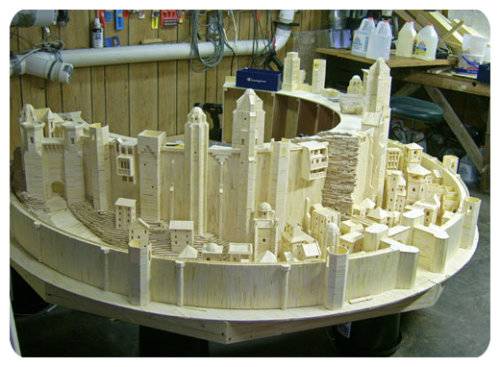 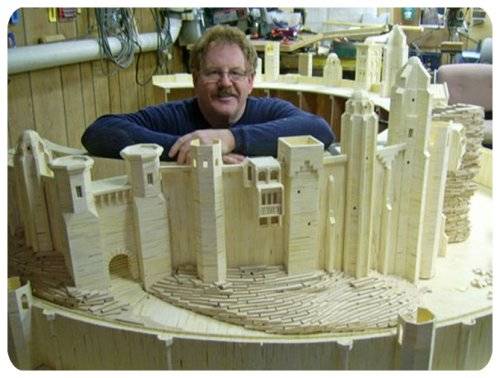 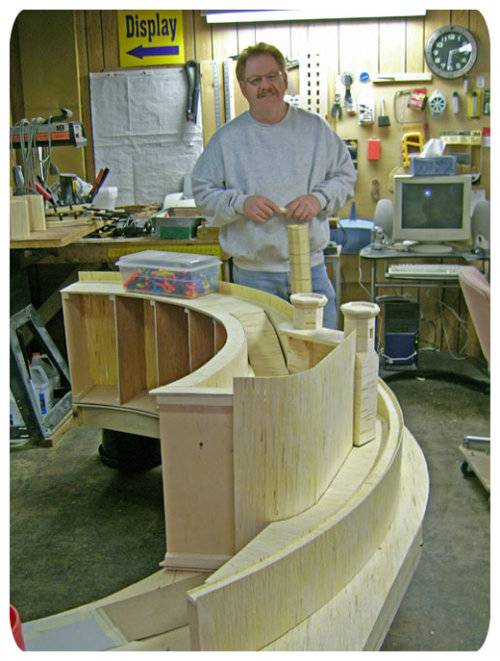 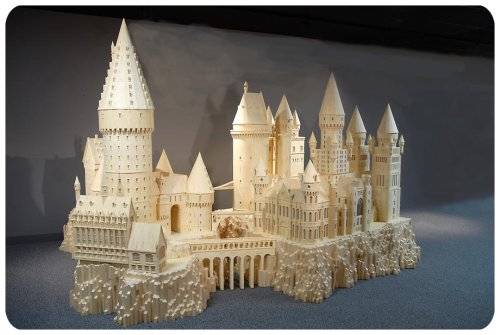 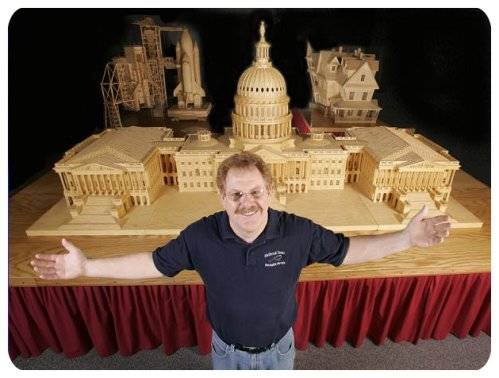 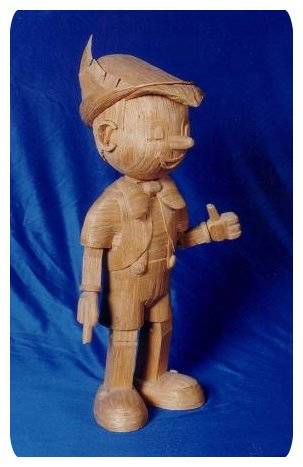