Shell-shaped Nautilus House is gorgeous inside and out

Who cares what the neighbors think? Let?s build a house that looks like a snail shell! That?s just what a Mexico City couple did, with the help of the astonishing imagination of those wild and wooly architects at Senosiain Arquitectos. 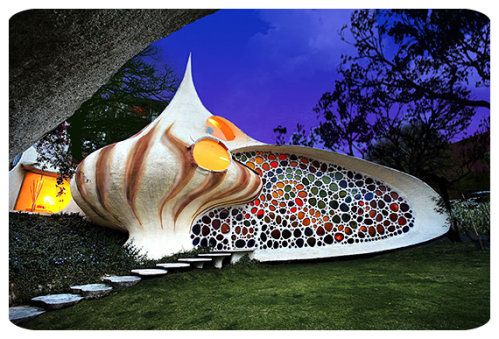 It?s more of a sculpture than a dwelling. Taking cues from a Nautilus shell, the house is put together using ferrocement construction, a technique involving a frame of steel-reinforced chicken wire with a special two-inch-thick composite of concrete spread over it, resulting in a structure that?s earthquake-proof and maintenance-free.

The open concept inside the house is dominated by smooth surfaces, spiral stairs and natural plantings that makes the inhabitants feel like they?re living inside a snail who swallowed the entire contents of somebody?s back yard. While the house is surrounded on three sides by the bustling Mexico City, its West side (where most of its portal-style windows are located) has a breathtaking view of the mountains. Wow. Maybe someday all houses will be made this way. 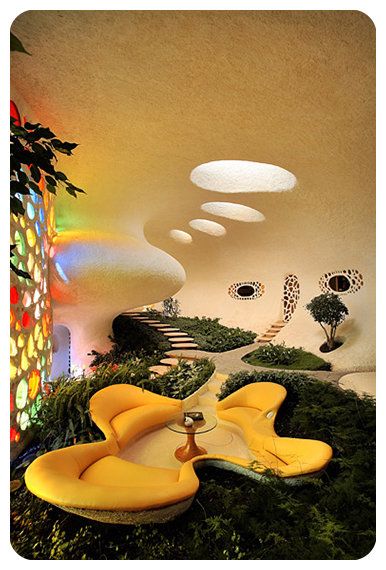 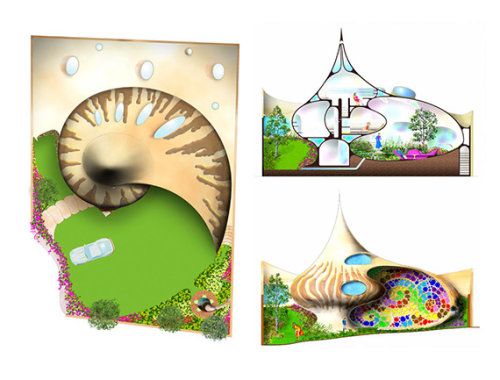 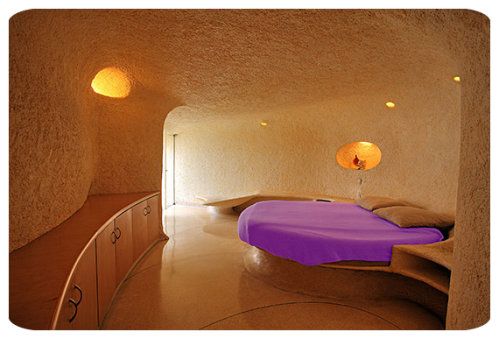 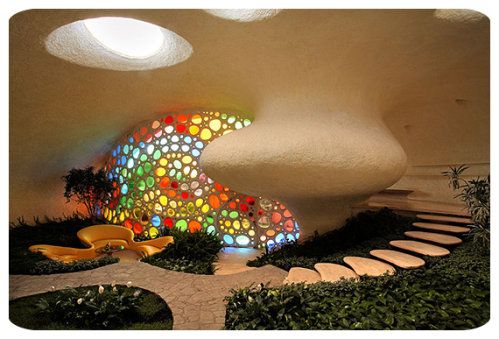 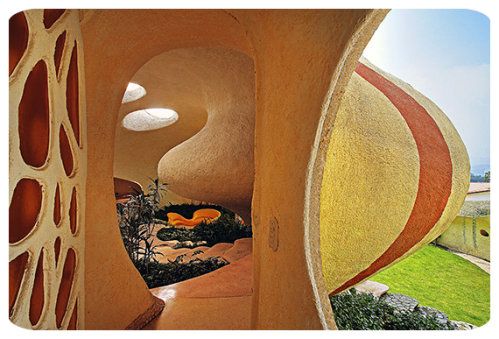 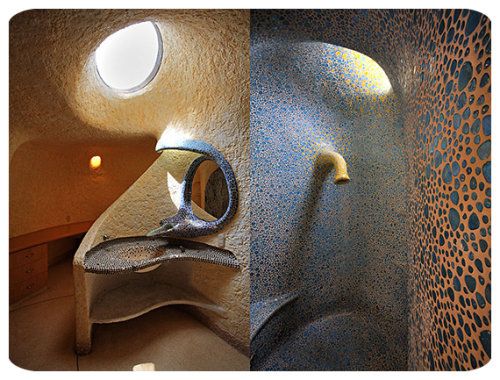 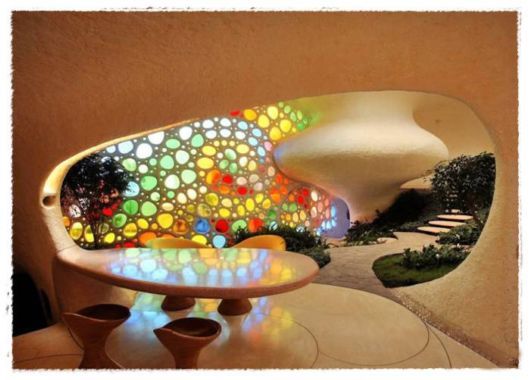 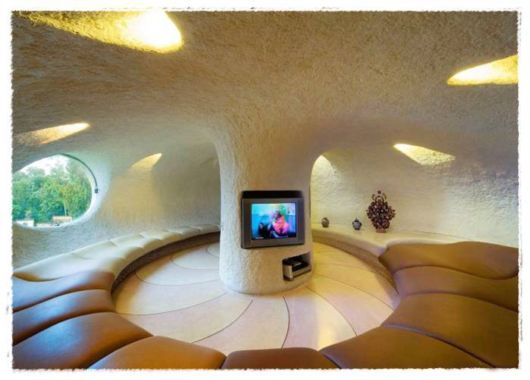 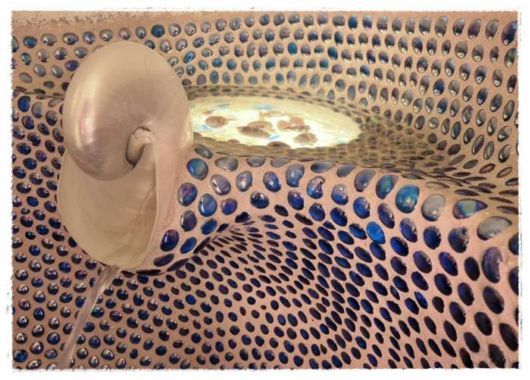 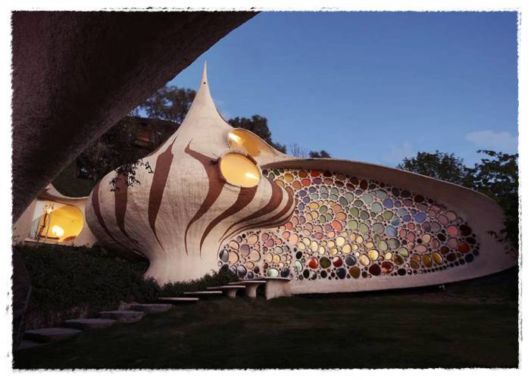 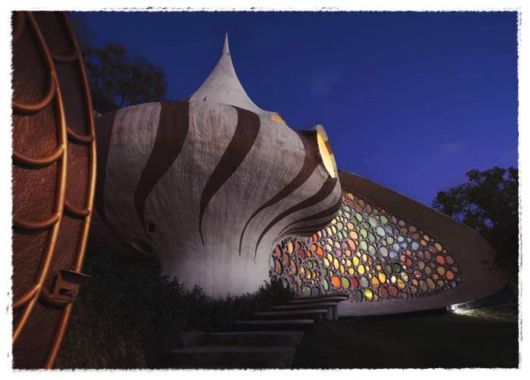 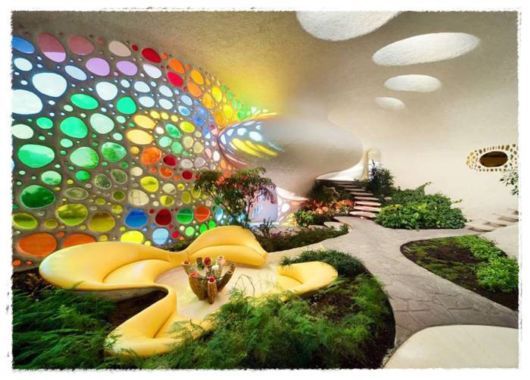 Future architects, take note! If youâ??ve ever thought that being an architect might be a cool job, Iâ??ll give you one more reason. You can create some of the coolest designs with a bit â?? or a lot â?? of imagination and the right client. Senosiain Arquitectos’ Nautilus was built with a 2″ ferrocement shell and the material concretizes the idea making it true This Nautilus Shell House in Mexico City is all of the above and people live here too! The clients, a young couple with two children who after living in a conventional home wanted to change to one integrated to nature. The land, with upward topography, is limited to the south, north and east by high buildings. The west adjoining provides a wide view of the mountains. The model work generated numberless changes until achieving the volume needed by the construction: the Nautilus. This is actually a modified Nautilus shell, actual Nautilusâ?? do not have a point on the top but I guess they expanded the shell for more comfort! The metaphor was to feel like an internal inhabitant of a snail, like a mollusk moving from one chamber to another, like a symbiotic dweller of a huge fossil maternal cloister. This home social life flows inside the Nautilus without any division, a harmonic area in three dimensions where you can notice the continuous dynamic of the fourth dimension when moving in spiral over the stairs with a feeling of floating over the vegetation. 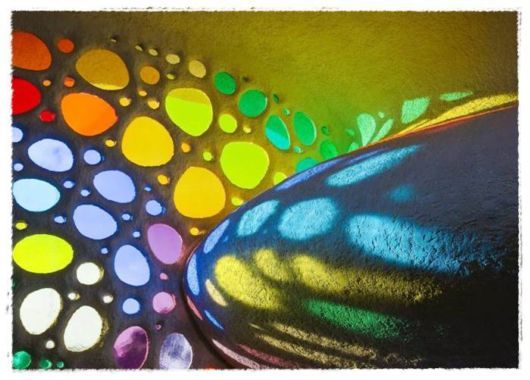 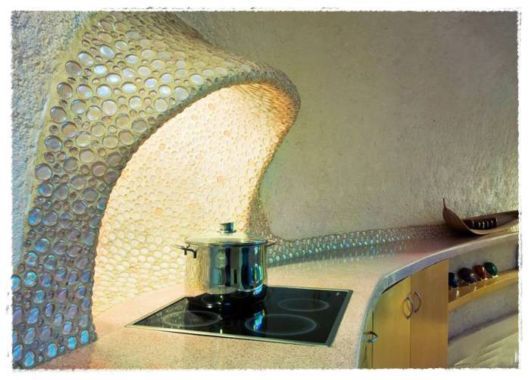 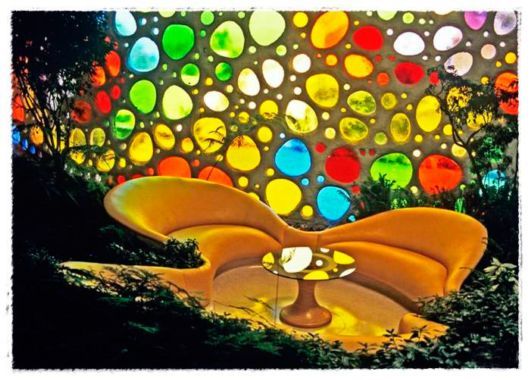 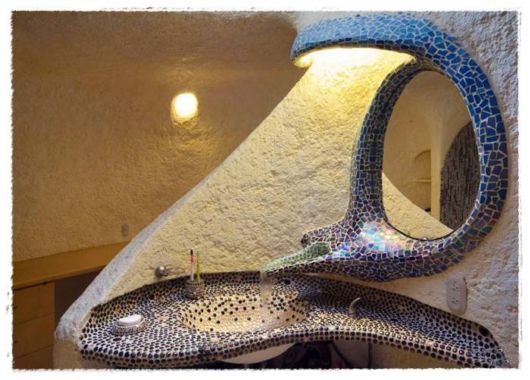 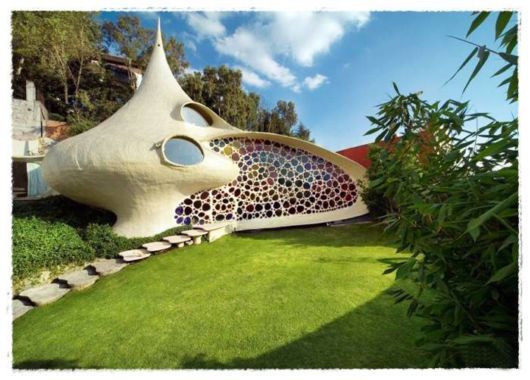 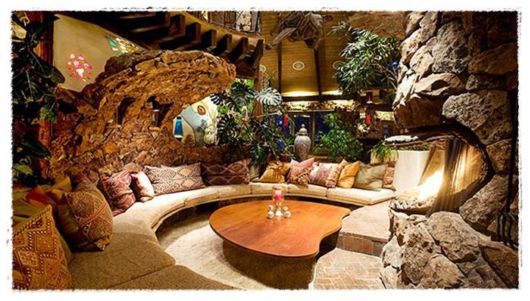