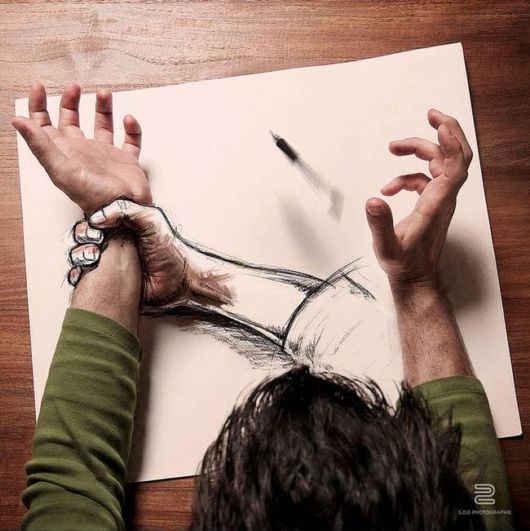 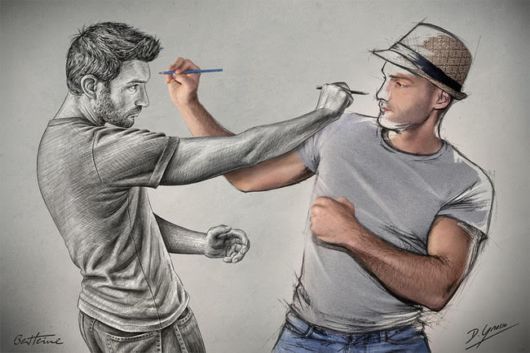 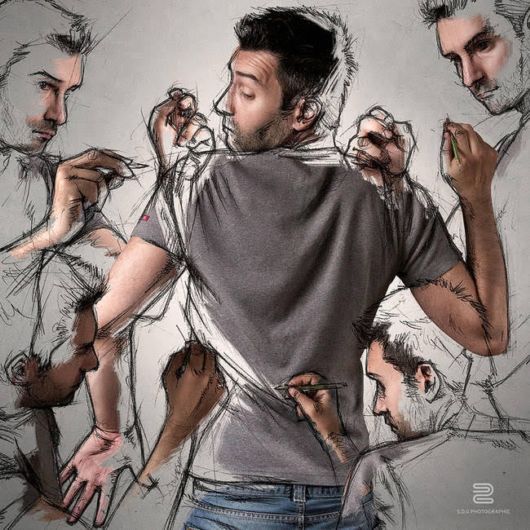 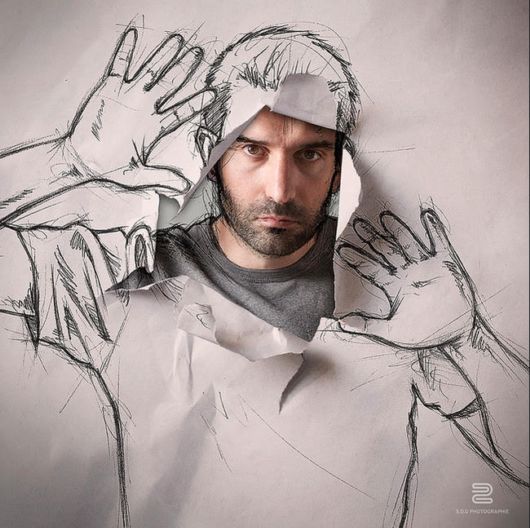 Sebastien del Grosso was always interested in drawing as a child. Later, he would get into photography with the same passion. Eventually, he decided to try and combine the two artistic mediums and create a unique way of creating expressive self-portraits. “I thought that the combination of these two passions would allow me to give free rein to my imagination,” he says.

Del Grosso’s self-portraits combine, as you might imagine, photos and rough, sketchy lines. Sometimes, the photos are straightforward. Other times, they are digitally manipulated to include extra limbs or even extra selves. The sketchy lines are added in later, which allow del Grosso to create surreal images that, he explains, capture his emotions better than a sketch or a photo alone.

He stars in all of his work, sometimes more than once! 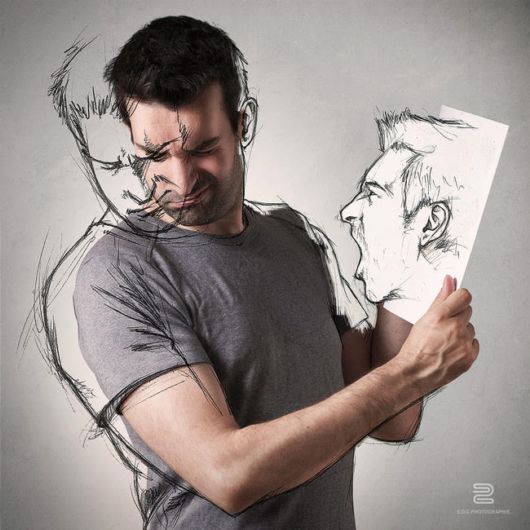 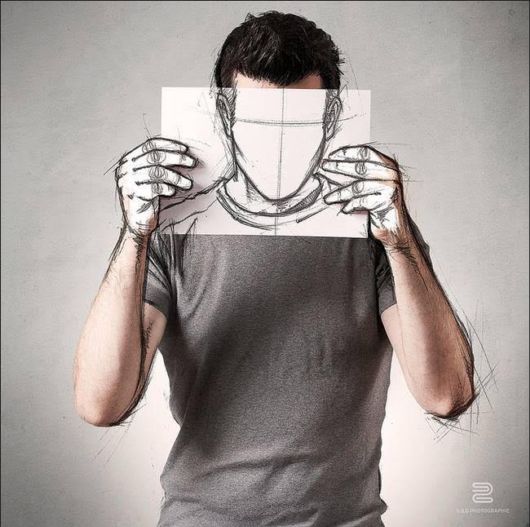 To create the images, del Grosso photographed himself at home in natural light. He then prints the images and sketches over them. Finally, the photos and the sketches are combined in Photoshop and edited until the completed image is created to del Grosso’s satisfaction. The results are seamless images of del Grosso experiencing a range of human emotions, from stress to inspiration. Some are darker in theme, and some are humorous. 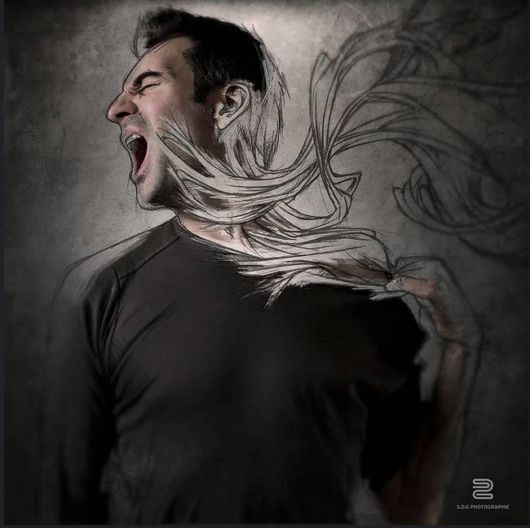 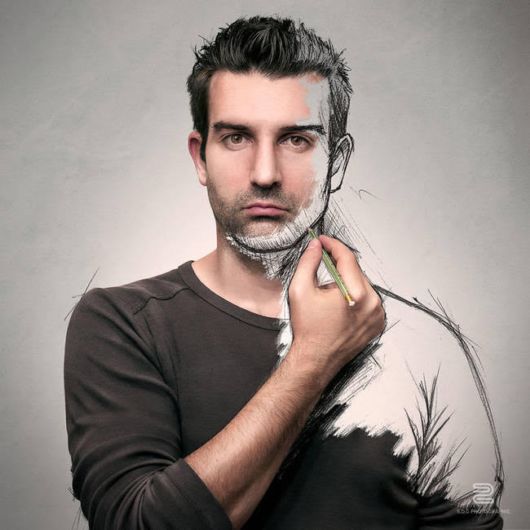 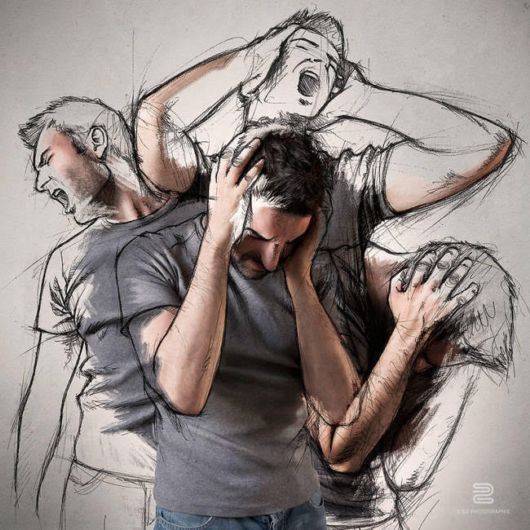 Del Grosso uses these images to capture his feelings and emotions, as well as important milestones in his life. This includes the birth of his daughter, who guest-starred in this picture… 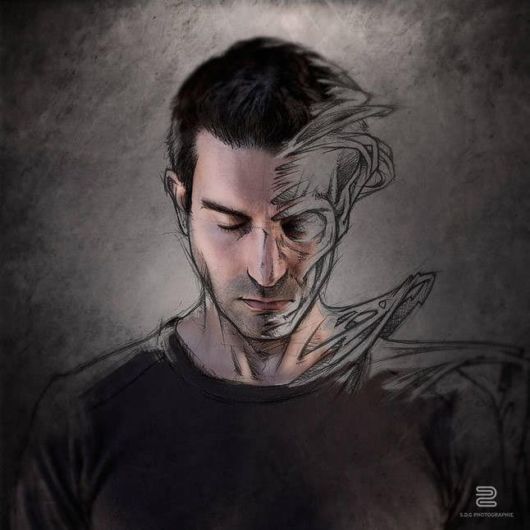 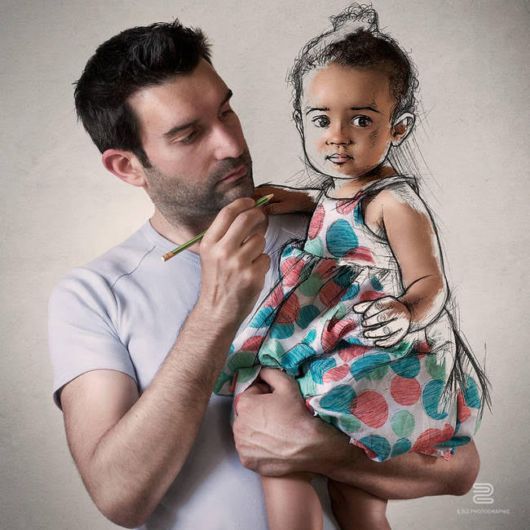 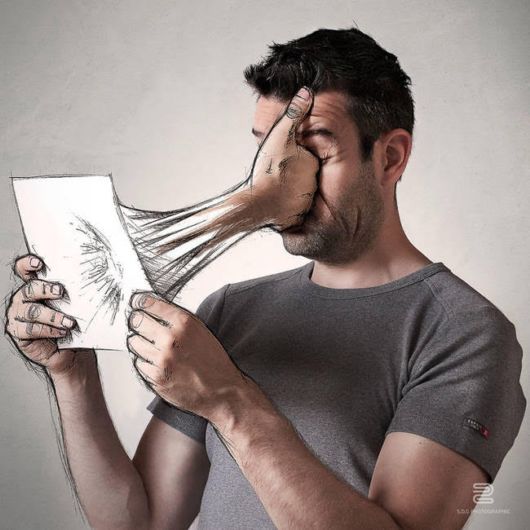 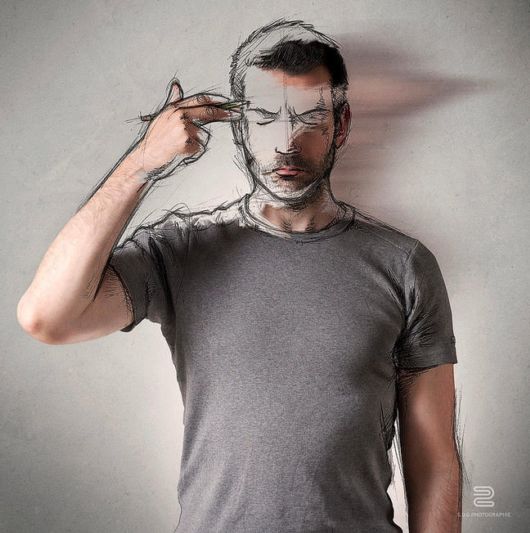 …and his friend, who lent his skill to this one.

In addition to this series, titled The Sketch of a Life, del Grosso also works with photography and graphic design. You can see more of his work on his Flickr and Behance pages, and keep up with his latest projects on Facebook. If you’re interested in creating your own photo-sketch hybrids, you can also check out his online tutorial for creating images like this.