Artist Paige Thompson had a foxy idea when she puckered up in front of the mirror and started to paint these amazing animal designs – on her own lips.

Now her unique take on face-painting has become an Internet sensation, attracting thousands of followers to her website and sparking demand for new creations.

The 21-year-old was feeling bored when she stumbled across some Halloween make-up she had as a child and began to paint colourful and cute animals on her mouth before photographing them. 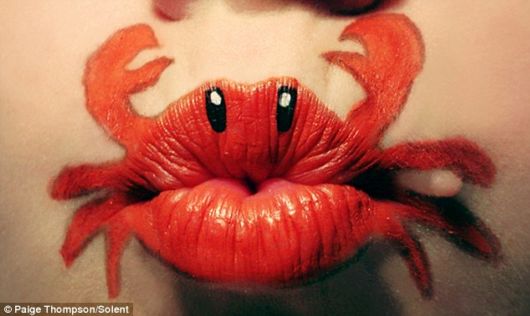 A red crab: Paige takes half an hour in front of a mirror to paint each creation 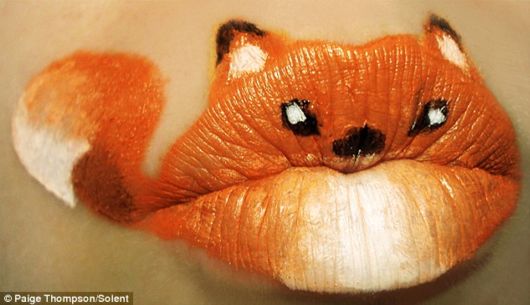 A red fox: An early creation and one of Paige’s favourites 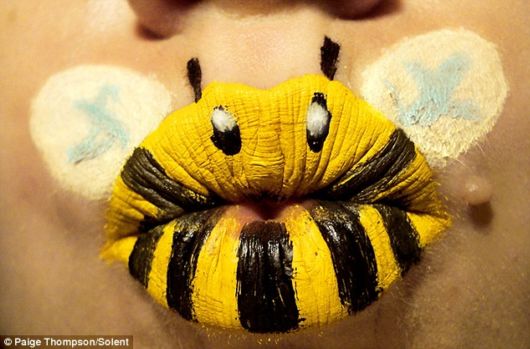 A bumble bee: The first of Paige’s ‘Animal-ipstick’ creations

She started with a bumblebee, then a fox, and as her menagerie grew she christened them ‘Animal-ipsticks’.
Paige takes half an hour in front of a mirror to paint each creation, starting with a base colour and adding details such as stripes, eyes and ears.
So far Paige has created a bumblebee, black cat, fox, crab, caterpillar, hippo, chameleon and panda, sticking to a basic pallette of red, blue, yellow, green, black and white.
Her childhood set of water-based paints came with a small brush but she has since bought other brushes to allow her to get better detail. But she refuses to spend money on expensive branded make-up. 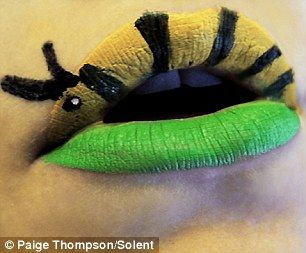 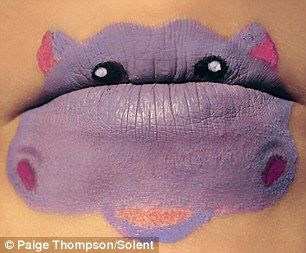 A caterpillar and a hippo: Paige starts with a base colour and adds details such as stripes, eyes and ears

A panda: ‘There are so many animals I don’t think I’ll ever run out of ideas,’ says Paige

Paige, from Texas, was inspired to try her own lipstick art after admiring the face-painting of other artists.
‘I had virtually nothing to do around the house, so I tried my luck with some old Halloween face paint that we had used since I was a kid,’ she said.
‘My first animal-lipstick, the bumblebee, wasn’t even formed as an idea until I painted my lips yellow and added some random black stripes. It was then apparent that a face was needed.
‘I thought the result was cute, so I made a few more. I never imagined so many people would love these photos.’ 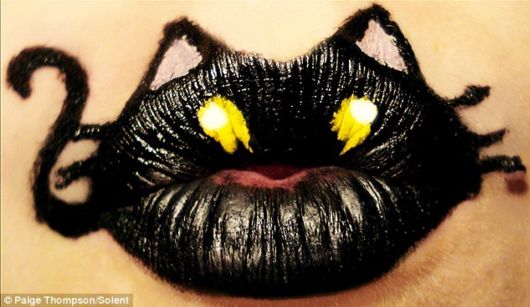 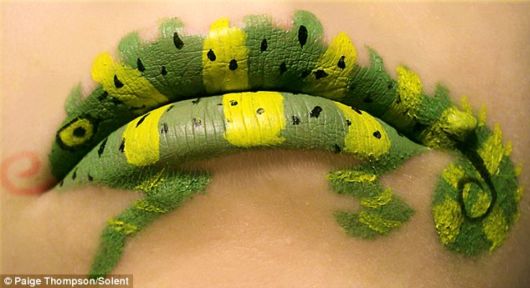 A colourful Chameleon: ‘Animnal-ipsticks’ stem from boredom and an old set of Halloween paints

Paige continued: ‘I chose to do animals because I had already done the bumblebee, so I thought I could expand upon the animal kingdom.

‘After all, there are so many animals, I don’t think I’ll ever run out of ideas.

‘My personal favourites are the bumblebee and the fox since those were two of my first, and most adorable, Animal-ipsticks.

‘I’m not a huge makeup fan, but I am an art student and working with different mediums is fun and comes naturally to me.’

The next animals in line for Paige’s lip-smacking treatment are be a jaguar, zebra, monkey, parrot and a dog. 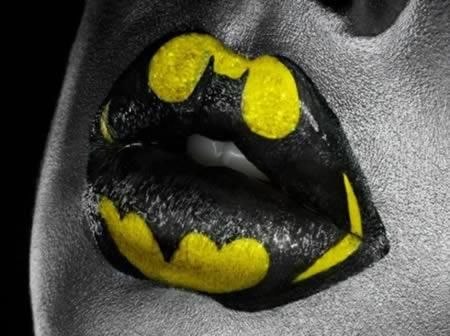 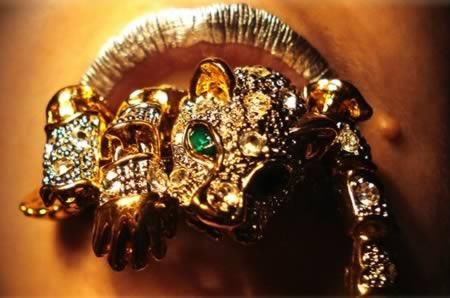 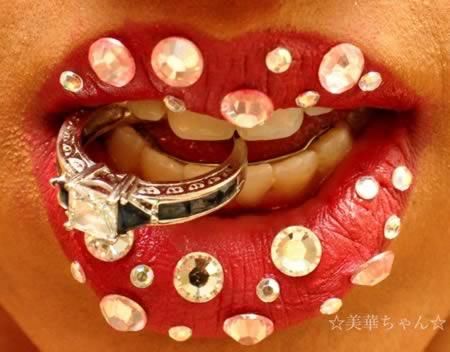 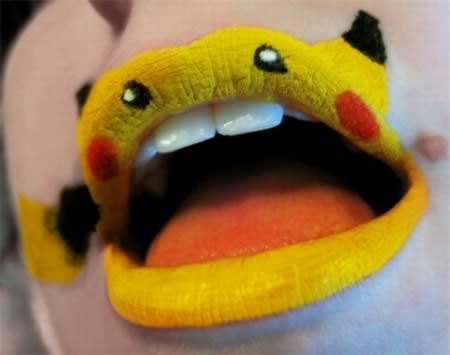 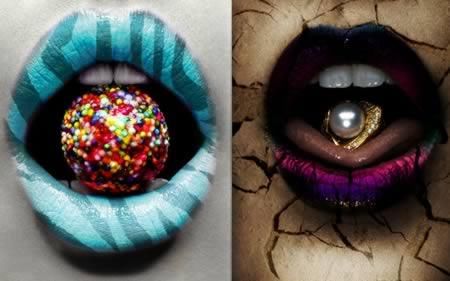 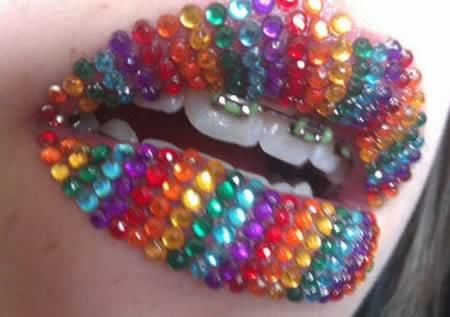 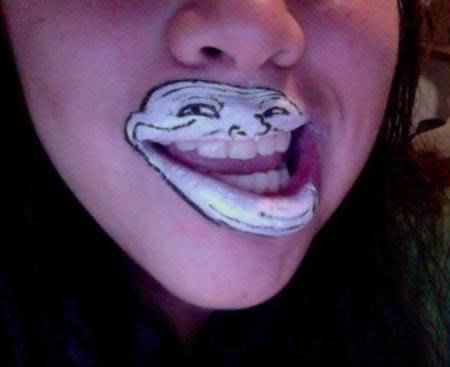 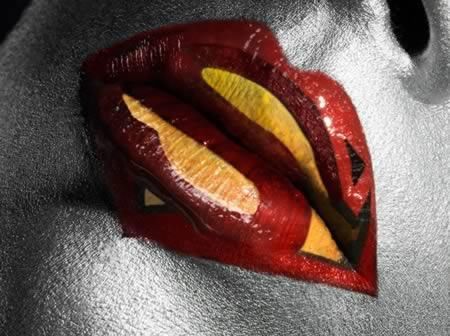 Another creation from Jonathan Knowles and Celine Nonon. 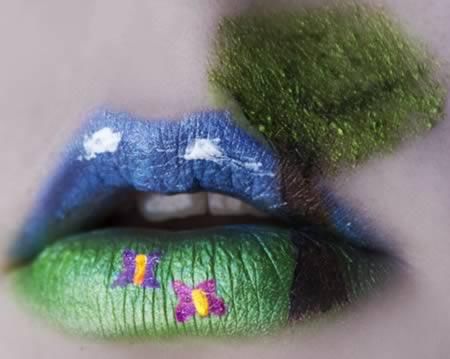 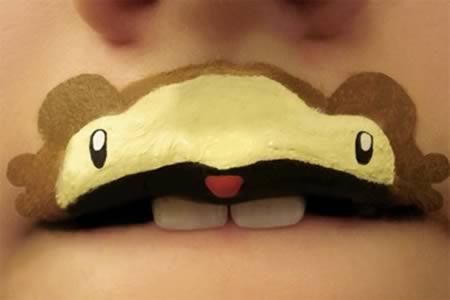 Very amusing one by makeup artist and deviantARTer, Paige Thomas. 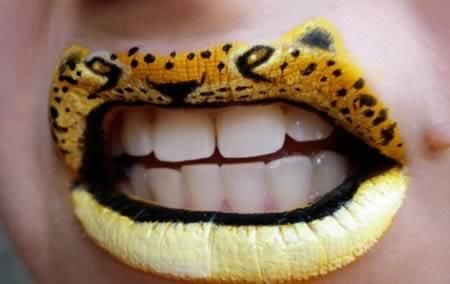 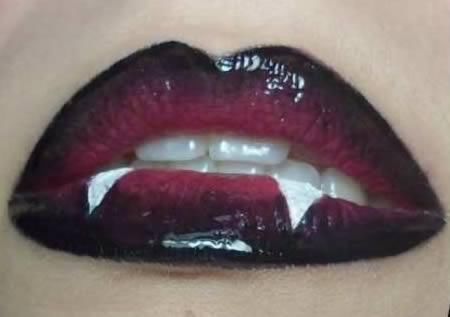 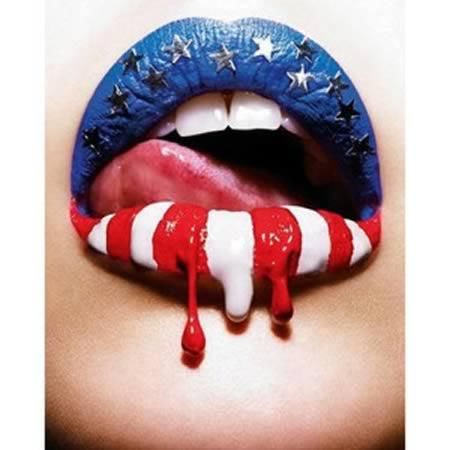