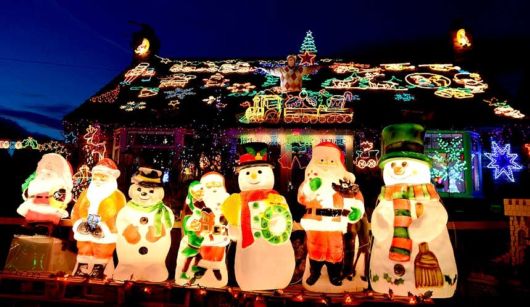 Let It Glow! Homeowners put on a dazzling display of Christmas lights

Across the globe, electricity generators are working overtime as domestic households put on a dazzling display of Christmas lights. Here are some of the spectacularly festooned festive homes from the British Isles and abroad.

Here, Eric Marshall, of Bagby, North Yorkshire, spends up to three weeks erecting his display of Christmas lights which he has amassed over 20 years…. 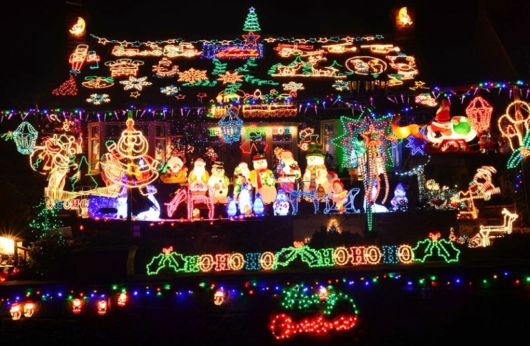 ….Eric’s house is barely visible behind a glowing display of neon Santas, snowmen and penguins…. 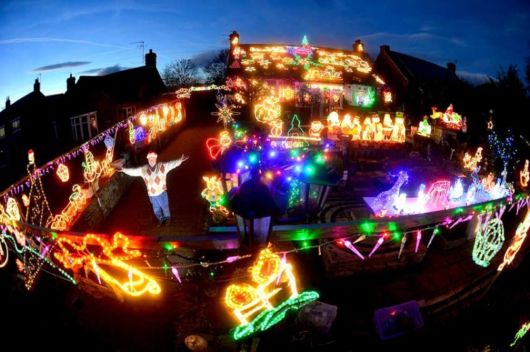 …. and 73-year-old Eric is delighted to show off his hard work 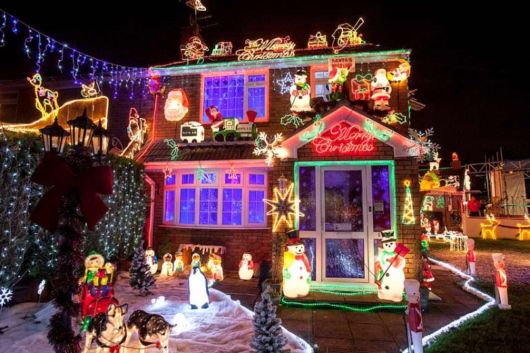 Lee and Paul Brailsford turn their house into a winter wonderland every year for charity. This year, they are raising money for Bristol Children’s Hospital charity, Wallace & Gromit’s Grand Appeal 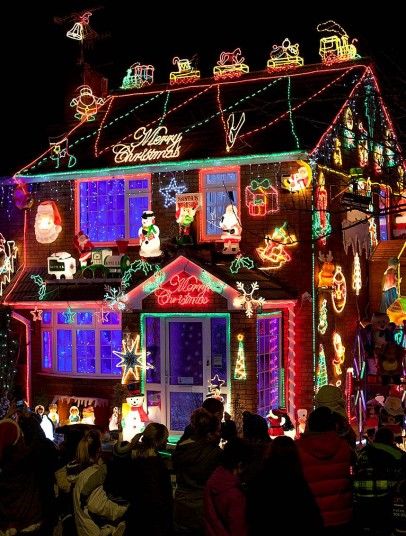 Hundreds of people came out to the Brailsford’s home in Brentry, north Bristol, to see them switch on their charity Christmas lights 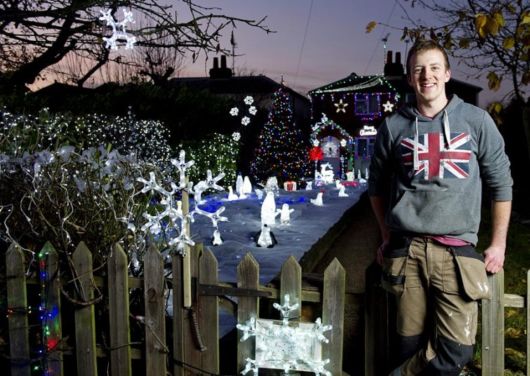 Bill McWilliams and his family from Chalfont St Giles, Buckinghamshire, have decorated their whole garden with Christmas lights and even a snow machine to attract people to donate for the Help for Heroes charity 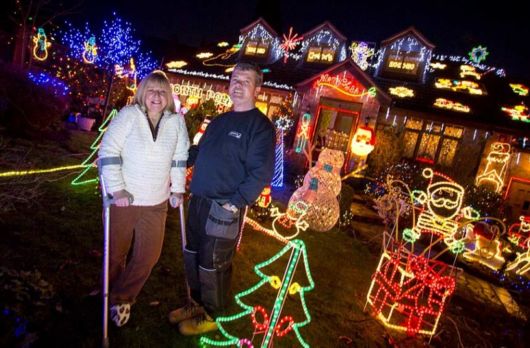 Wendy and Malcolm Molly from Alcester Road, Finstall, Worcestershire, have decorated the whole of their house, front garden and roof with Christmas lights and decorations, also to raise money for charity. The Molly’s will give their donations to the local Primrose and Children’s Hospices 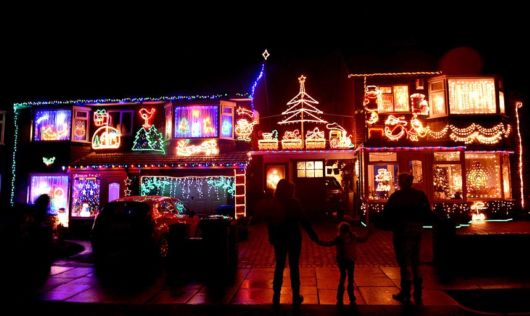 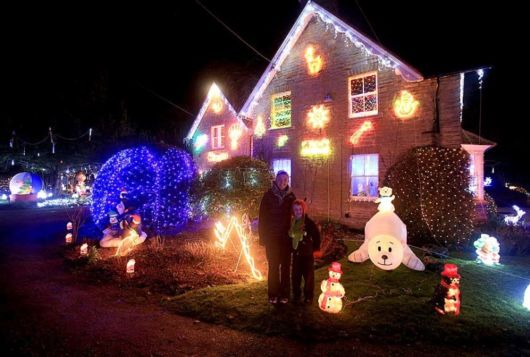 Accountant Michaela Swadling-Stickler, 39, has covered her leafy country pile in upmarket Malmesbury, Wilts., with a dazzling display of more than 120,000 illuminations. The £800,000 four-bedroomed house and 0.75 acre grounds have been brought to life after Michaela and her brother spent three months putting up the festive display. Mother-of-one Michaela drafts in a firm of electricians who spend two days checking it works properly 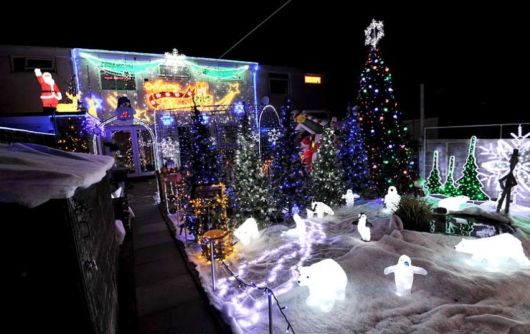 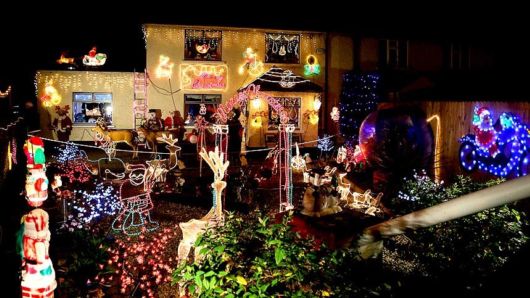 Meanwhile, over in the Emerald Isle, it’s more than just Irish eyes that are smiling. Father Christmas shouldn’t have any problems spotting this house in the Bath Avenue area of Dublin…. 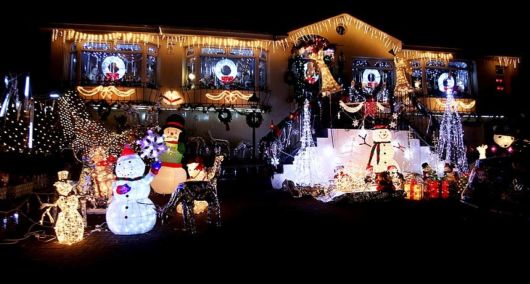 ….and there are snowmen galore at a home in Dalkey, Dublin… 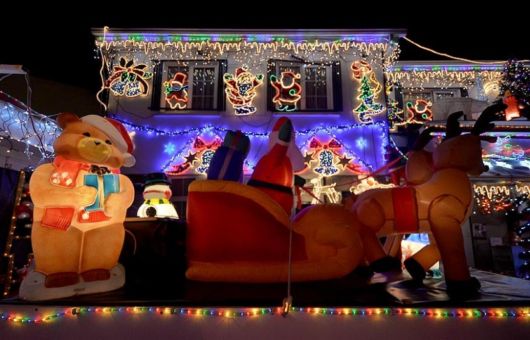 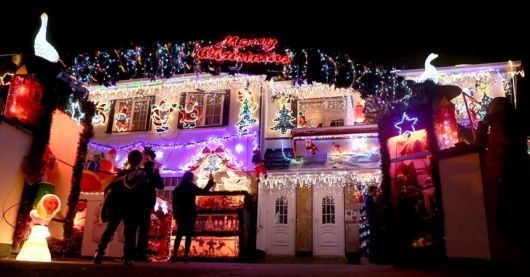 ….whilst it may be advisible to take your sunglasses with you if you’re passing this festive house display, also in the Artane area 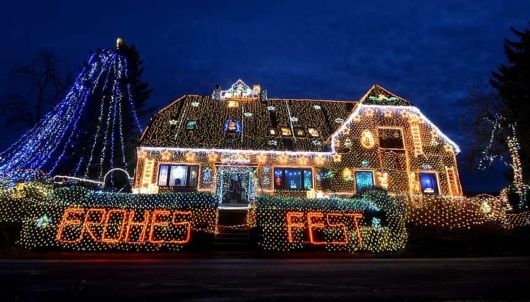 Over in Germany, Rolf Vogt has amassed a staggering 450,000 Christmas lights since 2000 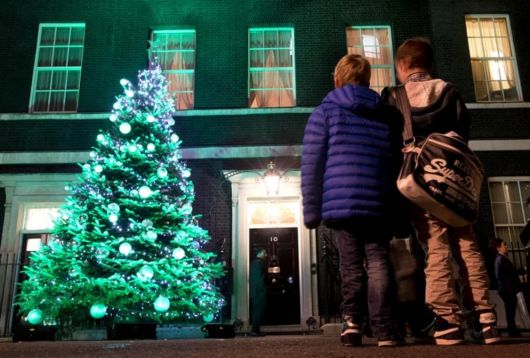 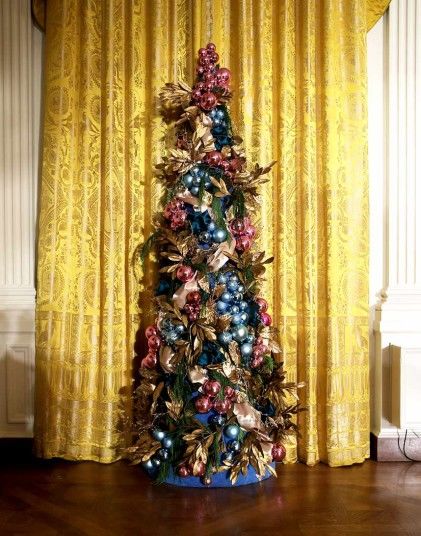 It’s coming to something when we’re outdoing the USA in the glitz and glamour stakes, but if this Christmas tree in the East Room at the White House is anything to go by, Michelle and Barack Obama need to up their game…… 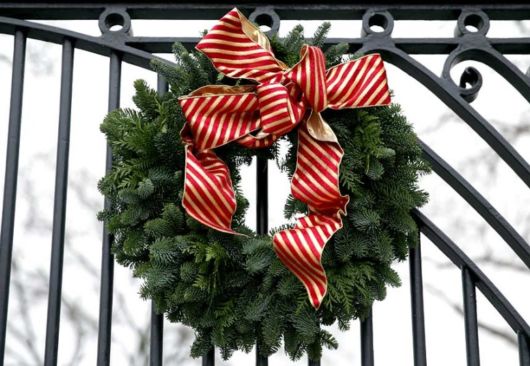 …..especially after seeing this wreath outside their official residence.