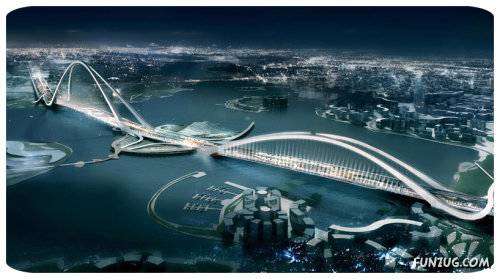 Dubai is the Tetsuo of cities, expanding so fast it?s on the verge of creating of its own universe. And architecture that looks like it?s from the 22nd century only adds to the sheer grandeur of its growth?this bridge, envisioned by NY architecture firm Fxfowle, will be the largest and tallest arch bridge in the world, at one mile long and 670 feet tall.

Construction starts next month and is due to wrap up in 2012 after running some $817 million dollars. World?s first vacuum tube mass transit system will launch in Dubai shortly thereafter. 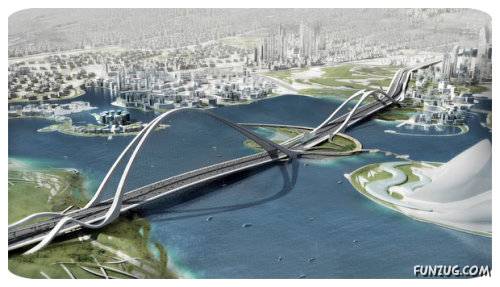 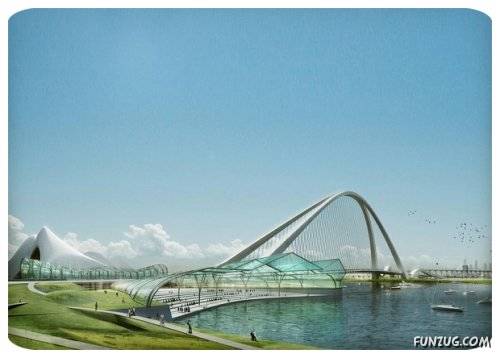