OakOak is a street artist from Saint-Étienne, France, whose playful diversions bring smiles to those who come across his work. The Outsiders Gallery sums up his style nicely: 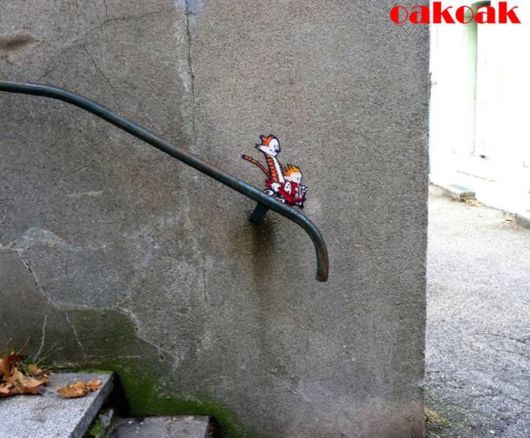 OakOak is a street artist, but he is not a fine artist painting in public. His work, either on the streets of his native St Etienne, France, or made on his travels, is opportunistic and never ?authorised?. He is completely untrained in art and works full-time in an office. Whilst his favourite artist is Amedeo Modigliani, he cites his main influences as football, comic books, video games and his home town. ?I like this city, her atmosphere? OakOak says of Saint-Étienne ?and I wanted it to look nicer. It was an industrial city with many coal mines; now it?s in regeneration and still quite poor. But it?s easily travelled by foot with awkward aspects ideal for art. I saw shapes everywhere, and wanted to realise them. 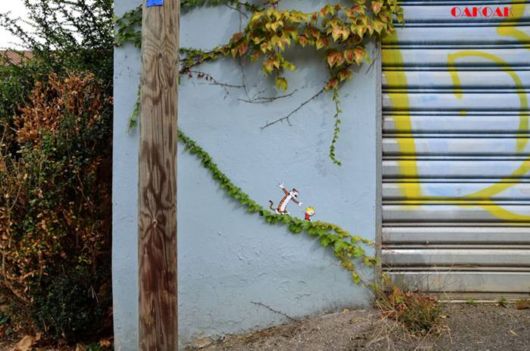 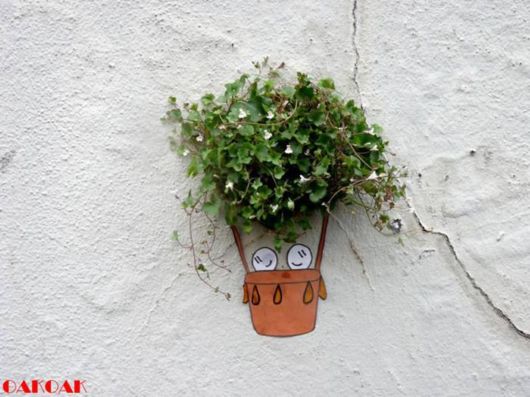 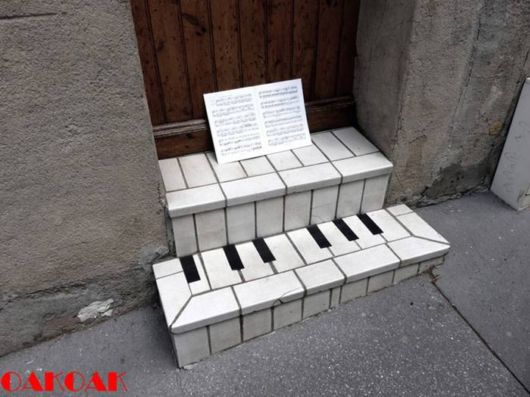 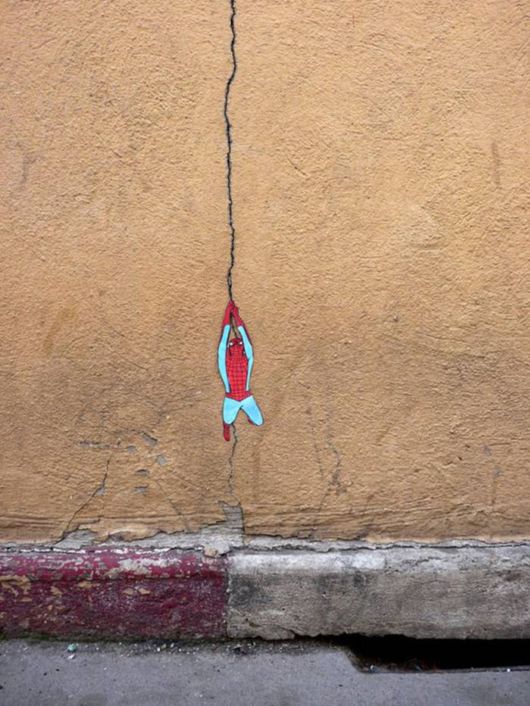 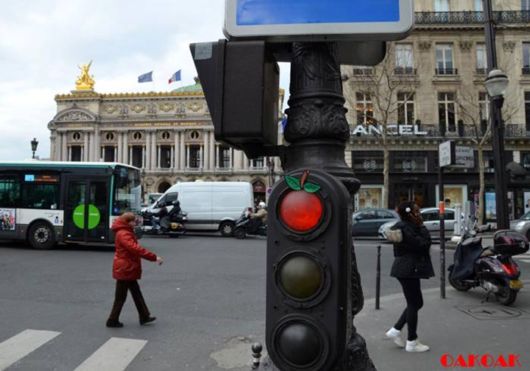 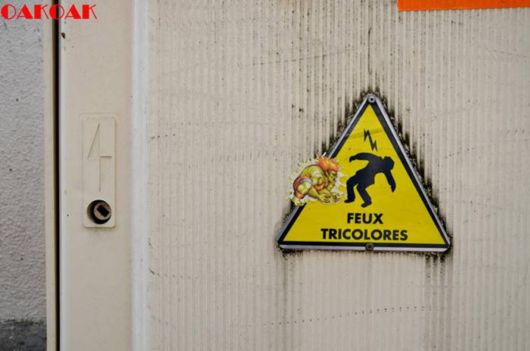 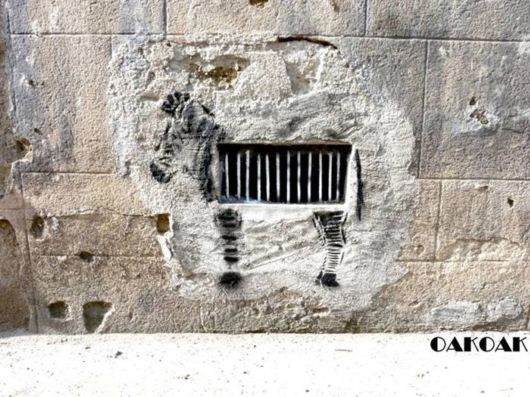 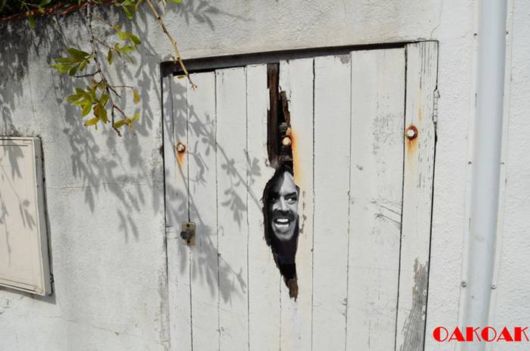 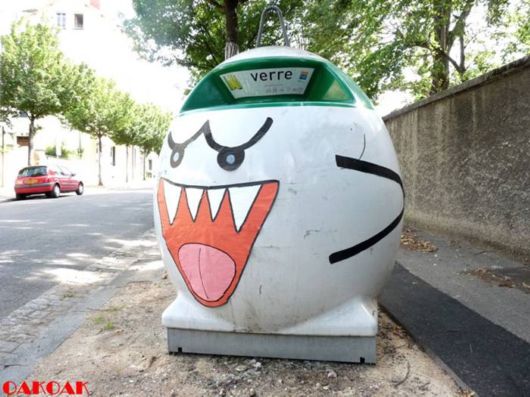 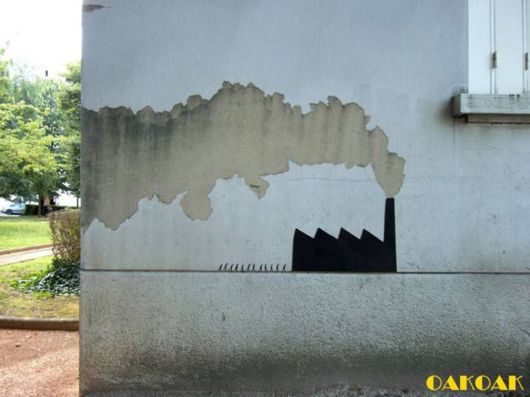 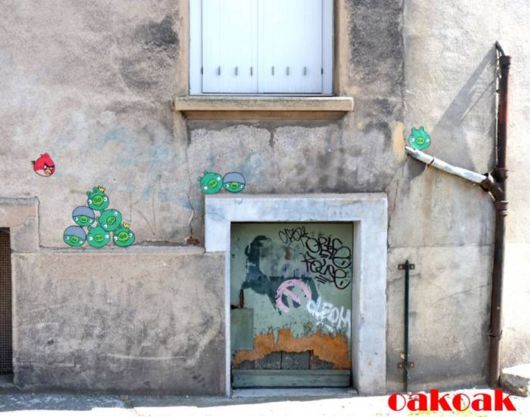 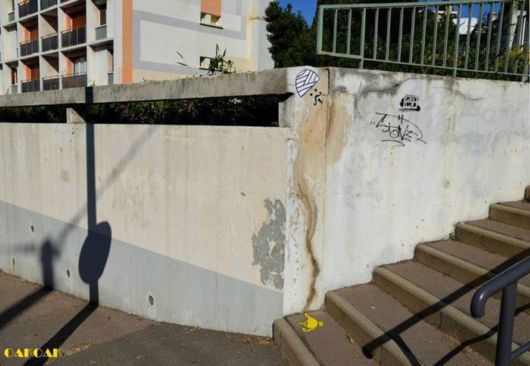 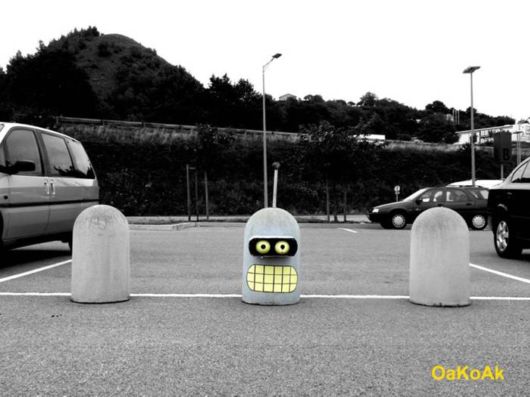 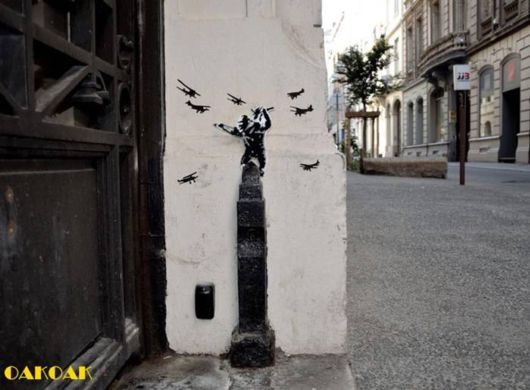 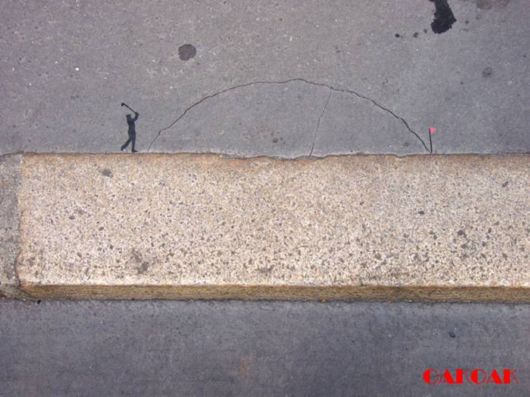 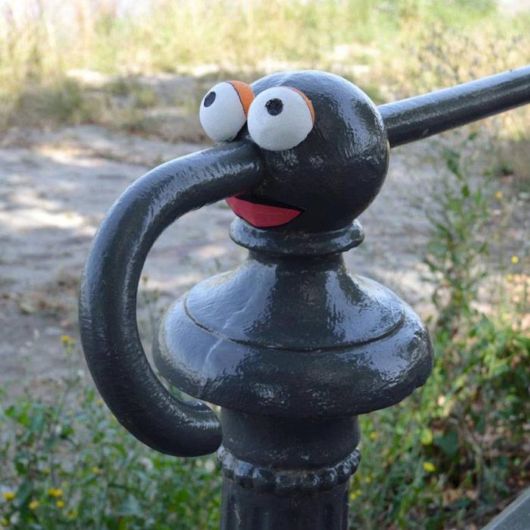 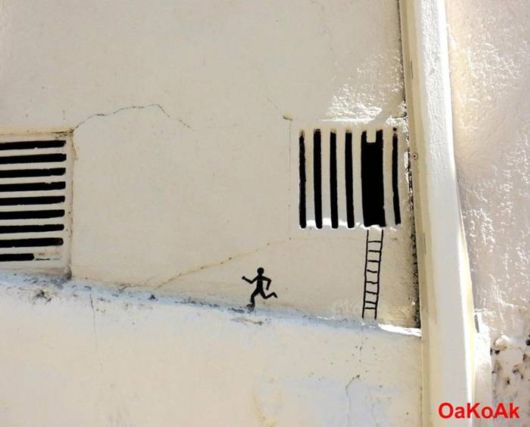 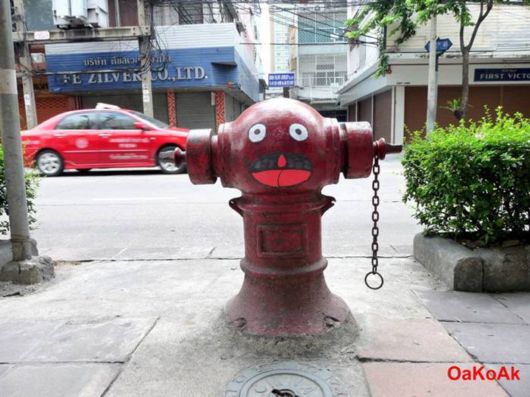 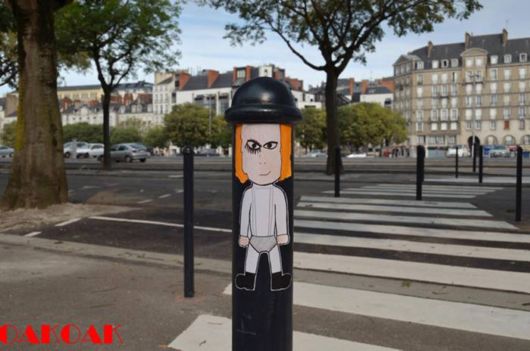