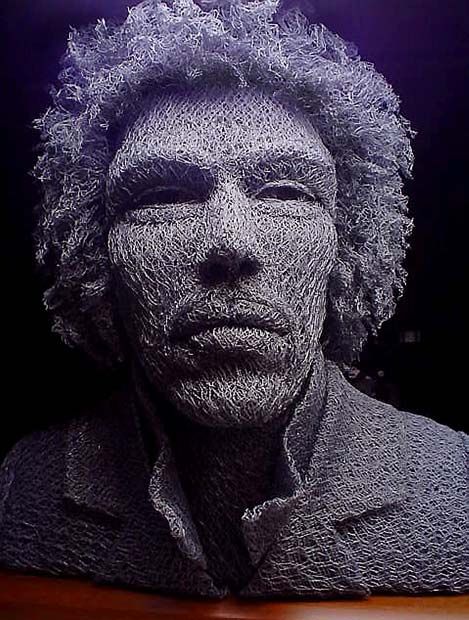 An artist has recreated the faces of music legends the Beatles, Michael Jackson and Jimi Hendrix (above) using nothing but chicken wire. The lifelike pieces each take more than a month to create by painstakingly twisting and pinning the wire into shape 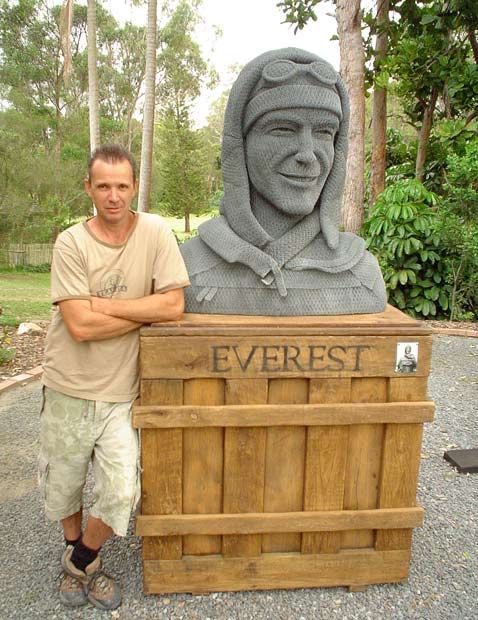 To date, artist Ivan Lovatt has built up quite a collection of famous faces – from musicians to entertainers and explorers. Here Ivan stands next to one of his favourite sculptures, Mount Everest hero Sir Edmund Hillary 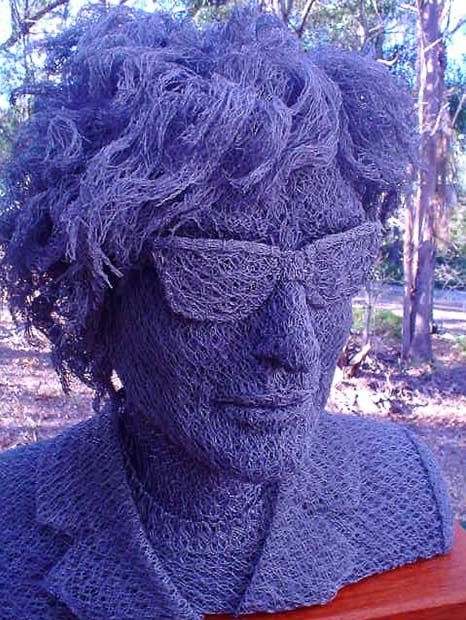 One sculpture, of musician Bob Dylan, is modelled in such exquisite detail you can almost see every hair on his head 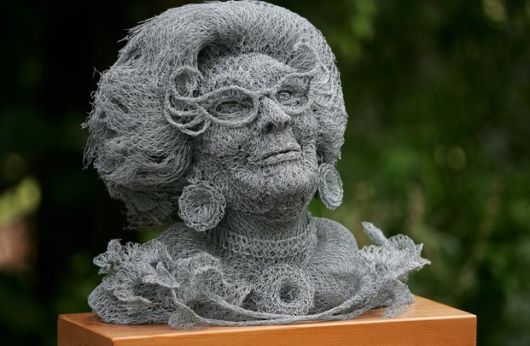 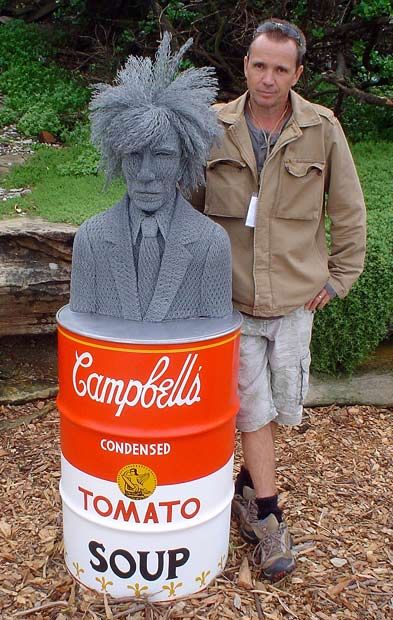 Mr Lovatt, who lives in the Gold Coast Hinterland, Australia, with his wife, April, and son, James, said his art was time consuming but satisfying. He explained: "Sculptors are always looking for new media and novel ways to use what is available. I had used chicken wire many times to give structure to other types of sculpture. I then started using the wire to sculpt wildlife and as my skills developed I was drawn to the challenge of portrait sculpture". Ivan Lovatt with his sculpture of Andy Warhol 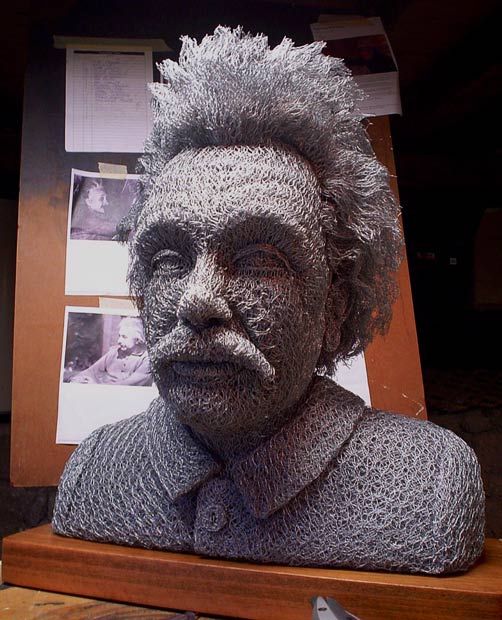 According to Mr Lovatt, the ‘average’ sculpture is one and half times larger than life size but they can measure up to an impressive 14 feet. And the largest of his pieces can be made of up to a staggering 820 feet of chicken wire. Pictured: Albert Einstein 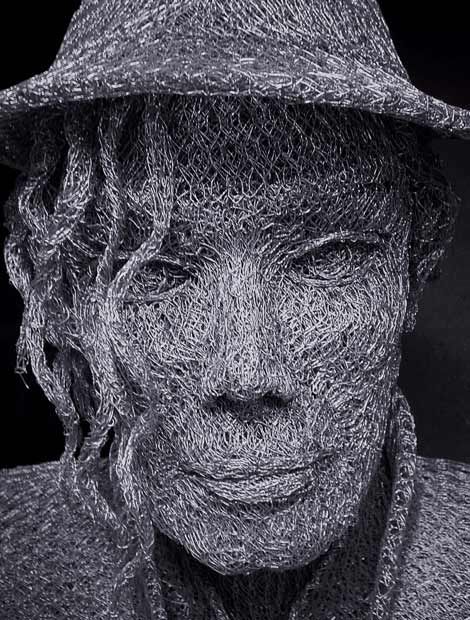 Mr Lovatt said he preferred modelling people who had a great deal of character in their faces as well as big beards and extravagant hairstyles. Pictured: Michael Jackson 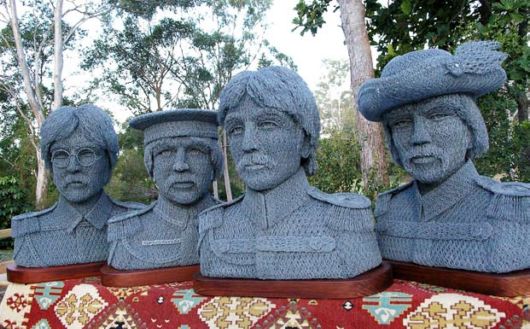 Mr Lovatt became a professional sculptor six years ago and since then his extraordinary work has been snapped up by galleries and museums all over the world. Pictured: The Beatles 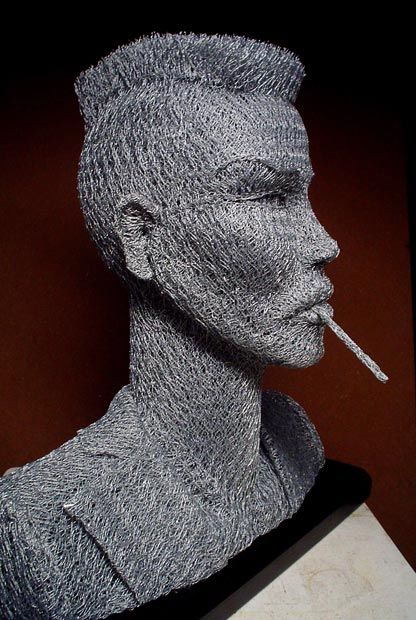 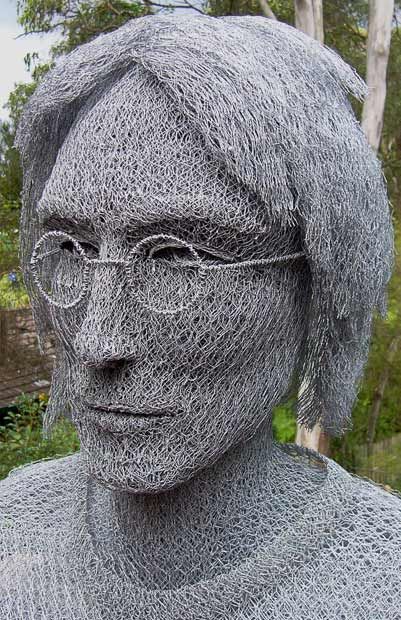