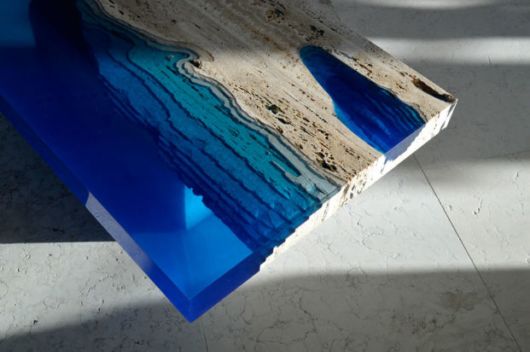 The humble table has been around for thousands of years and has stood the test of time in it’s most traditional form, a table top supported by four legs. Because of this you might imagine that it’s pretty hard to reinvent such a thing or at least give it a twist, but that’s exactly what Alexandre Chapelin of La Table has done.

Using marble and resin the artist has created tables that mimic the topography of river beds and lagoons that slowly cascade into the deep blue. Chapelin hadn’t always been a designer, although he was creative from a young age and used to model with clay as a child it wasn’t until later in life that he began to experiment with marble and resin. You can find out more at latable.house and Facebook. 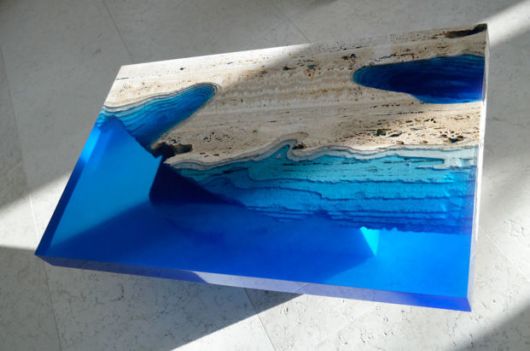 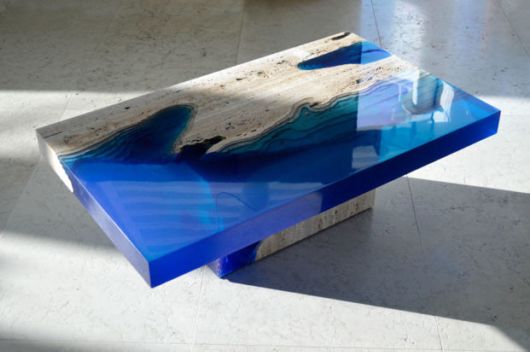 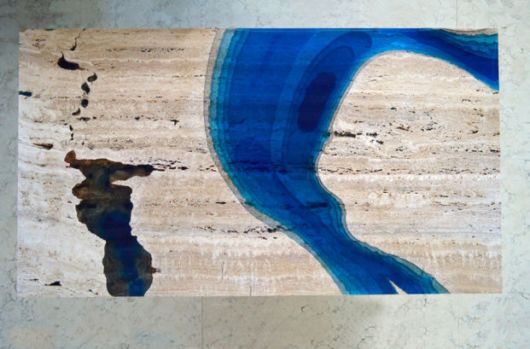 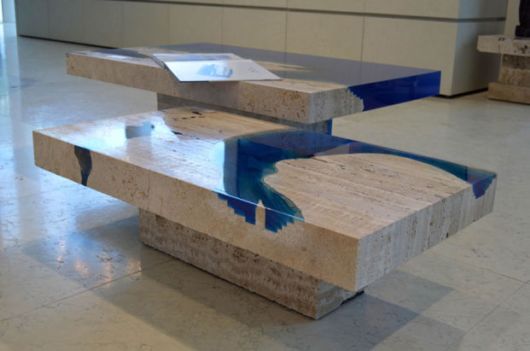 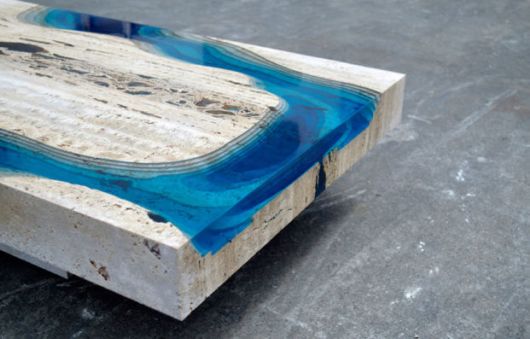 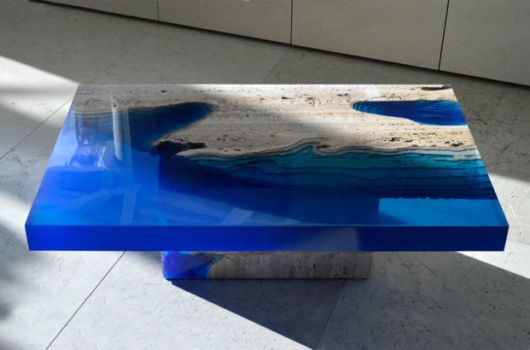 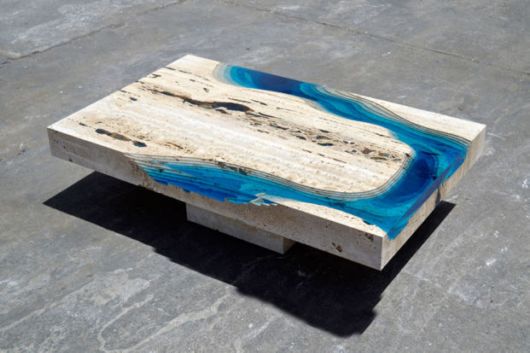 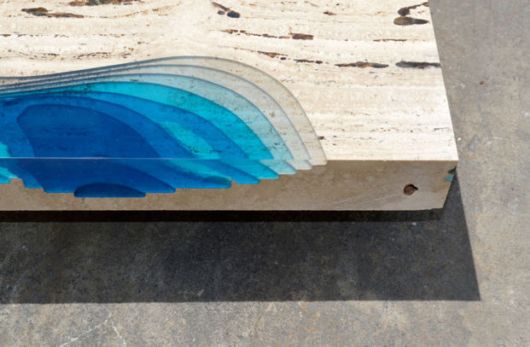