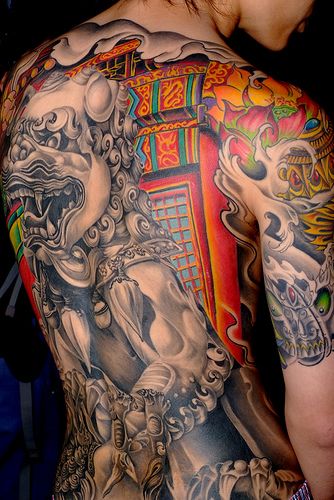 Decorated the body has been a habit of humanity for thousands of years, and these decorations can be artistic enough to leave the onlooker gasping in amazement. Often the wearer of the tattoos is making a statement of some sort. Indeed, the very word tattoo is said to stem from the Polynesian word â??taâ?? meaning â??striking somethingâ?? and Tahitian word â??tatauâ?? meaning â??to mark somethingâ??. 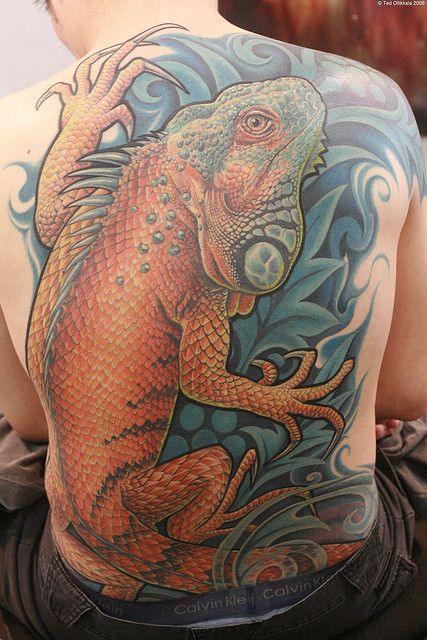 Tattooing involves the insertion of colored materials beneath the skin surface. Original tattoos may have been the result of accidents, such as rubbing small cuts with hands still covered in soot or ash, which color remained in the skin when the wound healed. Russian researchers unearthing tombs in the south of Siberia during the 1940s found 2,500 year-old mummies with tattoos of animals and monsters. It is believed that the more complicated the tattoos were, the more social status the wearer had. The Egyptians too, were responsible to a large degree for the spread of this practice around the world. By 2,000 BC tattooing had stretched out all the way to southeast asia.
Earliest evidence of tattooing in Japan comes from clay figures with faces painted or engraved in
representation of tattoo marks. the oldest recovered from tombs dated to at least 3,000 BC. These statues acted as stand-ins for living people who symbolically journeyed with the dead into the unknown. Tattoos may have had religious or magical significance. First written record of Japanese tattooing is from 297 AD. They regarded tattooing as high art. Japanese tattoo artists, known as the Horis, were the undisputed masters of the craft, and the classic Japanese tattoo, is a full body suit. Polynesian tattooing, however is considered by real tattoo lovers to be the most intricate and skillful. Polynesian people believe that a personâ??s mana â?? their spiritual power or life force â?? is within their tattoo 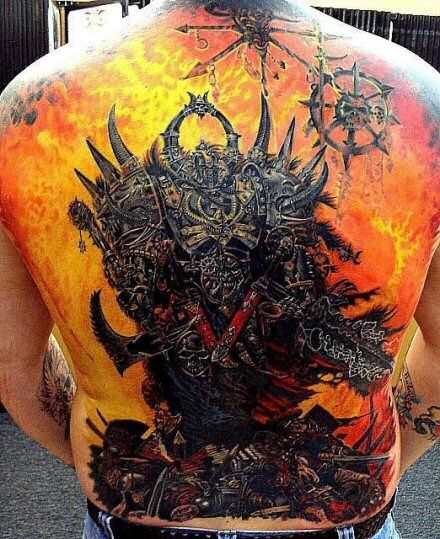 These often elaborate geometrical designs were added toand embellished throughout the life of the
individual until they covered the entire body. Samoan traditions of applying tattoo by hand were always dependant upon rank and title. Tattooing ceremonies, conducted at the onset of puberty, were elaborate affairs and a key part of their journey to leadership. First Europeans to see this were from a 1787 French expedition, who reported that â??the men have their thighs painted or tattooed in such a way that one would think them clothed, although they are almost nakedâ??. 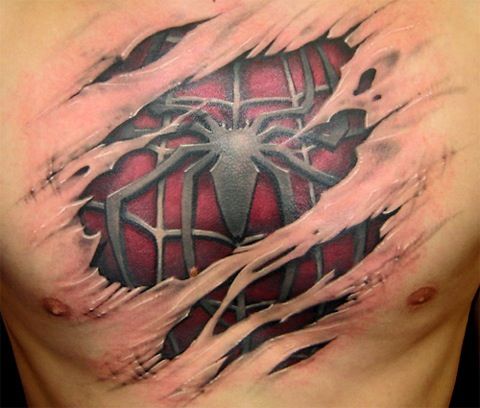 American Indians also revered tattoos. Several tribes employed them for signifying bravery or status, while Eskimo Innuit women had chins tattooed to indicate marital status and group identity. First tattoo shop in New York opened in 1846, and Samuel oâ??Reilly invented the electric tattooing machine in 1891. Sailors have always it seems, loved having tattoos. After Captain Cook returned from his Polynesia trip, tattooing became a tradition in the British navy. King Edward VII received his first tattoo â?? a Jerusalem cross â?? on his arm in 1862, when still Prince of Wales, starting a fashion among the aristocracy. In 1882, his sons, the Dukes of Clarence and York, received tattoos by the Japanese master, Hori Chiyo. 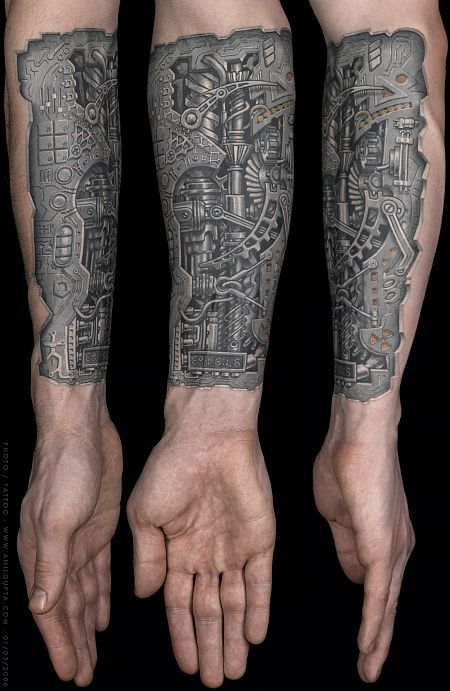 Hawaiian traditional tattoo art served not only for ornamentation, but as they believed, also to guard their health and spiritual well-being. Very complex patterns, mimicking woven reeds or other natural forms, graced menâ??s arms, legs, torso and face. Women were normally tattooed on hands, fingers, wrists and sometimes on tongues. 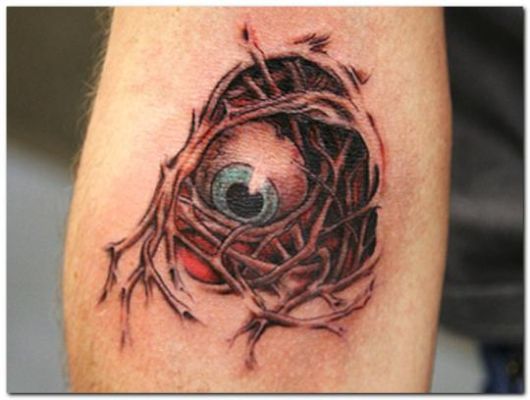 Maoris in New Zealand used their woodcarving skills to create fantastic tattoos.The full-face â??mokoâ?? was a mark of distinction, telling of their status, lines of descent, tribal affiliations, and it recalled the wearerâ??s exploits in war and other great events of their life. In Borneo tribal tattooing is still today as it has always been. Their designs form the basis of what the western people call â??tribalâ?? nowadays. 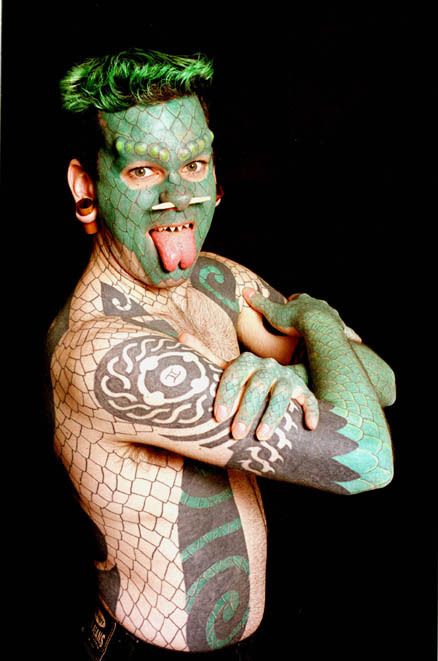 Persian women saw tattoos as exotic beauty marks. Roman slaves and criminals were tattooed,
those slaves exported to Asia tattooed with the words â??tax paidâ??. Both Greeks and Romans used tattooing as punishment. When emperor Constantine rescinded the prohibition on Christianity, he also banned tattooing on faces â?? common among convicts, soldiers, and gladiators â?? believing the human face representation of godâ??s image, not to be disfigured or defiled. 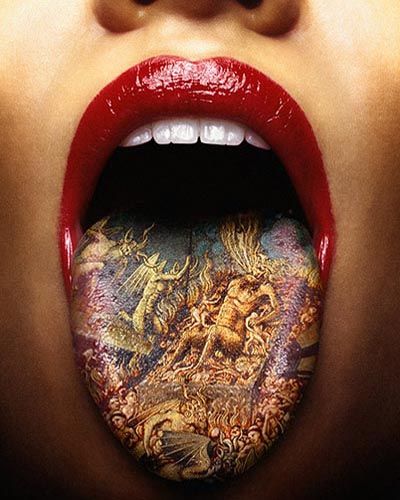 Early Celtic culture revolved around body art, done with Woad, leaving a blue design on the skin. Spirals were common, and lines forming complex braids which weave across themselves symbolize the connection of all life. The body of a 5,000-year old tattooed man -â??Ã¶tzi the ice manâ??- was found in 1991, embedded within a glacier in the Austrian alps. This corpse has 57 tattoos, possibly medicinal in application, comprising a cross on the inside of the left knee, six straight lines above the kidneys and numerous parallel lines on the ankles. 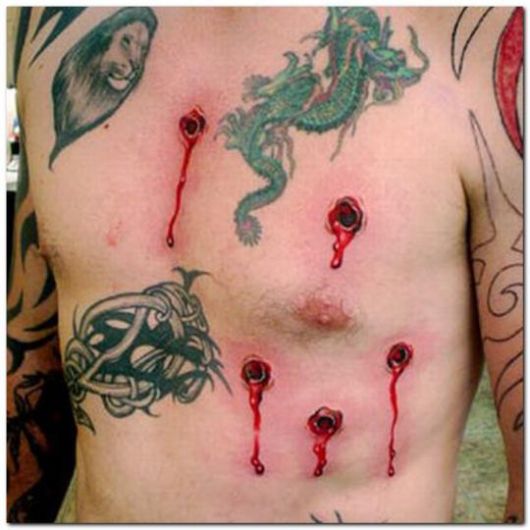 11th century tattooed Inca mummies were unearthed in Peru. It is true to say that natives of this region see tattooing as a badge of courage. On arrival in Mexico in 1519, Cortez discovered the natives not only worshiped devils in the form of statues and idols, but had also imprinted images of these â??falseâ?? idols on their skin. The Spaniards, knowing nothing of tattooing, thought it to be the work of the devil.. 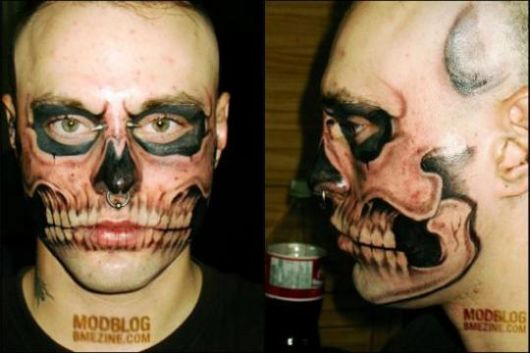 Bizarre and sometimes beastly as this body art can be, it is as old as civilization, and more popular today than it ever was in the past, with every celebrity having at least one tattoo somewhere. Every picture tells a story, they say, and some really can speak volumes about the person wearing it..