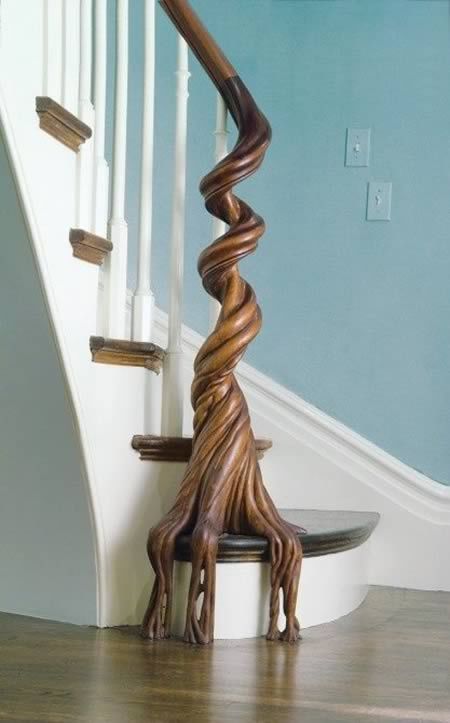 Mike Kennedy is a master of his craft. In eight hundred hours of careful work, he carved this banister for a Nineteenth Century home in Cambridge, Massachussetts. He modeled it after the roots of the strangler fig, a type of tropical tree. 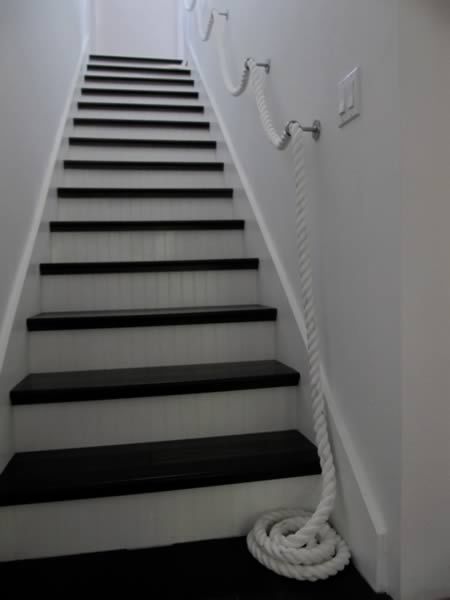 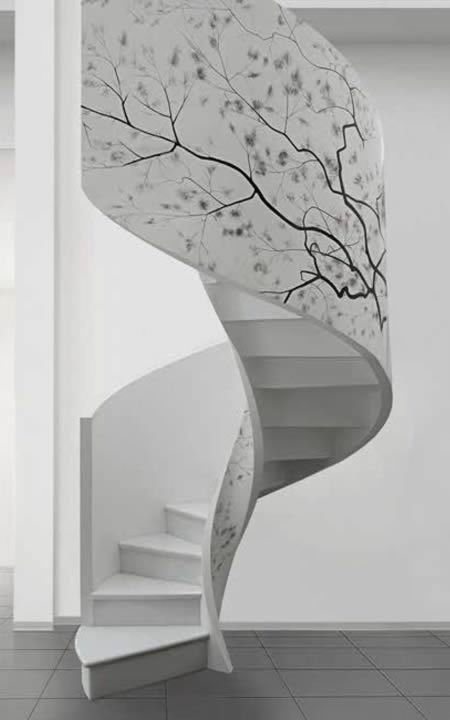 Produced by Edilco this cement staircase with a colored banister is a great decorative solution for any modern interior. It consists of prefabricated elements that usually are assembled on the site. 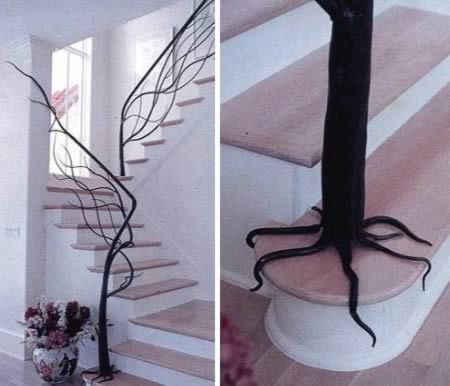 Something about the shape of a branch lends itself to a number of creative sculptural interpretations of its form in the crafting of custom handrails, from roots and trunks to individually articulated branches. Companies like Imagination Metals specialize in twisting metal ? something we usually see in perfectly straight or rounded forms ? into organic shapes of all kinds that become like sculptures ? interior artworks in their own right.

This extreme staircase represents a unique, asymmetrical work of functional art ? each is installed in an actual London home, but based on three-dimensional computer modeling and created using laser-cut materials.

Everything about this design by architect Alex Haw of Atmos is warped, bent and twisted, from the treads and risers up through the balusters and banisters. I wouldn’t want to be drunk and have to walk up these stairs! Or down for that matters. But I sure as h*ll like the design! 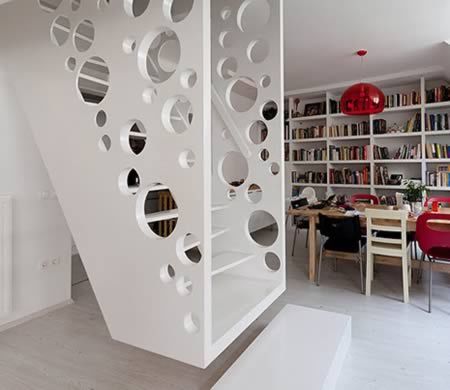 ?The Emmental stairs was designed for a young creative family with an equisite design taste and an eye for details and their two children. They were just starting the refurbishment of their apartment and wanted interior stairs that would harmonize with the historic ambiance of the apartment and their aesthetic requirements, but also add an extra touch to their living space.? 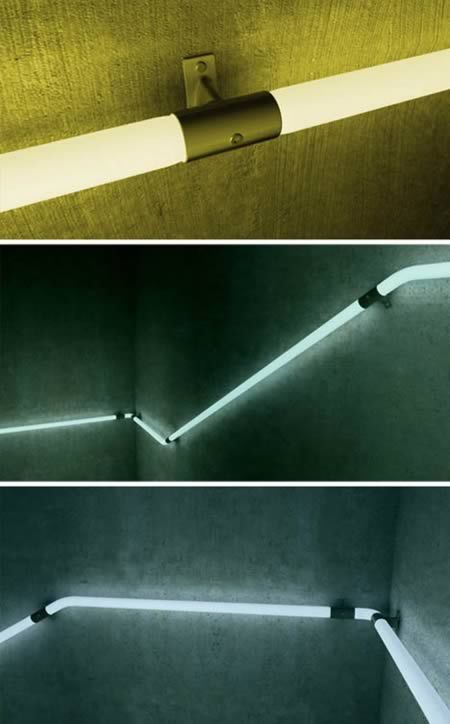 Ever notice how brightly-lit stairways are? This is obviously for safety reasons, but less obviously, each and every last corner needs to be illuminated to make sure you don’t step into (and trip within) a stray shadow.

Since railings are also essential elements for safe staircases, it makes sense to let them light each tread and riser while also providing visual guidance for landings and other directional changes. 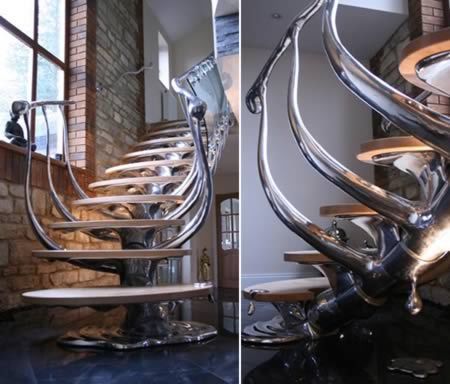 Most free-spirited architectural and interior designers dread the confines of code, dictating that they must put this here or that there for safety reasons. Railings are not, however, the only way to keep someone safe on a staircase. This solution takes personal security as well as aesthetics, space and style into account, bending the rules (literally, by using flexible mesh) in a way that won’t break the occupant’s bones. 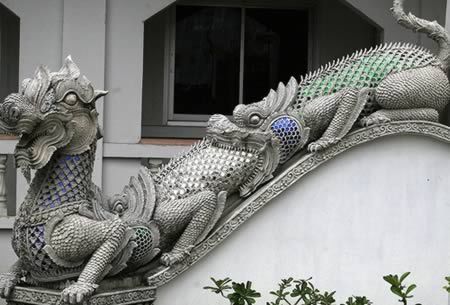 Exterior of Wat Bupparam Temple, with elaborate dragon stairway banisters and a statue near the doorway, on Tha Phae Road in Chiang Mai, Thailand. 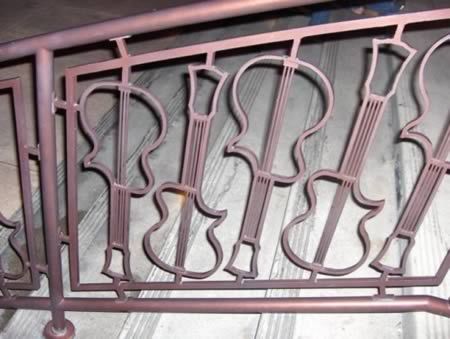 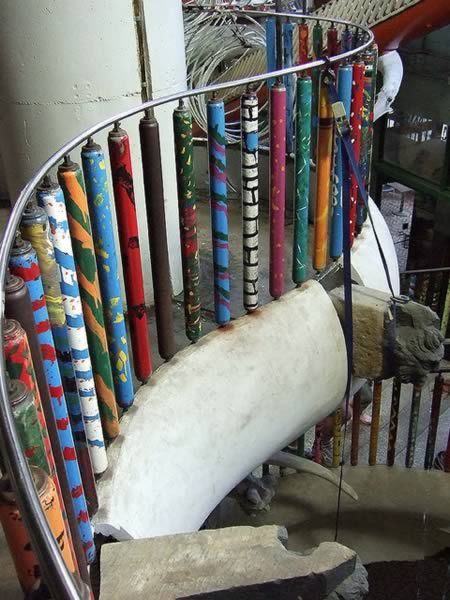