Odaiba is a large artificial island in Tokyo Bay, across the Rainbow Bridge from central Tokyo. It was initially built for defensive purposes in the 1850s, dramatically expanded during the late 20th century as a seaport district, and was developed since the 1990s as a major commercial, residential and leisure area. 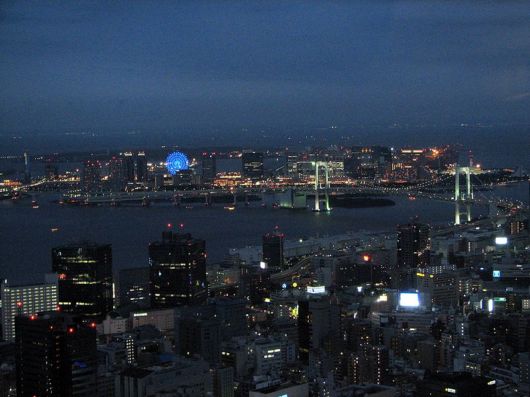 Odaiba and the Rainbow Bridge at night 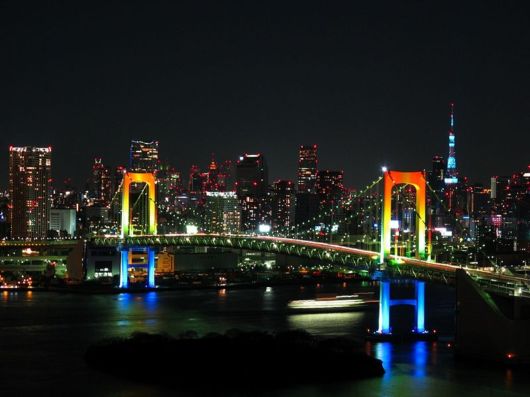 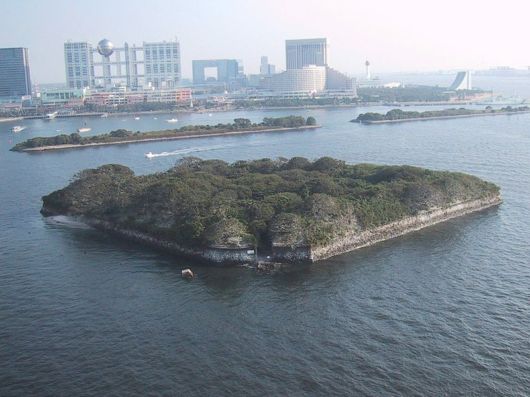 Dai-Roku Daiba or "No. 6 Battery", one of the original Edo-era battery islands, as viewed from the Rainbow Bridge. The developed area of Odaiba is in the background.

Odaiba at Night with Yakatabune boats 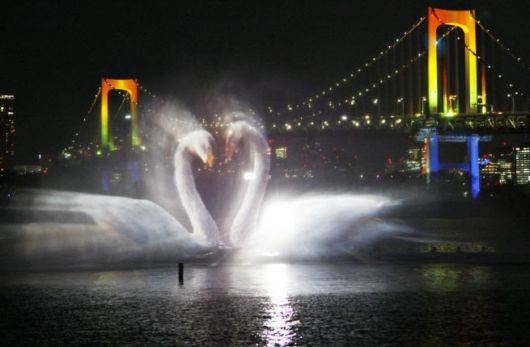 An image of two swans is projected on a screen created by a water fountain during a press preview of ?Odaiba water illumination? show. 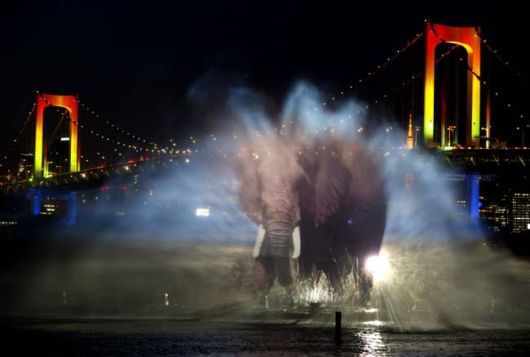 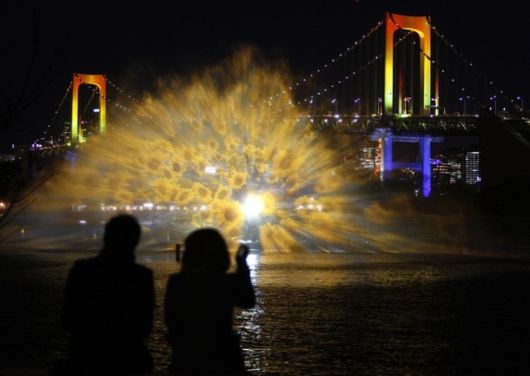